ForeVR came out of stealth today as a gaming company dedicated to developing mass-market virtual reality games for all ages and geographies. The startup has raised $1.5 million, and its first game is a VR bowling title.

The company was founded by industry vets Marcus Segal and Mike Pagano Doom, who both worked at Zynga. They are developing their first game, which is scheduled to be released in early 2021 on Oculus VR headsets.

Segal said in an interview with GamesBeat that VR is about to enter a new stage with the increasing accessibility and affordability of VR technology, thanks to the launch of the Oculus Quest 2 wireless headset. On top of that, he said VR should benefit from the need for socially distant entertainment options and the nostalgia for group games. The team aims to translate the most popular and classic “in real-life” games into addicting and compelling games you can play with friends and family, he said.

“I love VR. And I’ve been waiting for the right time, which for me was when there is a device that everyone could access,” Segal said. “And I think that the Oculus Quest 2 at just $300 blows this opportunity wide open. Bowling was really instrumental for the Wii, and we think that kind of game, where you could play with one hand, is exactly what VR needs. You pick up the ball and bowl. It’s a great place to start this accessibility revolution for VR. I was able to get my 81-year-old dad into it.”

ForeVR Bowl will debut in 2021. Overall, the company believes sports games will be a big opportunity in VR.

“Accessible games are really in my DNA from Zynga. I wanted to make games where we could basically make the audience for VR bigger,” Segal said. “If you look at what Zynga did for web games, we were able to make games that the grandparents could play with their grandchildren. And I really want to do that for VR, I want to make games where you can make a case that there will be a VR headset in every household. And the only way you do that is if you can make a game where the family could play it, like bowling.”

Sam Englebardt of Galaxy Interactive said in an email, “Marcus is at the top of a very short list of people I’d do almost anything to back. He made the decision even easier when he pitched us the idea for ForeVR and told our team he was partnering with Mike Doom. Their first game’s early build is already too addictive to put down, so I can’t wait to see what they do next. Whatever it is, it’s going to be really fun.”

Segal, who previously worked at Zynga, believes the opportunity is similar to the moment when the Nintendo Wii made games more accessible to everyone from toddlers to grandparents. Wii Sports was a huge hit on the Wii, and it’s no accident ForeVR is working on a bowling game, he said.

A long history in games 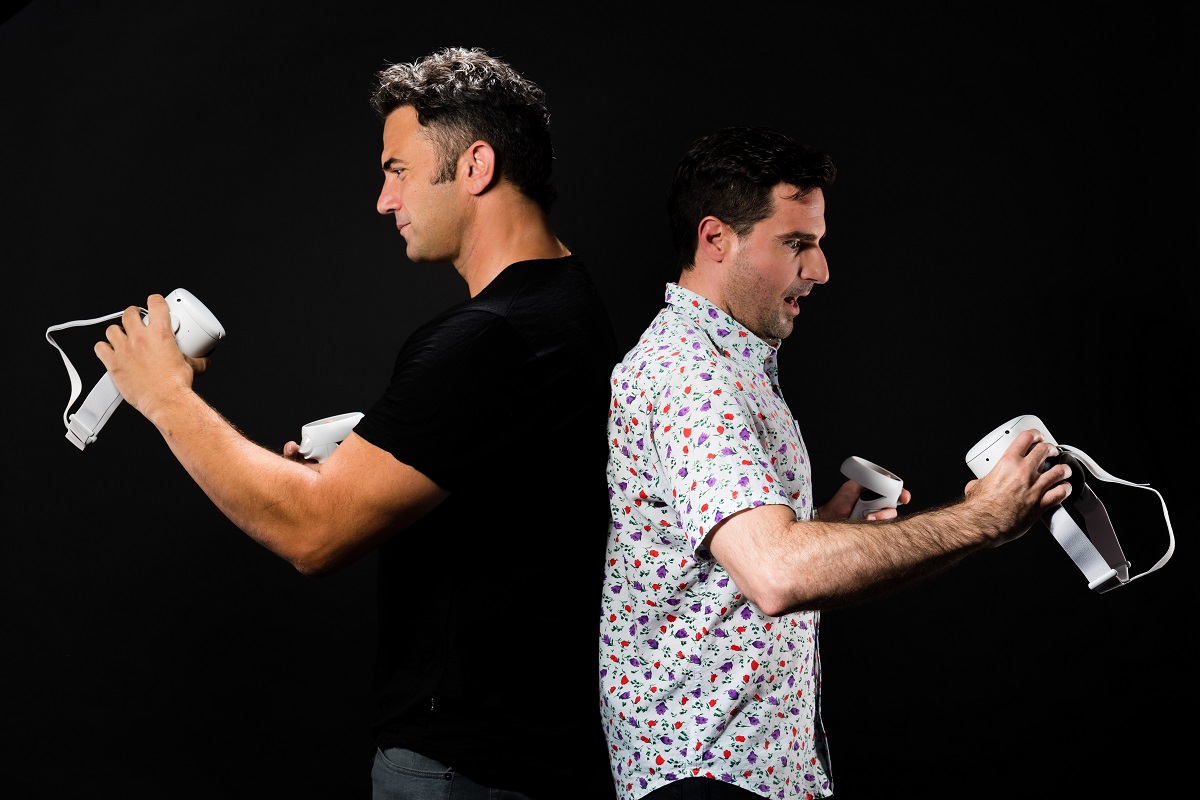 At Zynga, Segal helped pioneer social gaming as senior VP of global operations and chief operating officer of Worldwide Game Studios. He was part of the team that made it one of the fastest-growing companies ever to hit $1 billion in revenue.

“We can bowl a couple of games and then hand the headset over to my dad or a kid and have a family game night and stream it right to your TV,” Segal said. “You can also play with your friends across distances. Now, more than ever, I wish I could get together with my friends and have a bowling night and just hang out. It’s about to get really big on VR.”

Segal also cofounded and served as the COO for Vindicia, a technology company focused on providing advanced payment solutions for digital merchants (the company was sold to Amdocs in 2018). Segal served as COO of eMusic.com, where he championed music’s shift to digital and led the organization through their acquisition by Universal Music Group in 2003. Before he got into tech, he worked in TV and film and was a pyro-technician on Beastmaster 3.

Doom serves as the chief creative officer at ForeVR and previously founded and ran Pagano World, a consulting company that offered clients production and game direction insights on games such as John Wick Hex and Blair Witch. He was also a pioneer in mobile-first gaming as the founder and CEO of indie studios Built Games, creating games for partners such as Viacom and Turner Broadcasting.

Before his career as a gaming entrepreneur, Doom was general manager of the new casino group at Zynga. At Electronic Arts, Doom founded EA’s first free-to-play studio and led the production of the award-winning SimCity Social Facebook game. He also worked on some of the earliest and most widely played games out of Walt Disney Internet Group and Warner Bros. Online.

Segal had been investing in games until recently, but when he saw VR’s growth, he decided to jump back in. Market researcher Statista estimates that 42.9 million people in the U.S. will use VR at least once a month this year and gaming and entertainment media hold 40.5% of the VR market share.

“The combination of looking out for opportunities and seeing a big one here made me want to put together the right team and build something,” Segal said.