Waymo, Google parent company Alphabet’s autonomous vehicles division, just got a massive capital infusion from a coterie of investors. It today announced that it secured $2.25 billion in financing from Silver Lake, Canada Pension Plan Investment Board, and Mubadala Investment Company (the sovereign wealth fund of Abu Dhabi), as well as auto parts supplier Magna International, Andreessen Horowitz, auto retail giant AutoNation, and Alphabet itself. It’s an initial close on the company’s first round of funding.

Representatives of Silver Lake and the Canadian Pension Fund will join Waymo’s board as part of the investment, said Waymo CEO John Krafcik.

“We’ve always approached our mission as a team sport, collaborating with our OEM and supplier partners, our operations partners, and the communities we serve to build and deploy the world’s most experienced driver,” added Krafcik. “Today, we’re expanding that team, adding financial investors and important strategic partners who bring decades of experience investing in and supporting successful technology companies building transformative products. With this injection of capital and business acumen, alongside Alphabet, we’ll deepen our investment in our people, our technology, and our operations, all in support of the deployment of the Waymo Driver around the world.”

The news comes after a report by The Information revealed that Waymo nearly doubled its headcount to 1,500 employees, known as “Waymonauts,” from 800 about a year ago. The company’s annual cost is estimated at around $1 billion, while its robo-taxi business — Waymo One — reportedly yields just hundreds of thousand dollars a year in revenue. Waymo hasn’t shared the number of customers who have ridden in its fleet of over 600 vehicles to date, but it said last December that over 1,500 people are using its ride-hailing service monthly and that it has served over 100,000 total rides since launching its rider programs in 2017.

“Waymo is the proven leader in self-driving technology, is the only autonomous vehicle company with a public ride-hailing service, and is successfully scaling its fully driverless experience,” said Silver Lake co-CEO Egon Durban in a statement. “We’re deeply aligned with Waymo’s commitment to making our roads safer, and look forward to working together to help advance and scale the Waymo Driver in the U.S. and beyond.”

Google first started testing autonomous cars equipped with lidar sensors, radar, cameras, and powerful onboard computers on San Francisco roads as part of a stealth project in 2009. In 2016, the unit was rebranded to Waymo and spun out as an Alphabet subsidiary led by Krafcik, former president and CEO of Hyundai North America.

Waymo One hasn’t grown far beyond Phoenix geographically, but it’s moving incrementally toward a broader launch in the continental U.S. To this end, a Waymo One app for iOS launched late last year in the App Store. Like the app for Android, which launched publicly in April, Waymo One for iOS hails rides from almost any Phoenix-area location 24 hours a day, seven days a week. It prompts customers to specify both pickup and drop-off points before estimating the time to arrival and the cost of the ride. As in a typical ride-hailing app, users can also enter payment information and rate the quality of rides using a five-star scale.

Shortly after announcing a partnership with Lyft to deploy 10 cars on the ride-hailing platform in Phoenix, Waymo revealed that a portion of its self-driving taxis no longer have a safety driver behind the wheel. Completely driverless rides remain available to only a “few hundred” riders in Waymo’s Early Rider program, the company says. 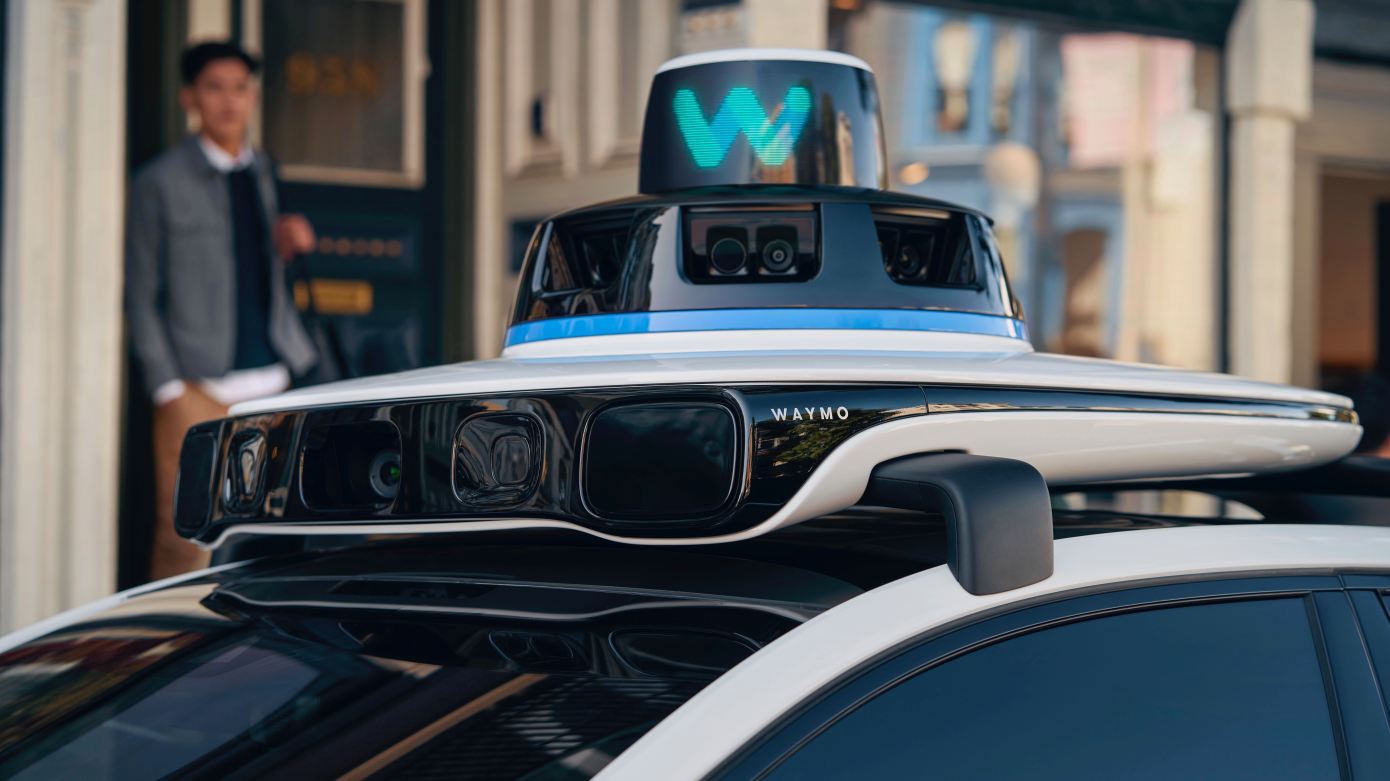 Waymo is poised to expand the size of its operations drastically in the coming months. It’s on track to add up to 62,000 Chrysler Pacifica minivans to its fleet and has signed a deal with Jaguar Land Rover to equip 20,000 of the automaker’s Jaguar I-Pace electric SUVs with its system by 2020. (A few of the I-Paces are currently undergoing testing on public roads in San Francisco.)

Later this year, Waymo also plans to release its latest autonomous driving system — the fifth-generation Waymo Driver — featuring a new lidar sensor design that’s “breakthrough” in terms of cost-efficiency. The fifth-generation Driver will also boast revamped radars and vision systems, as well as “all-weather” capabilities including defrost and wiper elements and a “significant upgrade” in onboard compute power.

According to marketing firm ABI, as many as 8 million driverless cars will be added to the road in 2025, and Research and Markets anticipates that there will be some 20 million autonomous cars in operation in the U.S. by 2030. Assuming Waymo maintains its current trajectory, investment bank UBS believes the company will dominate the driverless car market in the next decade, with over 60% market share.

That might be optimistic — Yandex, Tesla, Zoox, Aptiv, May Mobility, Pronto.ai, Aurora, Nuro, and GM’s Cruise Automation are among Waymo’s self-driving car competitors, to name just a few. Daimler last summer obtained a permit from the Chinese government that allows it to test autonomous cars powered by Baidu’s Apollo platform on public roads in China. Beijing-based Pony.ai, which has raised hundreds of millions in venture capital, launched a driverless taxi pilot in Irvine in October. And startup Optimus Ride built out a small autonomous shuttle fleet in New York City, becoming the first to do so.

In what might be perceived as a bid to boost its bottom line, Waymo recently announced it would begin testing self-driving trucks on “promising” commercial routes in the two U.S. states. Chrysler Pacifica vans retrofitted with Waymo’s technology stack will map roads ahead of driverless Peterbilt trucks as part of a project known as Waymo Via. Waymo describes Waymo Via — which was formally announced today — as focused on “all forms of goods delivery.” It encompasses both short- and long-haul delivery, from freight transported across interstates down to local delivery.

Separately, Waymo is actively mapping Los Angeles to study congestion and expanding testing to highways in Florida between Orlando, Tampa, Fort Myers, and Miami as it conducts self-driving truck pilots in the San Francisco Bay Area, Michigan, Arizona, Georgia, and on Metro Phoenix freeways (as well as on the I-10 between Phoenix and Tucson). And in the Metro Pheonix area, the company is piloting autonomous vehicle package transportation between UPS Store locations and a local UPS sorting facility. 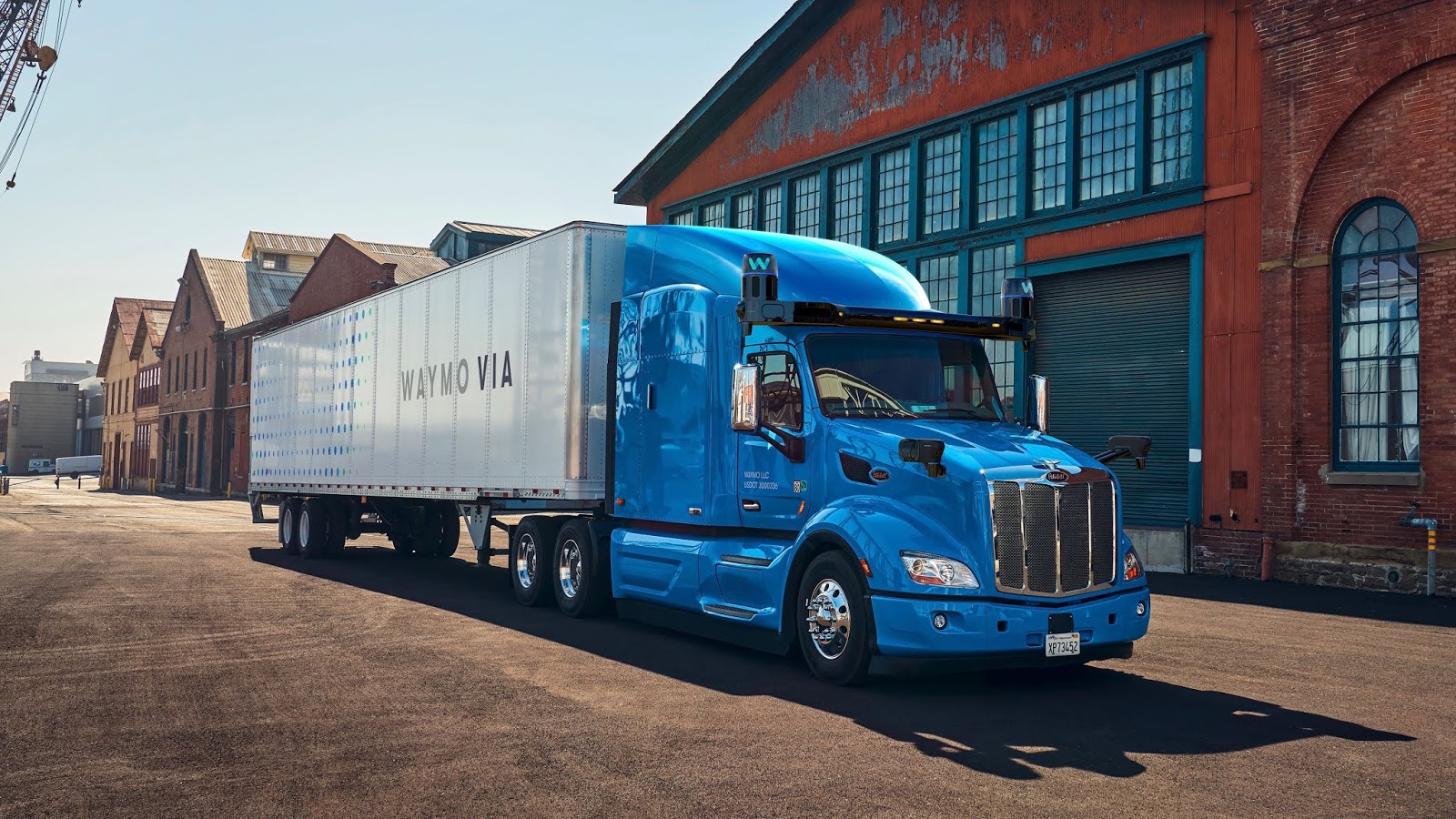 Demand for driverless trucks is strong. They are predicted to reach 6,700 units globally, totaling $54.23 billion this year, and they stand to save the logistics and shipping industry $70 billion annually while boosting productivity by 30%. Besides cost savings, the growth is driven partly by a shortage of human drivers. In 2018, the American Trucking Associates estimated that 50,000 more truckers were needed to meet demand, even after proposed U.S. Transportation Department screenings for sleep apnea were sidelined.

But Waymo has formidable rivals in TuSimple, Thor Trucks, Pronto.ai, and Aurora, the last of which attracted a $530 million investment at a valuation over $2 billion in February. There’s also Ike, a self-driving truck startup founded by former Apple, Google, and Uber Advanced Technologies Group engineers that has raised $52 million, and venture-backed Swedish driverless car company Einride. Meanwhile, former Battery Ventures VP Paz Eshel and former Uber and Otto engineer Don Burnette recently secured $40 million for their startup, Kodiak Robotics. That’s not to mention Embark — which integrates its driverless systems into semis and launched a pilot with Amazon to haul cargo — or autonomous truck solutions from incumbents like Daimler and Volvo.