Google today announced new features bound for smart displays like the Lenovo Smart Display, Nest Hub Mask, and the JBL Link View. Starting this month, the search giant is introducing an improved visual experience on touchscreen and the ability to set up multiple accounts. Google is also rolling out a feature that will proactively show upcoming meeting details, along with an auto-frame mode to keep the camera centered in Google Meet.

The slew of updates comes as voice assistant usage skyrockets during the pandemic. According to a study by NPR and Edison Research, the percentage of voice-enabled device owners who use commands at least once a day rose between the beginning of 2020 and the start of April. Just over a third of smart speaker owners say they listen to more music, entertainment, and news from their devices than they did before, and owners report requesting an average of 10.8 different tasks per week from their assistant this year compared with 9.4 tasks in 2019. According to a new report from Juniper Research, consumers will interact with voice assistants on 8.4 billion devices by 2024.

Beginning this week, Google Assistant on smart displays will feature a new Your Morning page that shows reminders for meetings, rundowns of the morning news, and the weather forecast. The page will evolve throughout the day to Your Afternoon and Your Evening so the recommendations remain timely, Google says. Meanwhile, a new Media page will suggest videos, shows, and content from music and video providers like Spotify, Netflix, Disney+, and YouTube TV. A Home Control page will surface connected devices throughout the house. And a Communicate page will offer shortcuts to start a meeting, call a household contact, or message people in another room using Google Assistant’s Broadcast feature.

Beyond the interface tweaks, users can now set up multiple accounts — including personal and work accounts — on Google Assistant-enabled smart displays. For example, on the Nest Hub Max, users can quickly tap or ask to join the next meeting by saying “Hey Google, join my next meeting.” It’s also now possible to cancel and reschedule Meet meetings and message others to ask if they need to find a new time (or if someone’s running late). And on Nest Hub Max, Meet will soon auto-frame to keep the camera centered when users move around. Google says auto-framing will roll out over the next few days for personal accounts on mobile and smart displays and in beta for businesses enrolled in the Google Workspace with Google Assistant Beta Program. 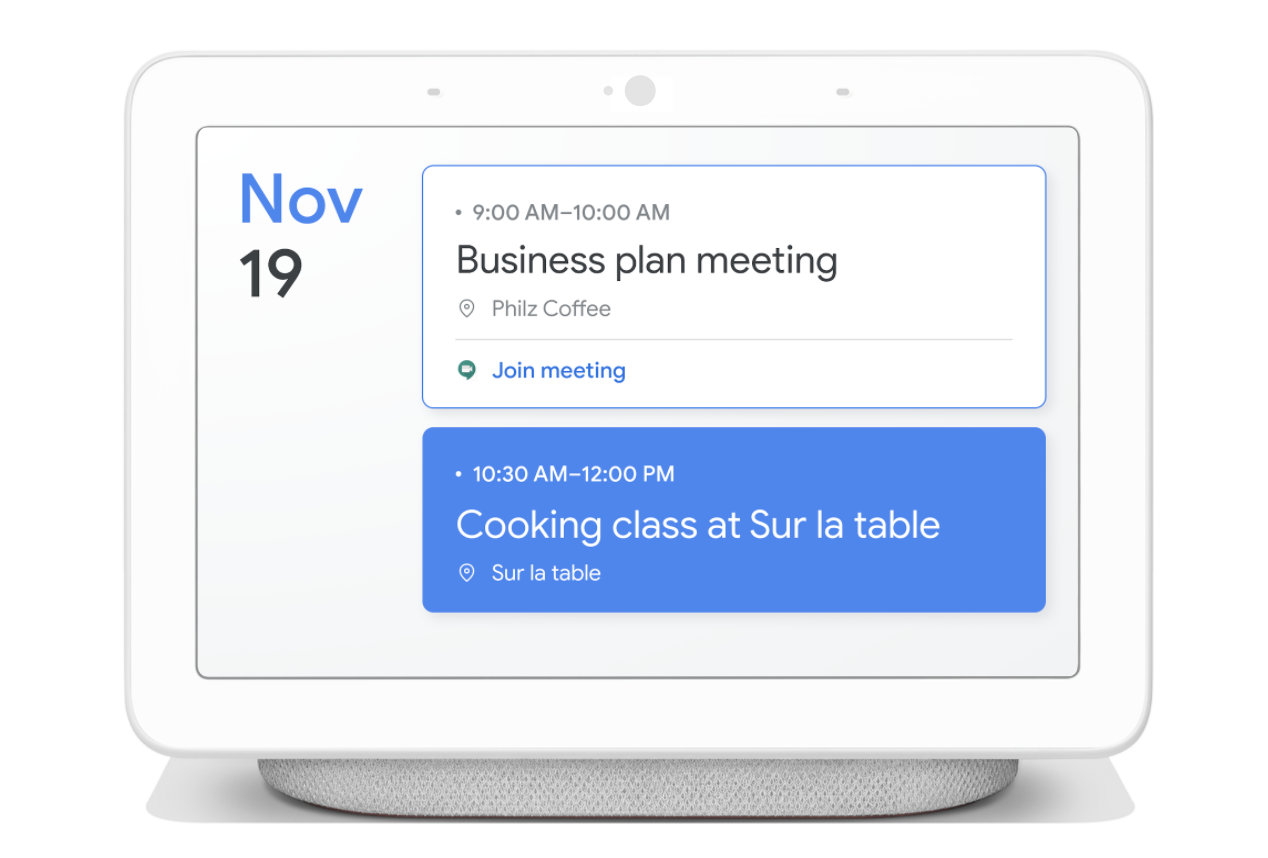 Sunrise Alarm, which is coming to smart displays “soon,” will gradually increase the brightness of the screen before the alarm goes off. It complements the relaxing sounds in Your Evening, which can be configured to fade out or play all night, and the new dark theme that changes the color scheme of the smart display’s interface to reduce light emission. 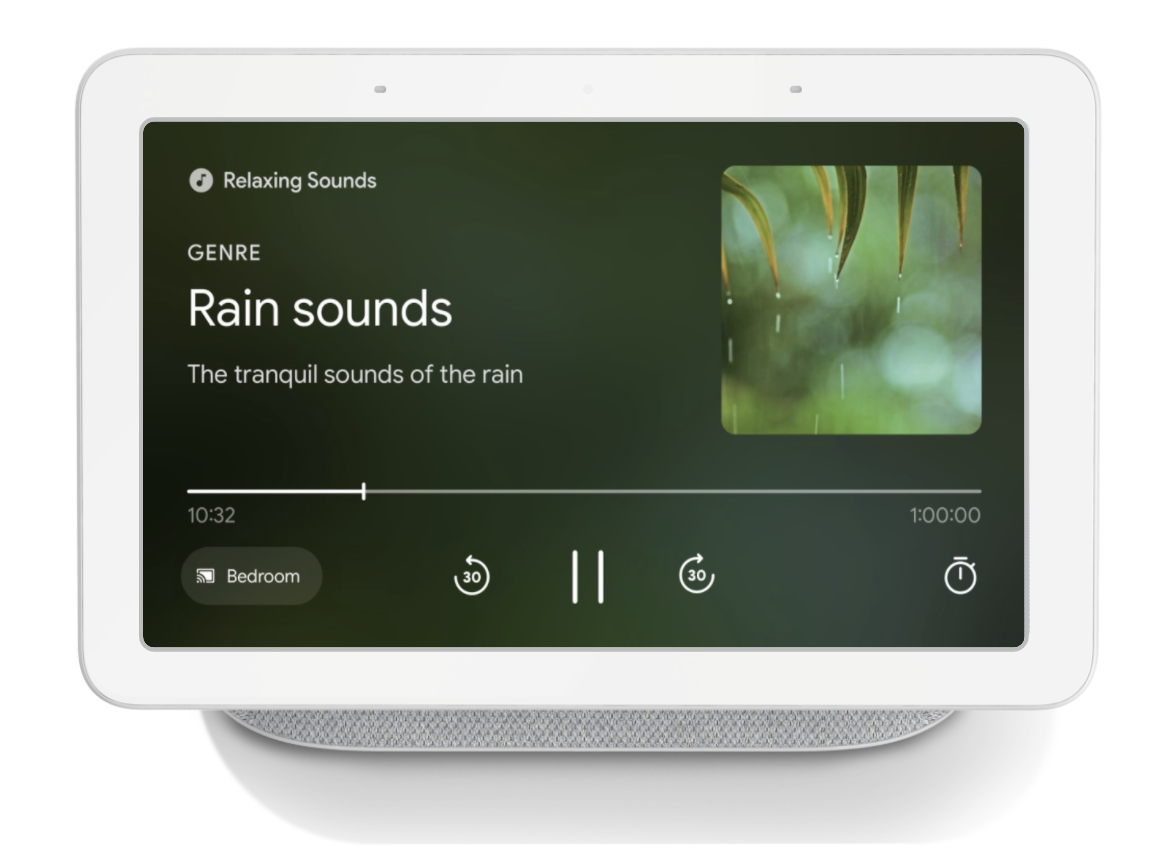 “We’re introducing a brand-new experience that builds on the smarts of Google and visually immersive capabilities of smart displays,” Google product management director Jack Krawczyk wrote in a blog post. “As our expectations for these devices continue to evolve, that screen sitting on your kitchen counter (or wherever) is increasingly becoming a hub that entertains and connects the whole home, all day (and night) long.”