Home » Reviews » Why We’re All Thirsty For Jessie In Pokemon: Mewtwo Strikes Back

Why We’re All Thirsty For Jessie In Pokemon: Mewtwo Strikes Back

The original Pokémon movie recently received a remake in the form of the Netflix title Pokémon: Mewtwo Strikes Back. While most of the general story beats stay the same, the art style received a drastic overhaul, with the original 2D animation being scrapped in favor of a full 3D CGI look. While most of the movie looks absolutely stunning in this art style, some say that the human characters all look a little… off. That they just don’t really sit right… except for one character who is different from the rest. Jessie is serving this entire film.

Look, don’t get us wrong here, Jessie has always been a baddie – no one was ever contesting that. However, for Mewtwo Strikes Back, she decided that the proper thing to do in 3D was to step on all of our collective throats with those fantastic thigh-high boots of hers. Thank god.

All of the Team Rocket members look kind of iconic in this film, but Jessie is on another level. To begin, Jessie is serving face. The hair is in the same iconic style that it’s always been, but that’s a given. However, the eyes, okay… might we say mesmerizing? The winged liner? Effortless. The eyebrows… such power. The powerful red lip? Taylor Swift is quaking. YouTube beauty gurus are scrambling to try and recreate her effortless look. 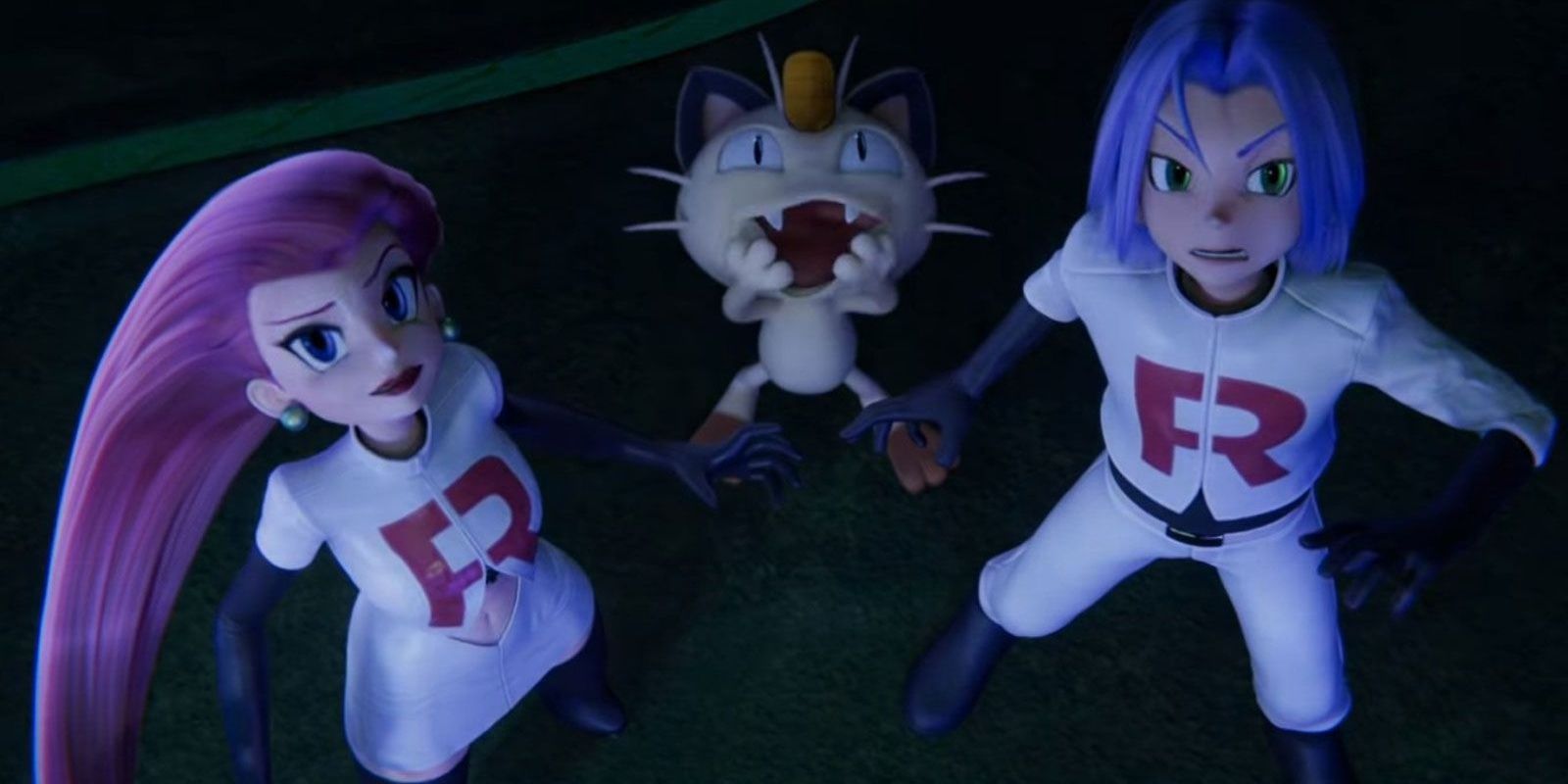 Let’s move on to the absolute body that Jessie is serving. Jessie’s usual Team Rocket outfit from the original anime carries over just as you’d expect, but… that 3D is just hittin’ right. First of all, having a waist? Jessie has never heard of her, snatched to infinity. Snatched to the Distortion World, if you would. The hourglass figure that we’re all screaming about is outfitted with an incredibly powerful skirt that pairs wonderfully with her cropped top. Sure,  Jessie has always had thigh-high boots, something about them in Mewtwo Strikes Back just makes them look even better. They tie the whole look together in the best way. Who doesn’t love a woman who rocks a sensible two-inch heel on her black leather thigh-high boots while committing crimes?

Basically, Jessie is the equivalent of an Instagram baddie in the Pokémon world. She really didn’t need to murder us like this, but here we are now. While every other human in this movie looks iffy at best (with James as the only other exception,) Jessie has never looked better.

Who knows exactly what happened here. Did the animation team decide that it was best to cut their budget on every other human character model in order to have a $10 million budget for Jessie? If so, they made the right choice, as everybody wins in this situation. Unfortunately, we’re unlikely to see this art style again any time soon, so we’ll just have to look back fondly at the serve after serve that Jessie gave us in Mewtwo Strikes Back for the time being.

Can you believe that she had the audacity to come into this movie looking like that while everyone else was an entire travesty? Iconic.