Home » Reviews » Why Do So Many Competitive Games Stop Me From Deranking?

Why Do So Many Competitive Games Stop Me From Deranking?

Nobody wants to drop down a rank – it’s a brutal reminder that you’ve either been playing too long and are getting tired, or you’re simply not good enough to hang with the big boys. Put simply: it feels bad. Imagine being a Gold-standard player, and then after a bad run of matches you’re suddenly just… Silver. You’re no longer Usain Bolt, you’re the runner who came second to Usain Bolt. Nobody remembers who came second to Usain Bolt, other than that guy and probably that guy’s mum.

However, deranking is important. It may feel shit to drop down a rank, but I guarantee that it feels worse if you’re being stomped by players above your skill level every match, no matter what game you play. It’s easier to improve – both your rank and your actual skills – when matched with players around your skill level rather than those who can outplay you in every possible way before you’ve even had a chance to think. However, there are more important reasons as to why sometimes you want to derank.

Take Apex Legends, for example. I’ve picked this purely because I play a lot of it, but you can replace the game with your favourite competitive shooter that doesn’t allow deranks and the example will work. Say you rank up from Gold I to Platinum IV, but suddenly you can’t win matches any more, and your squad can’t pick up wins. Your opponents in Platinum rank are just too good. No matter how much you lose, you won’t be Gold rank again until the ranks reset every six weeks or so. That’s a long time to wait if you’re getting consistently shit on every time you join a match. 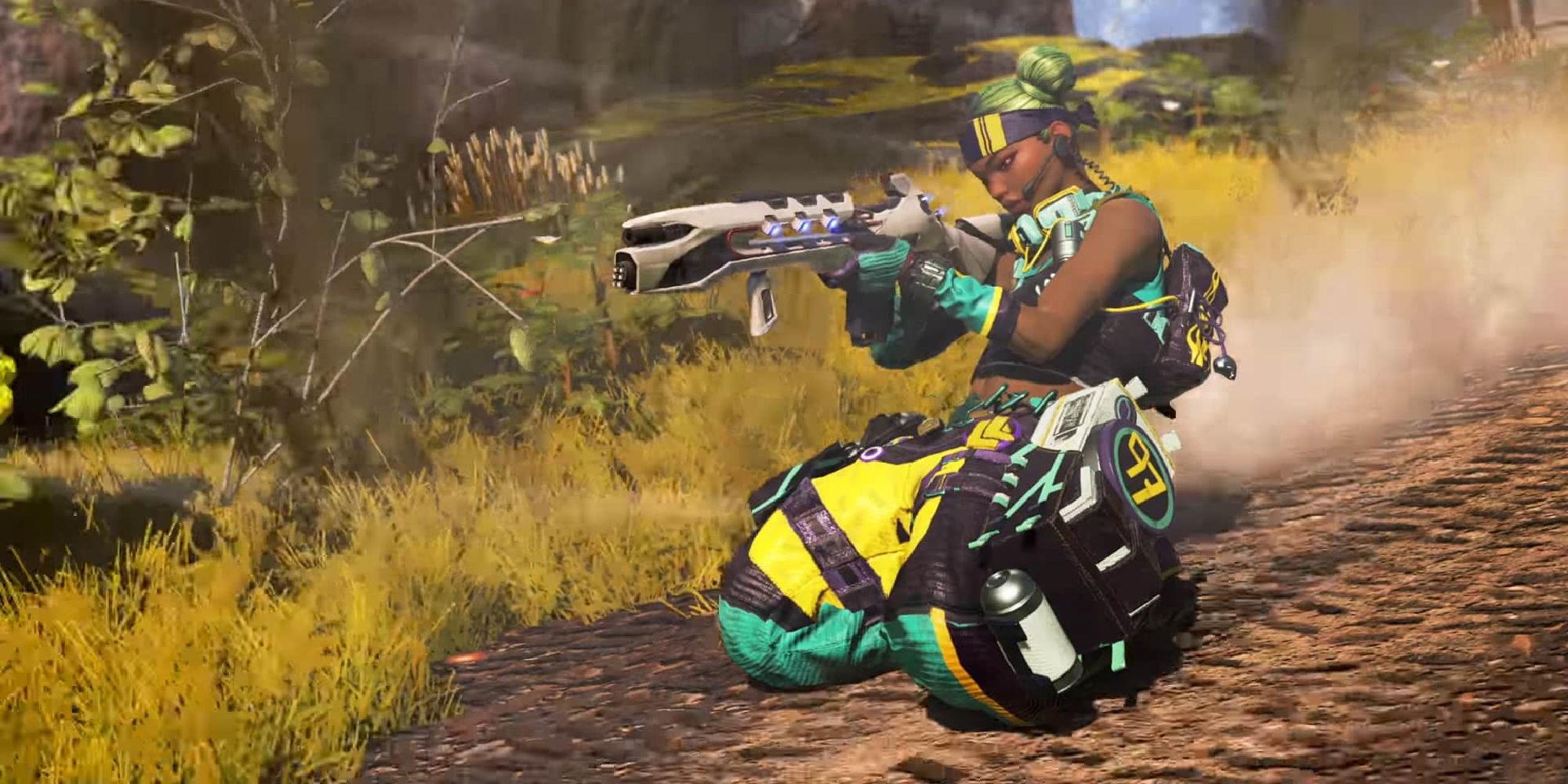 But the inability to derank creates problems for those at the top of the tree, too. Once you reach Master rank in Apex Legends, you’re pretty much the best you can be. A select few players are awarded the title of Apex Predator, but unless you’re an esports pro or full-time streamer, it’s unlikely you’ll get there. So, with Master rank secured and no consequences to dying quickly, what’s left to do? Meme.

Ironically, the highest level of Apex Legends ranked play is often home to the worst quality matches. Players hardstuck at the bottom of the rank will ape streamers or otherwise deliberately throw matches, which can be as annoying for their teammates as it is the players trying to seriously climb the ladder. You can see from the graph below that Revenant, a Legend known for his abilities to charge headfirst into fights without consequence, is used more in Predator and Master rank than in most Diamond ranked matches. 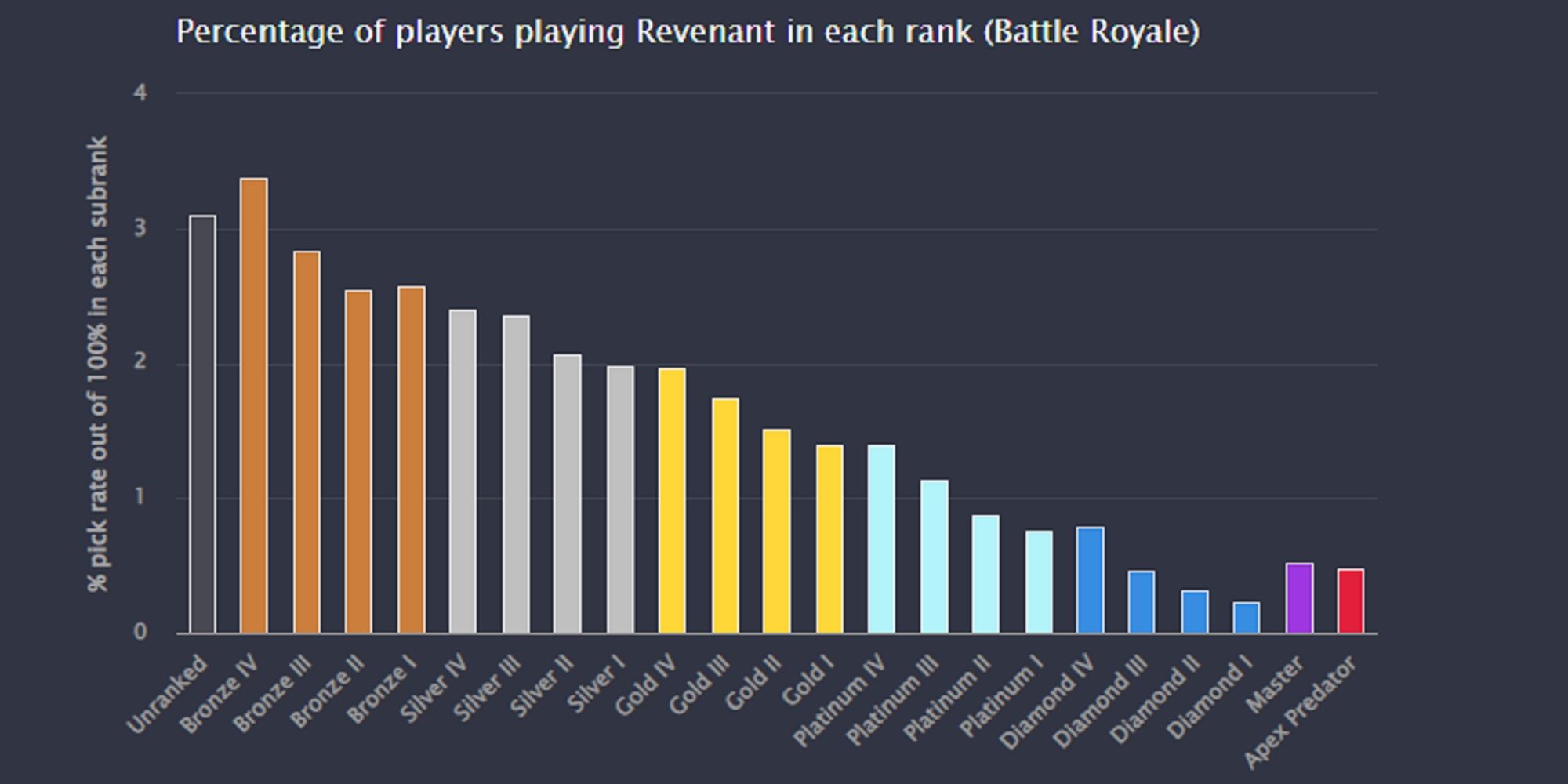 The robot assassin is a (relatively) popular choice amidst lower ranks, as farming kills is the quickest way to jump up to the more challenging levels, but at the point where matches should be their most strategic, Apex Legends descends into a kill race once more. Legends like Valkyrie still rule the roost for good reason, but you'll come across a fair few memers in your matches.

This isn’t just a problem limited to Apex Legends, however – it happens in any game where there are no deranks. Climbing the final few places into Master Ball tier on the Pokemon Sword & Shield ranked battle ladder (yes, some of us still do it) can pit tactical masterclasses against each other. You see players pulling out all the stops, making the wildest reads, and putting their all into making it into the highest level of ranked Pokemon play. Once you’re in Master Ball tier, however, it’s a sea of memes and you haven’t got a boat. 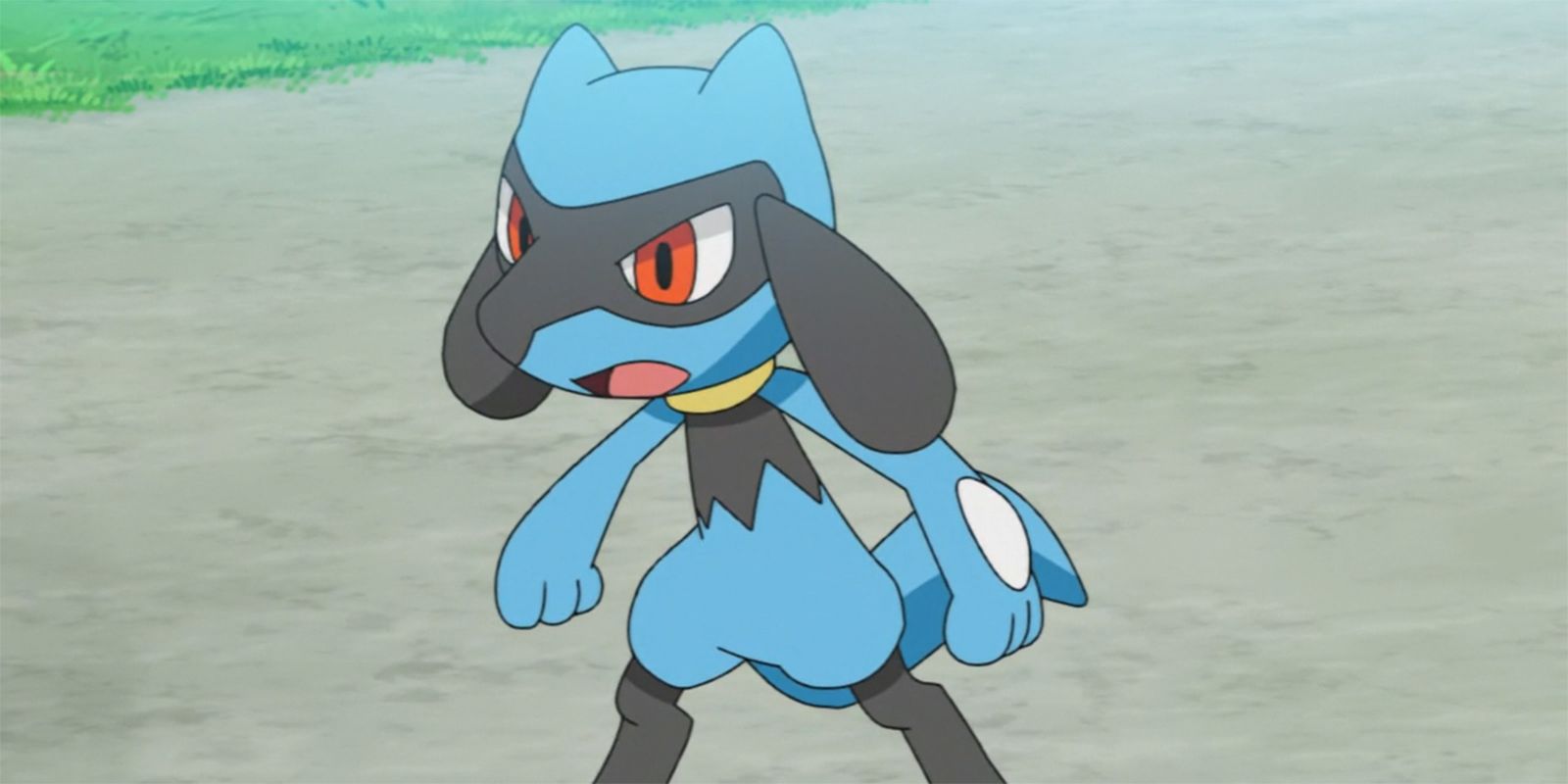 I’ve encountered Togedemaru, Riolu, and mono-type teams since reaching Master Ball tier, none of which I’ve seen when people are trying to rank up. Sure, it’s fun, but it also means that matches stop being competitive when you reach the top. There are unranked playlists for these kinds of teams, and yet they plague the highest levels of ranked play.

Whether it’s Apex Legends, Pokemon, or any other game with a ranked mode, deranking is an important part of keeping matches competitive. Not only will it allow you to battle it out with players of your actual skill level and therefore improve faster, but it will make the highest echelons of play truly tactical battles for players who are seriously interested in quality games. Above all, it will be more fun for everyone involved.