The Survival Horror Genre Could Learn So Much From Returnal

Nowadays it can feel like the survival horror genre is a little too scared to actually be, you know, scary. Horror is a titular element of the genre, but developers often wish to alleviate such qualities to ensure we aren’t so terrified that we refuse to even engage with it. Capcom recently said in an interview that it toned down the spookiness of Resident Evil Village so it could appeal to a wider audience, with fan feedback indicating that the previous entry was almost too unsettling. But isn’t that the point? This attitude is exactly how Resident Evil 6 ended up happening, and I really don’t want history to repeat itself.

I think its refusal to adhere to such a philosophy is what makes Housemarque’s Returnal so special. It isn’t a survival horror experience in the traditional sense, it’s a roguelite, but horror bleeds through every orifice until it carves a place in your subconscious long after the controller has been left alone. Selene’s journey across the alien planet is a morbid one, an exercise in futility as she tries desperately to uncover exactly why she ended up here, and why the landmass has a strange, unending fascination with her past. Stumbling upon her own corpses that slowly unveil more about the unfolding story is not only interesting, it’s pretty damn terrifying.

Returnal’s primary focus isn’t to frighten, but it achieves such a thing because the worldbuilding and atmosphere is so palpable, a quality that is further emphasised as you’re forced to trudge through its biomes again and again in search of the truth. Paranoia begins to set in as a result of this repetition, the environment shifting around you to accommodate new discoveries that only make this alien planet feel even more otherworldly. Much like Hades, Returnal uses its genre as a robust storytelling tool, blending repeating runs into the game so it becomes an inseperable part of the universe. 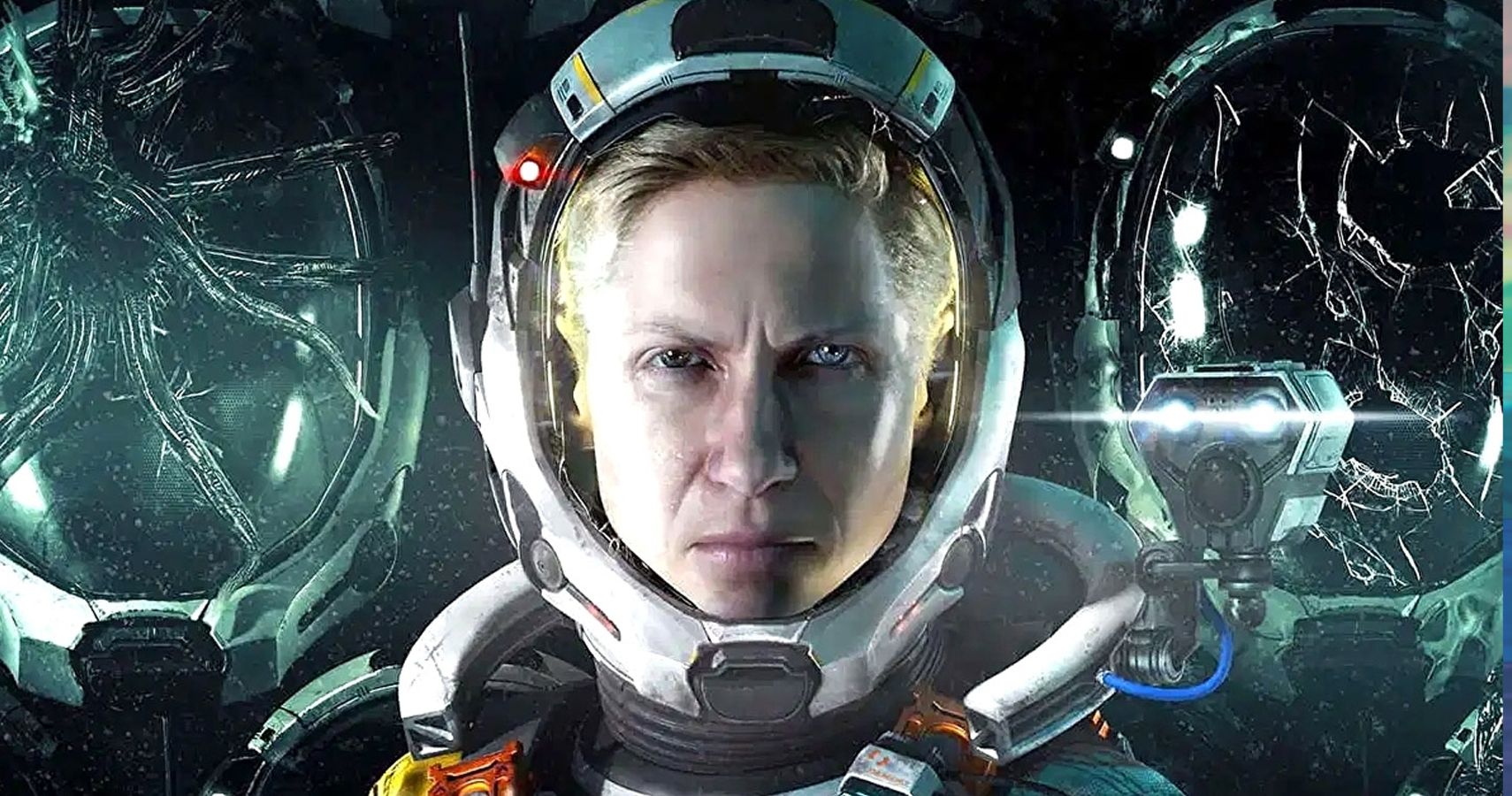 Selene will begin to comment on cryptic audio logs and familiar corpses she comes across, finding an unusual sense of peace in the circumstances she has found herself in. There is no conceivable way home with her ship scattered into broken pieces, so the only option is to move forward and pray that some salvation awaits in the wastelands ahead of her. I’m yet to finish the game, so I can’t speak to exactly where the narrative goes, but I adore how morbidly welcoming the whole affair manages to be.

It’s much like Ridley Scott’s Prometheus, where the truth behind our hero’s plight is both the best and worst conclusion for them in the grand scheme of things – and given their current position, it’s also the only way forward. That film fucks itself over something fierce before the conclusion, so hopefully Returnal can actually stick the landing. Regardless of how it ends, Housemarque’s fiendishly difficult project shares so much with the Alien franchise and other traditional examples of horror, choosing to make you feel uncomfortable with gradual revelations across its mythos instead of burdening you with lazy jumpscares and goofy boss battles. 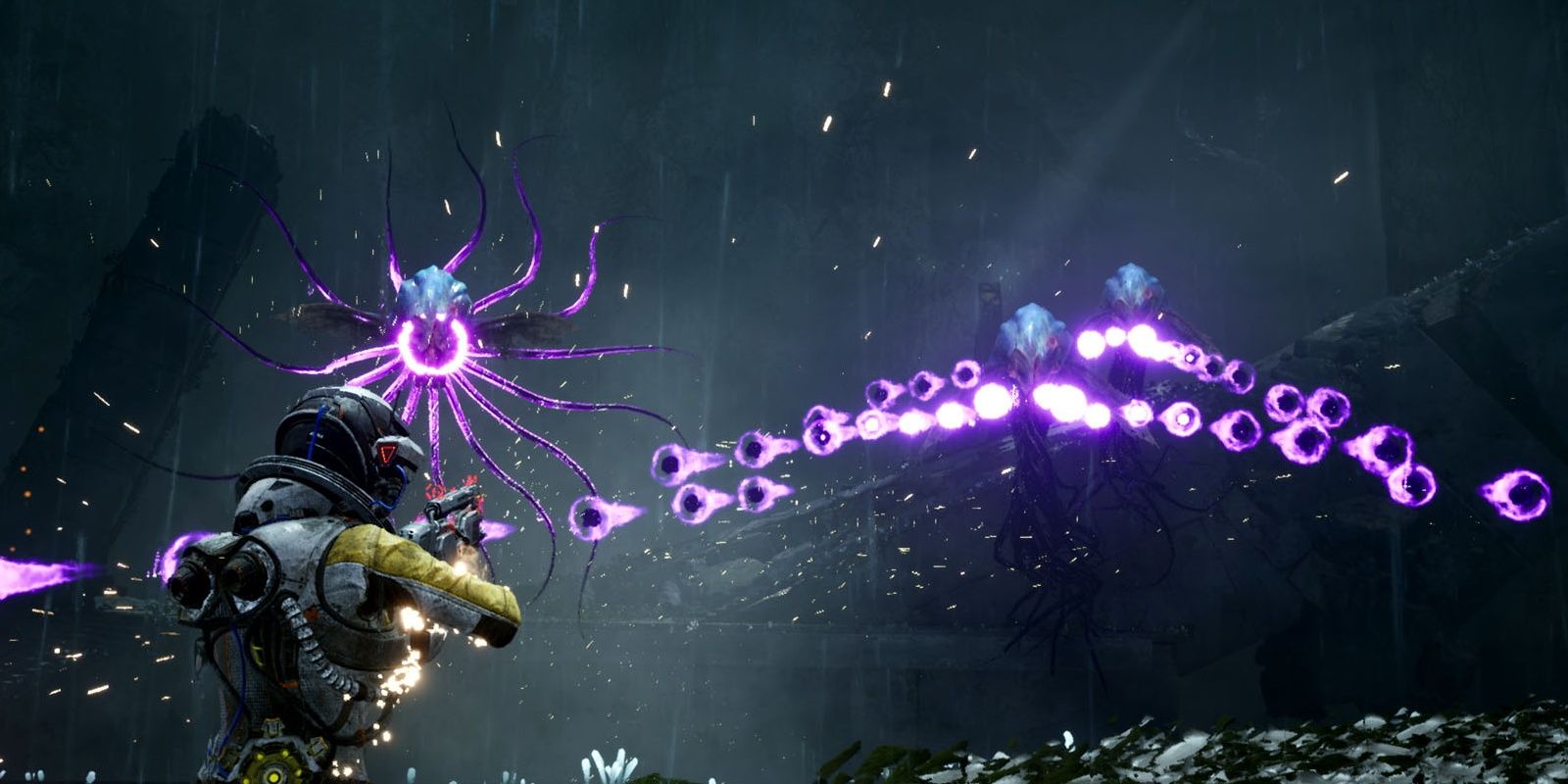 This is where Capcom’s Resident Evil Village stumbles most. With the exception of a few standout moments, it is far more shooter than horror. It isn’t willing to challenge you with enemies and obstacles that play on your deepest fears, choosing instead to place an assault rifle in your hands alongside plenty of ways to defend yourself. It’s still an excellent game, but one that abandons what the series used to be all about. It feels like history repeating itself in the worst possible way, and I hope future entries will return to the anxiety that defined Biohazard’s finest chapters. Since right now – the last thing I want is an FPS that occasionally unsettles me with a jumpscare. Take a page out of Returnal’s book, or several – survival horror will be better for it.