The Art of Crash Bandicoot 4 is a new coffee table book that collects and chronicles an enormous amount of concept art from the making of Crash 4. The comprehensive tome is as much about the history of designing the visual style of the game as it is a display of artwork. The talent and passion of the entire art team is practically exploding out of every colorful page of this 300+ page collector’s book. For a lifelong Crash fan like myself, The Art of Crash Bandicoot 4 is a must-have addition to any gaming collection.

The Art of Crash Bandicoot 4 is very much a companion volume to The Art of Spyro Reignited Trilogy, an art book that made to commemorate the release of Toys For Bob’s remake of the original three Spyro the Dragon games. Both books are of equal size, shape, and length, and look even better on a shelf together. The Art of Crash 4 even references Spyro Reignited a few times, especially when talking about the early stages of developing the style and visual themes of Crash 4. In the chapter about designing Crash, artist Nicholas Kole describes an adjustment period for the art team after wrapping up Spyro Reignited. While the games and characters have some obvious similarities, Spyro’s world is one of fantasy and storybook charm, while Crash’s world is one of chaotic, cartoony energy. Finding the right style for Crash was one of the team’s highest priorities. 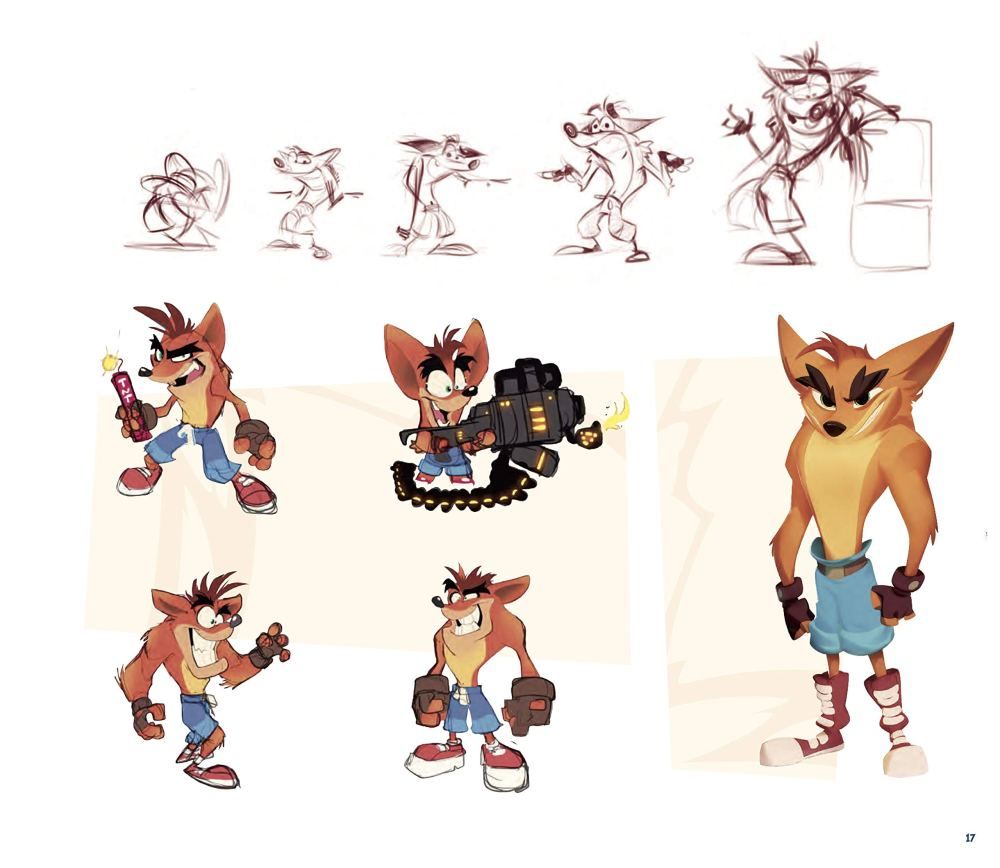 The biggest similarity between the two books is just how obvious it is that these characters are extremely beloved by the Toys For Bob developers. Even though Crash 4 is a totally new game in the series, unlike Spyro Reignited, authenticity was still a major concern for the team and something they strived for with every tweak and iteration of the characters. Some of the biggest Crash fans in the world worked on Crash 4, and it’s clear from the descriptions and passages in this book that they were only interested in doing the game if they could do it right. The thing I loved most about reading this art book is how much their love for the characters and the world comes right off of the page.

Like The Art of Spyro, The Art of Crash offers a comprehensive look at concept art and designs for every aspect of the game. The book offers intimate details about the design process of the characters as well as never-before-scene concept art that show the evolution of the designs over time. Each character: Crash, Coco, Cortex, Dingodile, and Tawna, as well as all four of the new masks introduced in Crash 4, gets their own little chapter and that highlights the process with which they were designed and a number of interesting and sometimes surprising facts. 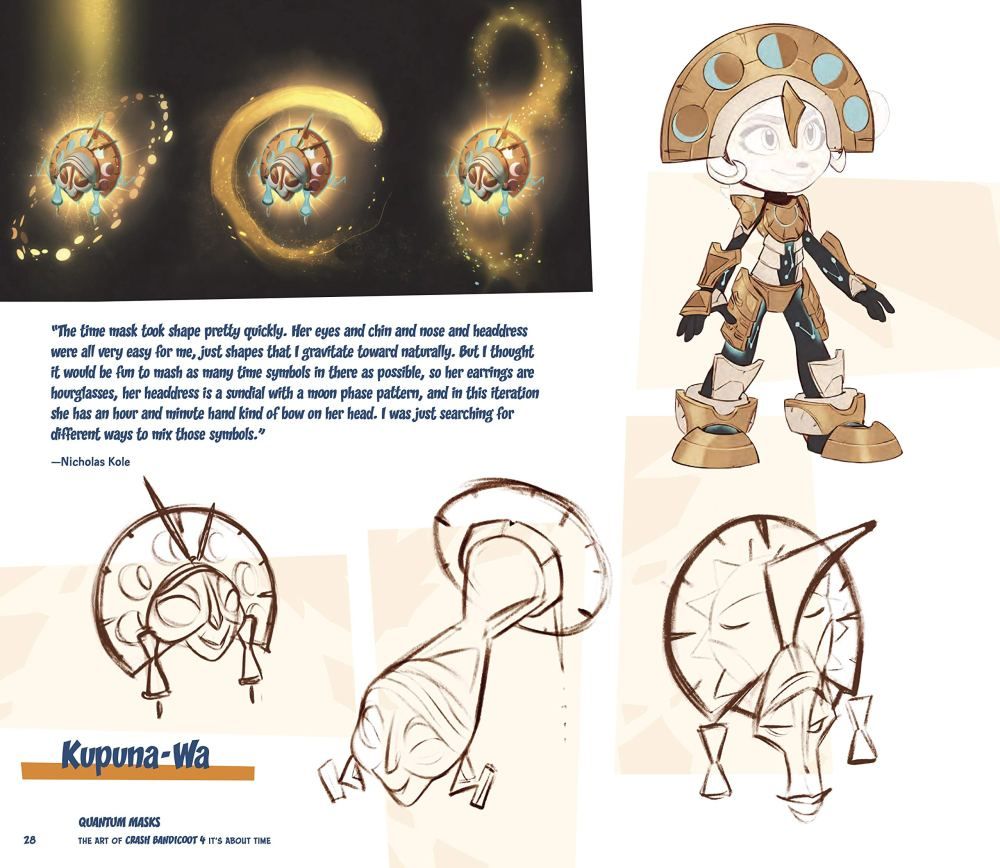 I really enjoyed learning more about the masks as they were completely original to Crash 4. The book does a great job of drawing your attention to the little details you may have missed from the game. For example, while Ika-Ika (the gravity switch mask) is obviously designed to look like two arrows pointing in opposite direction, I didn’t realize until I read the book that the top arrow has a mountain motif while the bottom arrow has a wave motif. Kole explains that that design gives the mask a color break but also tells a story of sky and ground, mountains and water. That’s a really cool detail that was lost on me when I played the game.

Past all the characters (and a really cool storyboard) is the Level by Level section. The Art of Spyro Reignited had this too, and I’m just as impressed by it this time around. Every single one of the 43 Crash 4 levels, including the boss fights, is given at least one dedicated page in the book with concept art and a blurb that either explains some intentionality behind the design or just a fun fact about the development process. Some of the particularly remarkable levels, like Draggin’ On for instance, are given up to six pages to show off the beautiful concept art used to create them, sometimes even including gorgeous 2-page spreads that would make for really beautiful wall art all on their own. Many of the game’s cutscenes are storyboarded throughout this section in full color. 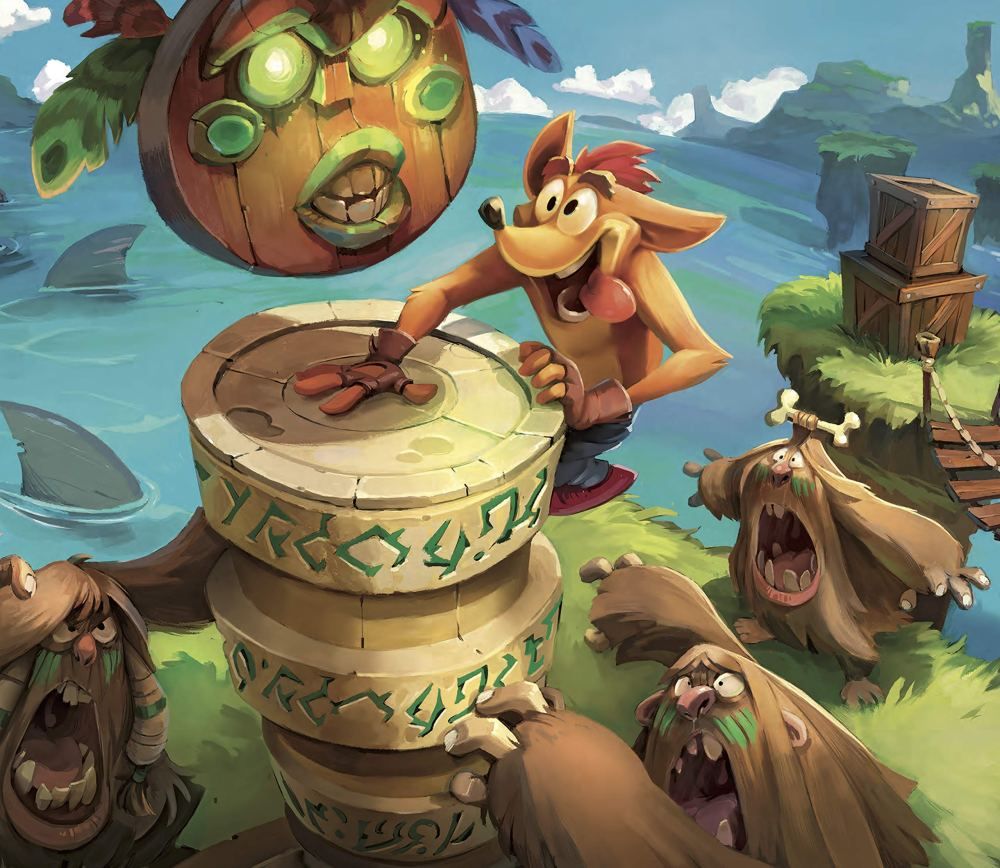 The book is an absolute visual treat from beginning to end. In fact, as an extra treat, the book ends with a slightly-reordered version of Crash 4’s 100% bonus ending in which all the characters are given an ’80s movie-style “where are they now” ending, complete with beautiful 2-page artwork that shows even more details and easter eggs than the cutscene in the actual game. It’s sort of it’s own bonus ending to the book, which is a perfect way wrap up this fantastic collection of art and history. 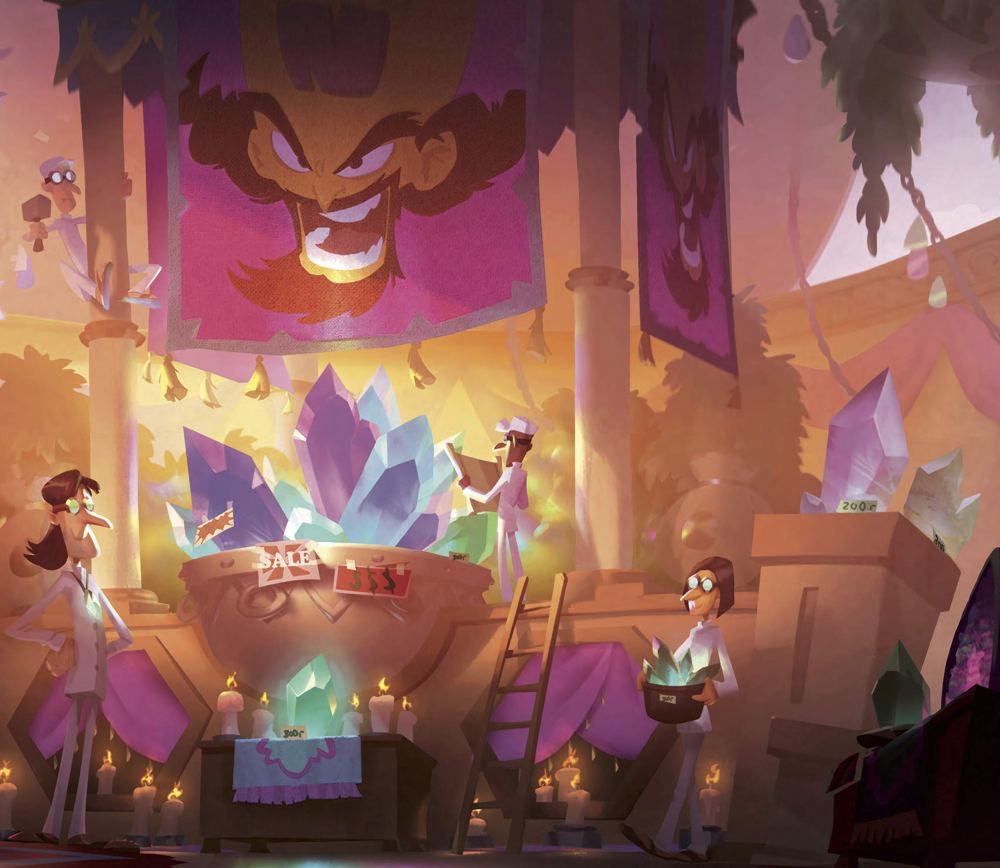 The Art of Crash Bandicoot 4: It’s About Time is available starting December 8, 2020. Pre-orders are available now at Amazon and local book retailers.

READ NEXT: How Crash Bandicoot’s Road To Nowhere Came Back To Ruin My Life 20 Years Later