Spooky season has come and gone, unless you lump 2020 as a whole in as a year-long spooky season. No one would hold it against you, I’d wager. Festival and concert season, on the other hand, didn’t even happen at all this year due to the global lockdown. That’s where Strobophagia | Rave Horror – from developer and publisher Green Tile Digital – comes in. At least, that’s where the game attempts to come in. Strobophagia | Rave Horror attempts to combine elements of classic survival horror with psychedelic rave visuals and puzzles of the macabre, but as good as the game looks, it’s not quite the fun festival-going experience that I recall from years prior to 2020.

In Strobophagia, you’ll take on the role of a concert-goer at the Headless Rave Festival, ready to take in free beer and EDM light shows until your heart’s content. You’re given a phone that assists you with where to go and what to do, which while clever at times, is a bit cumbersome to navigate. Eventually, you’re forced to escape the entire situation, leading you through dark areas illuminated only by bright neon lights as you make your way through the game encountering creepy characters and solving puzzles. 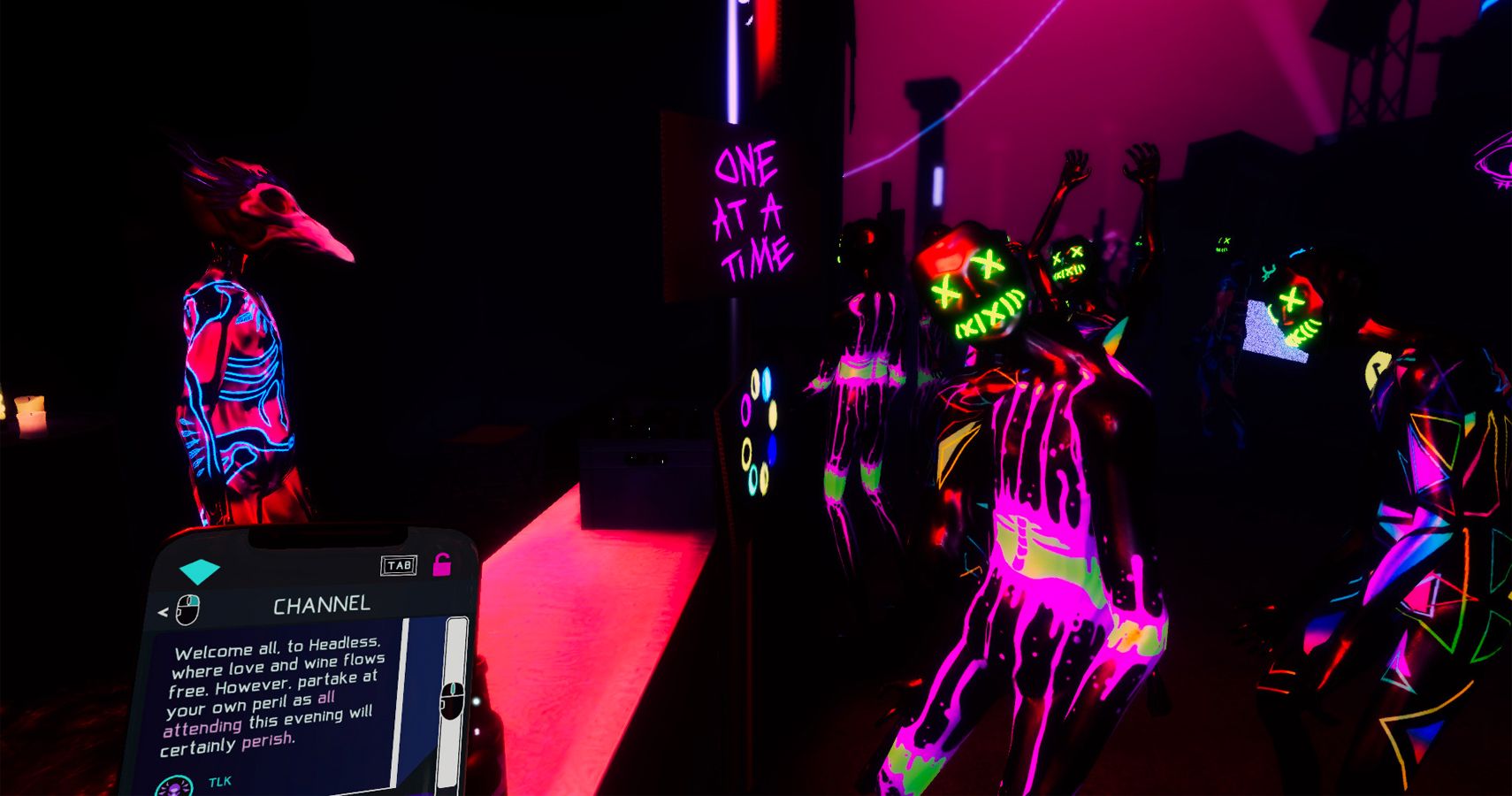 The sights and sounds of Strobophagia are, for the most part, pretty good. The music (which is also available separately as an 11-track soundtrack) is enough to get the blood pumping; the entire soundtrack drawing inspiration from different subgenres of EDM. The visuals give off an oddly nostalgic sort of vibe. Whether I’m standing in the middle of a dark, crowded dance floor surrounded by towering speaker setups, venturing away from the music into seedy backroom areas, or even just making my way past the scattered about port-o-potties, Strobophagia does well to give off a concert-going atmosphere. Unfortunately, that’s about where it ends in terms of what it does really well. Everything else is kind of hit or miss.

Using your mobile device as the primary source of navigation makes sense, especially in a festival atmosphere. However, so much of the gameplay relies on burying your head in your phone that it takes away from the actual in-game experience. You’ll be using it to figure out where you need to go in each area, as well as using it to solve the game’s puzzles through various hints – the puzzles themselves being decent enough, featuring more logic-based solutions instead of the more in-your-face type of puzzles. I already spend far too much time staring at my phone as it is in real life, though. I don’t have any need for a cell phone simulator video game. 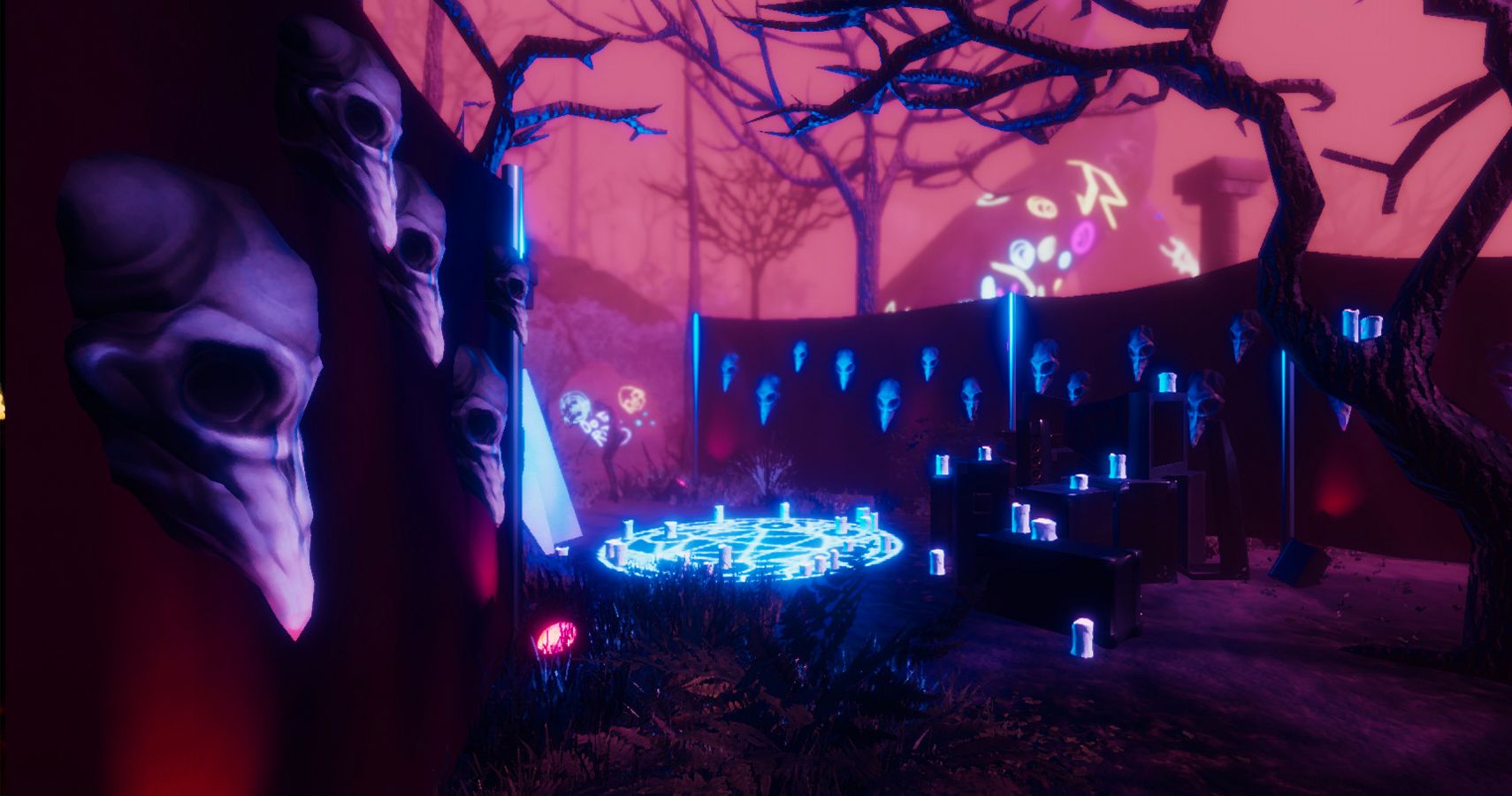 As far as the horror aspect, it too has its moments of brilliance, but Strobophagia feels less like psychedelic horror, and more like a bad come down from a night of debauchery. Most of the time, it’s a weird and uncomfortable feeling that takes hold more so than fear. That said, there are a few moments of impactful suspense and horror that genuinely make me freeze up like a deer in the headlights.

If I were to use a single word to describe Strobophagia, it would be “confusing.” With good music and puzzle mechanics, there’s a solid foundation for what the game is trying to be. It just feels too disconnected to stand on its own as a single cohesive unit. 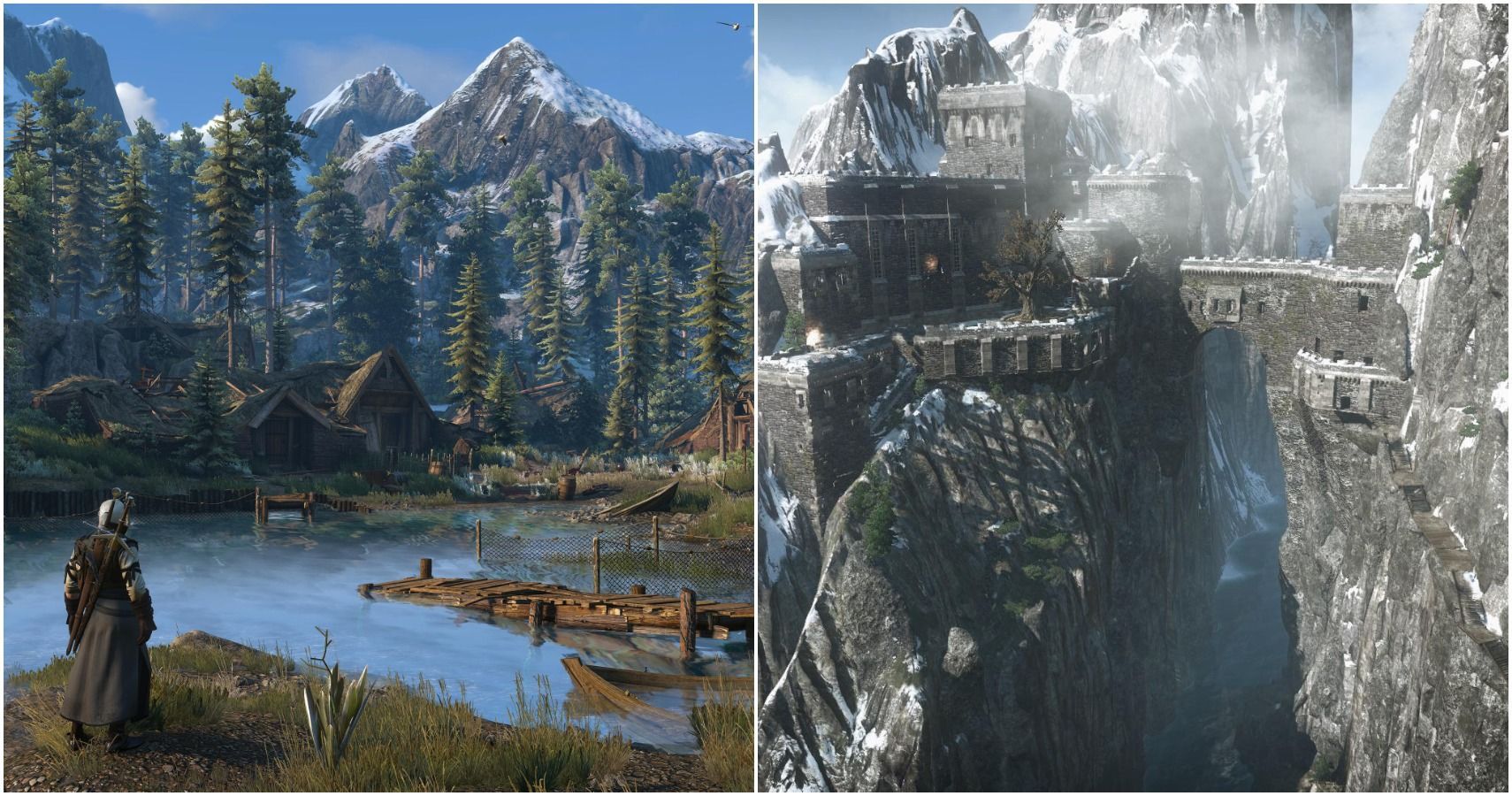