Since Lara’s debut in 1996, the Tomb Raider series has always built on itself. After three direct sequels, the series wandered a little with pseudo-prequel Chronicles and the bold experiment of Angel of Darkness. After this came Anniversary, which was half a remake of the first game and half its own thing, before Legend and Underworld went back to traditional sequels. In 2013 however, the tenth game in the series ditched everything that came before in favour of a hard reboot. Will Kerslake, then-senior designer at Crystal Dynamics, was part of the team that took Lara back to basics.

This reboot kept a lot of the Tomb Raider-ness intact – we still played as Lara, she was still an archaeologist, and the games retained the puzzles, action, and traversal the series helped cement as a gaming mainstay. However, other elements changed with the title. As the continuity was essentially reset, we saw the youngest version of Lara in a main game, with the Survivor trilogy, as it came to be known, exploring how Lara became a tomb raider. It also ditched the globe-trotting of the past and confined her to more restricted locations to be explored slowly.

Related: Mass Effect, Halo, And Animal Crossing: Tomb Raider Devs Talk Dream Lara Croft Crossovers“Part of that comes from wanting to make large locations that the player can explore and then later gain tools to traverse in new ways,” Kerslake says. “There was also a narrative desire to really push Lara to accomplish her goals through her own grit and determination and isolating her to a location helped reinforce that.”

Choosing a single setting offers a very different challenge. While earlier Tomb Raider games could explore a variety of exotic locations and give players a taste of settings from all around the world, the Survivor trilogy was more restricted. Each title’s single location had to be enough to sustain an entire game, and so building these places had to be more methodical. 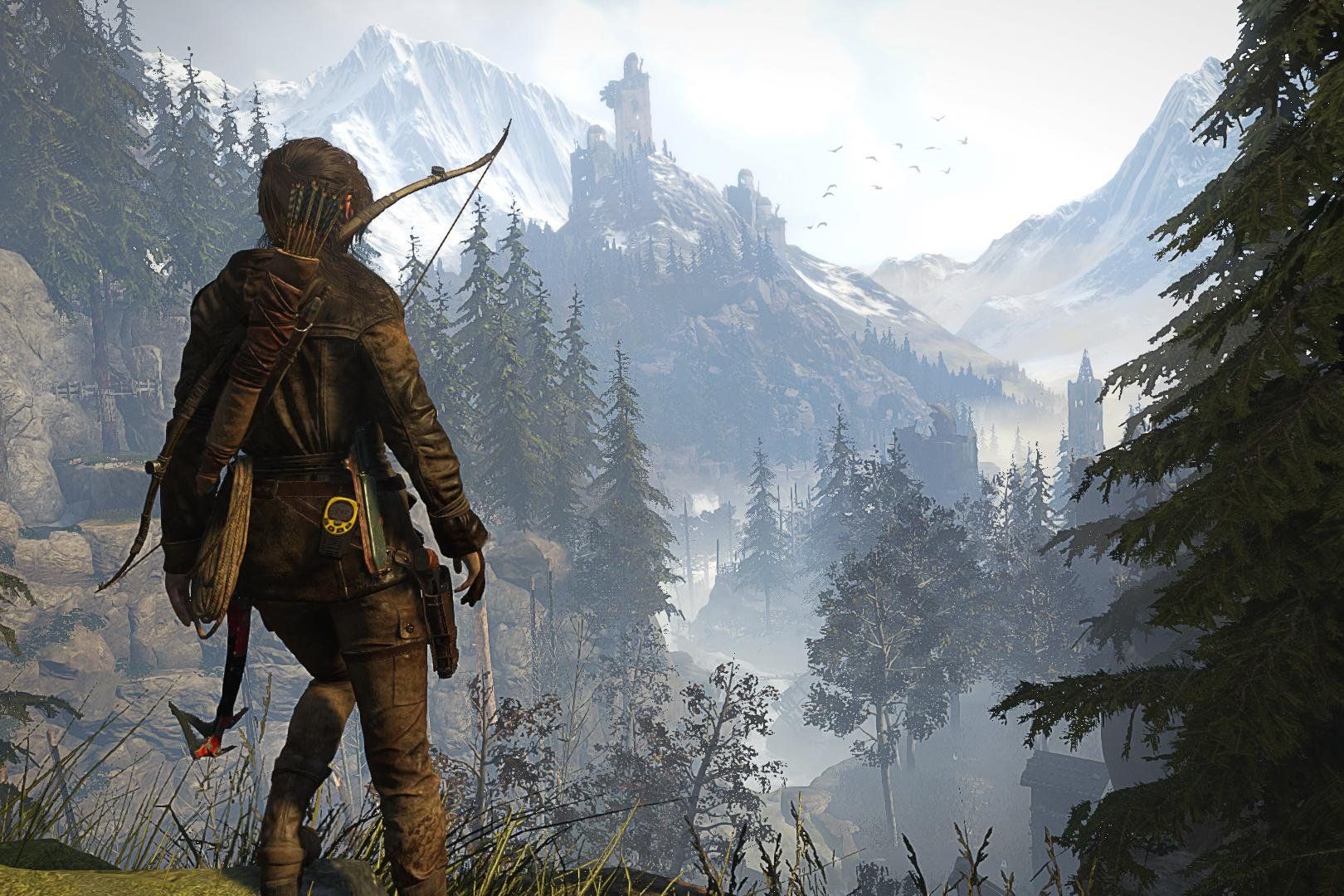 “Part of the early development of all the modern Tomb Raiders is finding an interesting myth or legend that we can connect with, ideally in an exciting location,” Kerslake says. “Everything else starts to build out from that, so once a core element like Kitezh or Himiko is chosen then the rest of the choices build to serve that myth or the story about Lara’s development that happens in relation to the adventure. We often look for building in layers of history, on top of the myth, thinking about what happened to the land after its ancient use all the way up to the point that Lara arrives.”

This single setting approach was maintained across the Survivor trilogy, although both Rise and Shadow do feature prologues elsewhere. While Tomb Raider introduced this bold new direction, many fans would argue it was Rise of the Tomb Raider, the second entry in the trilogy, that perfected it, and Kerslake sees the way 2013 title informed its sequel.

“The clarity of purpose of being trapped on the island in 2013 was extremely effective at evoking an emotional response for players,” he says. “I personally found the balance of the gameplay mechanics and the mix of tombs, cinematic moments, and open hubs in Rise the most enjoyable, as it was a refinement of what was created for the 2013 game.”

Of course, a single setting brings knock-on effects to the rest of the game. Some players feel the Survivor trilogy is a little light on tombs, often using shorter puzzles compared to the Original era, or funnelling them onto optional paths rather than as part of the main story. Kerslake, however, sees the whole thing a little differently. 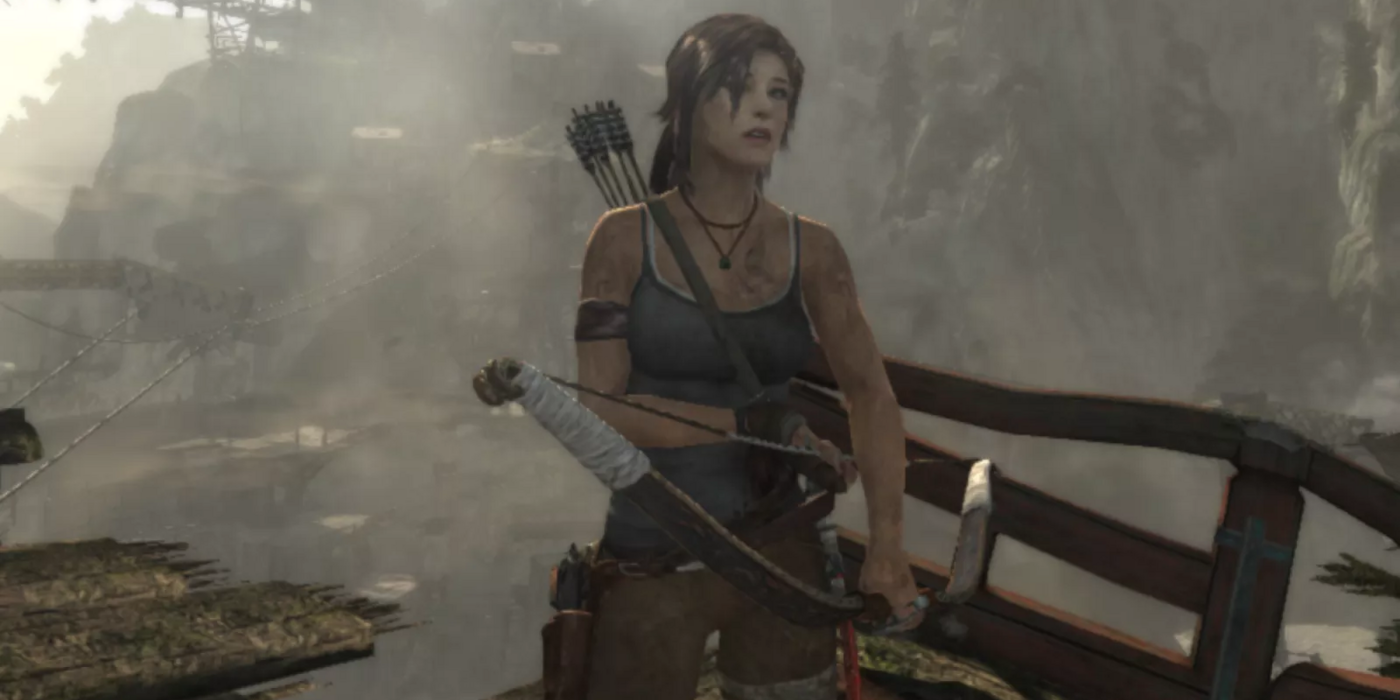 “It’s true that in the escape from Yamatai in 2013, there were not a lot of explicit ‘tombs’, although you could view the entire island as the resting place for Himiko,” he says. “Rise has a significant amount of tomb content both on and off the main path, while Shadow leans into tweaking the concept of ancient ruins by creating a lost but still living city in Paititi.”

The final change that came with the Survivor trilogy was the shift to a more action-oriented focus, leading to more gunplay. As Kerslake points out, Lara has always been known for her twin pistols, but even while the Survivor trilogy embraced the pick-axe and bow as Lara’s go-to weaponry, the increase in action has been notable.

“All of the Tomb Raider games have had Lara with guns, the dual pistol combat of the original game was a signature piece,” he says. “But it’s true that there was a lot of combat against human enemies in the Survivor games, while particularly the original Tomb Raider mostly focused on animal encounters like wolves, bears, and the T-Rex.

“One of the goals for the last three games was to ground the mythology into the real world. This meant the more exotic mythological characters like the Oni or Deathless would only make an appearance late in the game. So it was natural to lean into human enemies as a primary source of combat encounters since they can represent a range of interesting gameplay threats unlike natural animals which are limited to melee attacks.”