The Pokemon video games have been around almost as long as I have. But, while I’ve gone from baby, to boy, to manchild who gets paid to write about toys for a living, Pokemon has remained relatively unchanged. Sure, it gets a new lick of paint and some cool gimmicks, but since Abilities in Gen 3 and the Physical/Special split in Gen 4, no mainline game has been groundbreaking. The spin-off titles are great for experimental new mechanics, though, so go play them. I’m not here to write about what I want from the series going forward – although I have already made some demands about height and changing Pokemon stats – I just want us all to appreciate how absurdly cool the move animations in Gen 2 are.

While the graphics and music in Pokemon games have obviously come a long way since the days of the Game Boy Color, the newer generations lost a lot of the style that made generation two special. Gold, Silver, and Crystal had the best move coolness-to-tech available ratio, and it isn’t even close.

For what it’s worth, even though Gold was my first ever Pokemon game, I don’t think Gen 2 is the best designed out of the series, I actually think overall it’s pretty poor. The gyms severely underuse the host of new ‘mons introduced in Johto and the wild Pokemon and trainers are all woefully underleveled throughout the game. But the move animations are second to none in this generation because they take advantage of every ounce of potential available to them.

Back then, there were no fancy 3D sprites or animations, you got some colour on a flat screen and you were grateful for it. Let’s take a look at Leer. In the modern games, the battle camera zooms in on a critter’s face and they sort of squint a bit. Rubbish. Back in Pokemon Gold I clicked it and saw my tiny Totodile shoot freakin’ laser beams from its eyes. Absolutely buckwild. Scary Face uses a very similar animation, and it scared the shit out of kid me. The sound that accompanies these moves really elevates them, too. It’s the same high-pitched charging noise used in Solar Beam, so it really does make it seem like a laser.

How about Absorb? It’s had some nifty particle effects added to it over the years that mark it as a restorative move, but in gen two you see tiny green orbs make a circle surrounding your Oddish grow larger as you drain your enemies of their vital essence. Agility. There was a move where you could feel the need for speed. Blue lines would dash past the fight as your Pokemon glowed due to the friction caused by the air resistance. Remember Minimize? The move that actually made your Pokemon teeny tiny for the rest of the battle. That doesn’t happen anymore. 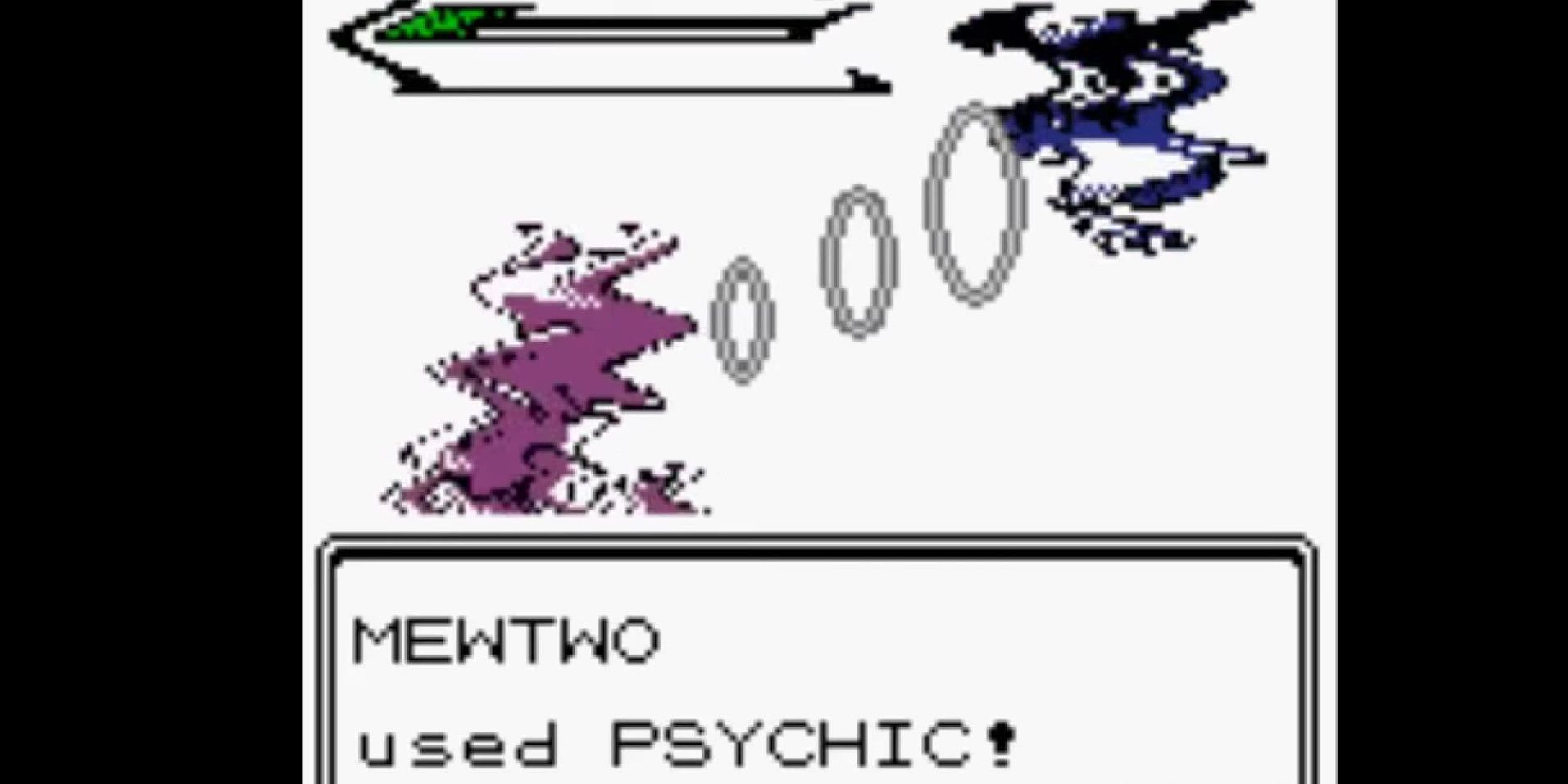 Strength, the move that could literally shift boulders in the overworld? That move saw your strong teammates pure lob a giant stone slab at their opponent. Belly Drum had a bit of rhythm to it too, which was a nice touch compared to today’s clinical version. Bite and Clamp looked truly vicious, with jagged fangs chomping down on the enemy, and moves like Blizzard, Powder Snow, and Ice Beam have icicles that looked like Rupees from a Zelda game swirl around. Bubble was a great one too, showing a collection of frothy spheres slowly and menacingly make their way across the battlefield to inflict damage. What about Seismic Toss? Just roll your opponent up into a ball and chuck them in the air, why don’t you?

All those moves were great, and stylistically fit the aesthetic of the generation and the Game Boy Color perfectly. But the moves that really stand out to me to this day are the ones that utilise the full screen for maximum effect. Surf, Aeroblast, Confuse Ray, Shadow Ball, and Nightshade are all strong contenders for coolest move. 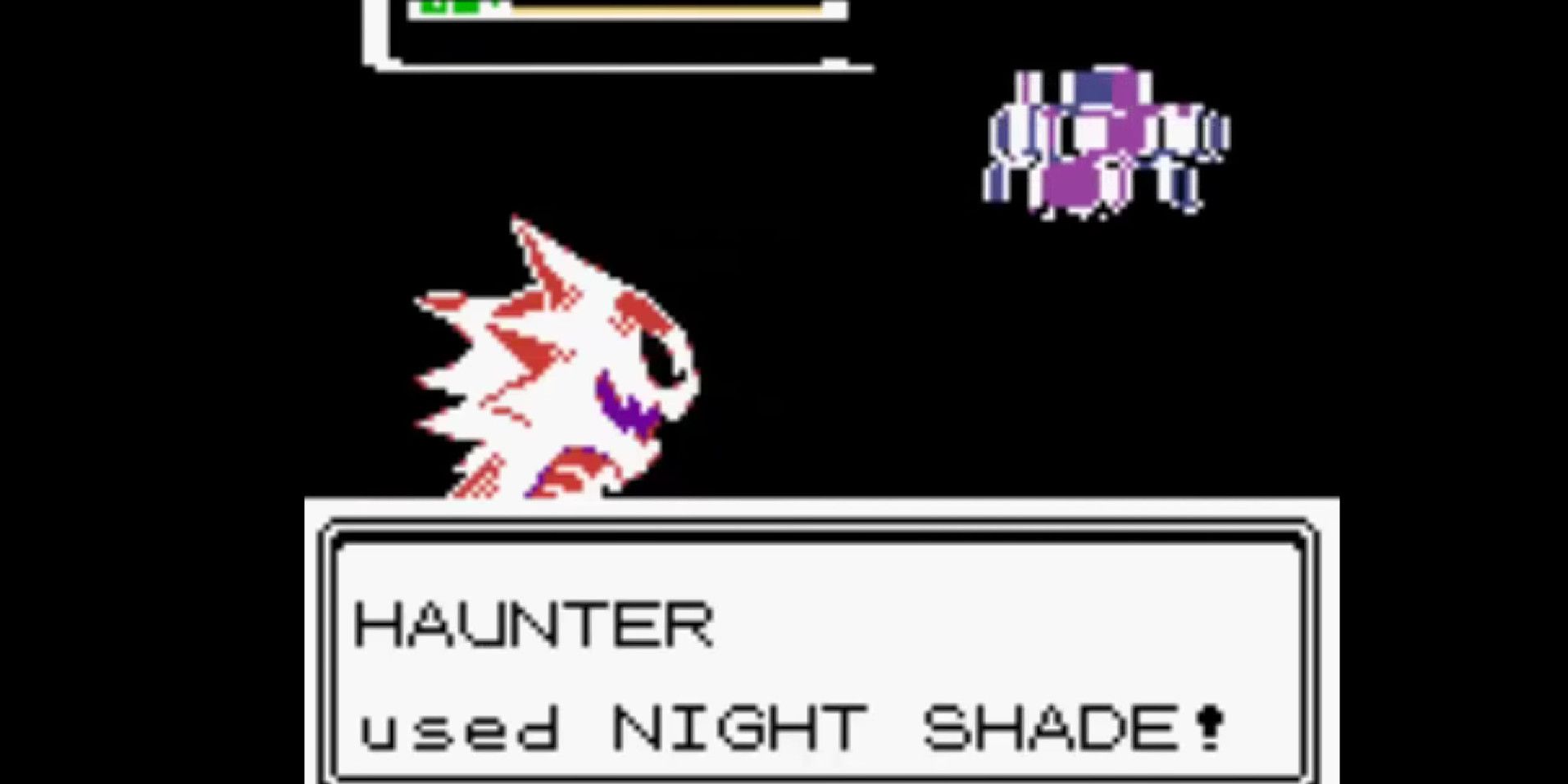 Surf sends a blue wave up the screen that distorts everything below it as if it's underwater before it crashes back down, mimicking the tidal wave effect the move has. Confuse Ray sends a spinning sparkle at your enemy as the screen flashes between various photonegative states – truly, a confusing move. Night Shade also uses this photonegative effect but combines it with the distortion of Surf to make it seem even more sinister. Seriously, Haunter using Night Shade is horrifying.

And then there’s Aeroblast, Lugia’s signature move. If anything looks like a death ray from a divine god of the sea, it’s this thing. An orb charges up as a deafening screech sounds and a beam of pure energy is sent into whatever foolish ‘mon dare opposes the mighty guardian. The screen shakes and goes photonegative as the attack goes on. It’s awe-inspiring. It’s a move that has definitely killed weaker ‘mons. It’s very similar to Hyper Beam, and while some people may lash out at ‘lazy devs’ for copy-pasting moves, reusing assets is a necessity with such limited memory. Remember when we could fit a dozen games worth of saved data on an 8MB memory card? Pepperidge Farm remembers.

There are so many good moves, like Psybeam, Psychic, Psych Up – don’t even get me started on the other letters of the alphabet. I love them all because they really made the most of what they had available to them. Moves in the new games may have more effects and be in full 3D, but they don’t capitalise on the Switch’s potential in the same way gen two moves eked everything they could out of their small Game Boy Color cartridges. I’d love to see fully realised animations for each ‘mon like you get in other RPGs, but Pokemon sells no matter what, so I doubt we’ll see that anytime soon.