Home » Reviews » Pokemon: Mewtwo Strikes Back Is A Masterclass In Absurdism

Pokemon: Mewtwo Strikes Back Is A Masterclass In Absurdism

I remember watching Pokemon: Mewtwo Strikes Back when I was four years old. My parents weren’t impressed — the cinema was filled with screaming kids (remember when we could actually congregate indoors?), and they weren’t necessarily sold on Ash’s plight to become a Pokemon master. I imagine most of the other parents in the room felt similarly, and nobody above the age of ten was invested in Pikachu’s desperate attempts to Thunderbolt a frozen-in-stone Ash back to life.

Let’s zoom in on that last sentence — Ash died. This was a movie aimed at kids between the ages of four and ten, and its protagonist was brutally murdered in the middle of a battlefield where innocent Pokemon were pitted against powerful clones of themselves. The entire plot of the film is to prevent Mewtwo from killing every living human being. The sheer existential dread this film is steeped in is overwhelming. I reiterate: this was a movie for children.

Curiously driven by a combination of nostalgia and sheer boredom, I recently rewatched Mewtwo Strikes Back to see if its unique charm was tailored to my four-year-old brain or if it genuinely held up. To my surprise, I found out that the latter was the case — although not for the reasons I originally anticipated. 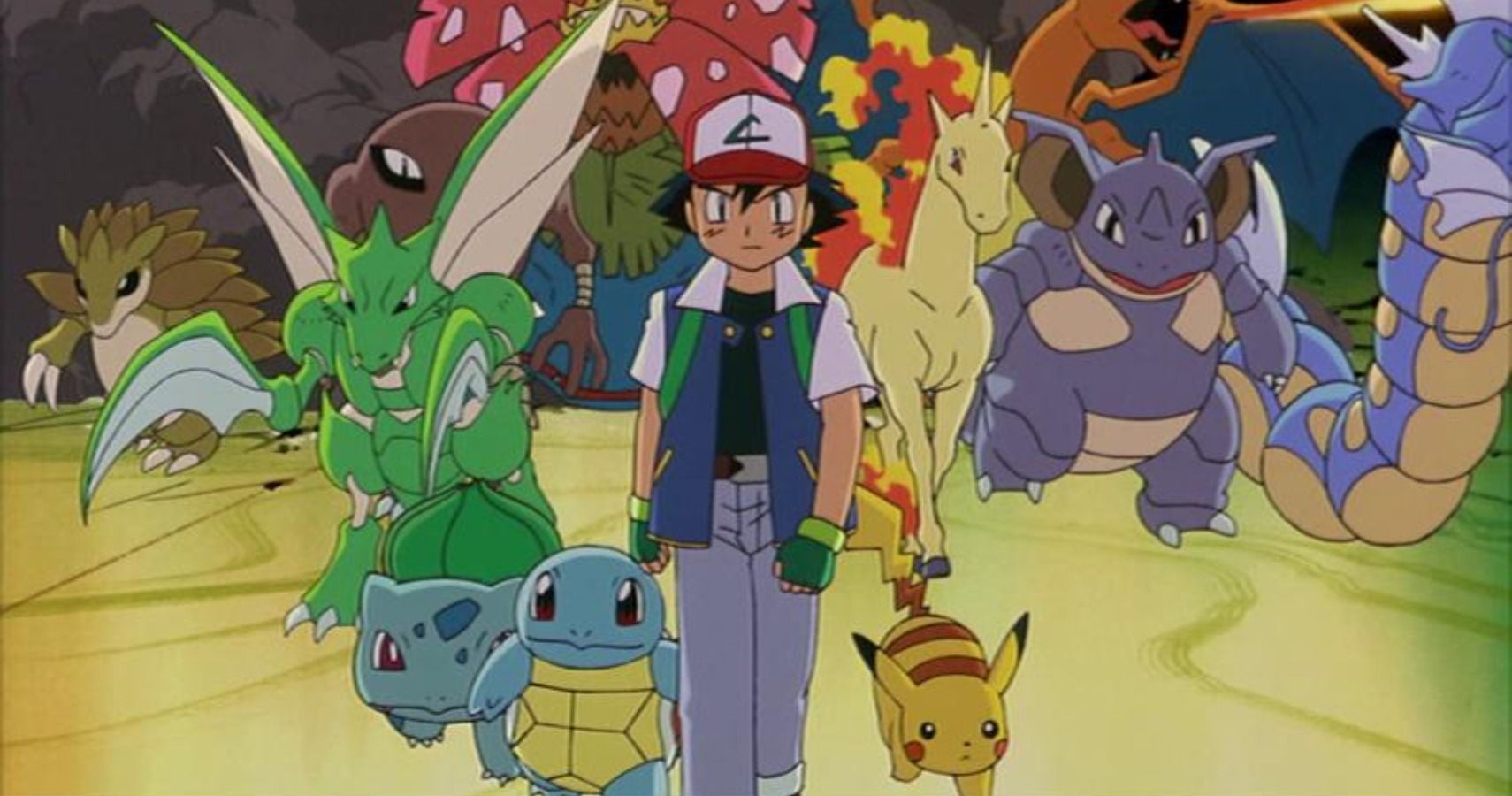 I have always sort of distantly remembered the first Pokemon film as an emotionally resonant story where Ash stopped being a dickhead and actually did something meaningful for once. He convinced the nihilistic omnipotent entity known as Mewtwo that humans were actually alright, sometimes, and saved both his friends and the entire world as a result. Some of the film is still quite emotional — Pikachu is the star, really, and Mew’s gentle pleading with its belligerent clone could slap a smile on the face of pretty much anyone. I’m convinced my mam and dad must have inadvertently grinned at least once during the showing back in 1999, and neither of them can tell me otherwise, no matter how many years continue to pass.

That’s not half of what makes Mewtwo Strikes Back special, though. Consider this summary: Ash and his friends are on holiday. Ash gets invited to a mysterious tournament, but doesn’t question it because he is blinded by a desire for victory, even though he doesn’t even know what exactly he’s trying to win. A storm hits and Ash forces his Pokemon and friends to almost drown on the way to what is already quite a shady soiree, despite the fact the harbormaster says that this is the manifestation of an ancient prophecy about a tempest that will kill everyone. Who cares about ancient prophecies when you can jump headfirst into 50-foot waves. At least some of the other trainers have the cop-on to fly over the water.

After Ash arrives at the weird lighthouse/castle hybrid, Mewtwo nicks everyone’s Pokemon and clones them. Meanwhile Team Rocket are dressed up as Vikings on a makeshift longboat because apparently that’s the most inconspicuous disguise they can think of. Not, like, people wearing a wig and ordinary clothes instead of suits emblazoned with a massive R on the front. Actual Vikings. Meowth has braids and is attached to the front of the ship with its arms crossed. It’s like a sketch from Beckett if Beckett got really into Norse mythology and had seven too many whiskeys before submitting his script. To this day, it is unclear where Jessie and James procured their costumes. 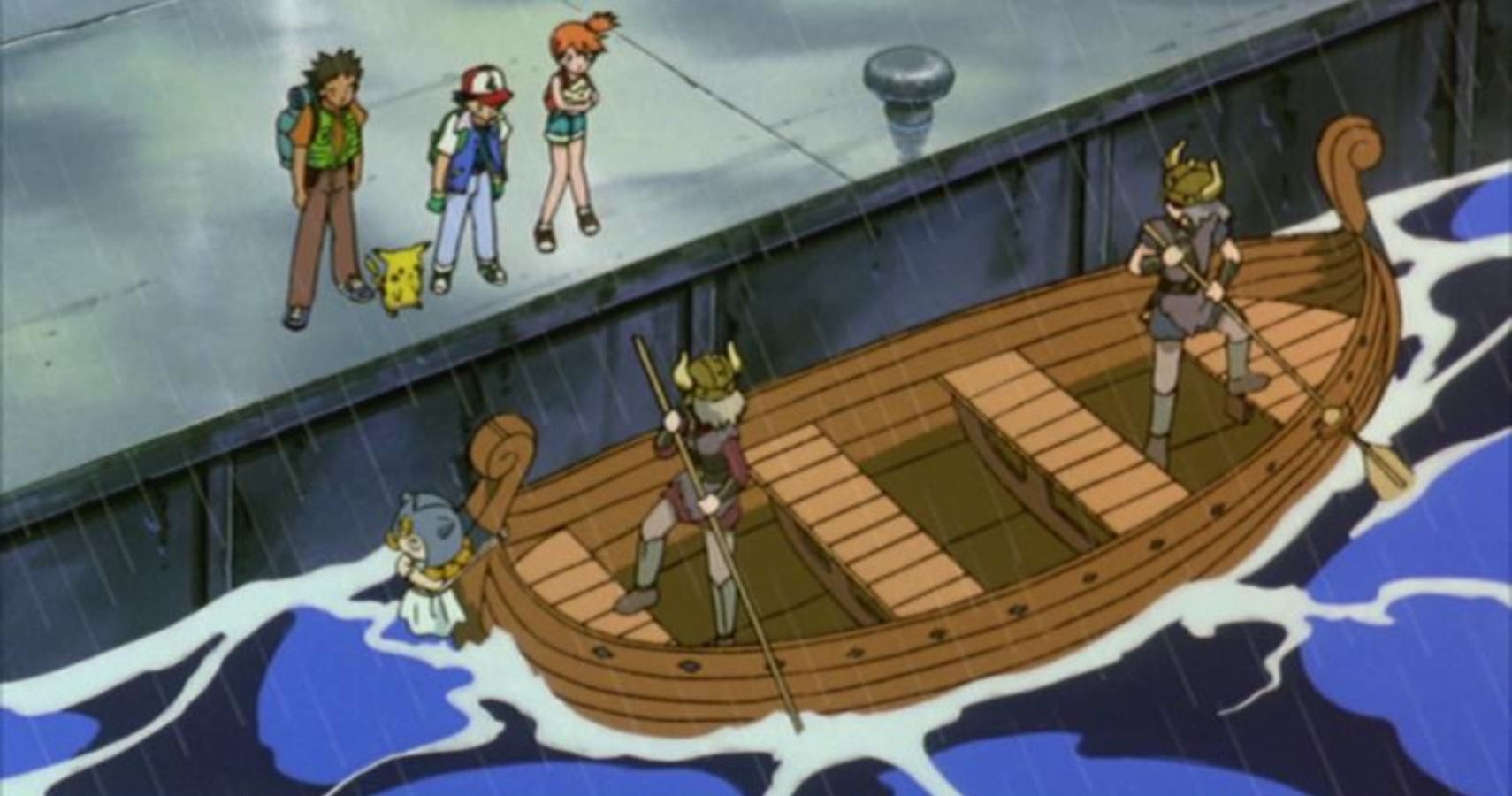 Mewtwo Strikes Back is 96 minutes long, including the two short films (about Mew’s creation and Pikachu’s vacation) that play prior to it. I have never seen so much amazing nonsense stuffed into such a short amount of time. Honestly, I would pay good money to see an annotated script with all of the bits that were cut out prior to production — a director’s cut, if you will. I would pay even better money to see a version of Mewtwo Strikes Back in a theatre. Not in an ordinary cinema, mind. I mean on a proper stage, with live actors, costumes, and an overpriced wine bar. I want to see a trained Shakespearean actor play Ash and attempt to punch Mewtwo square in his feline jaw, only to obviously be propelled backwards by a clearly visible psychic forcefield. “Woe is me, for I have fallen — mine electric mouse, unleash thy thunderous fury!” I would legitimately sell my car to see this in action.

Also, it’s at around this time that this wonderfully cringy banger plays while all of the Pokemon are fighting (or in Pikachu’s case, refusing to fight) their clones. Are you honestly telling me that if somebody hired an absurdist playwright to stage a scene in which people dressed up as Pokemon slowly and repeatedly slapped each other in the face to this track, you wouldn’t watch it? Lies. You definitely would. We all would.

It’s so remarkably and outlandishly wild that you have to respect it. I genuinely don’t understand why it’s only got a 15% rating on Rotten Tomatoes — it’s as if people think films with pacing faster than a Bugatti Veyron on the autobahn aren’t enjoyable to watch. I reiterate: Meowth is a Viking attached to the front of a longboat. Ash forgets that he battles Pokemon while literally battling, and then says that Pokemon aren’t meant to fight. Afterwards he proceeds to continue forcing them to claw-punch each other for 21 years, and that brings us right up to the present day.

The best bit is that at the end of the film, Mewtwo waves his hand like it’s a Neuralyzer from Men In Black and it’s as if nothing ever happened. “Mewtwo Strikes Back” — against what? It’s like Waiting for Godot — Godot never arrives. Why are we all at this harbour? All of us forget. Well, that’s clearly not weird. Let’s go on holiday again.

I’m 24 now and can confidently say that 20 years later, I still unironically and unapologetically love this stupid and incredible film. I do not believe my parents didn’t enjoy it back in 1999, and I am positive anyone who rewatches it now will thoroughly enjoy every second of it.

Mewtwo Strikes Back is inadvertently a masterpiece. Not because it tried to be one, or because any individual part of it is critically noteworthy, but because every single part of its incoherent mess of a structure comes together in such perfectly bonkers unison that it’s unabridged mayhem in the most genuinely enjoyable sense of the term.

Read next: I Tried Out Ash Ketchum’s Pokemon League Winning Team To See If It Was Any Good 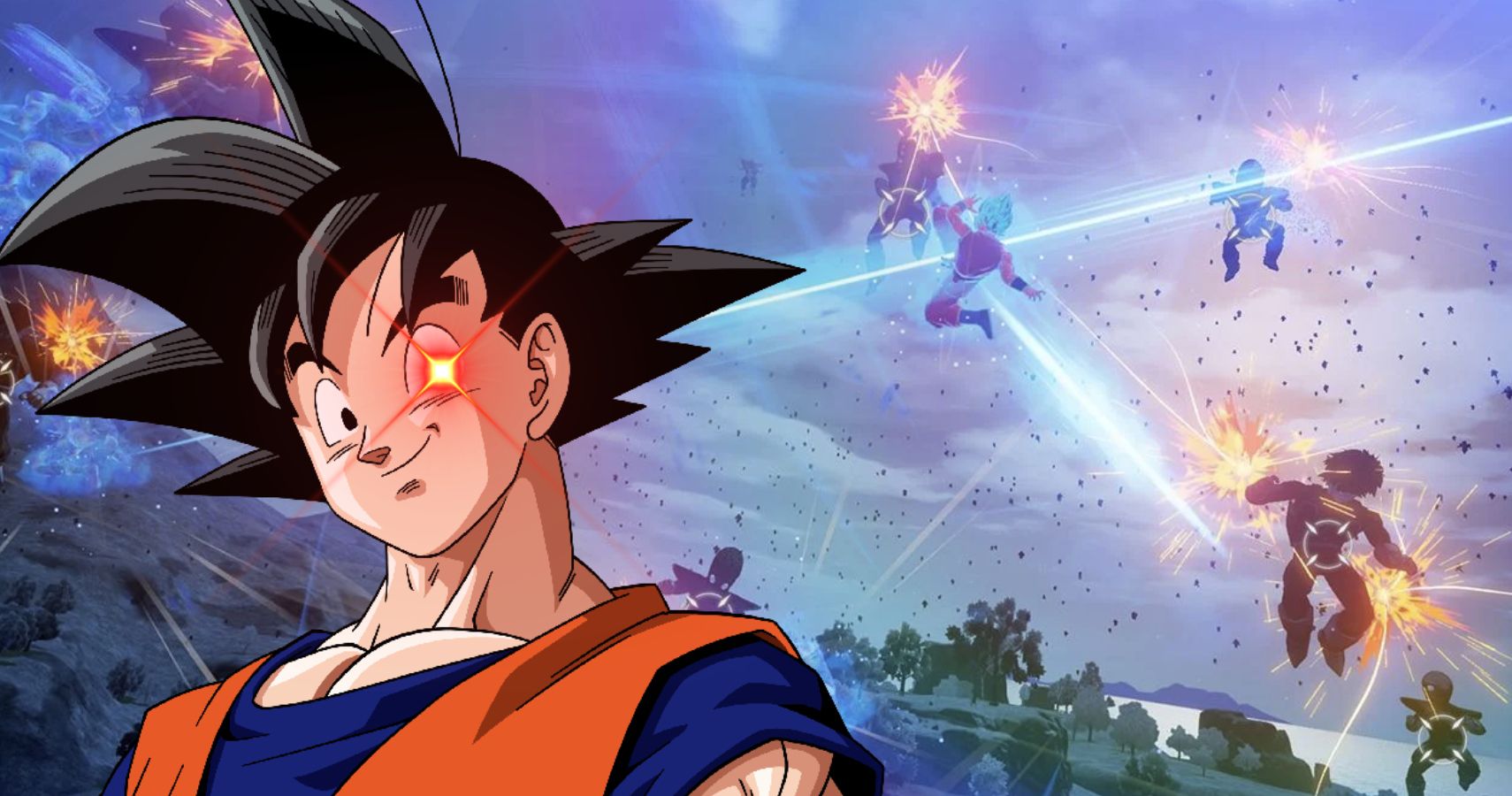