Pokemon Legends: Arceus Desperately Needs To Shake Up The Formula

I’ll admit, I don’t have the same reverence for the Pokemon franchise as many of my friends. I grew up with it and played the likes of Ruby and Crystal religiously, but beyond this I barely dipped my toes into the pool of pocket monsters until Sword & Shield arrived for the Nintendo Switch. As the first major entry on a home console, I was expecting it to redefine the formula and change what it meant to play a Pokemon game forever. It did not.

It was enjoyable as Game Freak’s first foray on Nintendo Switch with a main series game, but failed to abandon the malaise that Pokemon has stewed in for the better part of two decades. The Wild Area felt like a poor excuse for an open world, and looked hideous – despite gems like Breath of the Wild and Xenoblade Chronicles 2 calling the same platform home. The battle system was more accessible, but the only changes involved simplification rather than improvement, and Gigantamax battles sharply descended into little more than a gimmick that made gym battles feel overlong.

Don’t get me wrong, I enjoyed my time with Sword & Shield, but as a lapsed fan of the Pokemon franchise, I was hoping for a little more meat on Galar’s bones. Comparatively, Let’s Go Pikachu & Let’s Go Eevee were infinitely more palatable because they played within their means, knowingly pitching themselves as old-school throwbacks perfect for series newcomers. Sword & Shield promised the world, and couldn’t live up to such lofty expectations. 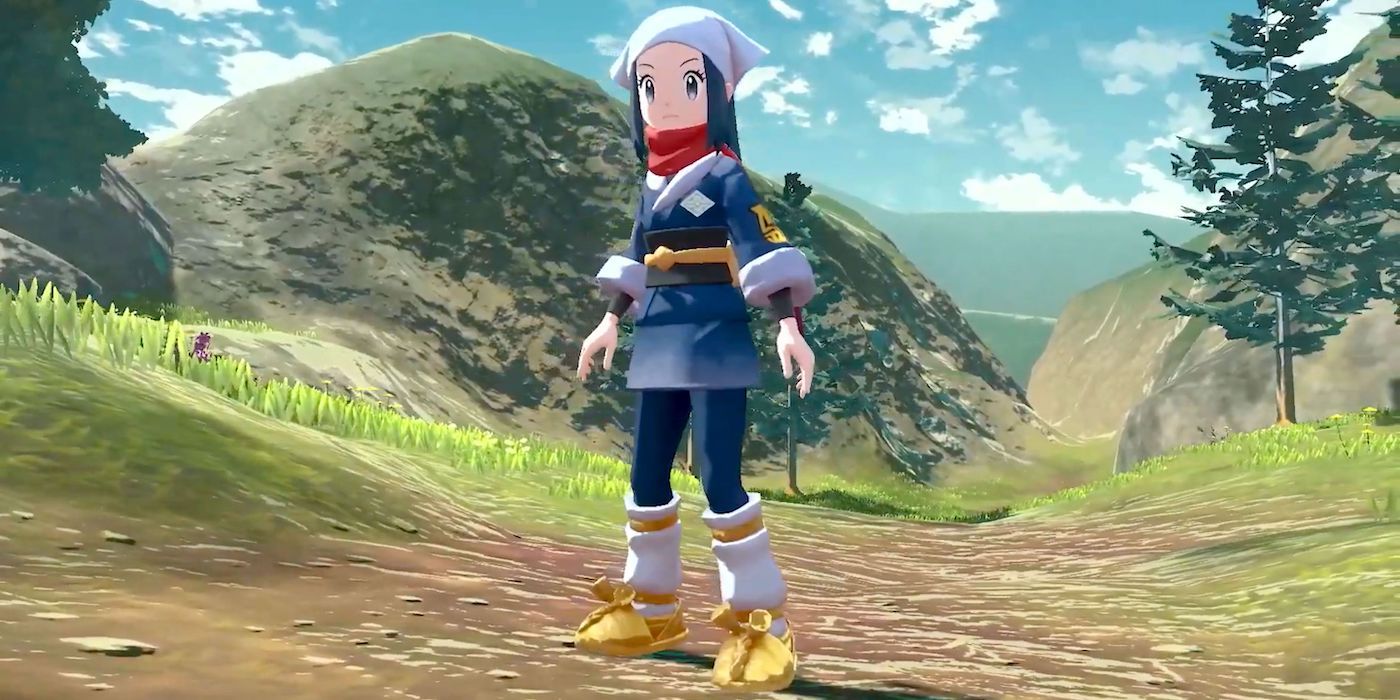 Pokemon Legends: Arceus could be the long-awaited solution to many of my problems with the franchise, a stark evolution of the design ideas Game Freak have considered gospel for so long. Announced alongside Pokemon Brilliant Diamond & Shining Pearl, Arceus will take us back in time to a world where humanity was still coming to terms with the existence of Pokemon. It’s a tremendous idea, allowing Game Freak to wipe the slate clean and begin constructing an entirely new foundation of Pokemon mythology.

Set during a forgotten era of the Sinnoh region’s history, Arceus is billed as a prequel to Diamond & Pearl that will honour the series’ tradition, but also plans to strike out on its own with a number of creative new ideas. This much can be seen in the reveal trailer, as an archaic version of Dawn sprints through luscious green fields donning a stylish new garb. Even Poke Balls have been refashioned to fit the setting, seemingly constructed out of wood and adorned with all manner of gorgeous markings.

Civilization and the tools at their disposal are thoroughly stripped back, imbuing the adventure with a sense of discovery which will hopefully be further reinforced by the open world. Wild areas were more than a little ropey, and will need to be majorly expanded if Game Freak hopes to compete alongside other Nintendo greats. The potential is there, yet part of me is cautious the world could be barren and empty, not because of Game Freak, but due to the lacking nature of Nintendo’s hardware. Seriously, the performance in that trailer was rough. 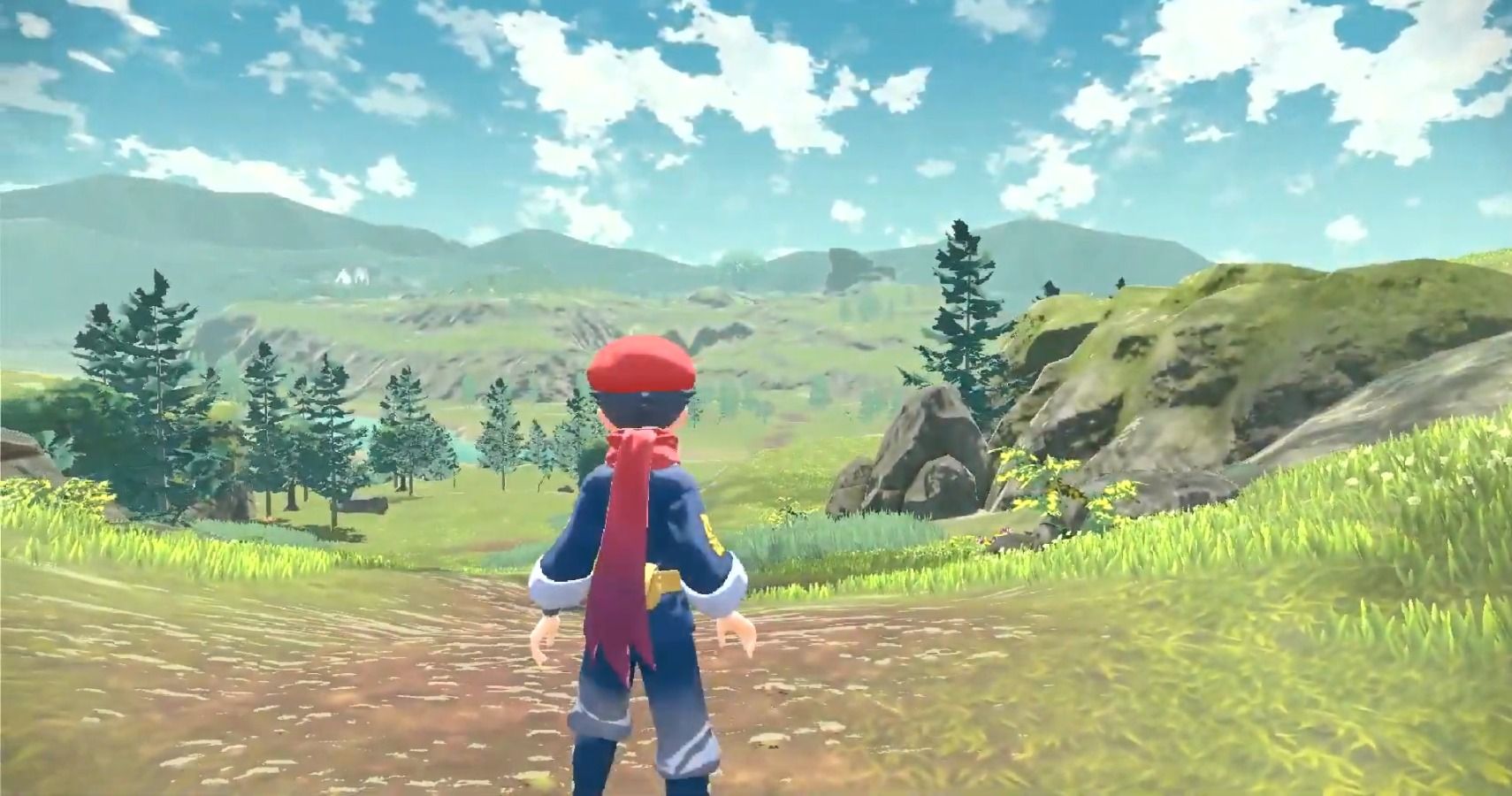 Pokemon has always depicted the player as embarking on a grand adventure, one that will span the region as they seek to conquer the Elite Four and become the ultimate champion. However, the scale of each game has failed to express this notion in a way that matches its larger-than-life vision. Towns, gyms, dungeons, and other vital locations have adopted the same repetitious layout since Pokemon Red and Blue, and this is something that might just change with the arrival of Arceus.

Simply having an open-world that isn’t splintered apart into different towns and zones will force Game Freak to revisit the formula’s underlying foundations, considering how gyms and other destinations will need to exist in this iteration of Sinnoh. The debut trailer doesn’t show much in the way of towns and cities, far too enamoured with bounding across endless hills than focusing on the matter of architecture. It has potential, I just hope everything else about Arceus is equally as revolutionary.

Catching is seemingly now in real-time, implementing elements of stealth as you crouch down into the tall grass and hurl your spherical prison at the perfect moment. Battles seem a smidge more pedestrian, using the same turn-based template we’ve come to know, love and subtly despise over recent decades. It’s too early to judge things though, Game Freak could be hiding a cavalcade of new mechanics for the future, since the game isn’t even due until 2022.

If all of these enhancements of the base formula come to pass, Pokemon Legends: Arceus could be one of the greatest games the franchise has ever seen. Obviously, it won’t be better than Pokemon Coliseum, but such a feat was never going to happen. If Arceus can take the best parts of Sword & Shield and retrofit them into its ambitious setting, this could usher in a new era of Pokemon.

Aside from expository flashback sequences and brief mentions of history in past games and anime, we’ve never visited the past like this in a Pokemon game. I’d love to see it open up an entirely new subseries of period-esque experiences where we uncover how the modern world of Pokemon came to be. Instead of legendary creatures being giants of myth we uncover in the final hours, we could instead be part of the stories that make up their unforgettable mythos.

It’s also worth noting that the long-rumoured Switch Pro could be in our hands by 2022, meaning the performance problems I mentioned earlier may be mitigated significantly. Hopefully the base consoles are able to keep up, given there’s millions of them out there in the wild. Alongside Breath of the Wild 2 and Bayonetta 3, the next big wave of Switch exclusives are poised to show that you should, once again, never bet against Nintendo. I’m still waiting for that Xenoblade Chronicles X port, though!