Paper Beast is a fascinating, albeit bizarre virtual reality experience. One of the first things you see is some strange room filled with grabbable, blobby shapes and energetic J-Pop music playing in the background. Right from the get-go, this game wants you to be simultaneously intrigued and utterly bewildered. It has some awkward aspects that keep it from being the pinnacle of VR achievement, but Paper Beast‘s creative world-building is enough to make it a truly captivating trip.

Paper Beast‘s narrative is told mainly through the exploration of the world. It seems as though the player is inside some sort of computer simulation filled with bizarre animals and landscapes made out of paper. As you continue, you’ll soon learn that nothing is as simple as it seems, and there’s a compelling mystery hidden beneath all the splendor. It’s important to note that this is a game from Eric Chahi – the creator of Another World and Heart Of Darkness – so if you think things look weird already, trust me, it gets a whole lot weirder. 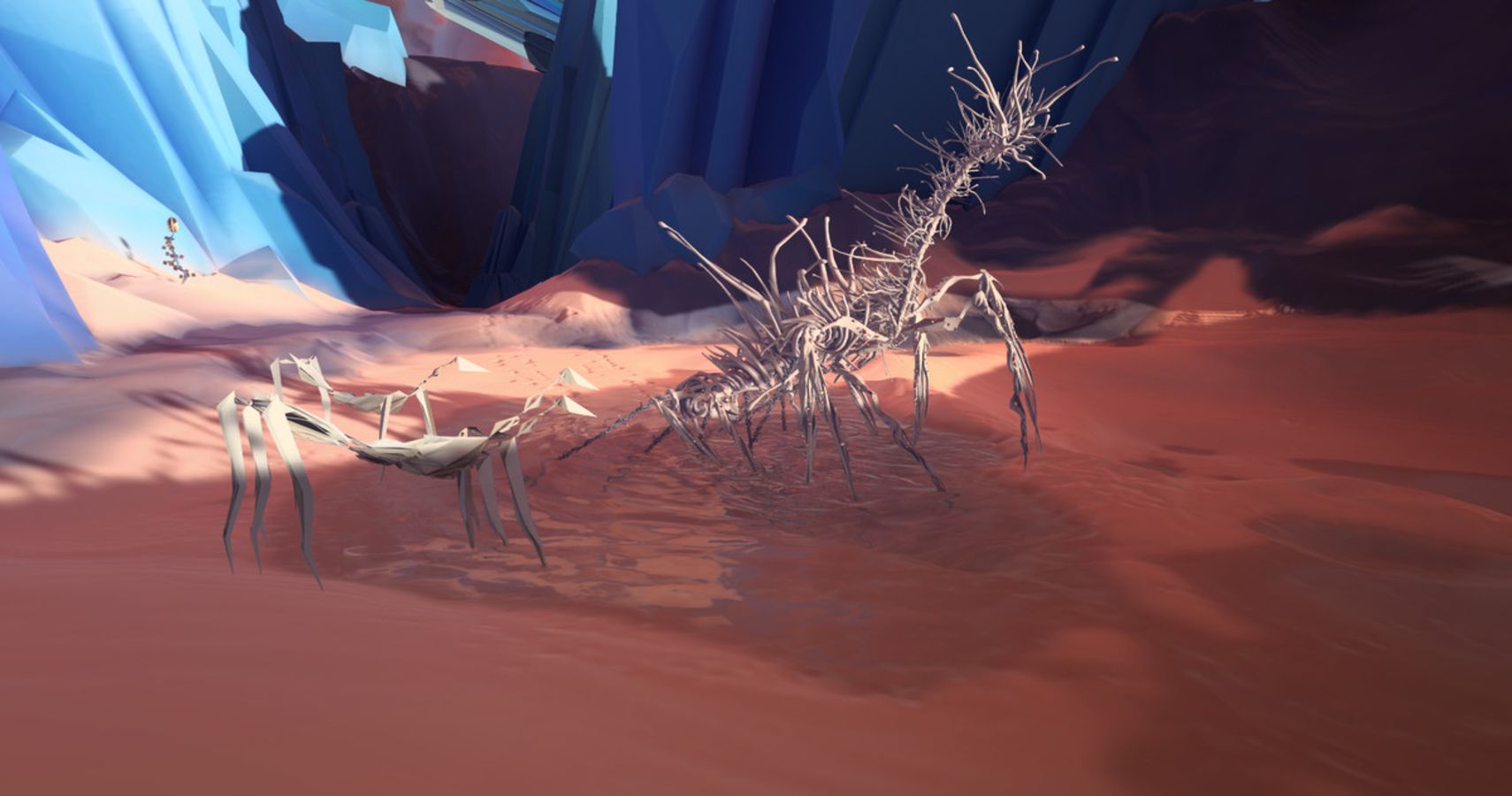 This is definitely more of an experience than a game, but there are gameplay mechanics that keep this from being more than a glorified tech demo. Movement controls are the current VR standard, meaning the player places a marker on the ground and then teleports to that location. You then grab a hold of items and animals by pressing the right trigger, allowing you to move, toss, or shake objects.

In order to reach some areas, there are environmental puzzles that need to be solved. Most of these seem to involve manipulating the landscape to make your way around. There are some unusual methods of finding solutions, such as taking a gross worm-creature that eats sand from one end and ejects it from the other and using it to make hills or create new rivers. You may need to use a burning hot cube to melt ice or a strange snowflake-shaped rock to freeze water.

In typical Eric Chahi fashion, you’re given little to no instruction on how to move forward or use objects. You’re just expected to stumble across something and figure out how to utilize it on your own. It’s nice when a game respects the player’s intelligence enough to not hold their hand, but when we’re plopped down into a strange new sci-fi world, the rules and logic of that reality aren’t immediately apparent.

That means a lot of trial and error is required, which can lead to frustration when you’re stuck in one spot trying to learn what you’re supposed to do with a flying red paper monster or a turtle-thing that spews sand. Perhaps there could have been a better way to demonstrate the purpose of each part of Paper Beast‘s world. It’s a beautiful place to explore, but it’s possible to lose some of the wonder when you’re trying to figure out where to go next.

A Short Stay In A Weird World 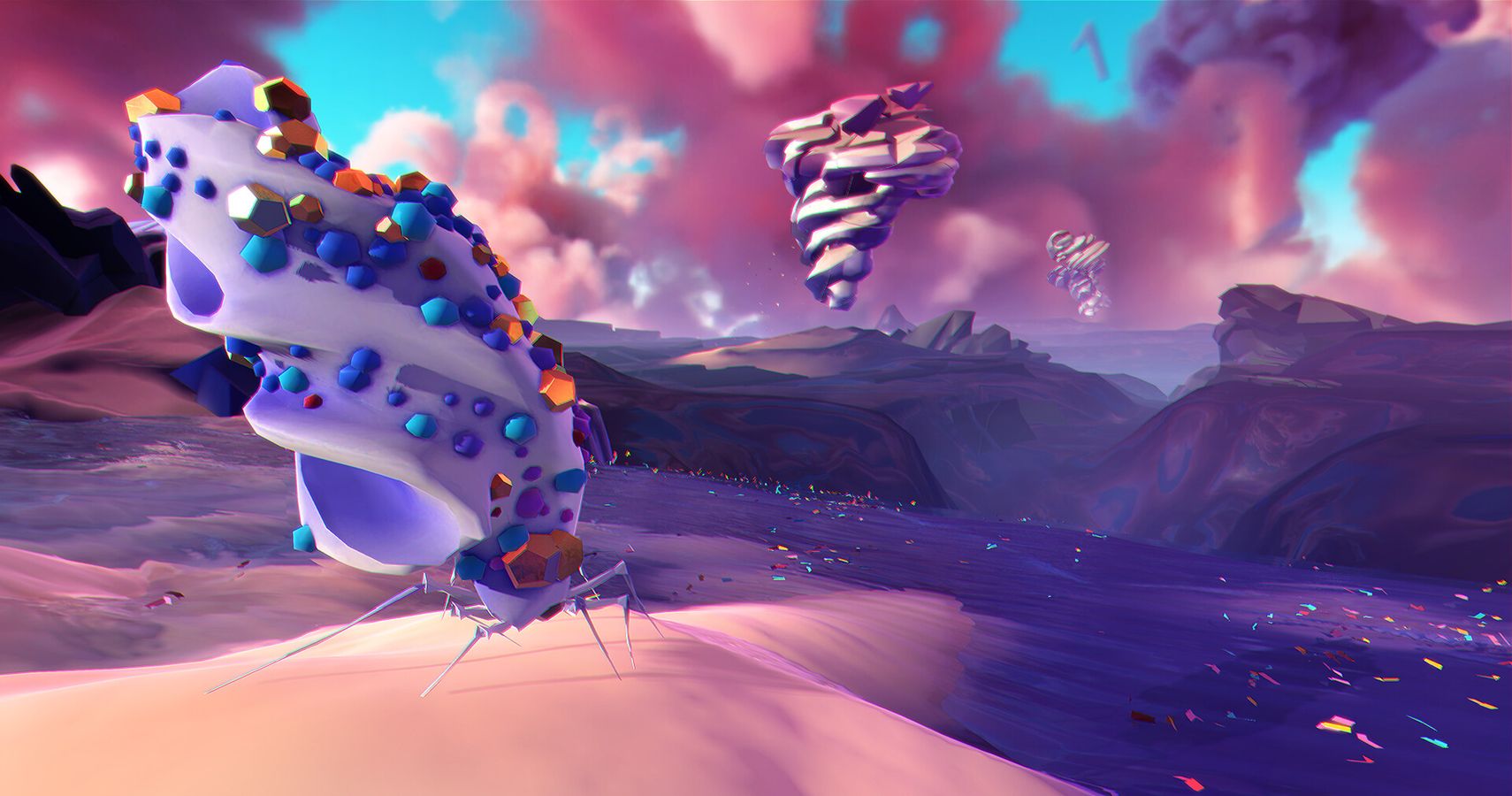 It’s impossible to say that Paper Beast isn’t an engaging adventure. Eric Chahi makes games that are designed to suck you into a crazy new reality that’s unlike anything you’ve seen before. Virtual reality is a perfect vehicle for his imagination and for the first time we get to really explore the spaces that come from his head.

What holds it back from being a definitive title for the PSVR is the lack of intuitive puzzles and the fact that there isn’t much to do after it’s done. There is a sandbox mode to play around with, but after the three hour or so journey is complete, the only thing to do is to go on that trek all over again. However, if you become so enraptured with what you’re seeing then there might be a chance that you’d want to spend more time with all of Chahi’s paper-craft creations.

Paper Beast isn’t a revolutionary title, but if the idea of a short voyage into an original alien environment sounds like a blast, then this may be well worth your time.