Everyone hates Oddball, and it’s no wonder why. Many players are begging for a Slayer-only playlist so they can avoid Oddball altogether, while others are just begging their teammates to pick up the damn ball. Oddball gets directly at the heart of the problem with challenge-based progression – you can’t fix one without fixing the other.

I’ve moaned endlessly about the pitfall of challenge-based progression already, both in articles and on TheGamer podcast, but I think Oddball provides a perfect example of the problem. Of all the game modes in Halo Infinite, Oddball is the biggest contributor to the dissonance that exists between the Objective and the Incentive.

The Objective in Oddball is simple: pick up the ball and hold it longer than the other team. Oddball is a classic game of keep-away that’s been part of Halo since the very beginning. It’s a perfectly balanced and competitive game mode that rewards teamwork, cunning, and quick reflexes. On paper, Oddball should be a fan favorite, yet everyone seems to hate it.

The problem is that the Objective doesn’t align with the Incentive, or in other words, the thing you’re rewarded for doing. In Halo Infinite there are two clear incentives: battle pass progression, and the primal thrill of dominating your opponents. Neither of these incentives are fulfilled by picking up and holding the ball. This is the problem with Oddball.

If you want to make progress while you play Halo Infinite (a perfectly valid goal, don’t let anyone tell you otherwise) then you need to complete challenges and earn experience. Most challenges are focused on getting X number of kills with a specific weapon or ability. How can you get ten kills with the Heatwave if you’re holding the ball? You can’t. There is no XP reward for holding the ball or winning the game. If you want to level up and unlock new cosmetics, you’re only hurting yourself by picking up the ball. 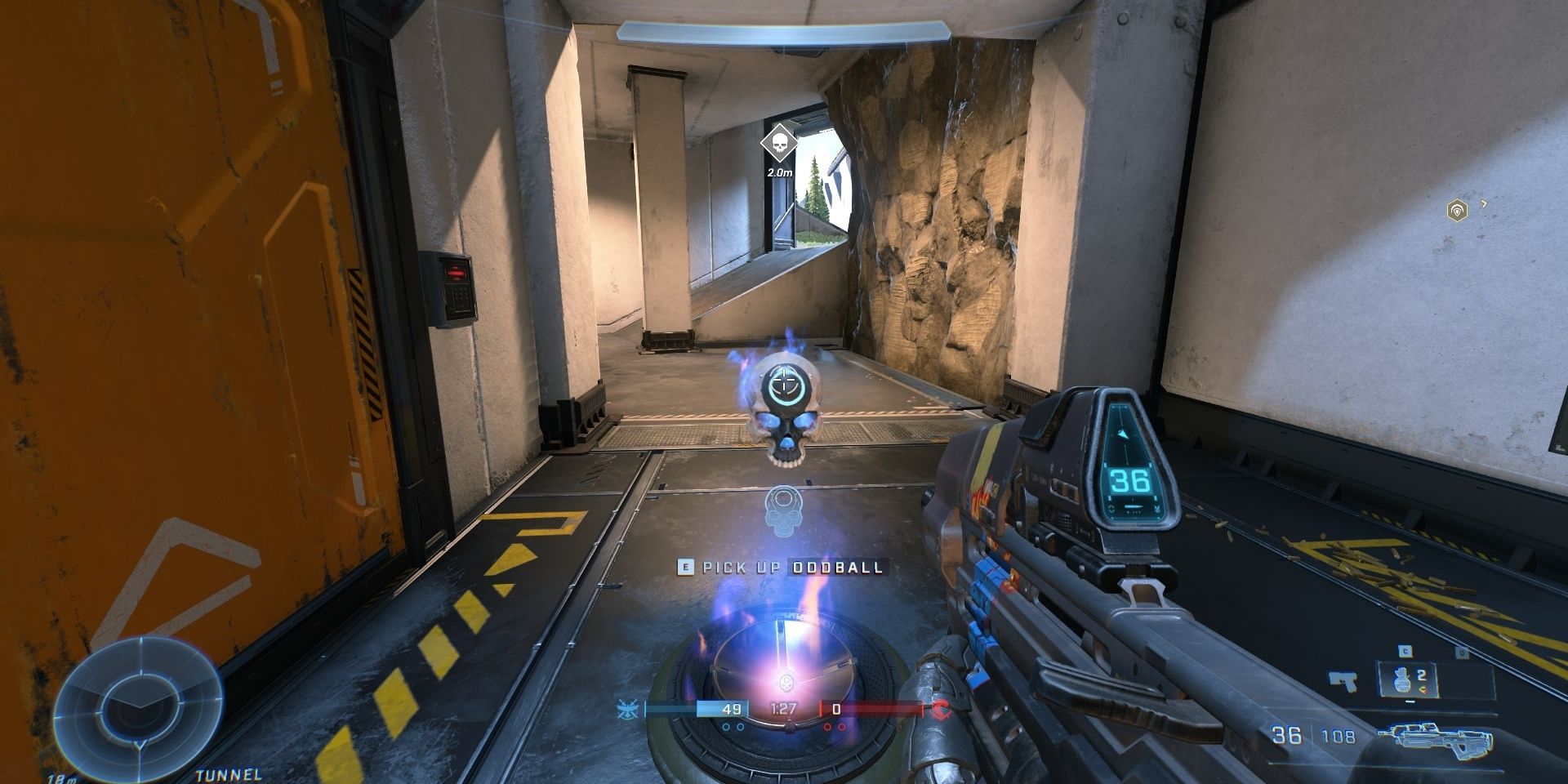 This is why it’s so common to see an entire team stand around the ball and no one pick it up. Everyone is happy to rush at the enemy ball carrier to get an easy kill, but no one wants to be the defenseless person running around with the ball. Whether you’re motivated by battle pass progression or bloodlust, holding the oddball isn’t going to satisfy you.

To make Oddball more attractive, 343 needs to find ways to align the Objective and the Incentive. One solution is to incentivize objectives through experience gained at the end of the match. This way, the team that wins the game makes more progress on their battle pass. You could even earn XP based on how long you held onto the ball.

But in terms of making Oddball more fun for the ball carrier, the solution isn’t as obvious. You could give players a damage multiplier based on how long they’ve held onto the ball, but this would change the game mode fundamentally and impact a staple of competitive Halo. The most harmless solution might be to just increase the melee damage and range while holding the ball and improve the audio and visual effects so that it feels more fun to fight while carrying the ball.

Ultimately we need a Slayer-only playlist so that those who aren’t interested in objective-based game modes can filter themselves out. Oddball is a great game, particularly when playing with friends that can coordinate with you, but there’s just too many reasons why it’s better to ignore the ball completely.