Monster Sanctuary Review: This Is A Surprisingly Violent Sanctuary

To say that Pokémon is popular is about as big of an understatement as you could make. Everyone loves the franchise so dang much that they’re willing to overlook the fact that the entire concept – which of course involves capturing adorable monsters, shoving them into magic balls, and then forcing them all to fight to the death – is a tad insane. There’s plenty of knock-offs that have tried to cash in on Pokémon’s success, but only a few titles about catching 0ff-brand pocket-monsters have been made with genuine care and passion. Temtem and Ooblets are recent examples, and you can now add Monster Sanctuary to the list as well.

Monster Sanctuary is about a land where monsters can roam freely. You play as a Monster Keeper who’s come from a distinguished family. You, along with three others have been gifted with ancestral Spectral Familiars, which are very powerful, immortal creatures (or this game’s version of your starter Pokémon). You start on your adventure to become a world-renowned Keeper, but soon stumble across a group of evil cultists called The Alchemists that practice forbidden forms of science. Since you’re the protagonist, it’s up to you to stop these guys before some nebulous cataclysmic event unfolds. 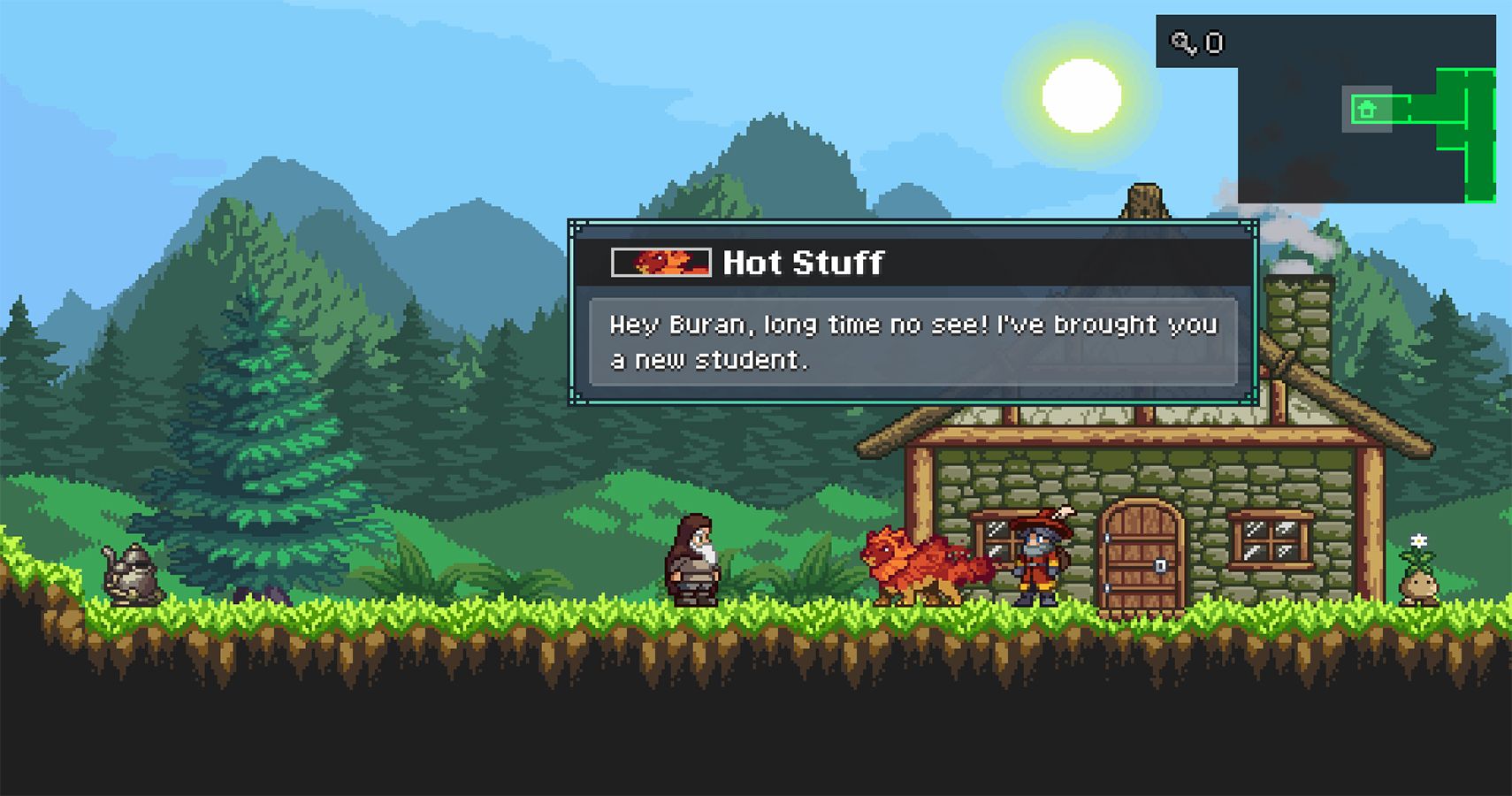 If you like SNES-era JRPGs, then you’ll likely be charmed by Monster Sanctuary’s art style. The game is a 2D adventure with graphics that are reminiscent of classic Square Enix games like Secret Of Mana or Chrono Trigger. The NPCs and levels themselves aren’t all that exciting, but a lot of the monster designs are delightful to look at. The soundtrack is full of genuinely fantastic music that’s sure to invoke feelings of nostalgia in fellow 90s JRPG fans.

Even the story of Monster Sanctuary feels more like something from a SNES-era JRPG rather than a Pokémon game. Unfortunately, it’s less Final Fantasy VI and more Final Fantasy I in the narrative department. The main plot is pretty basic and it even devolves into the classic “collect a number of items to save the world” RPG trope. Most of the dialogue is more functional than anything else. The NPCs are just there to either give you a side quest, spout off exposition, or rattle off gameplay tips like living, breathing tutorials.

But it’s not like most Pokémon games have mind-blowing storylines anyway. Chances are that if you’re playing this, you just want to catch and battle monsters. This game has you covered. 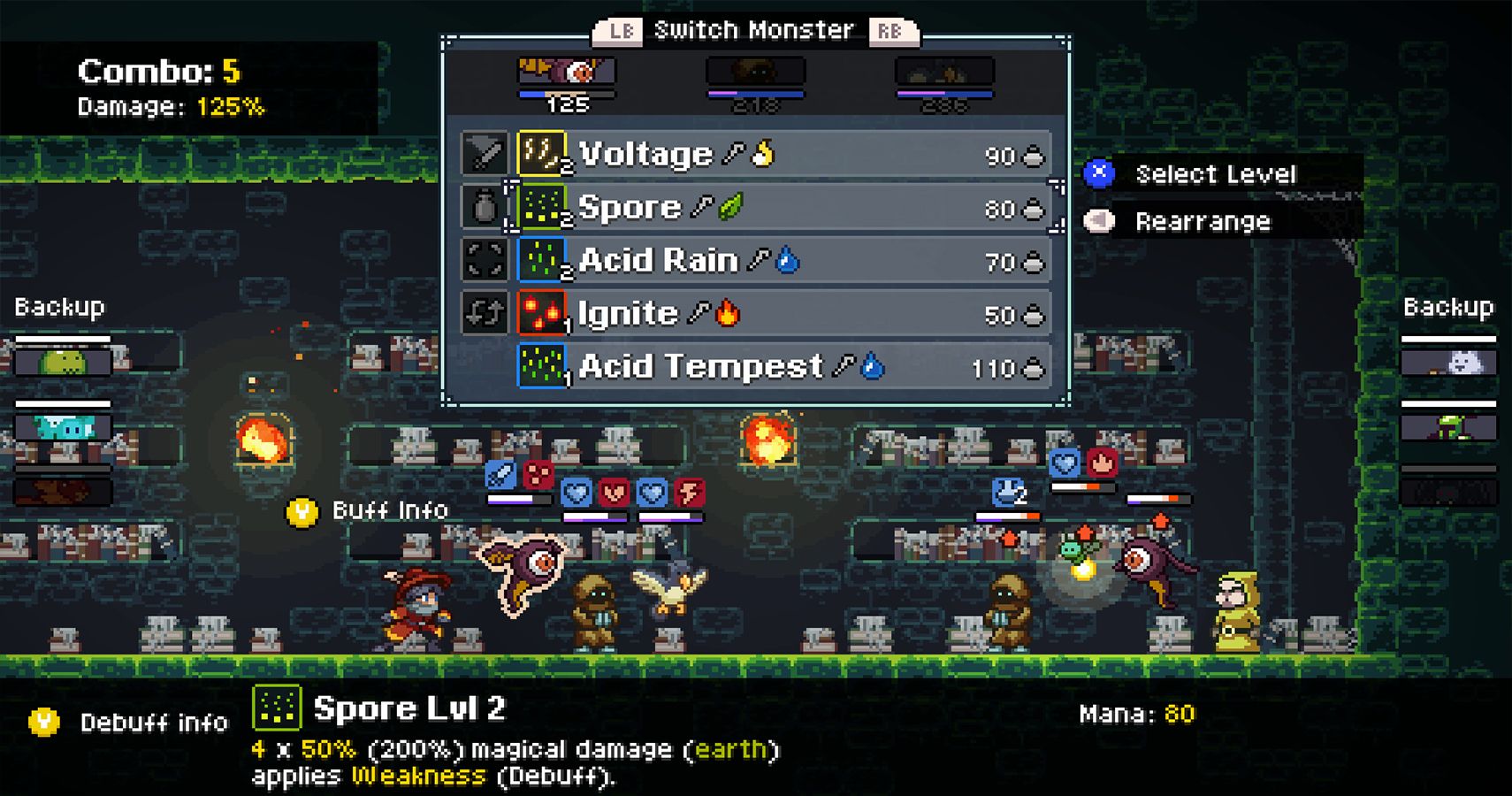 After you’ve been given your first few monsters, you need to fight any others to get a hold of one of their eggs. You then hatch the egg, give the creature a ridiculous name, and upgrade its skills. So, yes, instead of catching your monsters in a small ball, you’re beating up their parents and snatching their eggs. Which somehow seems even darker.

The skill trees for each monster actually go pretty deep. They can learn different moves, have one of their physical traits increased, or have special effects and conditions enabled that can change how you use their skillset. You can make it so critical hits apply a buff to a monster, any kind of healing ability also adds a shield, enemies who attack your team get damage reflected back at them, etc.

Much like Pokémon, the battles are all about exploiting elemental weaknesses. You can carry a whole bunch of monsters, but you always have a team of six that you take into battle. Where Monster Sanctuary deviates from the normal Pokémon formula is that most of the fights are three-on-three encounters. You’ll see the monsters frolicking around the world, and upon bumping into one the fight begins. Choose the three that you think will be best to take on the opposing team and let the fight commence. There are also your standard Monster Keeper – aka Pokémon Trainer -battles, as well as boss-like Champion monsters you can face. There’s even an online mode if you want to try your luck against other players.

This game puts a lot more emphasis on buffing your team and debuffing the other team. It’s not unusual for there to be multiple symbols above each monster’s head indicating some kind of status effect. There’s also a combat score that’s determined on certain factors such as how many turns it took to win, how much health your team has left, and how big of a combo you were able to pull off. Some attacks do several hits at once. Bigger combos allow your monsters to do more damage. The best strategy is to have your weaker monsters do multi-hit attacks first so that your heavy-hitter will hit even harder at the end. Getting a good combat score awards you better loot and maybe even monster eggs. Put all these mechanics together and Monster Sanctuary’s battles can become highly addictive.

I really enjoyed the combat, but the only downside is that some of these fights can go on a little too long. There can be so many buffs, debuffs, healing abilities, and other moves that draw out the skirmish that even lower level enemies take a decent chunk of time to put down. Sometimes I just wanted to avoid a battle because I was trying to progress the story or I knew I was going to win because they were weak. Because this is a 2D game, you can only get past monsters by jumping over them. But some monsters can also jump and some of the areas are pretty cramped, so it’s easy to accidentally initiate a battle. Escaping from battles also requires a specific item, so if you don’t have that you’ll have to fight whatever you run into. 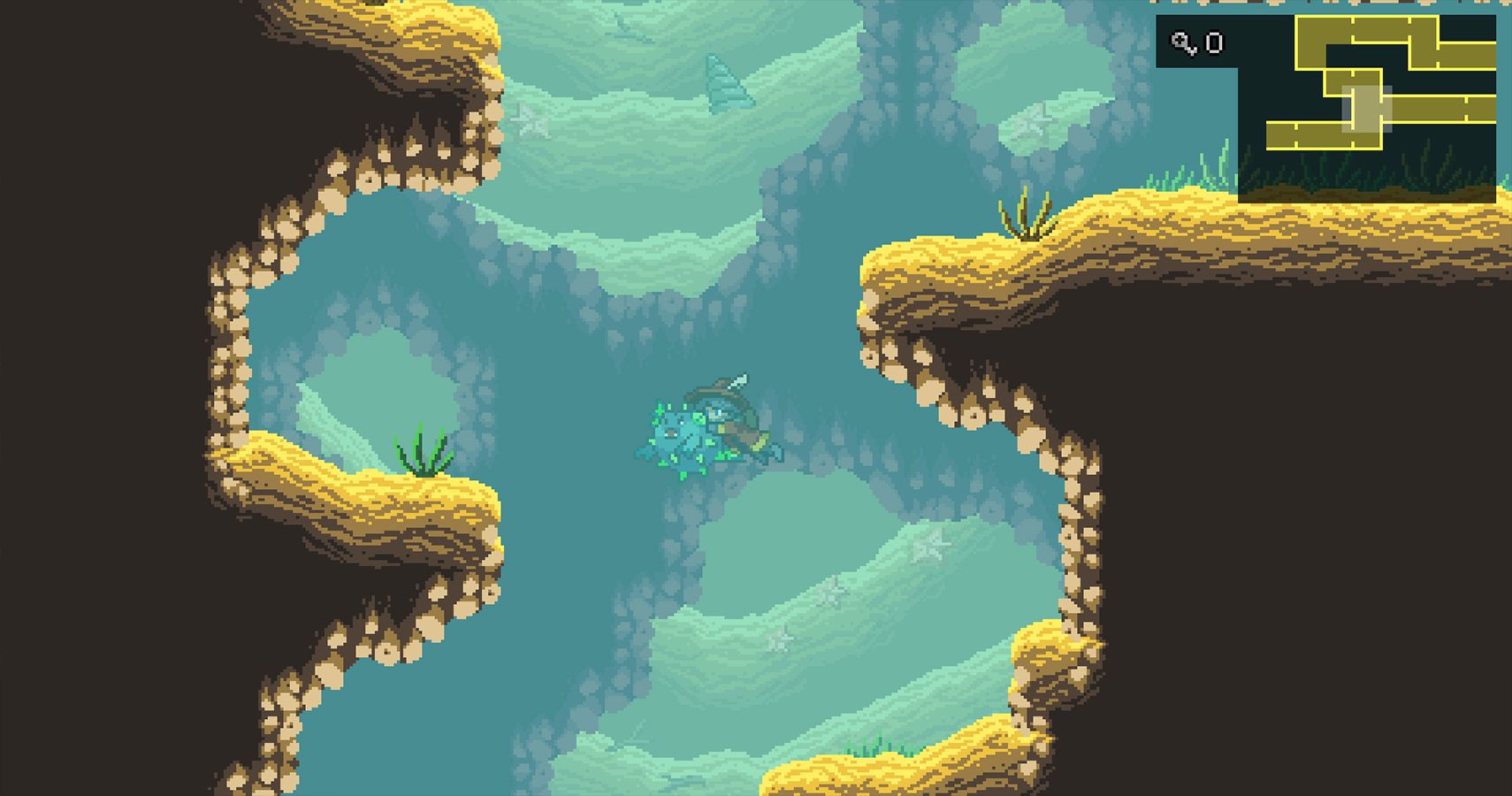 What makes Monster Sanctuary stand out the most to me is how monsters were used outside of battle. There might be a ledge with a treasure chest that’s too high for me to reach. So I would have to use a flying monster to lift me up. Flowing water could prevent me from moving through a cave. This required an aquatic monster to help me swim (you can also breathe underwater since oxygen apparently doesn’t exist in this world.) In Pokémon, you could use Surf or Cut, but this game treats its monsters like abilities in a platforming Metroidvania.

The only problem is that it’s not always clear what kind of monster you need when you encounter a spot you can’t get past. There would be moments where I needed something that could activate elemental switches, but I didn’t know which monster could do that. I eventually figured it out, although it took a lot of trial and error as well as multiple battles to find the right creature to do the job. There are even monsters that give you the ability to skip past enemies you don’t want to fight, which is very useful. I just wish it didn’t take until the middle of the game for me to find one.

Traveling across the world can be a bit cumbersome. You can fast travel by reaching Teleport Crystals, but you have to physically use them and you can only travel to other Crystals. Some of the side quests can be a bit out of the way. If you need to backtrack through an area you might have to travel through monster-infested areas and do the same platforming sections you did before. Thankfully, the world’s not that big, so this is only a minor inconvenience. 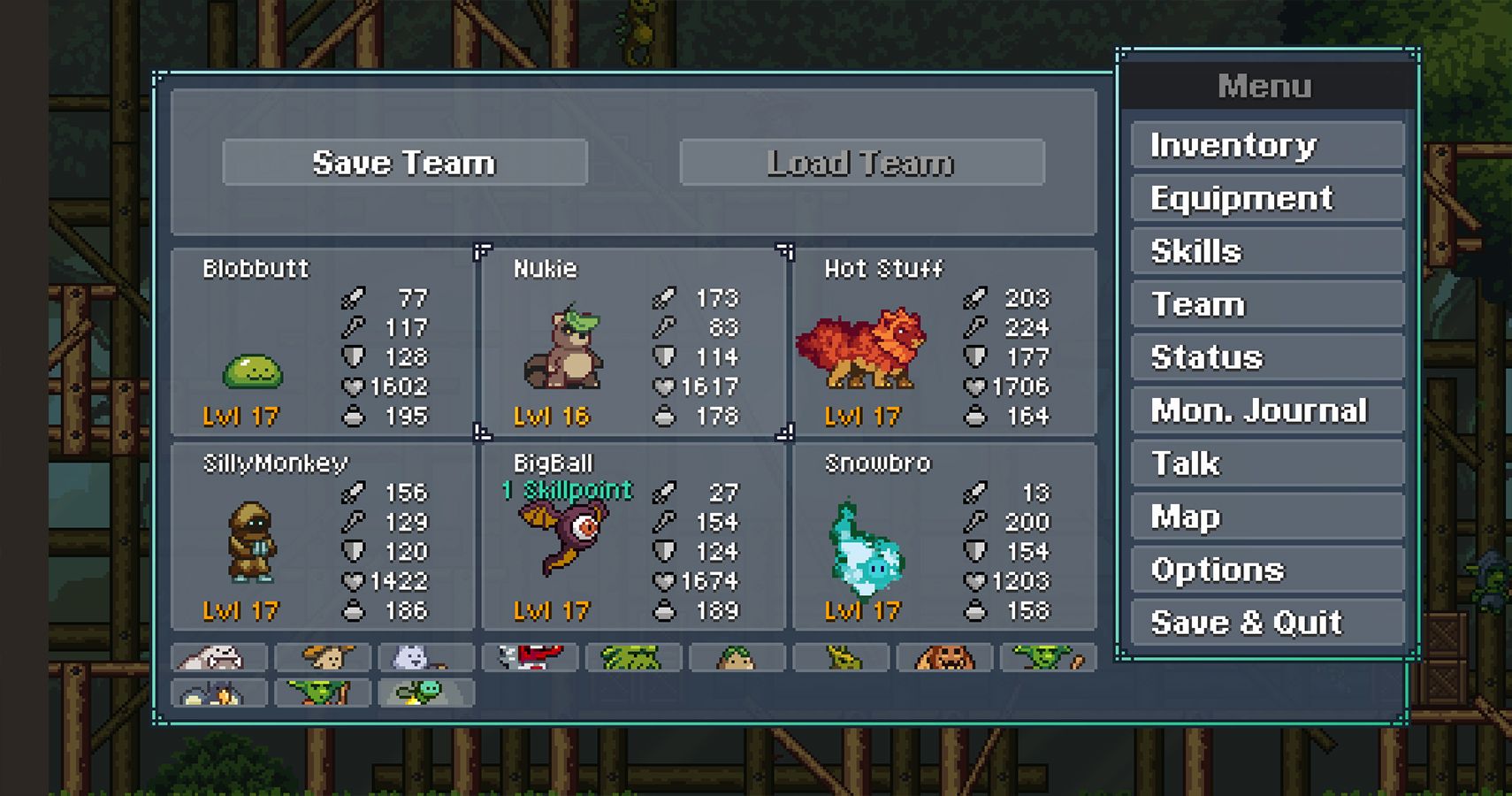 Even though it’s clearly using Nintendo’s pocket-monster franchise as inspiration, Monster Sanctuary’s combat, party customization and upkeep, and monster-assisted platforming make it a joy to play. It can be a bit tiring at times, but I got really hooked on building a solid team and giving them all stupid names (I’m particularly fond of my flaming tiger Hot Stuff and Blobbutt, the little blob the game gave me at the start that I used until the very end).

Monster Sanctuary is a Pokémon game smashed together with pixel-art, JRPGs, and Metroidvanias. If that’s not a recipe for an indie game hit, then I don’t know what is.

NEXT: Obsessing Over Lore Is Poison For Your Brain 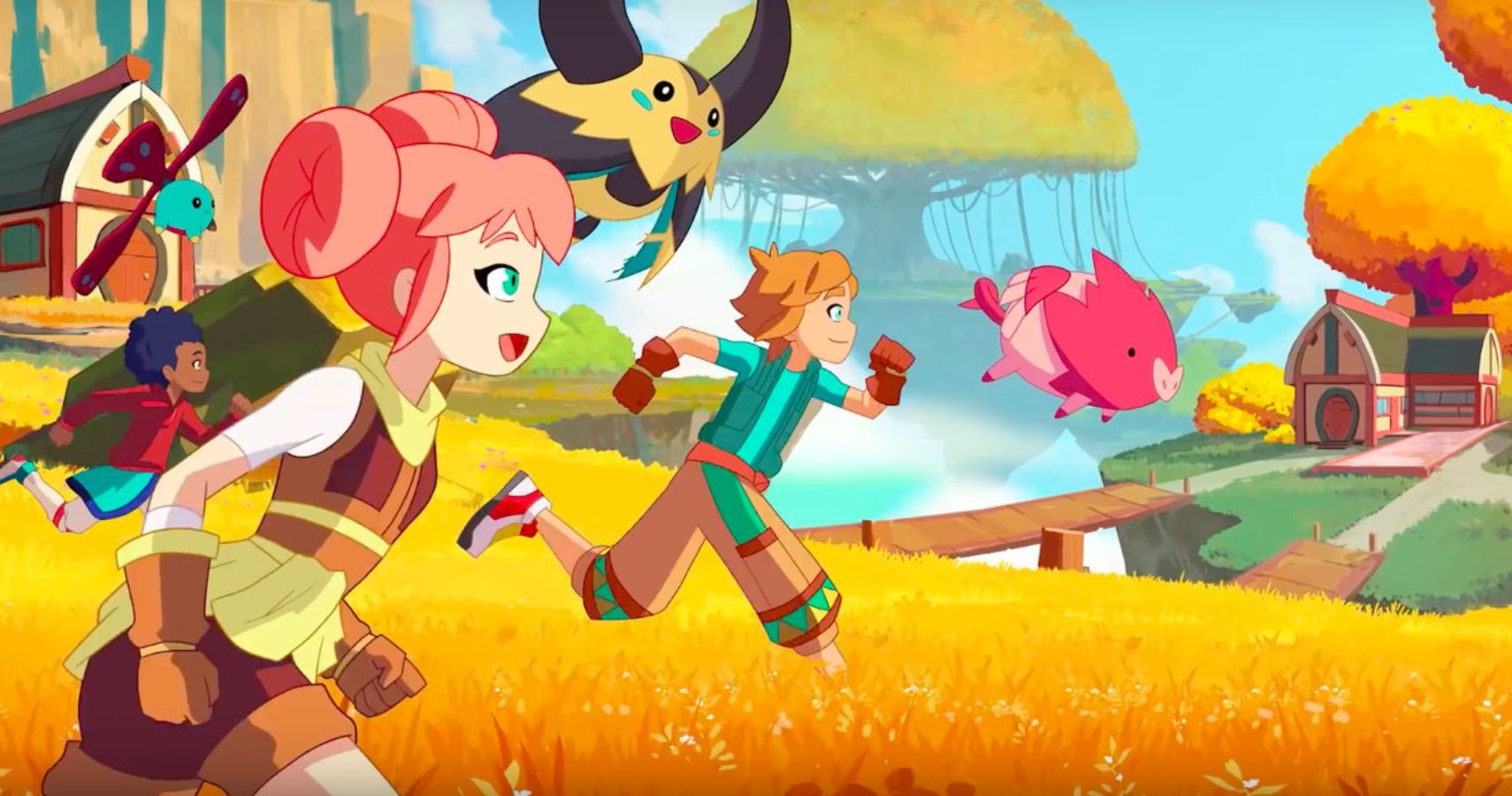 Related posts:
Hot News
Smash Bros. YouTube Channels Are Being Hit With Copyright Strikes From Square Enix And Atlus
This Jumbo Chocobo Plush Will Give Any Final Fantasy Fan Comfort
Call of Duty Black Ops Cold War update with Warzone playlist patch news
Games Inbox: Will Destruction AllStars be the next big PS5 game?
Waiting for Argos, Currys, GAME, Smyths PS5 re-stock? Shortages won’t end in February
Recent Posts
This website uses cookies to improve your user experience and to provide you with advertisements that are relevant to your interests. By continuing to browse the site you are agreeing to our use of cookies.Ok