No matter how thoughtful, original, or nuanced the conversation might be, most of the chats I’ve had about Mass Effect 2 have gravitated towards the exact same topic: the suicide mission. It’s a great mission! I even interviewed some ex-BioWare devs about how the whole game was built around it. But there are better missions in Mass Effect – Ilos is the one that immediately springs to mind. There are also better missions in Dragon Age, Mass Effect’s fantasy sibling – in fact, the suicide mission owes far more to Thedas than it does to the Milky Way.

Have you played Dragon Age: Origins? If so, you should know what I’m on about. The suicide mission at the end of Mass Effect 2 is far more akin to stopping the Blight than it is to saving the Citadel. Don’t get me wrong, Saren Arterius is Mass Effect’s best villain by no small margin – it’s just a very different type of mission design.

Mass Effect 2’s suicide mission naturally learns from some of the first game’s core tenets. The fact you need to let either Kaidan or Ashley die and can potentially lose Wrex gives you automatic insight into the importance of Paragon and Renegade, as well as how essential it is to talk to your companions and complete their loyalty missions. After that… nope, that’s the only similarity. Aside from that, the suicide mission is basically a Dragon Age quest.

I don’t mean to just stan Dragon Age like a frenzied fan with no capacity for logical comparison. I traditionally prefer Mass Effect, and have spent far more time aboard the Normandy than chilling out next to Morrigan by a fire, or Cole by a weird ghost barn. But, despite constantly claiming that “I have no time for playing games!” and “my backlog is so enormous!” I recently replayed the first entries of both Mass Effect and Dragon Age. No, you’re too into BioWare. 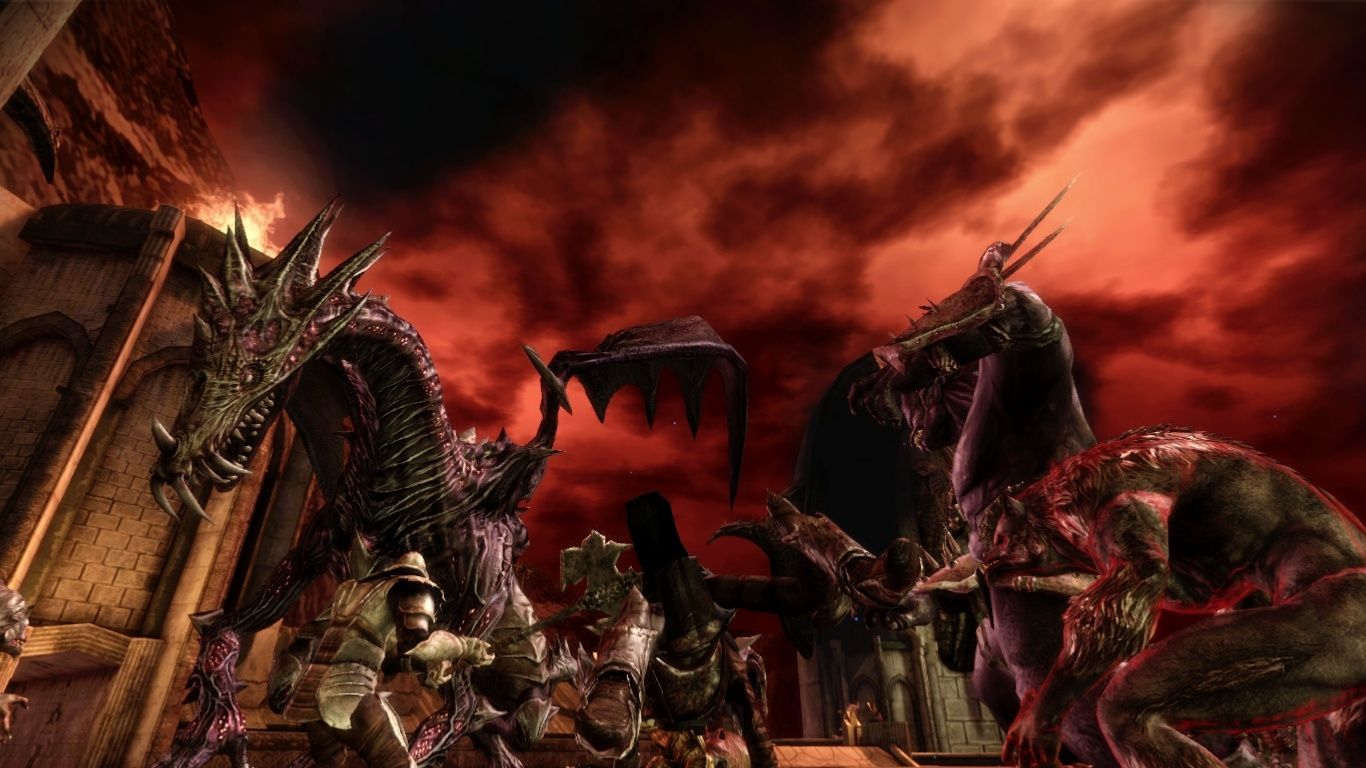 I also dipped into Dragon Age 2, although I said I’d save Mass Effect 2 for Legendary Edition, which is three weeks away today – excuse me, I’m just stepping into this time machine, I’ll be back in about 504 hours. The thing is, without even playing Mass Effect 2, the influence of dragons and darkspawn on the most widely revered Mass Effect mission ever is clear – the structure, the layout, the stakes, the companions, the conclusion… none of it is Mass Effect.

Let’s go through those principles in order. The structure of the suicide mission is unlike anything in the first Mass Effect. Like mid-Blight Denerim, you’re tasked with interrupting the Landsmeet in a conclusion-locking quest that functions exactly like the “Acquire Reaper IFF” mission at the end of Mass Effect 2. All of your companions matter here, as opposed to just the three you usually wander around with. Once you select this quest, you’re funneled into a chain of missions that are impossible to leave, throughout which you’ll need to make impromptu choices with little to no idea about what your decisions will actually mean. A decently rational person would put Garrus in charge of the strike team and let Oghren lead the gate party, but hey, go with Mordin and Morrigan if that’s your buzz.

When I talk about layout, I don’t mean that the Collector base looks like Denerim. I mean, Mass Effect’s pseudo-Big Bad and Dragon Age’s flailing ghoul monsters aren’t too dissimilar in aesthetic, but the primary layout alignment lies in gating. In Origins you quite literally go through Denerim gate by gate, district by district, while in Mass Effect 2 you’re hit with narrative roadblocks – pick who to send to the vents, choose your strike team commander, decide who’s going to keep up the biotic shield, and so on. It’s concretely linear progression with variable choices dotted throughout – although admittedly Mass Effect 2 is much smoother given that Origins’ Riordan cutscene still takes ten years to trigger in the year of our lord 2021. 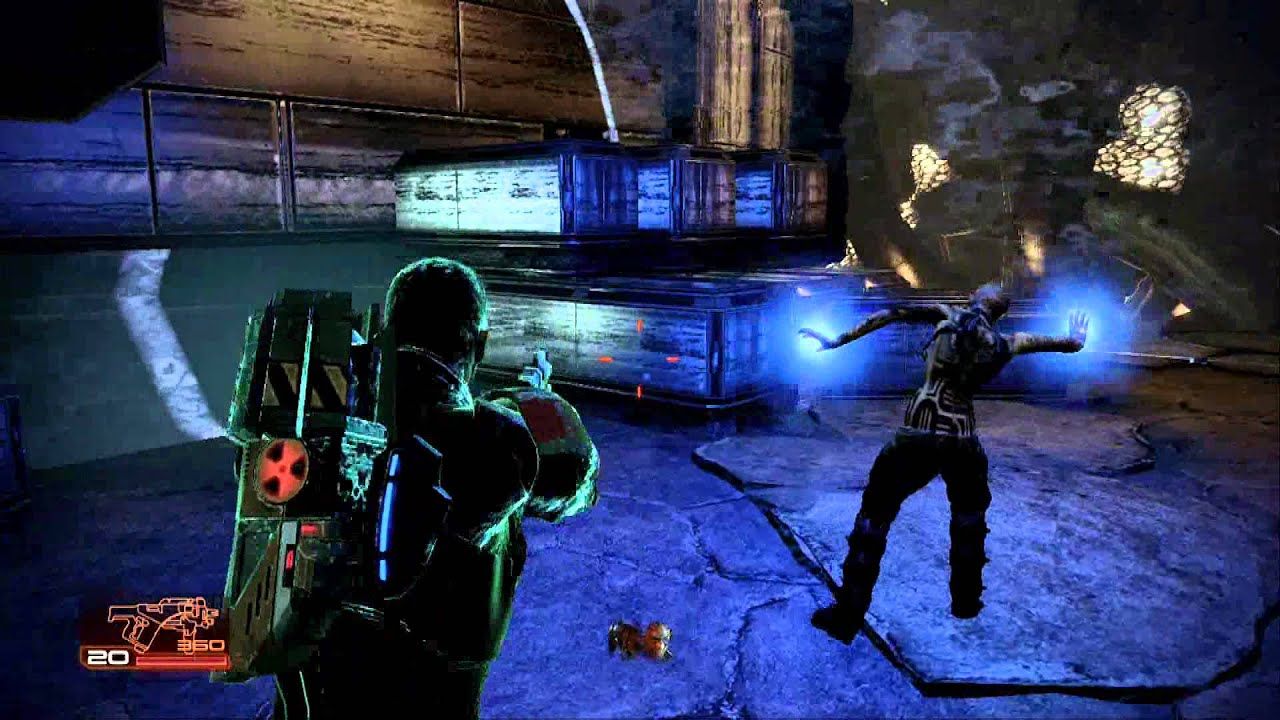 It’s intriguing to discuss stakes in this context, because none of your companions can actually die in The Battle of Denerim – I mean, Alistair can, but if you let Alistair die you’ve made a grave error and should probably reload an old save. You can die, though, which is the ultimate primer for the suicide mission. Just like the Warden, Shep can die in the Collector base – but so can each and every one of their companions. The whole ordeal is the Blight but even more risky in terms of palpable loss. Dragon Age 2 went one bigger, forcing you into states you probably wish you could opt out of, but hey – I’m not a fan of Anders either and I resent the fact there’s very little you can do about his sheer stupidity. Still, the suicide mission allows you to come out with a full party provided you succumb to certain caveats – you need to do Morrigan’s ritual, kill the archdemon yourself, and avoid earlier scenarios like Zevran betraying you because you didn’t make enough of an effort to be pals with him.

Speaking of which, the companion situation in the suicide mission and the Blight is almost identical aside from the fact that the former iterates on it further. There are more companions, first of all, which makes it easier to assign tasks without compromising your core party. I wish Mass Effect 2 let us escort survivors back to the ship as a non-Shep companion like we get to defend the gate in Origins, but I recognize how much extra work that would have been and understand why it’s not an option. Still, the idea that every single companion you’ve recruited up until this point becomes important whether or not you ever paid them an ounce of attention is an essential part of articulating the aforementioned stakes of this mission. The fact you can lose them in Mass Effect 2 is an excellent innovation, but it’s absolutely a stalwart oak with its roots in Origins.

I’ve already mentioned you can die in both, which makes the conclusion similarities pretty visible right off the bat. I do wonder if Origins made Mass Effect a bit ballsier though – if it and its successors convinced it that it’s okay to have a main companion in game one appear as a little cameo in game two without any major plot significance. That’s not to do with the suicide mission, mind, but in general I think Dragon Age – although less beloved – is the real innovator in BioWare’s twin blockbusters. That’s another article for another day, though.

Next: Nier Replicant’s Daredevil Trophy Is Unnecessary And Transphobic 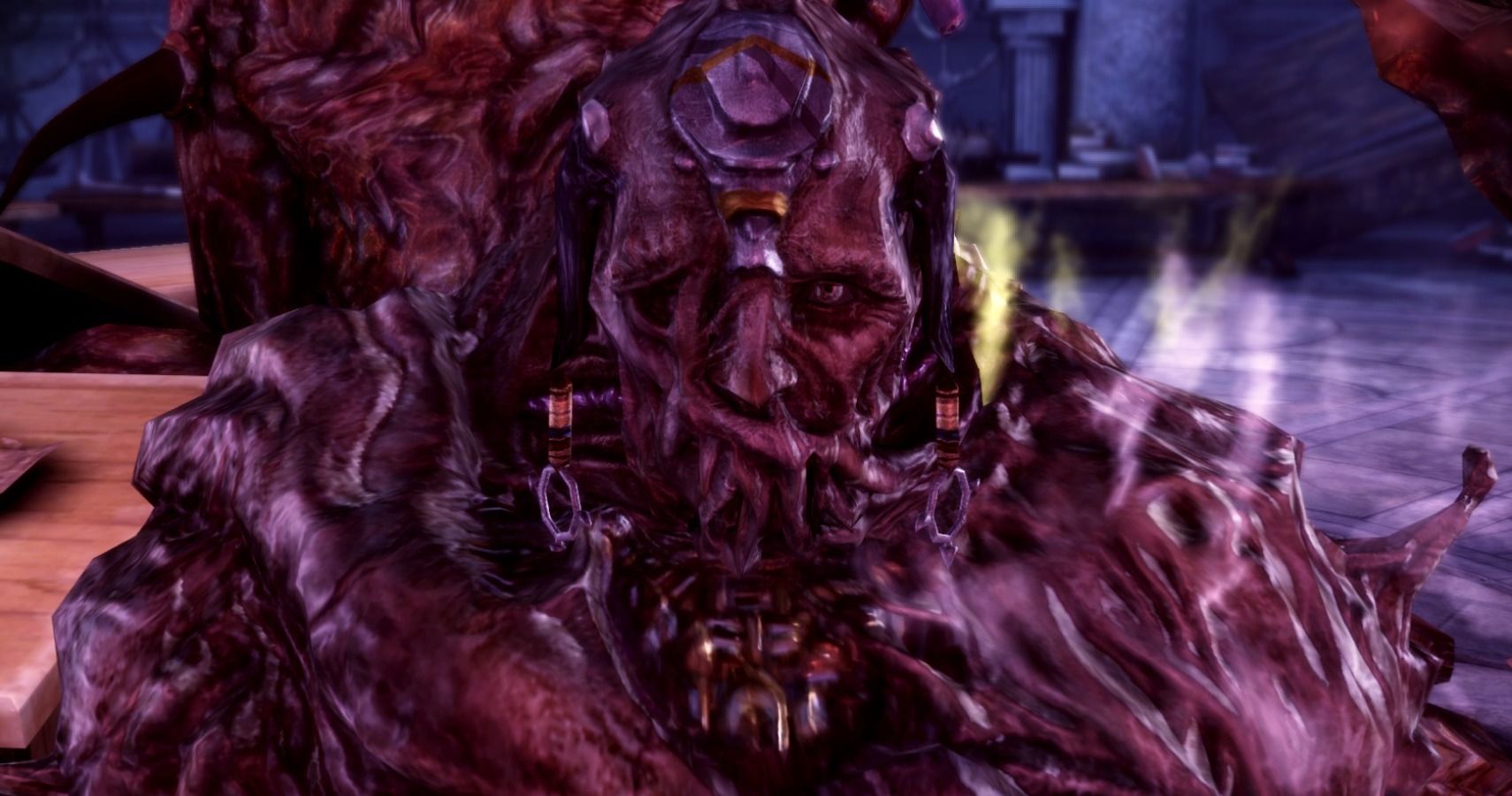