When Nintendo dropped its recent surprise Direct, many were quick to share their hot takes. The bulk of them were Nintendo-centric, such as complaints about the new Smash Bros. fighter or the random new first-party office puzzle game. One thing that seems to have slipped through the cracks is the release of Star Wars Jedi Knight: Jedi Academy. This is a shame, because it’s the most fun I’ve had with a lightsaber in recent memory.

For reference, my most recent lightsaber memories are playing Battlefront II (2017) and watching a friend build his own lightsaber at Disney’s Galaxy’s Edge theme park. Battlefront is fun, more fun than most give it credit for. But the lightsaber-wielding characters are balanced to exist in a multiplayer game. That means a battle droid can kill Obi-Wan by dodge rolling and blasting his back. Not the best way to feel like a Jedi. The theme park is amazing, but building a lightsaber costs $200. Jedi Academy on Switch goes for a much more affordable $20.

Jedi Academy is a port of the last entry in the Jedi Knight series that originally released in 2003. When its predecessor Jedi Outcast was ported to Switch, our reviewer lamented that it took too long to actually get a lightsaber. Jedi Academy fixes this problem by giving you a lightsaber and throwing you into battle immediately. This is where the fun begins. 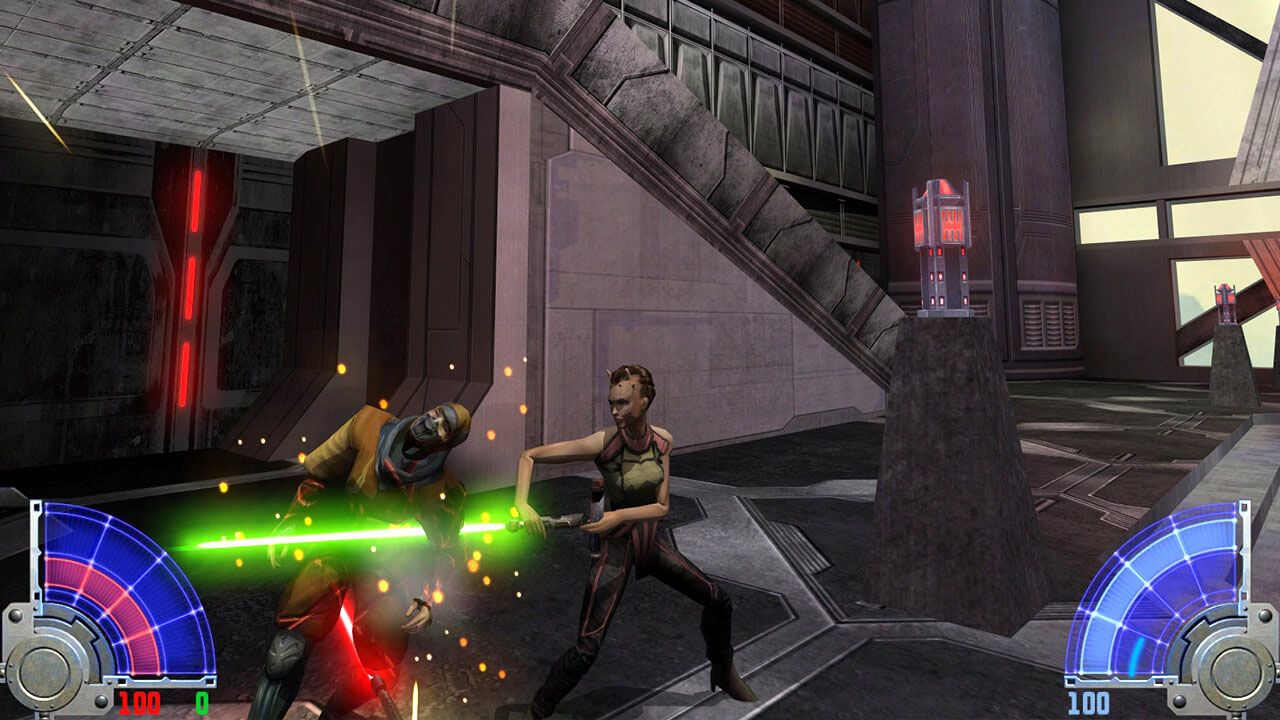 The first thing I noticed, much to my delight, was how Jedi Academy‘s lightsaber interacts with the environment. When I moved my character close to a wall, my blade left a mark. When visiting a stormy planet, I could see little sizzles on my lightsaber from where raindrops hit it. When I swung too close to an ally, I accidentally killed him. I chuckled in a moment of Dark Side glee.

All of these thoughtful details made me feel the weight of this legendary weapon (do lightsabers even weigh much?). This extended to actual combat. Lightsabers in Jedi Academy leave burn marks on the enemies and can even chop off limbs, something Disney won’t let Star Wars games do anymore. Yet they’re not all-powerful. If I charged into a group of enemies behind cover, I would catch several blaster bolts to the face. To fight like a Jedi, I had to think like a Jedi. This meant using Jedi speed to dash and jump to catch foes off-guard, or Force pushing them down. After some training I learned to be wise and swift, and the payoff was the most Star Wars gameplay I’ve had in a long time. 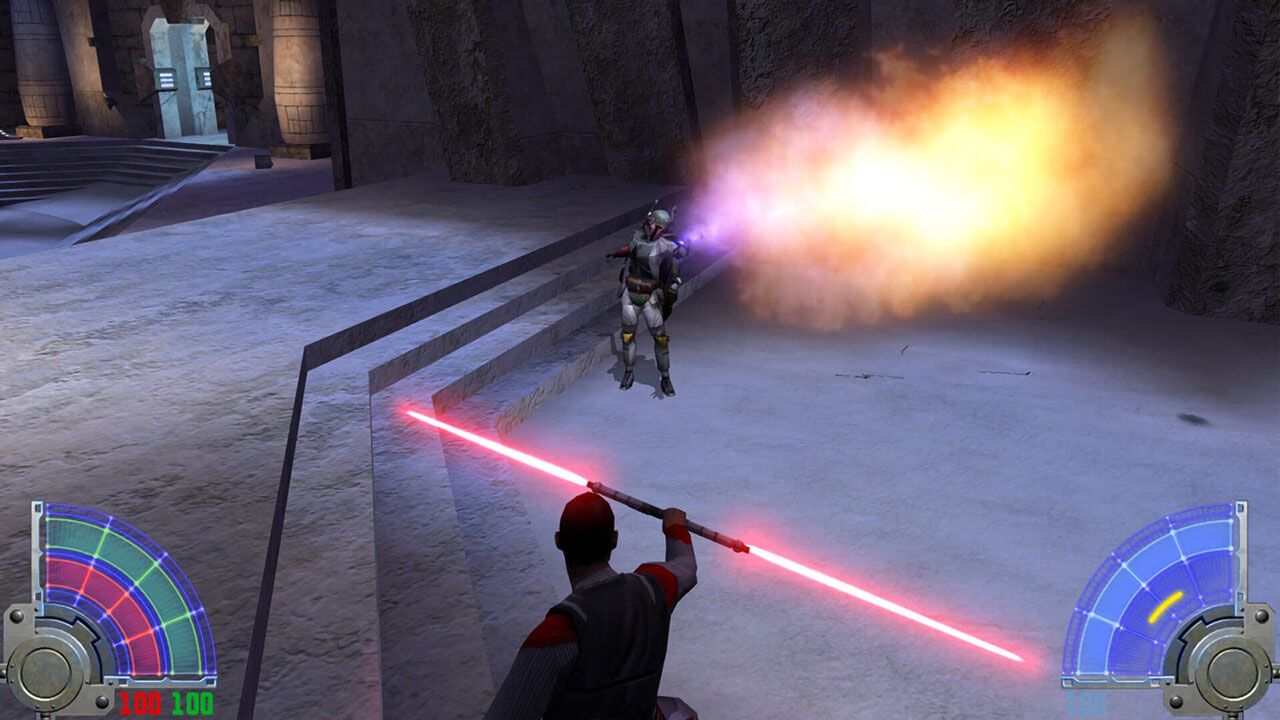 Again I compare it to Battlefront, where victory as a Jedi often comes from spamming crowd control Force powers. I can’t speak to Fallen Order, as it’s still in my backlog. For now I’m content to play Jedi Academy, an elegant Star Wars game from a more civilized age.