Pokemon Conquest is an exceptional Pokemon game, and it’s a crime that we’ve gone nearly ten years without a new installment. Conquest has a better story and more content than every mainline Pokemon game, as well as fantastic tactics gameplay that truly stands the test of time. Pokemon Conquest was overshadowed by the release of Black and White 2 and never got a chance to reach the audience it deserved. If we can get a remake of Pokemon Mystery Dungeon, then surely Pokemon Conquest deserves another chance on the Switch.

Pokemon Conquest released on the Nintendo DS in the US on June 18th, 2012. Developed by Koei Tecmo, Conquest is a crossover between Pokemon and Nobunaga’s Ambition, a popular turn-based grand strategy series in Japan. The game takes place in the feudalistic Ransei region. The player is tasked with conquering all 17 kingdoms and recruiting the various Warlords of Ransei in order to reunite the region and fulfill a prophecy to summon the creator of all Pokemon.

The gameplay is easy to learn but strategically complex. Tactical turn-based battles pit small armies of Pokemon against each other in grid-based combat. Positioning, timing, and type-advantage are all essential to success in Pokemon Conquest. Though each Pokemon only has one attack and one ability, the number of them you can capture and train ensures that gameplay is always interesting and varied. There are 200 Pokemon in Conquest that can be caught, evolved, and used in battle, and each one has an individual dynamic effect on the strategies you will need to use. 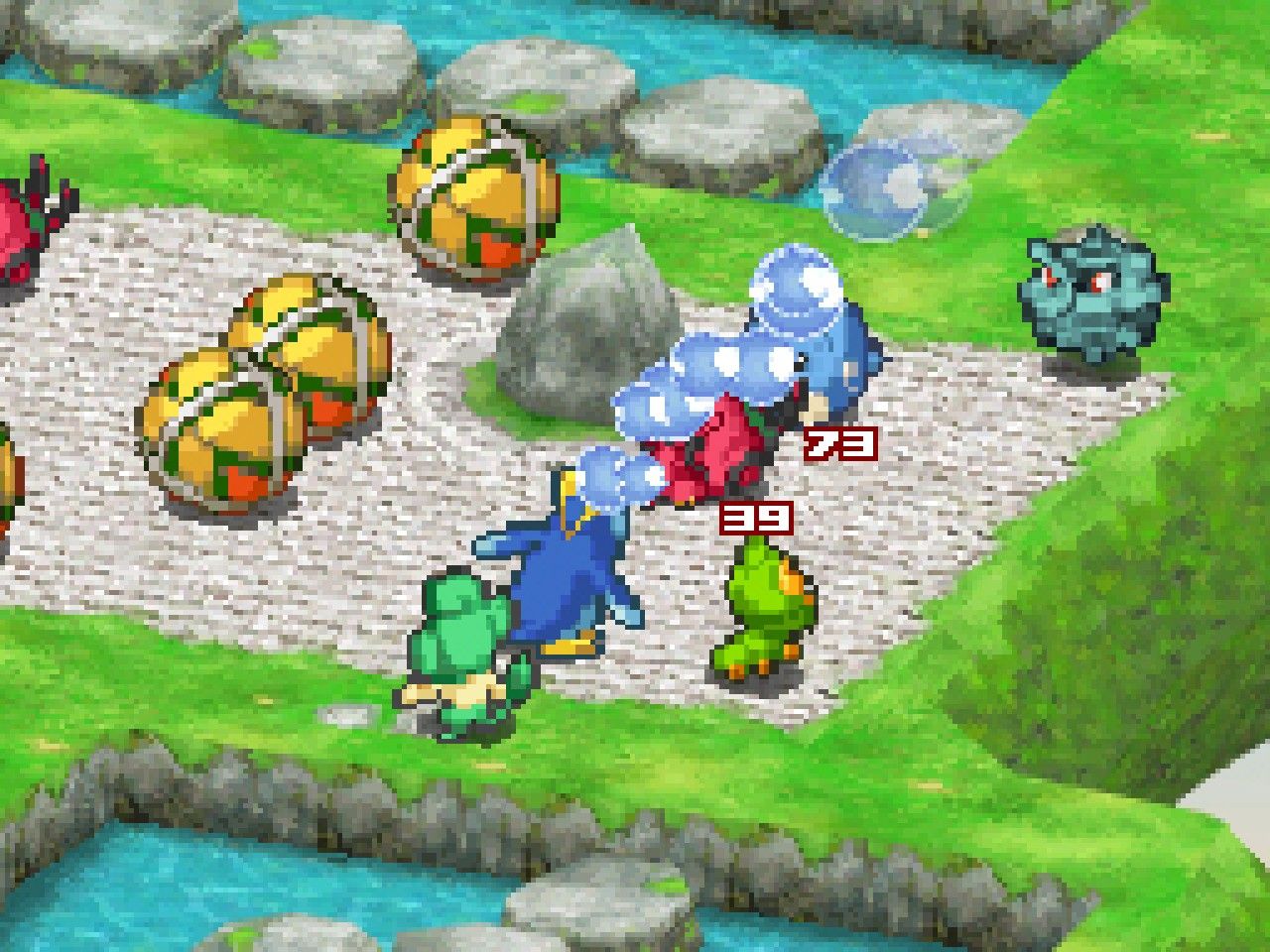 Pokemon Conquest is a remarkable game in a lot of ways. As you progress through the game, you’ll recruit warriors with their own special abilities and type preferences. By pairing each warlord with their “perfect link” Pokemon, you can eventually increase their bond until the Warlord evolves and gains an improved ability. This marks the first and only Pokemon game where the trainers themselves evolve like the Pokemon do.

Conquest also gave justice to one of the most powerful and fascinating Pokemon ever created: Arceus. The lore for Arceus was kept almost exclusively to the film Pokemon: Arceus and the Jewel of Life. When the film released, Arceus was delivered directly to Diamond, Pearl, and Platinum players as an event Pokemon. Arceus never received an in-game storyline like most mythic Pokemon, and considering Arceus is the creator of all Pokemon, that has always seemed like a major oversight.

Conquest centers Arceus as the Pokemon of an ancient prophecy. When the player unites the 17 kingdoms and defeats the forces of Nobunaga, Arceus appears, fulfilling the prophecy. The Pokemon psychically connects with the player to reveal some of the origin and cosmic history of the Pokemon universe in one of the most jaw-dropping finales of any Pokemon game. Before it’s over, you’re given the opportunity to link with Arceus and use its incredible power to go ballistic on a shiny Rayquaza. It’s a blast. 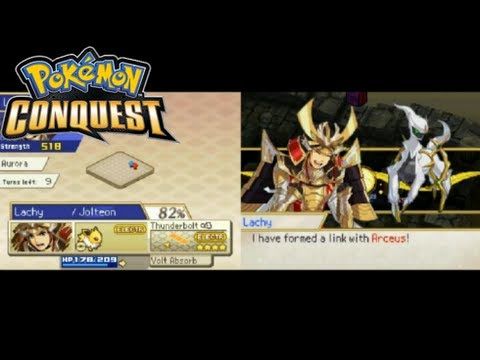 The best part of all: when the massive campaign to conquer all 17 kingdoms and defeat the Warlord Nobunaga ends, it is revealed that the entire game was essentially just a tutorial and that Conquest is in fact a massive grand strategy game with 38 interconnected campaigns, most of them as long as the first “tutorial” campaign. It’s truly an absurd amount of content and easily the biggest Pokemon game ever.

Pokemon Black 2 and White 2 released a few months later and largely overshadowed Pokemon Conquest, which sold only a million copies despite critical acclaim. At this point, the Nintendo 3DS had already been available for more than a year. The Nintendo DS was already technically last-gen, and Pokemon Conquest quickly faded into obscurity.

With 19 million copies of Sword and Shield sold, it’s evident that Pokemon is still a major franchise for Nintendo. We have seen from Pokemon Mystery Dungeon and the upcoming Pokemon Unite that Nintendo is still interested in spin-off titles. Koei Tecmo is developing high-quality spin-off games for the Switch like Hyrule Warriors, as well as massively successful tactics games like Fire Emblem: Three House. It seems like the perfect time for a remake of Pokemon Conquest, if not a sequel or spiritual successor. Pokemon Conquest is way too good to be left behind by Nintendo.

Next: If the Pokemon Games Are Almost Always The Same, Why Do People Still Keep Playing Them? 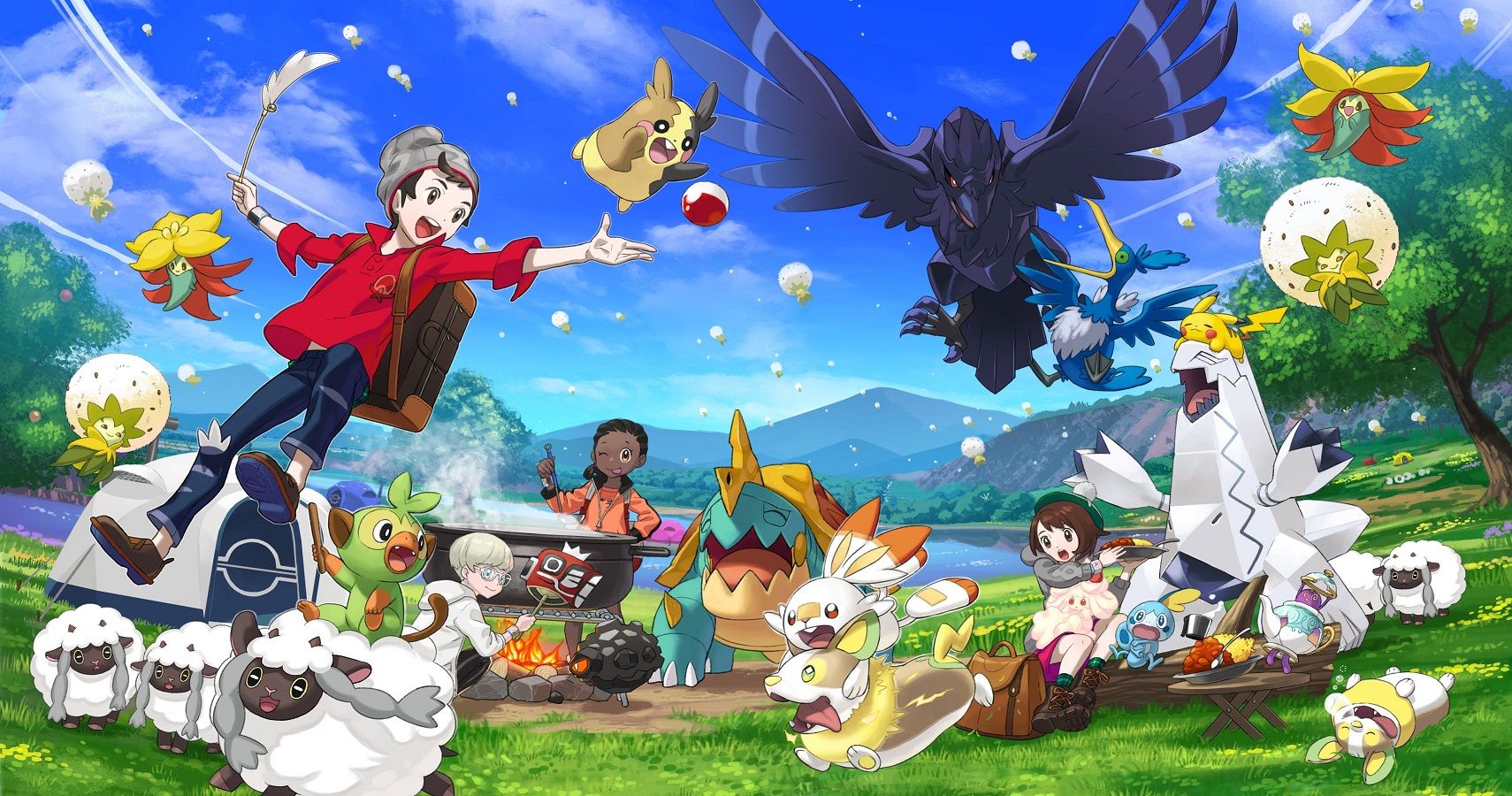