I Wish We Got More Mass Effect Missions With Nihlus Kryik

Adaptable, smart, and radiating an unwavering sense of conviction, Nihlus Kryik exudes the same kind of energy that made Ned Stark look immortal. He’s the star player at the beginning of the story, the single person capable of challenging the apocalypse to a staring contest and winning. Around 30 minutes into the first Mass Effect game, Nihlus lets his guard down around his mentor and gets a bullet to the back of the skull, but I’ve always wondered about the counterfactual – the version of Mass Effect where you get to go on a string of high-profile Spectre missions with one of the best in the biz.

Nihlus’ backstory isn’t unlike Shepard’s – well, at least one of many valid versions of theirs. A turian from the outer colonies, he enlisted in the army as a teenager and was both disliked and distrusted by his peers. Despite this, he excelled in every single measurable military discipline aside from… well, discipline. Like Garrus’ Renegade streak that causes him to denounce C-Sec, Nihlus knows that there are orders, and there are ways to get the job done. If Saren hadn’t lifted him out of the military and recommended him for the Spectres, Nihlus very well could have been court-martialed and wasted in civilian life – Saren showed him a new way to live before the army showed him the door.

But there’s something different about Nihlus. He is ruthless when it comes to efficiency and completing the task at hand – we hear about him killing an unarmed civilian after we meet Samara in Mass Effect 2, for example. But Samara also tells us that he managed to evade her for two weeks straight, intuitively holding out in a taxing game of cat and mouse before gingerly curtailing the situation into a scenario that caused her to choose between her code or her prey. Sure, Samara wanted him dead, but she also couldn’t help admiring his tact – it seems anyone who met Nihlus was inspired by his unique talents. 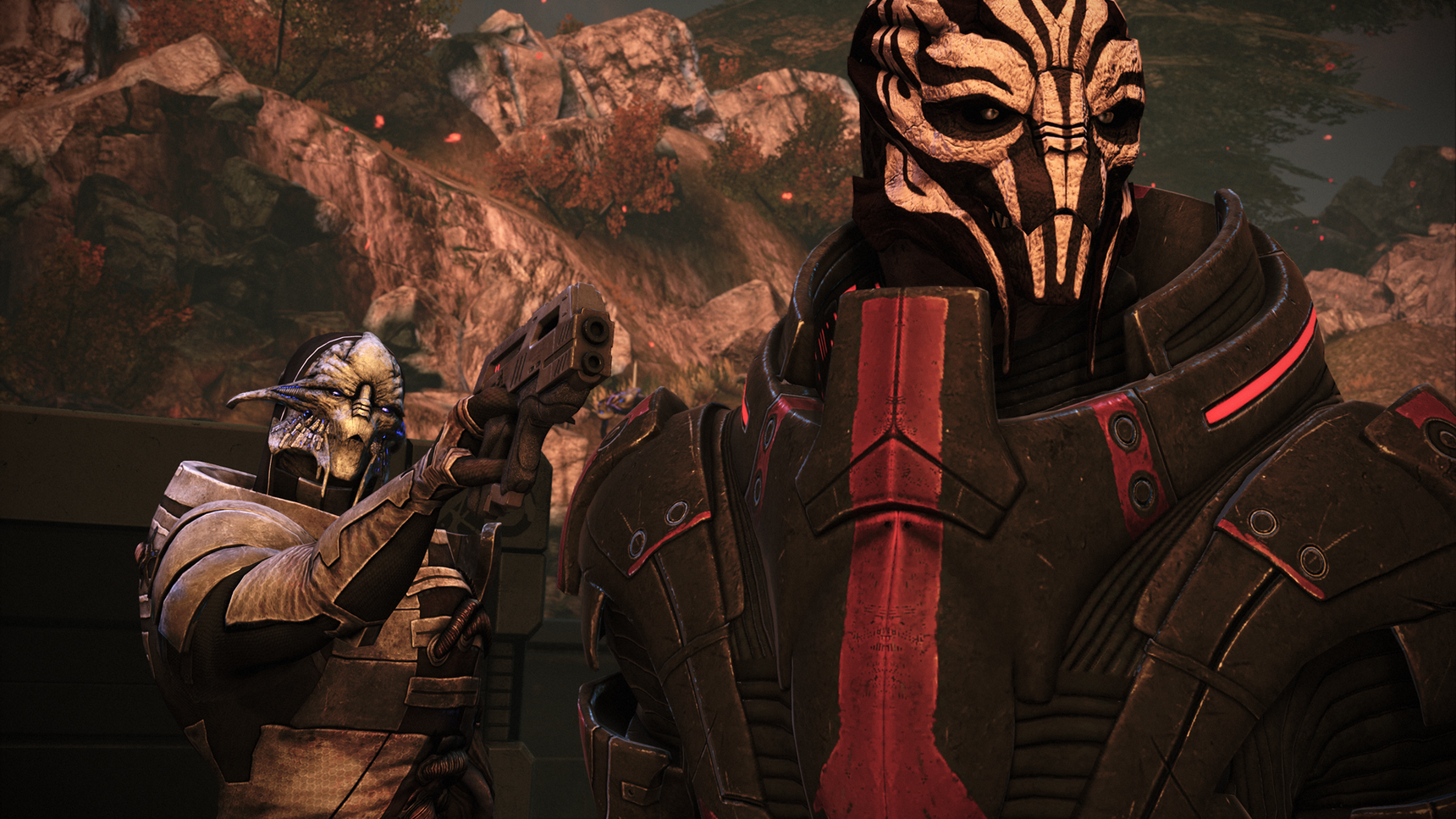 And yet we never get to see those talents. I understand why Nihlus dies – it introduces Saren and moves the first piece in the game to come. It also has a lot to do with inheriting a situation in a way that makes justice king – Nihlus, Saren’s protege and trusted friend, is simultaneously the image of his mentor and the exact opposite. He is a valuable loose cannon, but for each of Saren’s ills Nihlus has strengths. He doesn’t share his mentor’s hatred of humans, nor is he so ruthless that he has become cold by definition. Nihlus, although serious, professional, and clinical in his work, is not unfeeling. He’s like Garrus minus the jokes – I can imagine him agreeing with everyone’s favourite turian when discussing how the Normandy’s Alliance tech and turian engineering is proof of how much good could come from the two species trusting one another.

And I honestly would have loved to see that. Say Nihlus was injured instead of mortally wounded, or we went on two or three missions with him prior to Eden Prime. Say we just had a little bit more one on one time with him, or even some kind of unofficial Spectre training – it would give us even more reason to approach Saren with a personal vendetta, a longing for vengeance. I understand how what we got works – we still need to tackle Saren with all of our might, no holds barred. Although when you consider that Saren is the best Mass Effect villain, and think about how personally invested we are in the feud with Kai Leng despite the fact he’s actually a bit rubbish… well, it just seems like a waste of potential. Imagine we got to spend a similar amount of time with Nihlus as we do with Thane later on, to become close to him and learn more about him – to inherit not just his job, but his mission, his legacy.

Mass Effect is a series that is very difficult to fault. If I were to nitpick, though, and truly critique the first game based on things I thought could have been done better, I can’t help but wonder what Nihlus Kryik could have been. Sure, he’s the Spectre that recommends us and ultimately the person whose death informs the Council of Saren’s villainy. But he never became a literal or even figurative spectre lingering throughout the series, haunting or inspiring the Shepard that stands in his legendary boots and continues to walk into Hell to save the universe from a threat no one truly comprehends. I don’t know about you, but I really wish we saw more of Nihlus Kryik – hell, I’d play a game based on young Nihlus any day of the week. Come on BioWare, let me play as a turian badass.