My little brother got a gaming PC for Christmas. He kept telling me to slap him because it didn’t feel real. I know the feeling. The whole experience made me a bit teary-eyed and nostalgic because it was 15 years ago (yes, I know, fucking hell) that my parents bought me my first PC. It’s just a big blue box with some fans and a chip inside, but to a kid, it’s like a portal to another universe. My little brother’s system is superior to the one in my memory in about every way imaginable, but really, they’re exactly the same. Your first PC is magic that way.

It has glowing LEDs inside that you can change the colour of and a matching desk-sized LED light-up mouse pad. The case is cavernous and its seven fans purr softly. The PC isn’t the most powerful system out there, and we had to buy a prebuild because cards are still impossible to get, but it can run Fortnite and Apex Legends at close to 200 fps. Those games would’ve blown my 13-year-old mind, let alone owning a system that could run them properly. Except, my little brother didn’t want to play those silly little games. He wanted to play Terraria.

I should provide some context. Terraria has become a game my little brother and I bond over. I’ve played the game since the year he was born, but he probably knows more about it than me now. He makes contraptions out of wire and designs mob-killing machines. I’ve written detailed guides about the different builds in Terraria, and he’ll refer to them while we play, and sometimes say ‘Oh Harry, this guide is no good.’ (Don’t tell my boss. I updated them when no one was looking.) We play for hours and hours, exploring caves full of skeletons and slime, defeating floating Eyeballs, and building fantastical villages out of mahogany and sandstone brick.

I bought him Terraria for £2.79 about two years ago. My copy cost me £4.50 close to ten years ago. This is absurdly good value for the approaching 1,500 hours we’ve got out of the game. Re-Logic’s masterpiece was supported, for free, for over a decade. It has thousands of hours of content, and thousands more with mods. The game is devilishly complex and yet completely approachable for new players. Terraria will go down in history as one of the best-ever deals in gaming, and perhaps, objectively, one of the best games ever released.

You can run the game on just about anything, including the dusty Xbox One we break out when kids suddenly appear all over the house at Christmas. But Terraria was also the game I loaded up when I purchased my first ever ‘quite expensive’ gaming laptop earlier in the year. It might seem ridiculous to load up Terraria on a brand new rig, but settling into a PC is all about comfort, and there’s nothing quite like Terraria for feeling comfy. 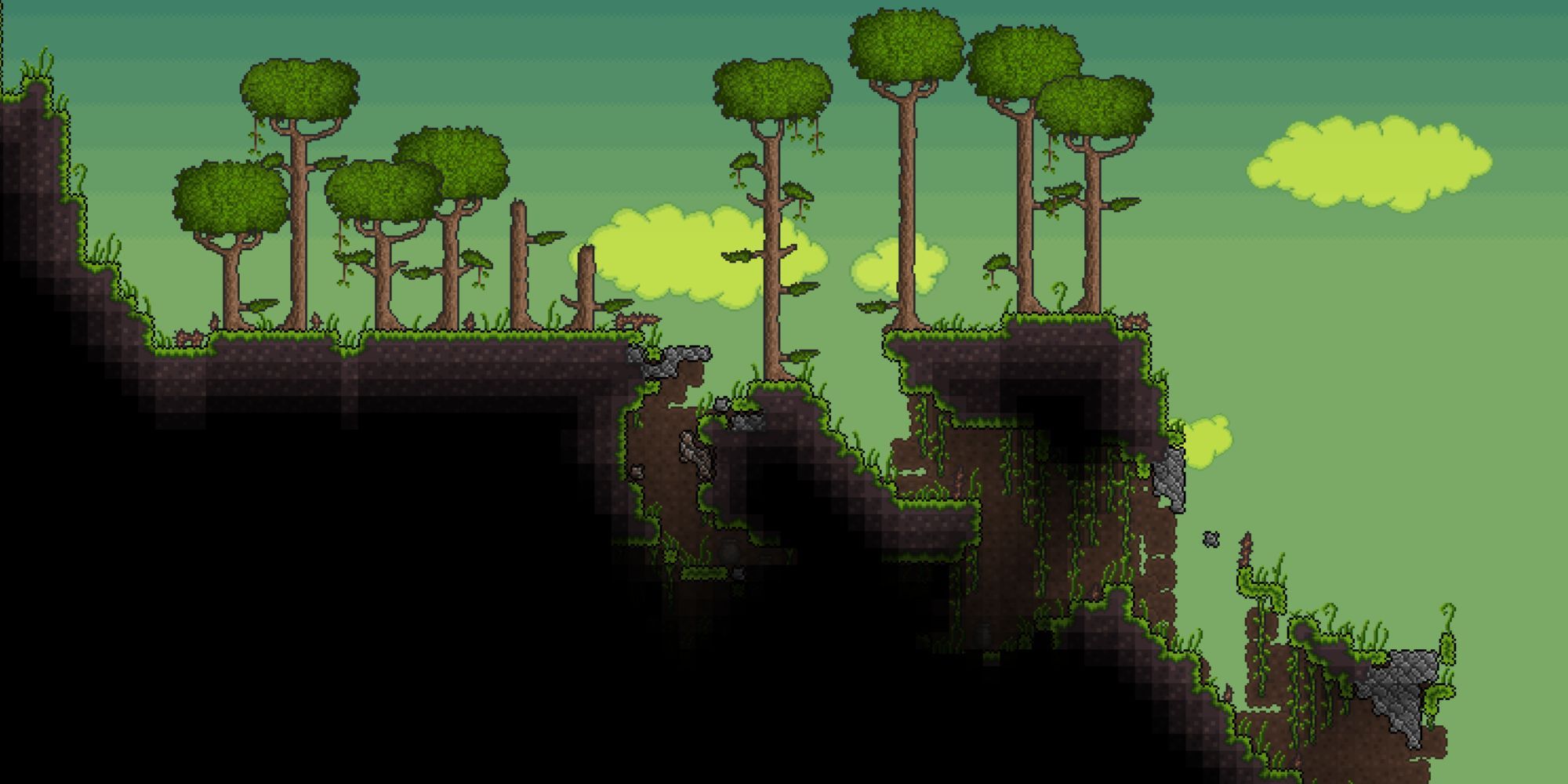 There’s something about the snappy loading time and clean desk and then the fresh, open world of Terraria that will always be synonymous with a new computer for me. Our comfort games become more prevalent at this time of year, where it is common to be drinking in midday, eating a lot of chocolate, and feeling worn out. You might load up The Witcher 3 for the twelfth playthrough, or return, begrudgingly, to Cities: Skylines. For me, Terraria is the ultimate comfort game, the game I’ll never put aside. I am at once totally comfortable with its systems and items, and yet always feel a bit lost when I open a new world. Three hours later, which pass in a spelunking blur, I realize I’ve eaten an entire pack of Flying Saucers and it’s dark outside. Now that’s comfort.

It’s a testament to Terraria’s everlasting allure that my brother, almost a generation apart, also turns to the game when he’s just looking for something comfy and easy. It takes about three minutes to download, three minutes to set up a character and a world, and another couple of minutes to cut down your first trees. You don’t need an account, you don’t need to be connected to the internet, and you don’t even need a 2021 gaming rig. Terraria is accessible, comfortable, and undoubtedly a timeless classic. And most importantly, at least my brother didn’t play Warzone. The kid’s got taste.