Strange art is often made in the name of advertising.

The wild world of tie-in TV shows and movies has brought together The Smurfs and the Teenage Mutant Ninja Turtles, taken Fred Savage on a cross-country journey to play Nintendo, and introduced the world to a vile E.T. knock-off designed to sell kids McDonald’s. While it is cynical and gross to turn art into a purely capitalistic endeavor, it’s hard to deny that corporate synergy and creative savvy can combine for some sublime results on occasion. Just look at Pokemon – an anime that’s equal parts genuine environmentalism and cynical marketing ploy.

However, these advertisements masquerading as art can take on a life beyond their intended purpose to market something. Sometimes the tie-in media loses the plot so utterly, so deliberately that it’s impossible to remember what you were being sold on in the first place. Such is the case with Di Gi Charat, a series packed up and shipped to American anime fans in the early aughts with little to no context as to its intended purpose.

The franchise, originating in Koge-Donbo’s comic strip Gema Gema and spread across several separate anime series and manga spin-offs, follows alien catgirl idol Digiko and her younger sister Puchiko as they work day-to-day as idols for a gaming shop. Each four-panel comic or short anime episode is a frantic burst of madcap comedy, as Digiko either clashes with her rival coworker Hikaru (who masquerades as rival bunny girl idol Rabi~En~Rose) or causes some type of mayhem for everyone around her. It’s a goofy series, one built around assaulting the viewer with as many slapstick fights, silly puns, and bizarre sight gags as possible. 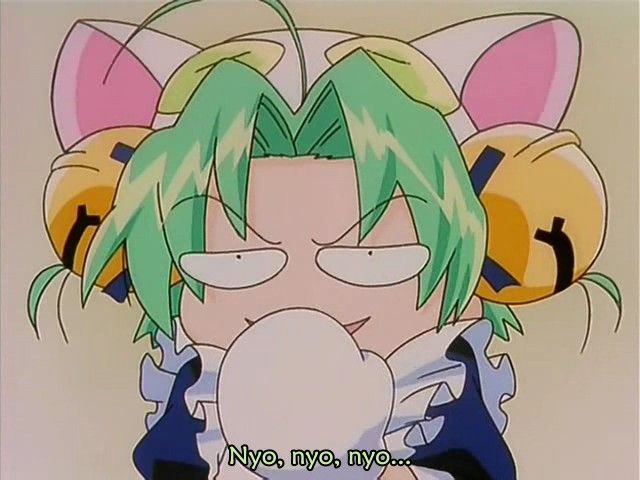 That steadfast commitment to irreverent comedy helped the franchise to carve out a fanbase in the mid-aughts Western anime fanbase. The series did well enough in America that practically all of its various shows, OVAs, and manga were licensed and translated into English. In the sweet spot between 2002 and 2007, it wasn’t uncommon to see an abundance of Digiko cosplayers at conventions, or licensed messenger bags emblazoned with Puchiko toted by fans. For a time, there was a small but noticeable push from publishers like to make Di Gi Charat a “thing” among the Western otaku set – and it worked, if only for a short time.

But this push wasn’t surprising – in fact, it was by design. Di Gi Charat is a zany comedy series, yes, but it’s also an advertising campaign for Gamers, a Japanese chain of gaming stores that had aspirations of breaking into the US market in the early 2000’s. Gamers is owned by Broccoli, a Japanese video game publisher known for their Aquarion and Galaxy Angel franchises. After ADV and Viz had success with the anime and manga in America, Broccoli would go on to start up a Western publishing arm responsible for putting out their own titles. Their anime label, Synch-Point, put out the original TV series and movie on DVD, while Broccoli Books published various spin-off manga and doujinshi compilations. At the time, it was easy to find these at big-box stores like Best Buy and Barnes & Noble.

Those publishing endeavors were short-lived, though, as Broccoli’s penetration of the American market didn’t go as planned. Their sole US store in Los Angeles, which also served as the main distributor for their Western releases, shuttered only a few years after opening. Despite early success with shows like FLCL, Synch-Point went on hiatus shortly after their DVD replicator went out of business, before shutting down entirely in 2008; Broccoli Books would also cease operations shortly thereafter.

The interesting thing, however, is that most of this stuff behind the scenes went over the heads of American fans. Devoid of context, it was just a funny little series with cute characters and wacky cartoon antics. Publications like Wizard’s Anime Insider hyped it up as a “Kaufman-esque” comedy, and Broccoli’s merchandise of the characters penetrated the market almost entirely on the merits of Koge-Donbo’s designs. The sheer absurdity of the franchise’s humor was enough to sell viewers, and the cuddly designs were enough to sell everyone else. For the Western fanbase, Digiko wasn’t the mascot of a gaming shop – she was just Digiko, a hot-blooded catgirl alien idol princess. 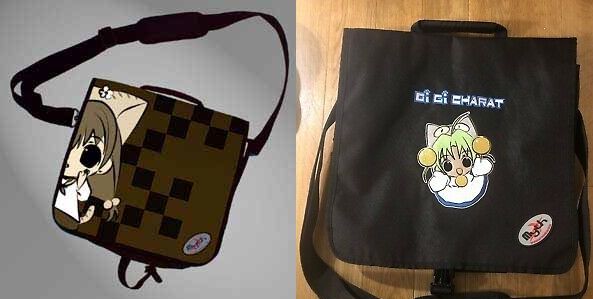 That speaks as a testament to just how slick Di Gi Charat was as an enterprise, really. The characters, the anime, and the manga had such universal appeal that their intended purpose didn’t matter. All that mattered was that the designs were cute and the jokes were funny – nothing more, nothing less. Broccoli managed to sell American audiences on a mascot for a shop that they couldn’t visit solely on the artistic merits of its advertising.

Today, Broccoli is still around, but far from the major presence in otaku culture that they once were. At some point, they were absorbed by Japanese publishing monolith GungHo Online Entertainment (I couldn’t find the exact date,) and seem to exist in a more limited operational capacity. However, that may change soon – Broccoli and Bushiroad (publisher of mega-hits like Love Live) recently announced their intent to “reboot” Di Gi Charat for a modern audience. What this entails is unclear, but if the companies are serious, it could entail new anime, manga, merchandise, etc. It’s unknown if the original cast – who reunited for a 20th anniversary event in January – will be involved in any new plans for the franchise.

Strange art is often made in the name of advertising. Sometimes, that art looks like high-profile crossovers, or movies based on hit commercials. But sometimes, it looks like a cute catgirl with a devilish streak, making dumb jokes and charming her way into the hearts of fans who don’t even know they’re being advertised to.

Ahh… the power of marketing, nyo.

Next: Netflix Will Acknowledge Geralt Of Rivia’s Disability In Future Seasons 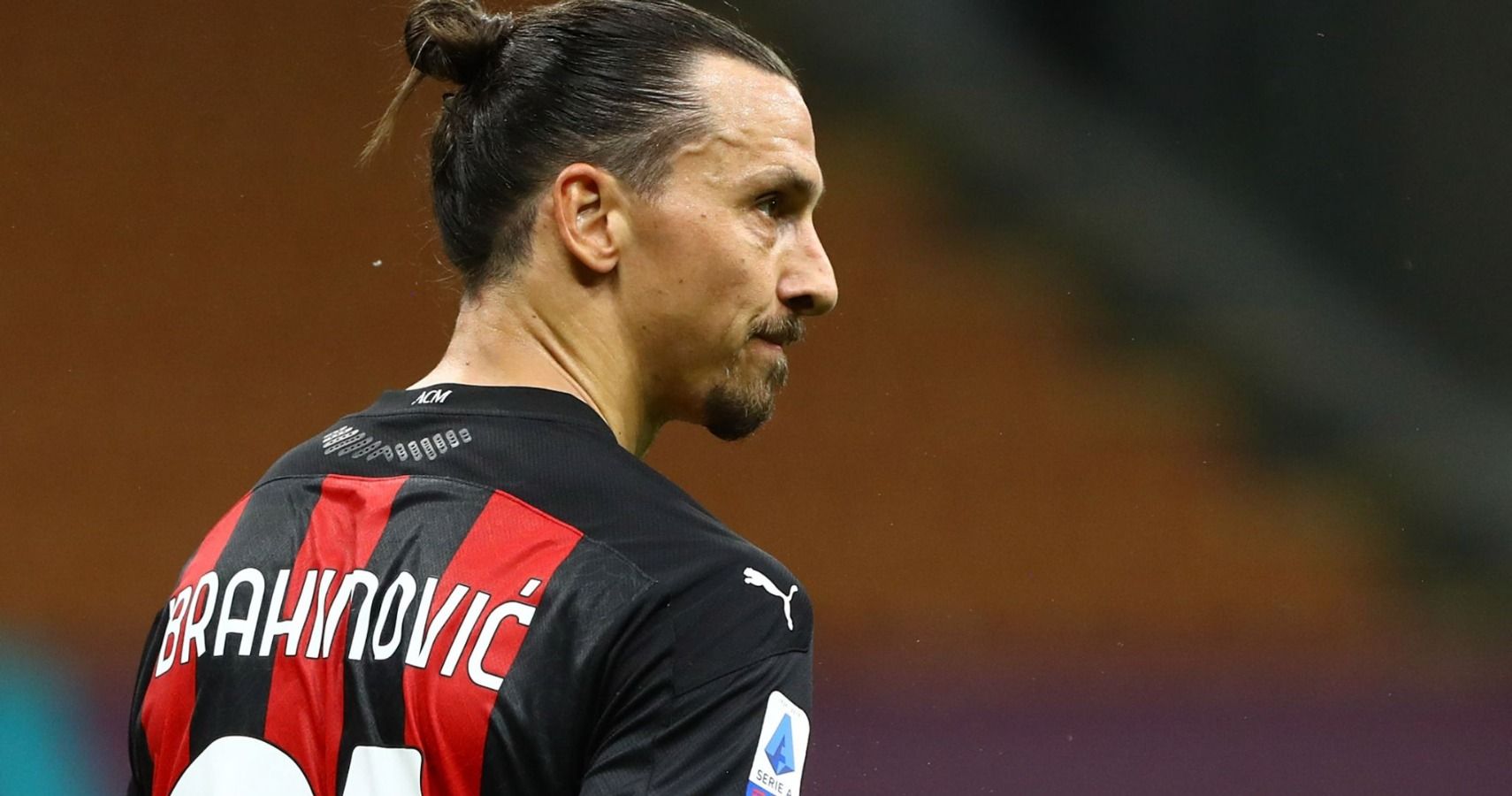