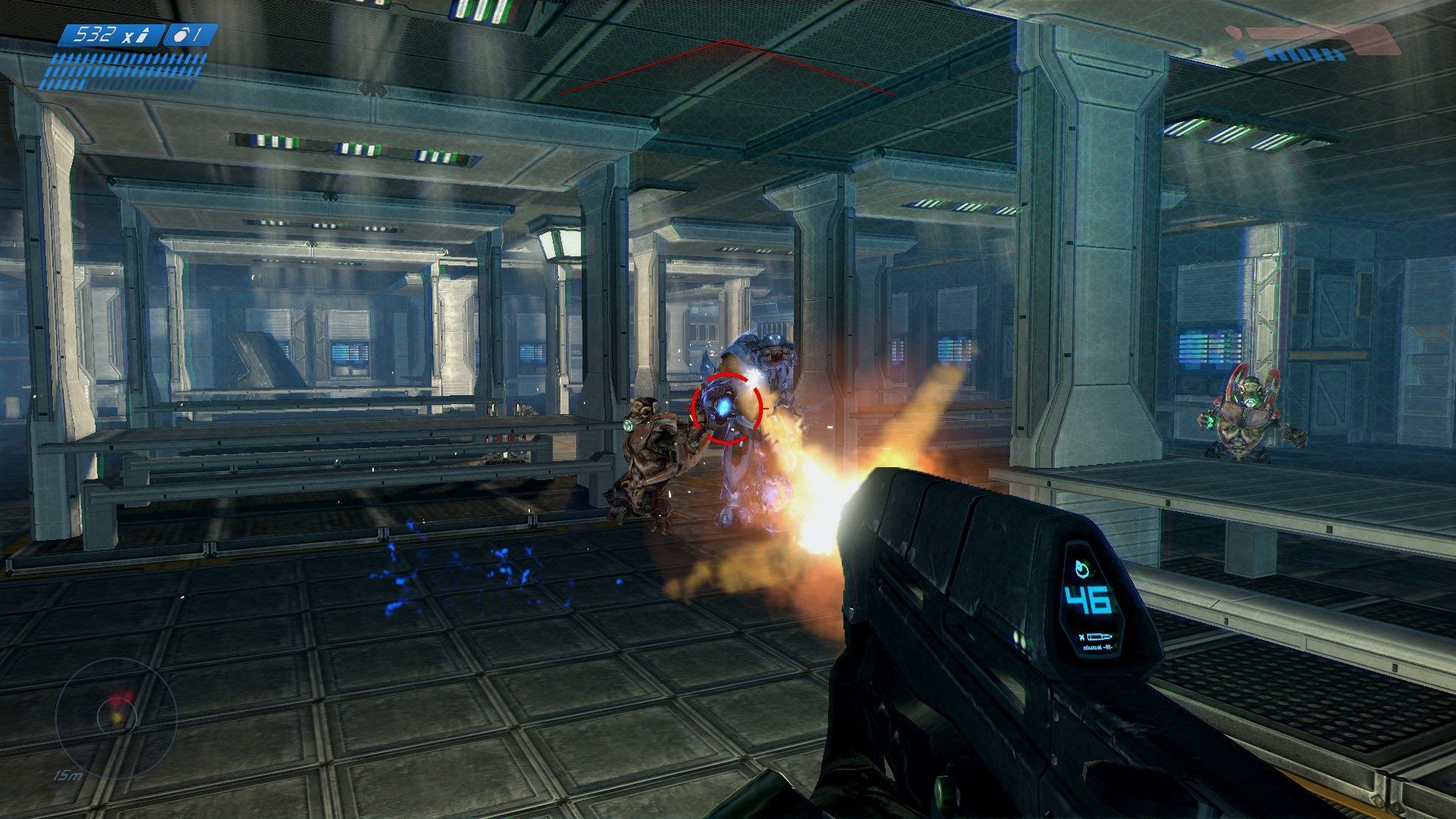 Halo wastes little time in getting to the action. The opening battle sequence on the ship is effective in setting the stage for what’s to come. One should be prepared to utilize strategy, including the environment. In the opening battle, Chief can go into a side room to sneak up on Convent forces. In a later mission, Chief can break the glass from the second floor and fire upon enemies down below.

There is a good assortment of weapons to use throughout the campaign. The shotgun comes later, and when it’s there, few things are as satisfying as blasting enemy after enemy. As the missions progress, the difficulty increases, but satisfaction also increases as players outmaneuver and destroy hordes of enemies.

While Halo certainly succeeds on the action front, it could have benefited from more unique sequences. For example, one of the most fun parts of the campaign is when the sniper rifle was heavily utilized. After that, the rifle doesn’t appear too much.

One of the most effective sequences continues to be the buildup to the Flood. This part adds a thrilling horror element, and shakes things up because the Flood are enemies to the Covenant as well. Toward the final few missions, Chief can pass the Covenant and Flood as they battle each other, adding a nice wrinkle.

The game could have gone even further with the Flood. For instance, Chief has a helmet light, but it’s rarely needed. There could have been a lengthy part where Chief has to navigate the dark halls while running into the Flood.

Halo’s soundtrack is solid. The operatic themes are elevating. Strangely, there are times when the level is quiet, when it feels like there should be music playing in the background. The game also features multiplayer, which can be a nice change of pace from the campaign.

Some Dull Environments & An Annoying Vehicle 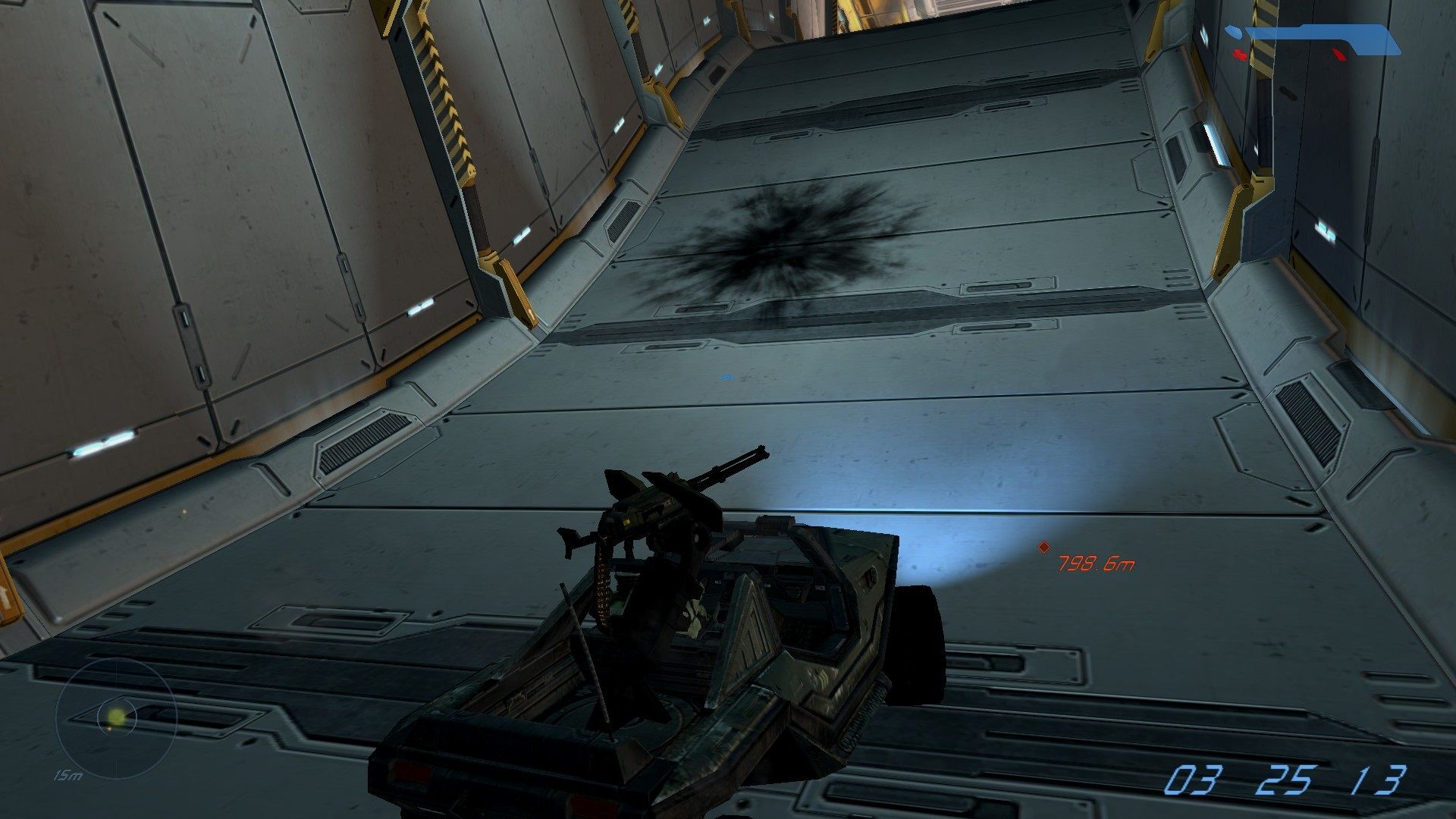 The final act in Halo: Combat Evolved Anniversary is an exciting escape sequence that would make Super Metroid proud – or rather, it should be. Instead, it is marred by the incredibly sluggish Warthog vehicle. Thankfully, the Warthog doesn’t appear too much, but the climax became tedious because of it.

Halo’s environments can be dry. In a later mission, it can be easy to lose track of where to go due to the dull, repetitive rooms.

There was a checkpoint glitch on a couple of occasions. Master Chief would proceed through an area, but no checkpoint notification would pop up. Upon dying and traversing again, the checkpoint would register. This happened in the tedious escape sequence. The glitch doesn’t happen often at all, but still needs to be mentioned.

Not The Definitive First-Person Shooter, But Still Great 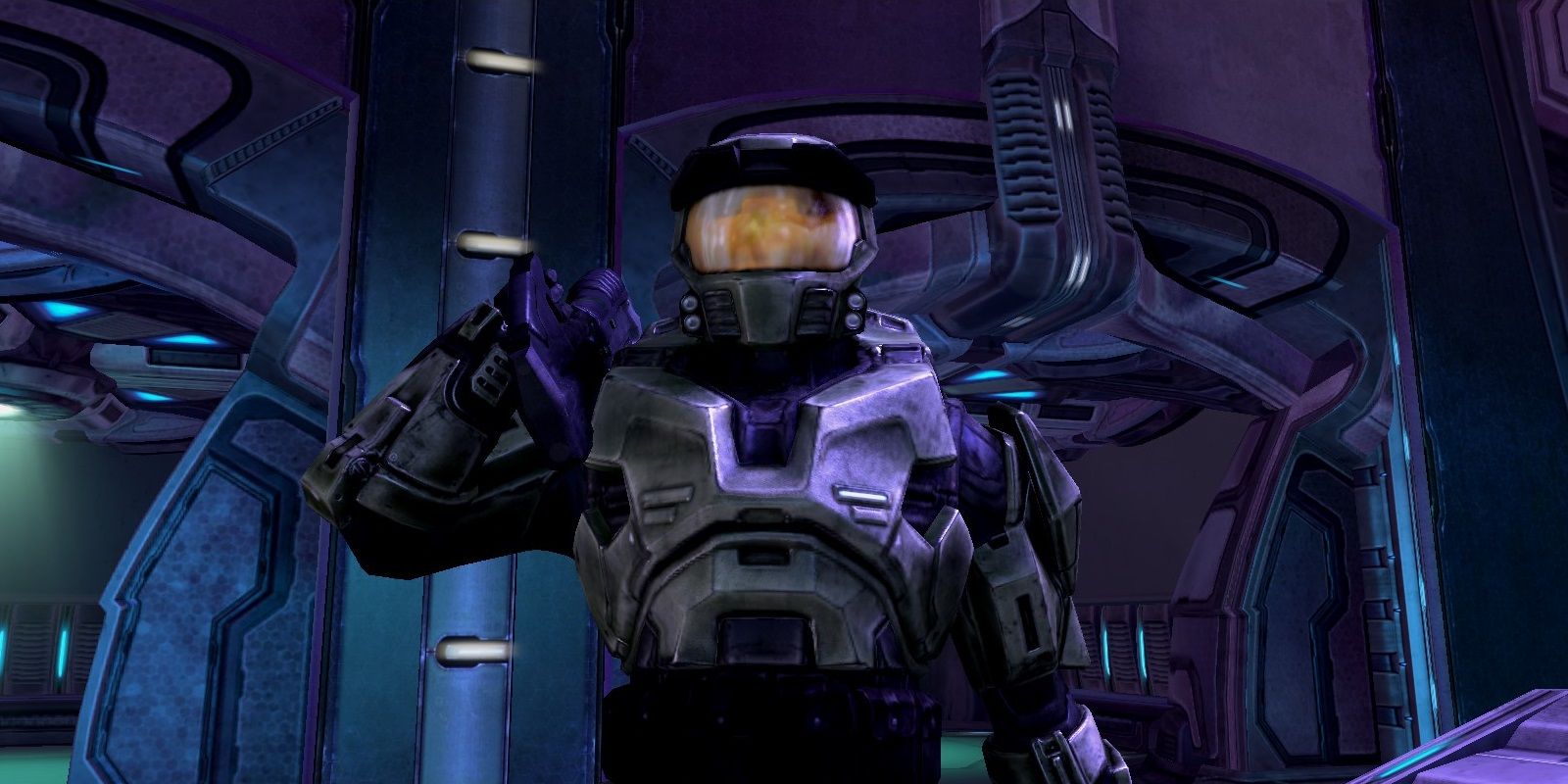 Halo: Combat Evolved Anniversary is still a quality version of the legendary game. It features all the action fans of the genre could want. Sadly, the Warthog controls abysmally, ruining a potentially epic climax. The environments toward the latter part of the game get repetitive and dry. But, as a whole, Halo: Combat Evolved Anniversary is a worthwhile play for fans of the genre.

A PC copy of Halo: The Master Chief Collection was purchased by TheGamer for this review. Halo: Combat Evolved Anniversary is available for PC and Xbox 360.