Garrus, Not Shepard, Is The Real Hero Of Mass Effect 2’s Suicide Mission

From the moment you meet Garrus Vakarian in Mass Effect 2, he is a man who has been cursed – cursed with guilt, cursed with regret, and cursed with the burden of bearing his fallen squadmates’ deaths in vain. Despite being a fast friend with his heart in the right place, Garrus’ gradual descent into renegade territory makes him increasingly capable of intense brutality enacted in the name of his own personal justice. His arc in Mass Effect 2, while being less fleshed out than some of the other characters’ – cheers, calibrations – is largely focused on this, to the point that the suicide mission is his true, perfect denouement, provided you play it in a particular way.

When you meet Garrus in Mass Effect 2, he’s currently operating as a vigilante on Omega under the alias of Archangel. As I wrote before, this character introduction is still top-tier 11 years later, although the quality of Garrus’ arc never stifles. He’s rogue and rugged as ever, cracking jokes about his cracked carapace face mere minutes after being treated for a slug to the skull. But there’s something different about him, something unquantifiable but vaguely present, as if he is a man haunted by ghosts. Two years have passed since you died, mind, which is a whole lot of time not knowing what the hell has been going on.

Later in the story, Garrus will come to you and properly open up for the first time. He’s found Sidonis, his ex-vigilante partner who sold him and all of his men out. As a means of finally putting his demons to rest, he wants to put a 50-caliber bullet through Sidonis’ brain. There’s no use talking to him about it, either – his mind is set, and if you want to gain his loyalty and keep him alive through the suicide mission, this is a job you need to take. 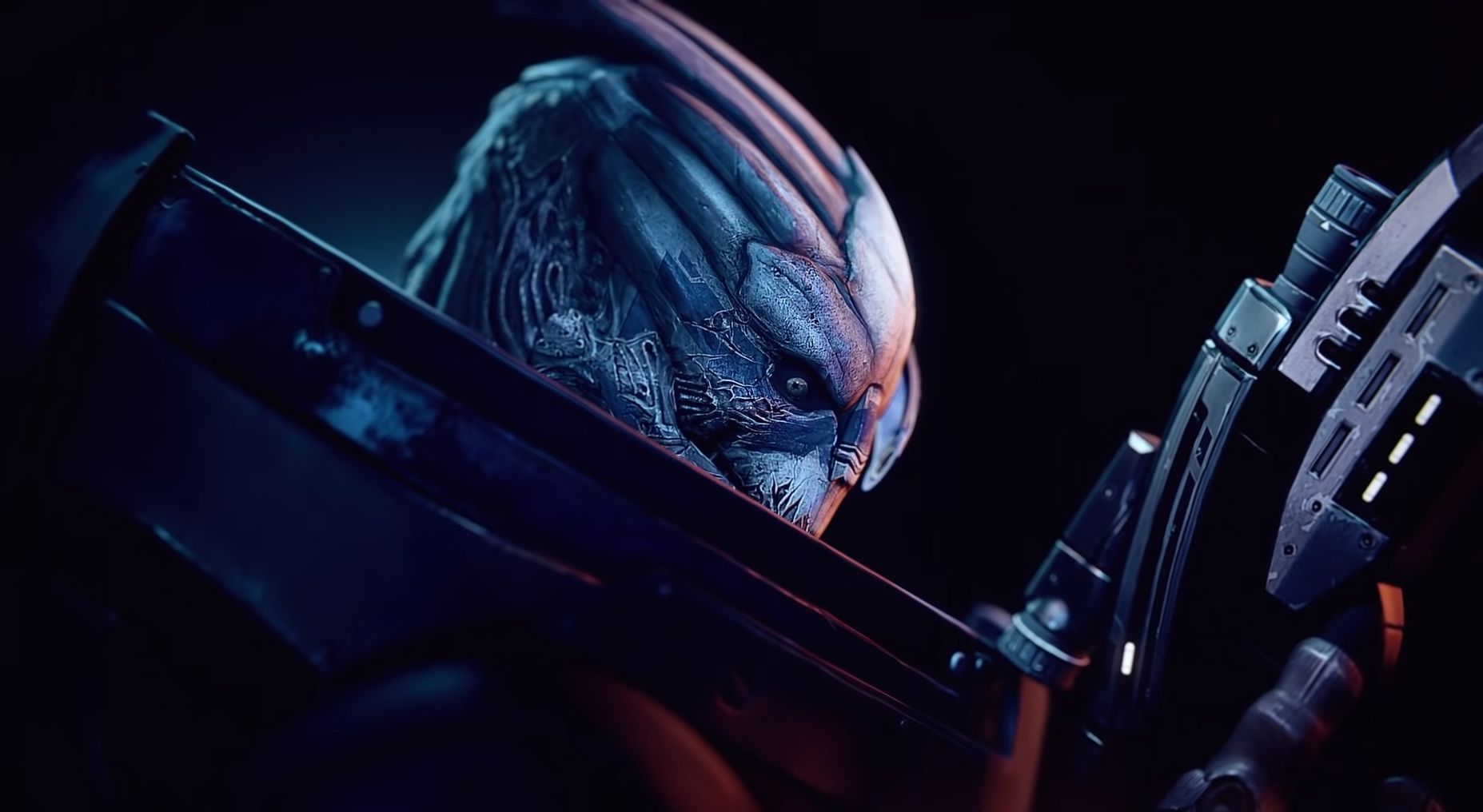 Except, stubborn as everybody’s favourite turian is, there’s wiggle room here. After locating and beating up Fade, who happens to be Harkin from the first Mass Effect, you’re tasked with distracting Sidonis until Garrus can line up a shot. Once he gives you the signal, you can refuse to move. A lot of people move right away and allow Garrus to get his revenge, although as someone who has done both options, not letting Garrus pull the trigger is the better one. If you keep him waiting for too long, Sidonis breaks down and explains what really happened. Like Garrus, he is haunted by that day, but for the opposite reason – Garrus was a courageous leader who could do nothing, while Sidonis was a craven coward who did too much of the wrong thing. Garrus tells Sidonis to get lost and meets you back at the shuttle. He doesn’t want to talk about it, but he will say one thing: he still saw some good in Sidonis, and that’s as good a reason as any to let him live.

Making this choice leads to two very niche but important details. In Mass Effect 3, a turian named Sidonis is reported as having died while saving innocent people from the Reapers. In Mass Effect 2, meanwhile, after completing Lair of the Shadow Broker, you can read Garrus’ dossier and discover that he crossed Sidonis off the kill list carved into his visor.

So, how does this come back to the suicide mission? Well, on one hand, Garrus has finally made peace with half of his demons. Whether you kill Sidonis or spare him – although this applies more to the latter option – he has managed to rationalize what happened that day. He’s still gutted, but the shame has started to dissipate. Now that his head’s on straight and you’re gearing up to storm the Collector Base, his final, self-actualized version of redemption becomes possible. 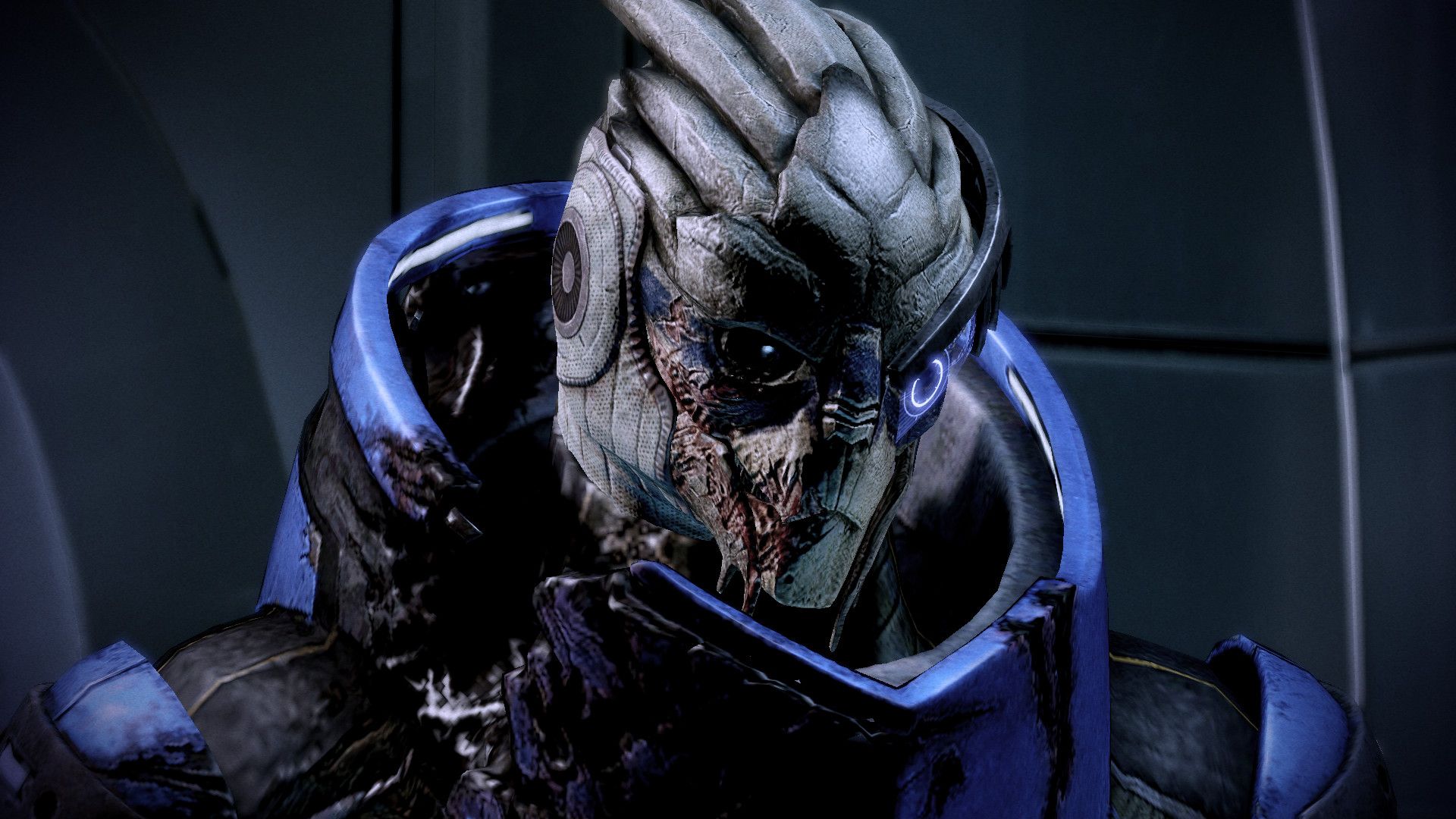 The first thing you need to do when you start the suicide mission is choose a tech expert to crawl through the vents in order to open a locked door. Anyone well-acquainted with Mass Effect 2 will know the only viable options here are Tali, Kasumi, and Legion – all fan-favourites you almost definitely want to keep alive. In order to do that, though, you need to assign a leader for the second fire team. Miranda volunteers, which makes sense – she is extremely qualified for the role. Garrus, though, is literally designed for it. He lost his team once – he won’t lose them again.

I played through the suicide mission for the first time in almost a decade last night and gave Garrus control over both strike teams throughout the level. In each case, the gratitude he felt for being selected was incredible. Sure, he’s not very verbose about it, but you can just tell – it’s that kind of smile-to-self smirk that you think nobody else can see, but in reality you’re absolutely beaming. “Nice shooting!” he shouts through the comms despite talking to his own team. This is a mission that is defined by how low the likelihood of survival is, and yet Garrus is not just calm and collected – he’s in his element.

By the time you decide to blow up or save the Collector Base, Garrus’ arc has closed with astonishing neatness. Back on the Normandy, you can go up and speak to him about what happened. He remarks that you’ve now taken down Sovereign and the Collectors – he wouldn’t want to mess with you, and the Reapers shouldn’t either.

After that it’s back to calibrations until Mass Effect 3, but you know that his conscience has been cleared. He lost one team, forgave the man he blamed for it, and ensured his new squad got through the most precarious mission ever assigned to them unscathed. Sure, Shepard fought the human Reaper, but he never could have done it without Garrus retaining his composure against all odds. He’s the true hero of the suicide mission, and although he’s never credited for it in the game, at least I – and hopefully you – can recognize that.