You've probably heard the name Peter Molyneux. He's a veteran English game developer, known for creating games like Theme Park and Fable. His impact on the industry is undeniable, but he also has a reputation for, let's say, overpromising. He's become notorious for dreaming out loud, then having to backtrack when his games inevitably fall short of what was promised. "I just get very excited about developing games," he said in 2004, in an apology for Fable failing to live up to expectations. "It's hard to restrain myself."

Molyneux founded his own development studio, 22Cans, in 2012. Its first big project was Curiosity, a 'social experiment' where tens of thousands of people tapped away at a cube on their phones, peeling away layers and revealing a prize Molyneux said would be "life-changing" for the first person to reach the centre. The prize was to become an all-powerful deity in Godus, Molyneux's next god game—a genre he helped pioneer. A crowdfunding campaign launched on Kickstarter almost $800,000 was pledged.

Today, almost a decade after Godus launched on Steam, it's still in Early Access—with a user rating of Very Negative. An unfinished, buggy alpha was released in 2013, and meaningful updates were few and far between. The team's attention was shifted to a mobile version, and PC players requested refunds en masse, feeling betrayed and lied to. Worse still, the 18-year-old who won Curiosity was ignored and denied the supposedly life-altering riches it was said he would receive—in the form of a cut of Godus' profits—for being, well, a god. 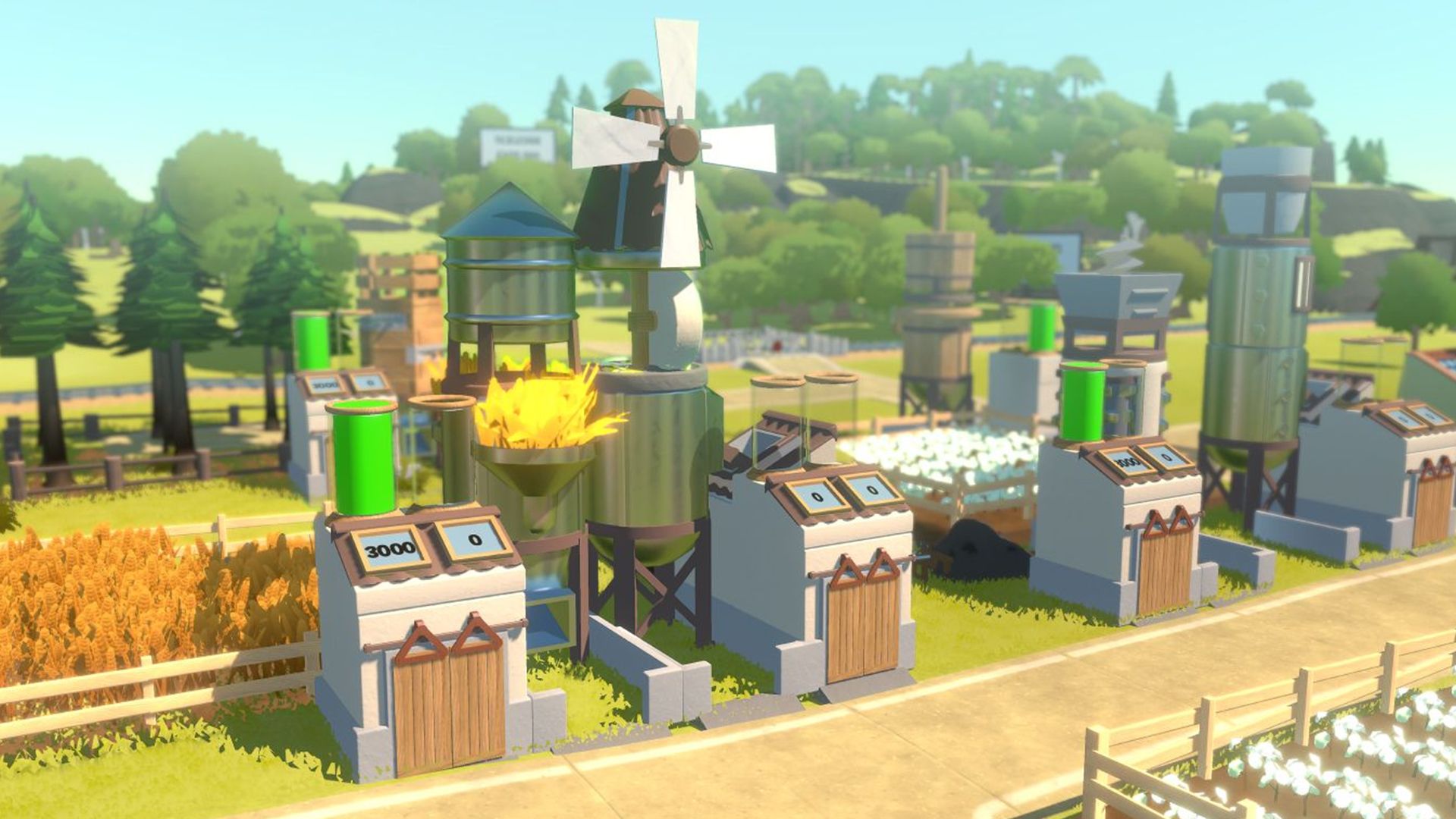 Today, Peter Molyneux is arguably better known for his mistakes than the great games he made in the '80s and '90s. After Eurogamer's report about the treatment of Curiosity's winner was published, Molyneux apologised and said he was going to stop talking to the press entirely. "I'm honoured to be a part of the industry," he said in an interview with The Guardian. "But I understand that people are sick of hearing my voice and hearing my promises, so I'm going to stop talking about games completely."

Fast forward to 2021, and Molyneux is back in the headlines with a new game with its own set of wild promises. 22Cans' next project is Legacy, a business sim that will incorporate—you guessed it—blockchain technology and NFTs. Co-developer Gala Games has detailed what we can expect from the game, which will launch in 2022 and claims to "push the boundaries of blockchain gaming", in a blog post. It's basically a game about growing a company from a small business to a megacorporation, seasoned with some baffling blockchain bullshit.

"Owning a Land NFT allows you to start your own in-game blockchain business association," says Gala Games. "This means you'll be able to play Legacy while earning and owning your gameplay." Owning one of these business associations allows you to lend a so-called Legacy Key to other players, earning a share of any LegacyCoins their business generates. LegacyCoin is a bespoke cryptocurrency created for the game on the Ethereum blockchain. This is all part of the game's core promise that you can "earn real money from your gameplay."

I hate this. If you find the idea exciting, fine. I'm delighted for you. But is this really the future of video games? Owning shit and making money? It's deeply depressing—but not at all surprising—seeing this medium used as yet another vessel for rampant greed and capitalism. Gala Games has described Legacy, and an upcoming blockchain-powered FPS called Last Expedition, as 'pay-to-earn'—a horrid little buzzword I suspect is going to become a Thing in the industry in the coming months as dollar signs flicker wildly in publishers' eyes.

That's if Legacy actually delivers on its promises. This is a Peter Molyneux game after all. A larger issue with the project is that it's being developed by 22Cans, a studio with a reputation for selling big, dramatic-sounding concepts and then failing spectacularly to deliver them. Knowing the company and its founder's history, If I was into crypto I'dbe very wary of investing in Legacy. It's gonna take a lot for anything Molyneux-branded to earn people's trust after Godus, and an NFT game seems like a bad way to go about it.

NFTs are a hot topic right now, which is precisely why Molyneux has jumped at the chance to get involved. He probably thinks it's exactly the kind of thing a boundary-pushing maverick like him should be doing—when in fact, all it's doing outside of crypto circles is harming his already damaged reputation. Between their negative impact on the environment, widespread cases of art theft, claims of money laundering, and being a goldmine for scammers, NFTs are just bad news overall, and Peter Molyneux should really know better.