This month, Funko Games is releasing the newest expansion for Funkoverse. Darkwing Duck is a solo pack that includes a miniature Pop figure of The Terror That Flaps In The Night, as well as his signature weapon, the Gas Gun. TheGamer received a sample of the Darkwing Duck expansion from Funko Games, and after including the Daring Duck of Mystery in a few games, it’s easy to see that once again, Funko has perfectly captured the spirit of a beloved character with a unique and interesting skill set. The expansion adds a new type of environmental hazard that really mixes up the gameplay. Darkwing Duck is going to be a must-have for Funkoverse collectors.

Like the previous solo expansions Aggretsuko and Kool-Aid Man, Darkwing Duck only comes with his character-specific tokens and new item. Players will need at least a Funkoverse 2-pack at minimum to play, as Darkwing Duck does not come with a game board, scenarios, or character tokens. Darkwing Duck is also labeled as a 2021 Spring Convention Limited Edition Exclusive, so it’s possible he won’t be around or readily available forever.

Darkwing Duck is a hit-and-run type character that excels at harassing enemies both with his abilities and his item, the Gas Gun. Darkwing Duck has a little bit of everything. His passive ability is appropriately named The Terror That Flaps In The Night. It allows Darkwing to start his turn by instantly moving adjacent to any rival within 3 squares as long as no rival can see him at turn start. This ability pairs exceptionally well with the Gas Gun, which can be used to obscure terrain with a smokescreen token. Darkwing also has a movement ability that allows him to Move 3 and do either an assist or interact if he moved away from a rival.

When these three abilities are used together, Darkwing becomes an absolute menace on the battlefield. In a single turn, Darkwing Duck is capable of teleporting to a nearby rival, attacking with his Challenge 3 Roll 1 ability that upgrades to a Roll 2 if there are multiple adjacent rivals, and then moving three spaces away and doing either an assist or an interact. With the Gas Gun, Darkwing is actually allowed to start the turn by concealing himself, which then activates his ability. It’s a potent combo that makes him really difficult to deal with. 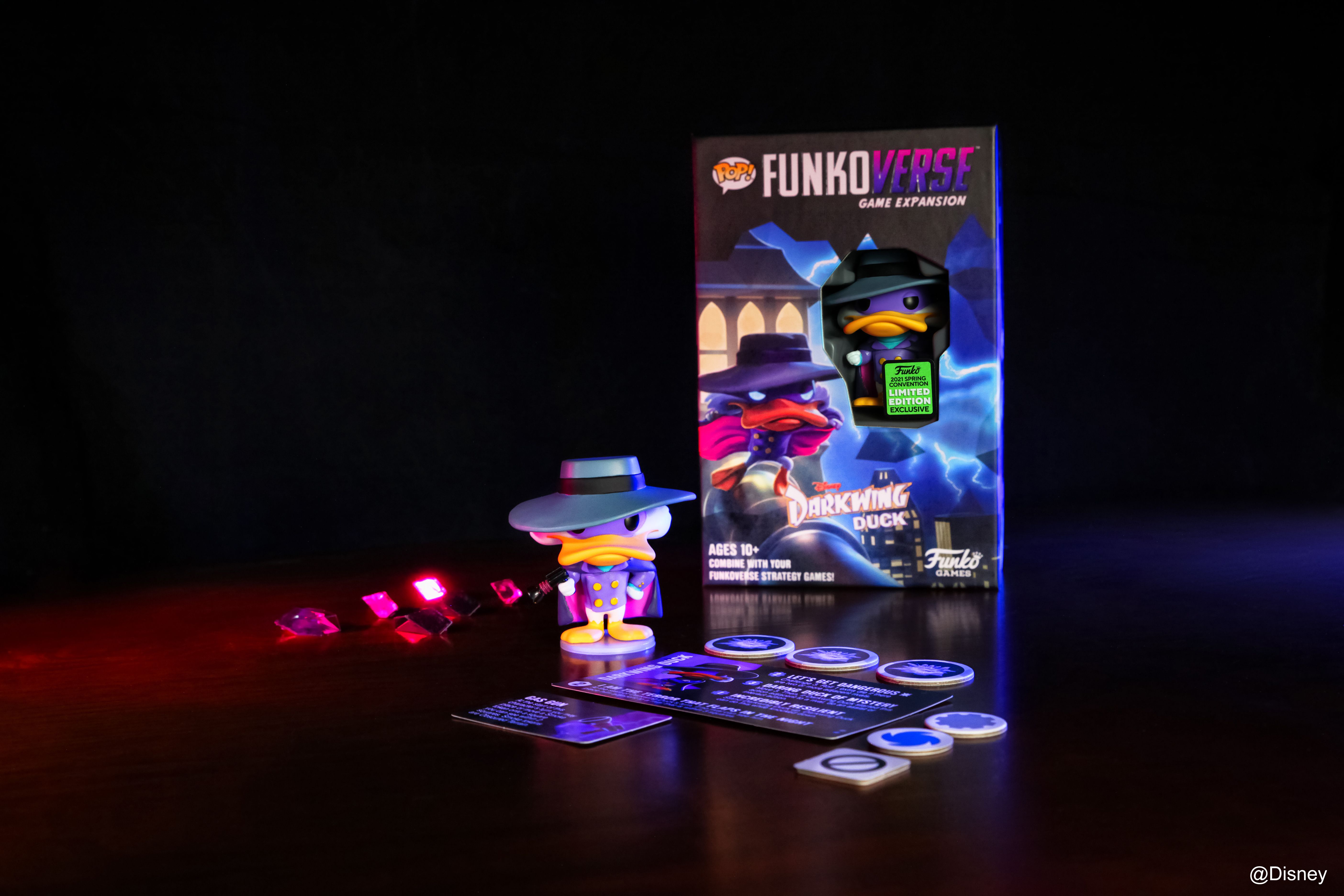 If your opponent is able to pin down Darkwing, his third ability, Incredibly Resilient, allows him to stand back up for the cost of one action instead of two. It’s a simple ability that helps him round out his kick, but it doesn’t add any firepower. Darkwing Duck definitely needs a bruiser-type teammate to help put out more damage. His tactics are useful for providing cover for teammates and assisting them when they get knocked down, but he’s not going to be a major damage dealer. A tank like the T-Rex or even Jon Snow makes a great teammate for Darkwing.

Once again, Funkoverse absolutely nails the character fantasy. Playing with Darkwing feels like having the acrobatic crimefighter from the animated series on your team. He’s quick, hard to pin down, and provides always there to help when you need him, just like on the show. Funkoverse does such a good job of translating the soul of its characters into its abilities, and Darkwing Duck is a great example of that. This is a limited edition character, so you won’t want to miss out.

Funkoverse Darkwing Duck was provided to TheGamer for this review. You can learn more about Funkoverse on the Funko Games website. 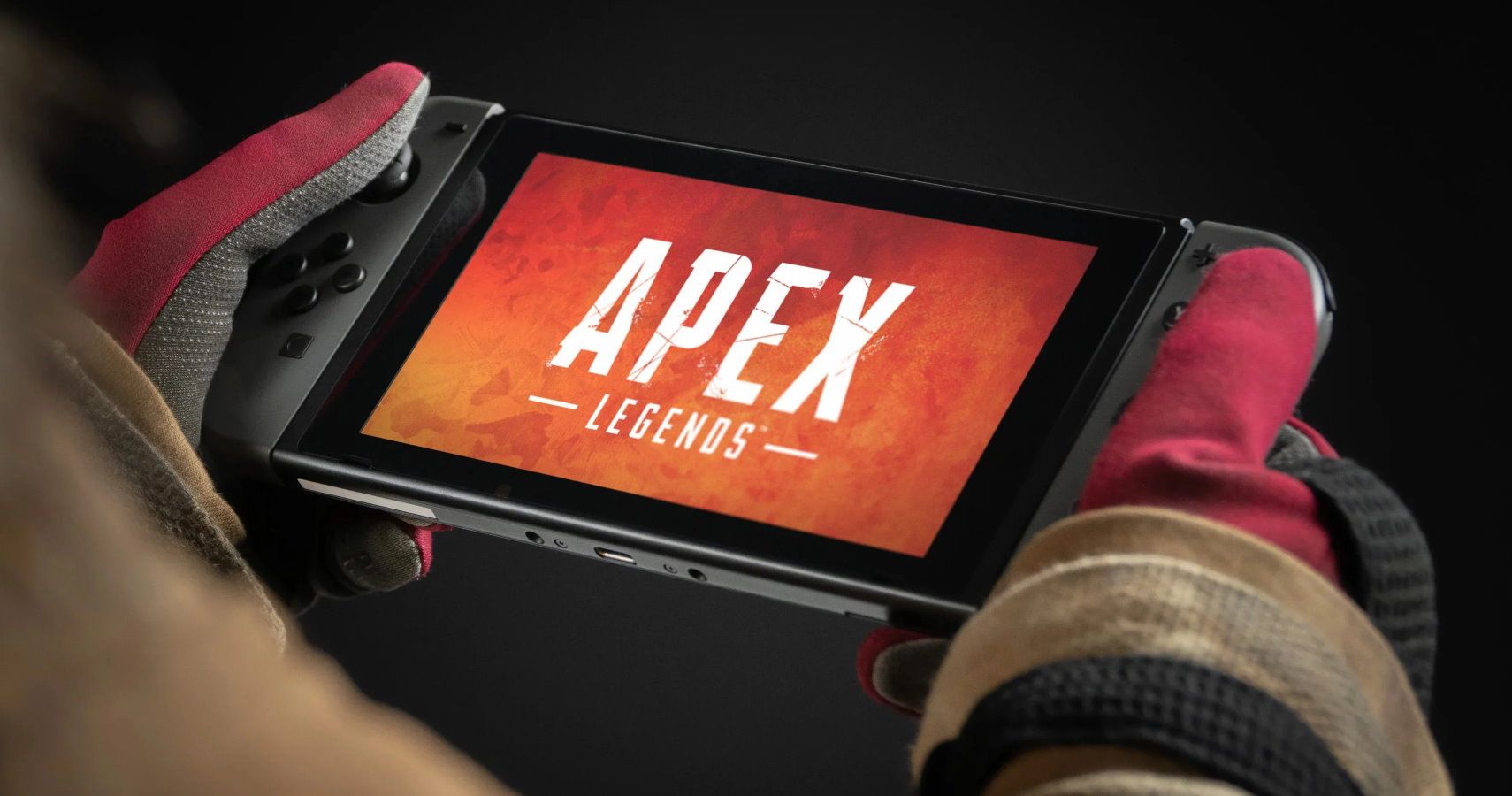