PlayStation All-Stars Battle Royale was an exciting prospect when it was first revealed, especially for those who grew up with Sony’s systems rather than Nintendo’s. As a connoisseur of both crossover brawlers, I can see the pros and cons of both PlayStation All-Stars and Super Smash Bros. — let’s dive into how they shape up against one another.

It’s hard to compete with Super Smash Bros. Ultimate’s character roster. It even did what PlayStation All-Stars could never accomplish: have Metal Gear Solid’s Snake and Final Fantasy 7’s Cloud fight Hero from Dragon Quest 8 on a Persona stage. With the inclusion of fan favorites like Banjo & Kazooie, Sonic the Hedgehog, and most recently Minecraft Steve, Nintendo knows how to fill fighter slots with high-profile characters and impress its player base. 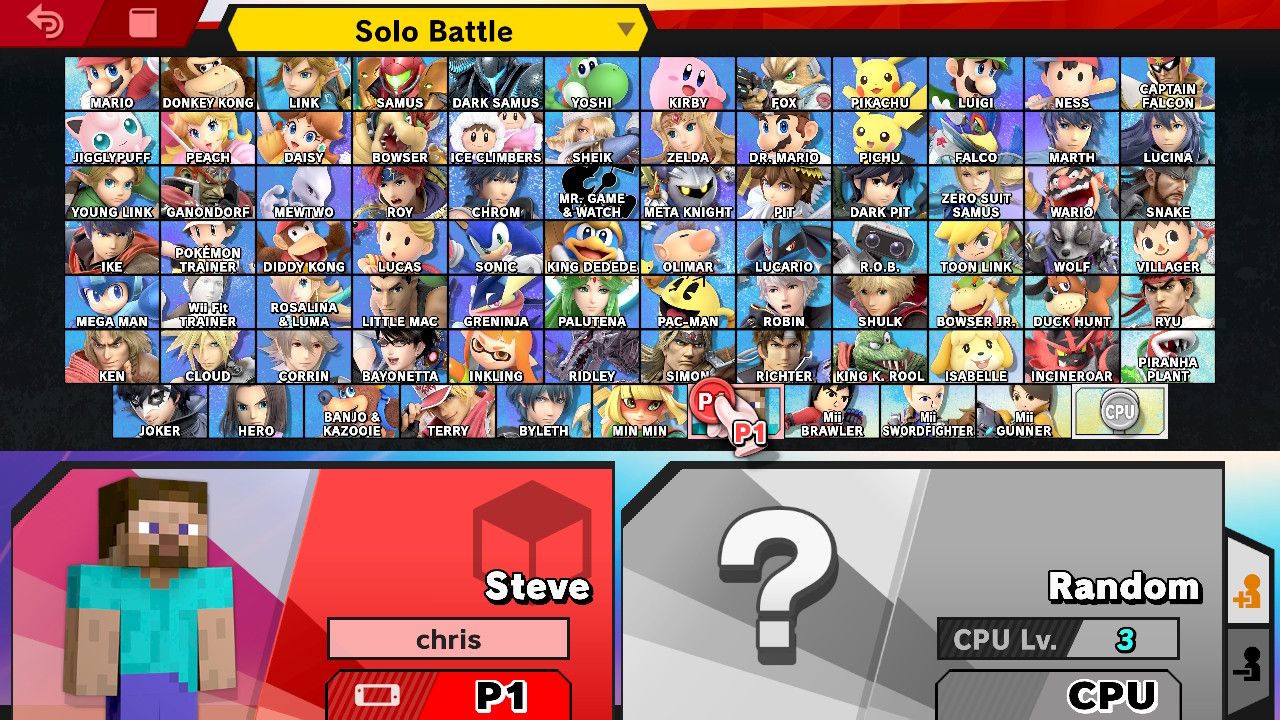 This wasn’t the case for PlayStation All-Stars Battle Royale. It included some to-be-expected staples such as Kratos, Nathan Drake, Ratchet, Jak, and Sackboy, but wasn’t able to secure crucial characters that defined PlayStation’s history like the aforementioned Cloud. Crash and Spyro were also hugely missed given that they were the mascots who built the brand. On top of that, PlayStation All-Stars Battle Royale failed with its third party inclusions— one particularly huge flop was including Dante from the Devil May Cry very few people liked (yes, DmC Dante).

Big Daddy was also an odd pick as he was originally an Xbox exclusive character. Heihachi from Tekken is the only one who truly fit in as a PlayStation third party fighter. With all this being said, SuperBot Entertainment did an excellent job of recreating each character’s moves from their respective games. You might hate DmC Dante, but damn were his combos good.

Regardless, Super Smash Bros. takes the crown for its roster. You just can’t beat its lineup of 77 characters from across all generations and franchises.

The most important factor in a fighting game is the way it plays, and Super Smash Bros. Ultimate takes the W in this case. PlayStation All-Stars was labeled as a Super Smash Bros. clone but it was far from it — that misconception could honestly be why it failed. The aim of the game wasn’t to propel the opponent outside the ring, but to get a good enough combo to execute varying levels of supers.

The supers are the only way to knock out the opponent, which led to an element of strategy. Do I use a level one multiple times to win the most amount of points, or do I save up a level three so I can take out multiple opponents in one fell swoop? That risk-reward system was satisfying, and you had to figure out how to pair supers with the right combos. It was a poor marketing move to not steer the discourse towards a more combo-heavy platform fighter.

The super levels, on the other hand, were unbalanced and led to many, many fights against Kratos. The mechanics of these clearly needed more time in the oven. 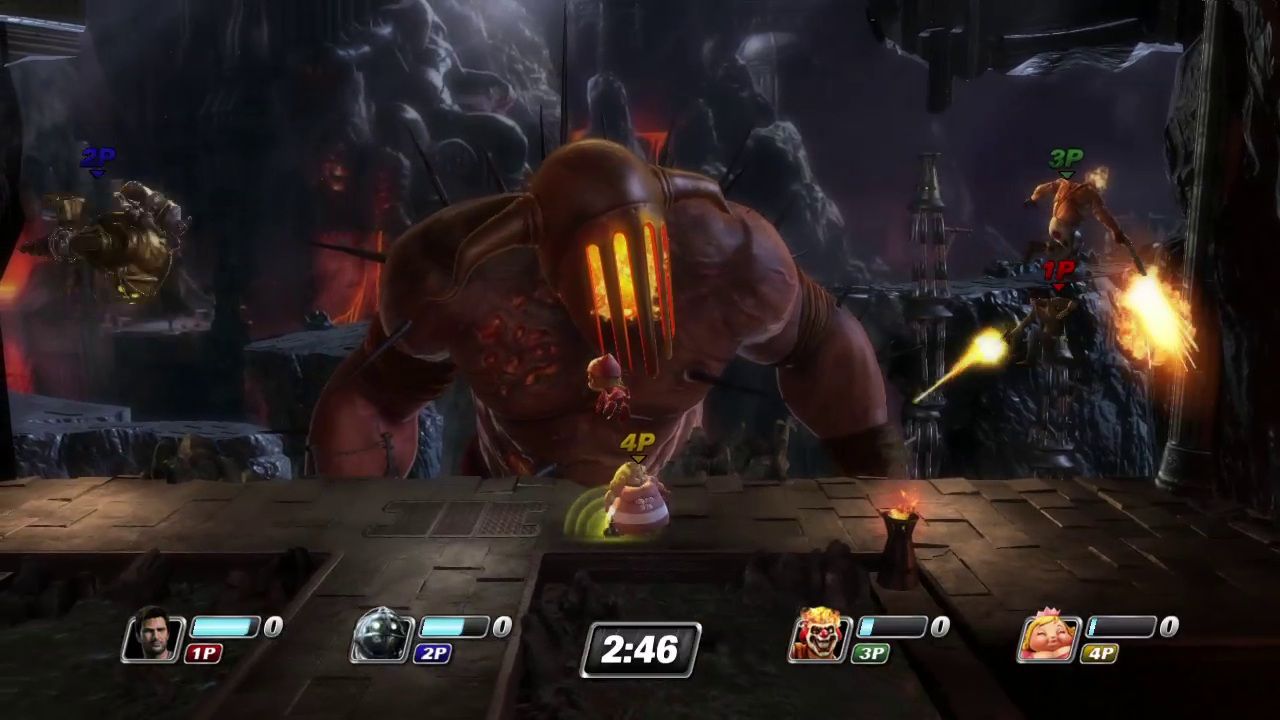 Super Smash Bros. Ultimate is easier to understand, and therefore succeeds as a stronger fighting game. The concept is to ring out the opponent by any means necessary. You can throw, use a special, or utilize a held down smash attack to send your opponent flying. Both are fun in my eyes, but the Super Smash Bros. series has far more refined gameplay systems that are easy to understand but difficult to master.

PlayStation All-Stars Battle Royale has been taking its fair share of punches so far, but this is where the game shines. In this game, two unlikely franchises are mixed together into one stage. For example, God of War’s hydra appears in Ratchet & Clank’s Metropolis as it tries to gobble up Captain Qwark. With these set ups, SuperBot Entertainment provided oodles of creativity in terms of gameplay. If you answered a question from BUZZ! correctly on the LittleBigPlanet stage, you were rewarded with a boost to your super level, and in Sandover Village golfers from Hot Shots Golf fired balls right at you. These stages felt more cinematic and dynamic than the majority of the ones in Super Smash Bros. Ultimate. 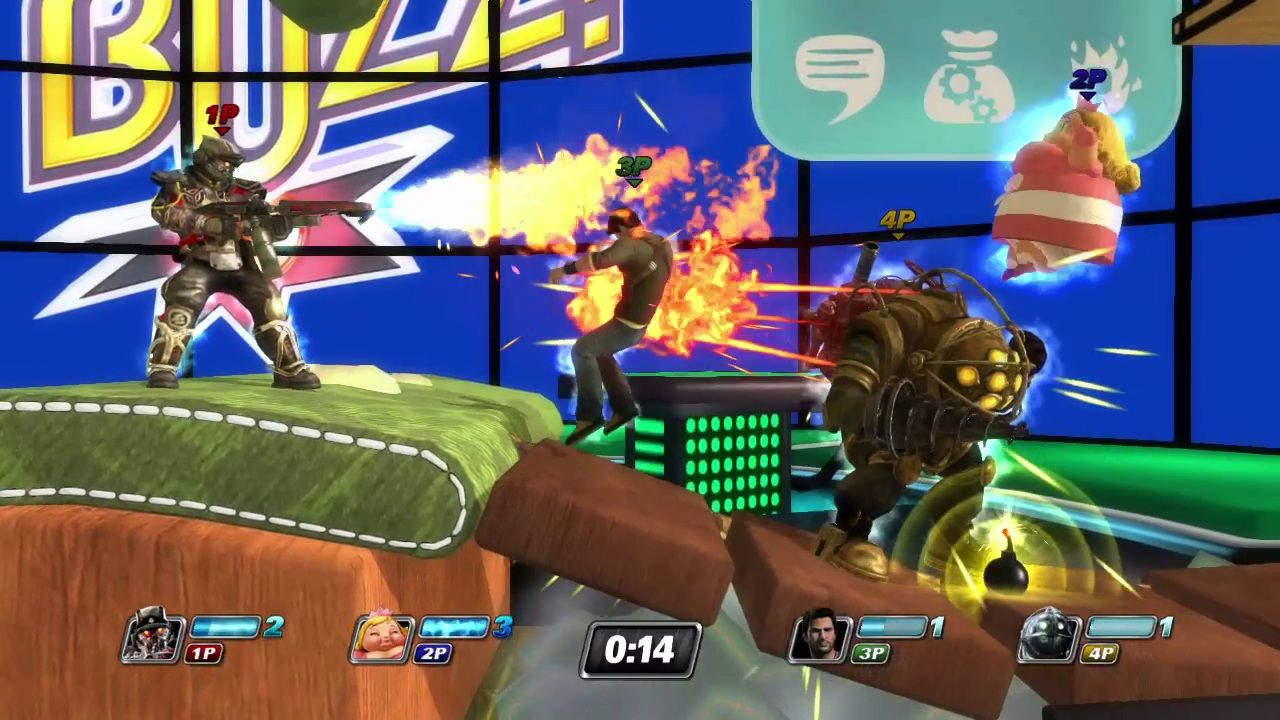 There may be some creativity in how the Smash games approach stage design (Rainbow Cruise, Pilotwings, Gamer, Warioware, Inc, Pictochat 2, Super Mario Maker), but more often than not, the stages are platforms that move, break, or stay still with various background effects mixed in. Nintendo doesn’t often surprise players with levels the way Sony did.

Strangely enough Nintendo gets the win for online play. Since the release of Super Smash Bros. for Wii U and 3DS, the series has taken great strides with improving its online capabilities. Matches are running far better than they used to, and Nintendo has recently implemented a new online framework, which seems to have drastically improved connections. PlayStation All-Stars Battle Royale was an absolute gong show, despite Sony’s superior experience when it came to designing online play. It was so bad that you’d be lucky if an invite to a friend even sent. 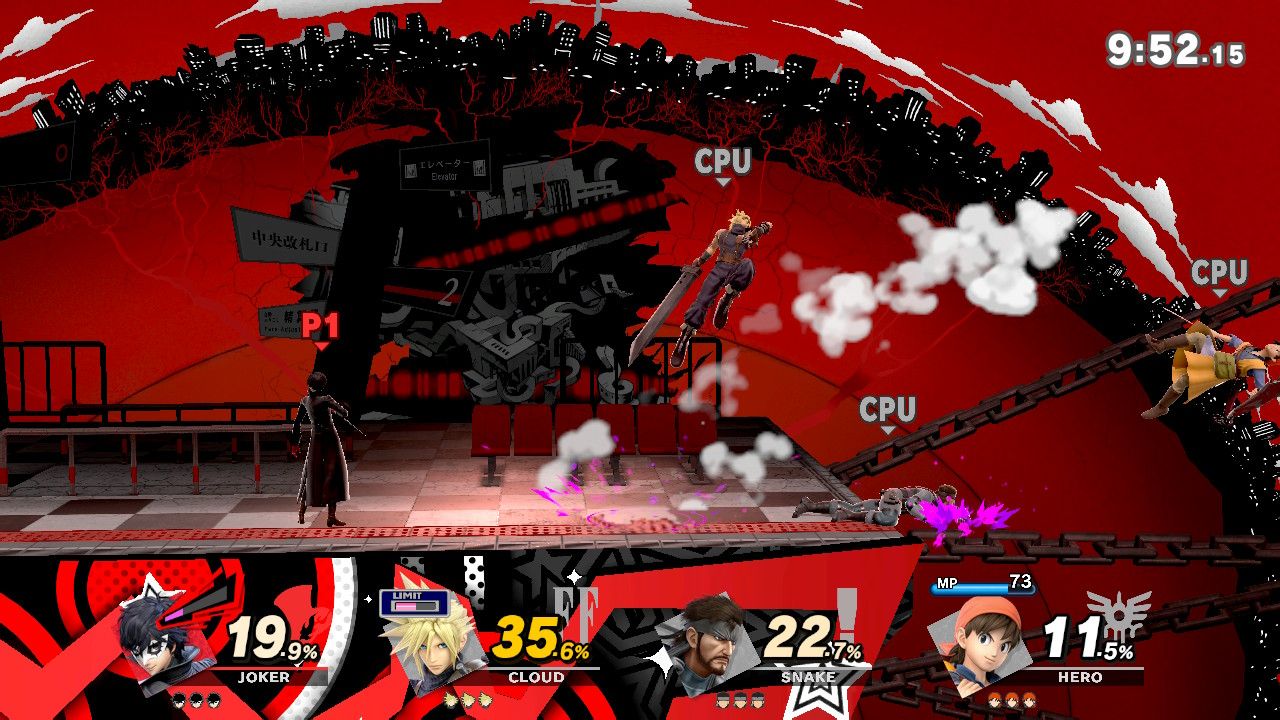 I remember being so dedicated to PlayStation All-Stars that I needed to send an invite 20 to 30 times before we could get a four-player free-for-all started. The ranked mode seemed to work better with its matchmaking, but it could have taken a while to start up, and when you were actually in the game the online experience wasn’t the best. If someone wasn’t doing well in the game, you’d start to worry about the player disconnecting — if that happened, the whole game would end. It was not a particularly fun experience.

Despite Smash’s evident superiority so far, PlayStation All-Stars Battle Royale takes the cake for customization. As you progressed through the game, you gradually gained unlockables and skins that you could use to spice up your roster. It encouraged PlayStation All-Stars players to check out different characters in order to keep unlocking new content. This varied from skins to voice lines, to unique intros and outros. You could even customize the song that played whenever you emerged victorious.

The skins weren’t just color palette swaps either. Each one referred to something that the character wore — for example, Nathan Drake had his scuba diving suit from the beginning of Uncharted: Drake’s Fortune. All you can do in Super Smash Bros. is change your outfit’s colour, or in some cases add a barely noticeable design.

PlayStation All-Stars Battle Royale had a few great ideas, but it failed to capture a market due to the Smash community calling it a Smash clone and nothing else. It was rough around the edges, especially with its online and cheap-feeling menus and presentation. The stages are the highlight, but to me, the Super Smash Bros. series will always be the king of the platform fighter.

However, I still hope that PlayStation comes back with a sequel some day. Its take on the genre was novel, and Nintendo needs some competition before the next Smash Bros. On top of that, who knows — maybe All-Stars 2 could finally give us Sora as a playable character.

Related posts:
Hot News
League of Legends – LCS-Legende Doublelift kündigt Rücktritt an –
The Sims Are Playing Cyberpunk 2077 Before The Rest Of Us
Here’s How Breath Of The Wild 2 Can Still Work After Age Of Calamity
Spider-Man: Miles Morales Is So Detailed, One Player Has Found Their Apartment
Fortnite’s Work With Disney Could Lead To Some Epic Crossover Events
Recent Posts
This website uses cookies to improve your user experience and to provide you with advertisements that are relevant to your interests. By continuing to browse the site you are agreeing to our use of cookies.Ok