There’s a strong case to be made that Enter The Gungeon deserves to recognized as one of the very best games in the roguelike genre. It manages to blend the fast-paced action of a shoot ’em up – or “shmup” if you’re cool – with the loot-gathering inventory building and exploration of a dungeon crawler. It’s pretty difficult, but it’s also fun, engaging, and full of secrets and Easter Eggs.

This latest title from Dodge Roll takes place in the Gungeon universe, although it’s more of a side game than a true sequel. Exit The Gungeon offers a more arcade-y experience that streamlines a lot of the gameplay, but still manages to be a high-octane, addictive thrill ride. 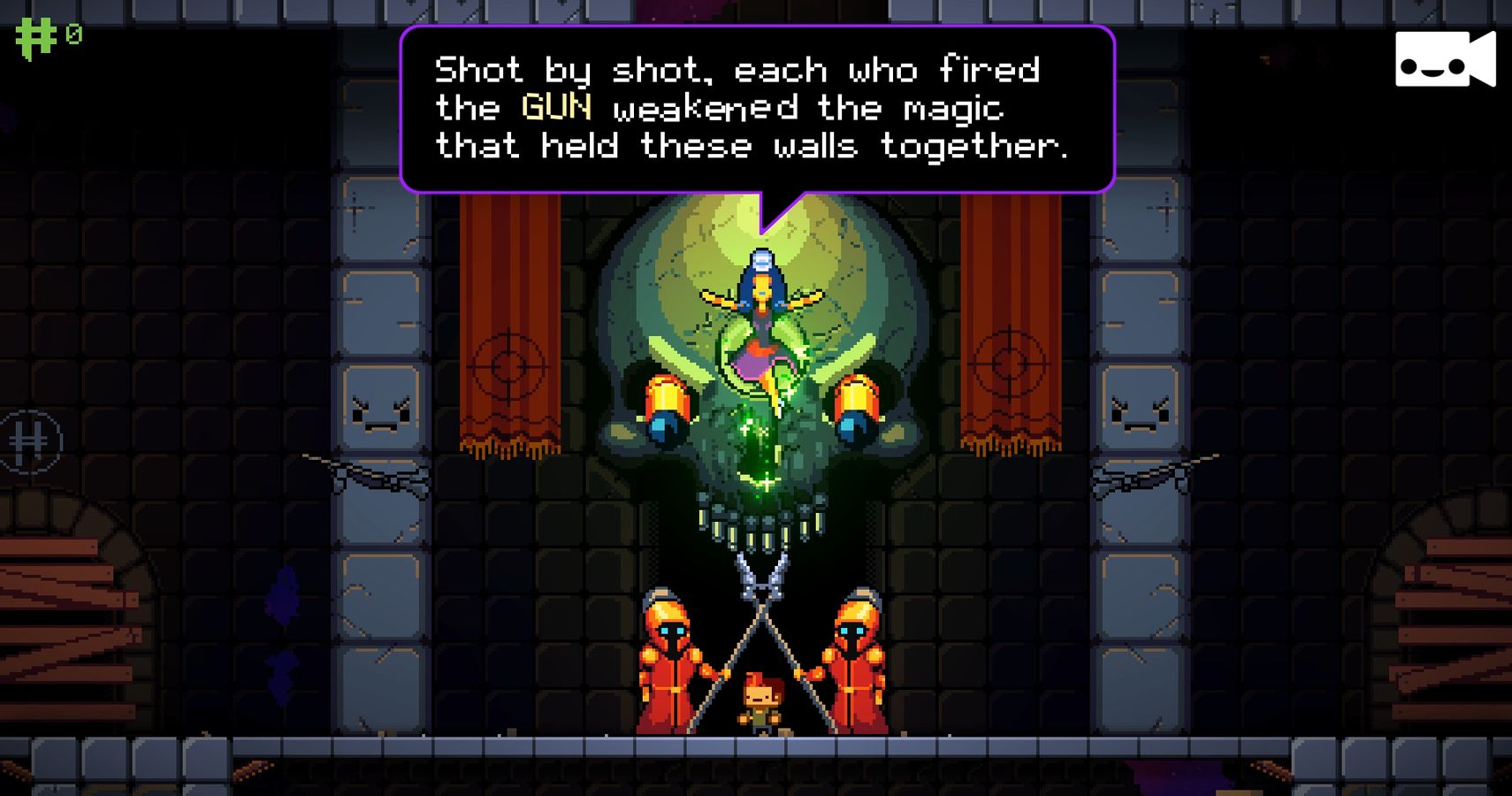 The story takes place during the aftermath of the Gungeoneers’ success in firing The Bullet That Can Kill The Past. These wayward souls managed to go back and undo the mistakes that haunted their lives, but in doing so, they’re created a time paradox that is leading to the Gungeon’s destruction. So now – as the game will frequently remind you in big bold letters – they must hop aboard a rickety elevator and fight their way to the top so they can Exit The Gungeon.

If you liked the humor and style of Enter The Gungeon, then you should enjoy what this game has to offer. A lot of the enemies and bosses are back with some tweaked designs,  and NPCs from the original return, with some filling the same roles as they did before and others taking on new duties. It has the same visuals and irreverent attitude, although there seems to be a bit of melancholy from some of the characters – and possibly even the developers – since this seems to be a definitive end to the Gungeon series. 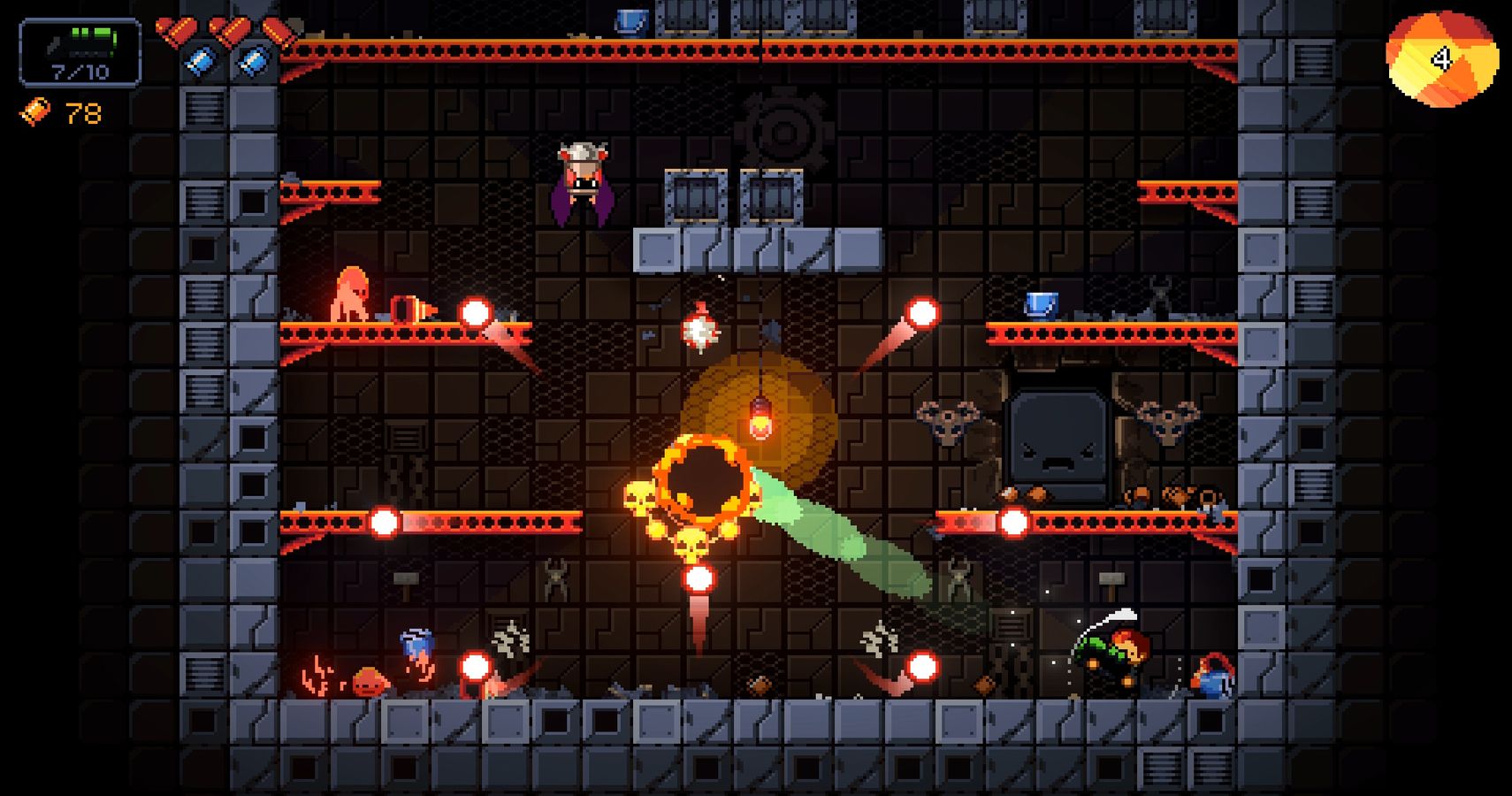 The game retains a bit of the roguelike feel, but this is a much leaner, more straightforward adventure than Enter was. Instead of exploring various levels of a massive dungeon, you’re rocketing upwards on a small elevator while enemies spawn in and fire streams of projectiles at you from all angles.

This makes the game feel more like a vertically scrolling, 2D shmup with some platforming elements thrown in as you can now jump (which is referred to in-game as ascending or descending dodge-rolling.) Thankfully, Exit The Gungeon retains the original’s excellent combat. Having to shoot, dodge, and jump all about the screen becomes a difficult but entertaining challenge to overcome. Each Gungeoneer has their own set of levels to fight through which makes it worthwhile to play as all of them.

A lot of the features from Enter The Gungeon have been simplified for this more bite-sized title. You no longer find new guns in chests as the Sorceress now enchants your weapon at the start of each run. This means you’ll cycle through different guns throughout the levels which eliminates the need to find ammo.

There’s actually very little exploration in Exit The Gungeon. There’s still the option to purchase new guns and items from Ox and Cadence by using Hegemony Credits collected in every run, and there’s plenty of NPCs to rescue during your violent escape. But aside from that, a typical level has you fight enemies, enter an area where you’ll find one treasure or speak with an NPC, then battle more enemies until you reach a boss, before finally getting to catch your breath at the shop if you happen to make it there. Rinse, lather, repeat five times until the Gungeoneer has made it out alive.

Trimmed A Little Too Much Off The Top 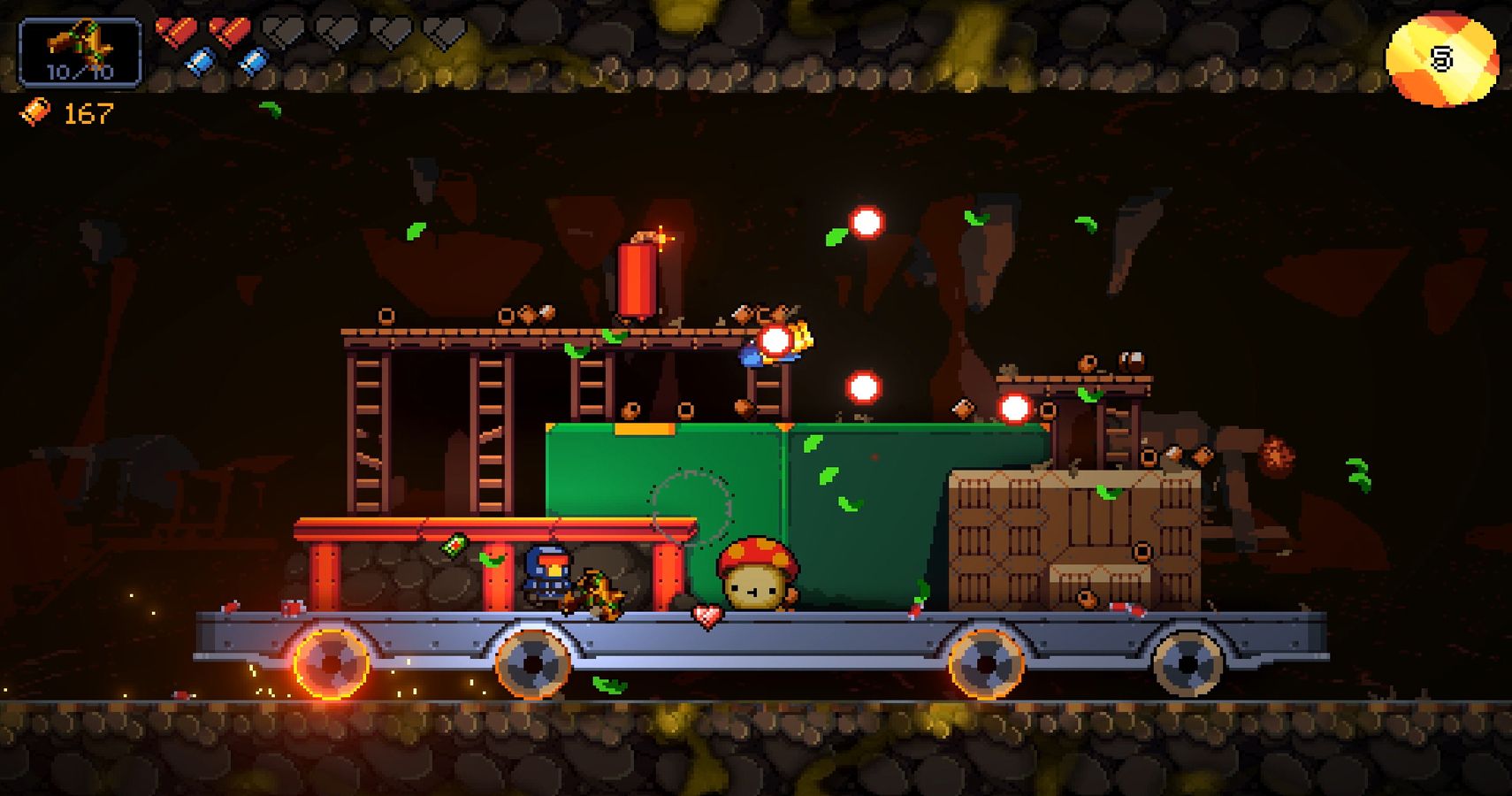 As good as this is, it definitely feels shallow when compared to Enter The Gungeon. This is intended to be an easier, more trimmed down experience that was clearly designed for mobile devices, which means a lot of the mechanics and features have been stripped out or dumbed down. This leads to a quicker game that can be beat in considerably less time. If you happen to be a Gungeon master, you could probably run through the entirety of Exit in about two hours. For the rest of us who don’t have lightning-quick reflexes it might take longer, but it’s unquestionably a shorter title.

The choice to have the gun be permanently blessed is also a mixed bag. While it’s nice to never run of ammo, the constant gun-switching means you never get to hang onto a gun you like or one that you need in a certain situation. There were a few times where I was fighting some tough enemies who were above and below me and my weapon changed into one that was ill-suited for that encounter. Sometimes the gun was so bad that I was unable to hit some of the enemies I was aiming at. This can lead to frustration as the game randomly becomes harder or easier depending on what your gun transforms into. It’s not necessarily a game-breaker, but it seems to artificially or unfairly inflate the difficulty.

Not A Full Meal, But Still A Delicious Snack 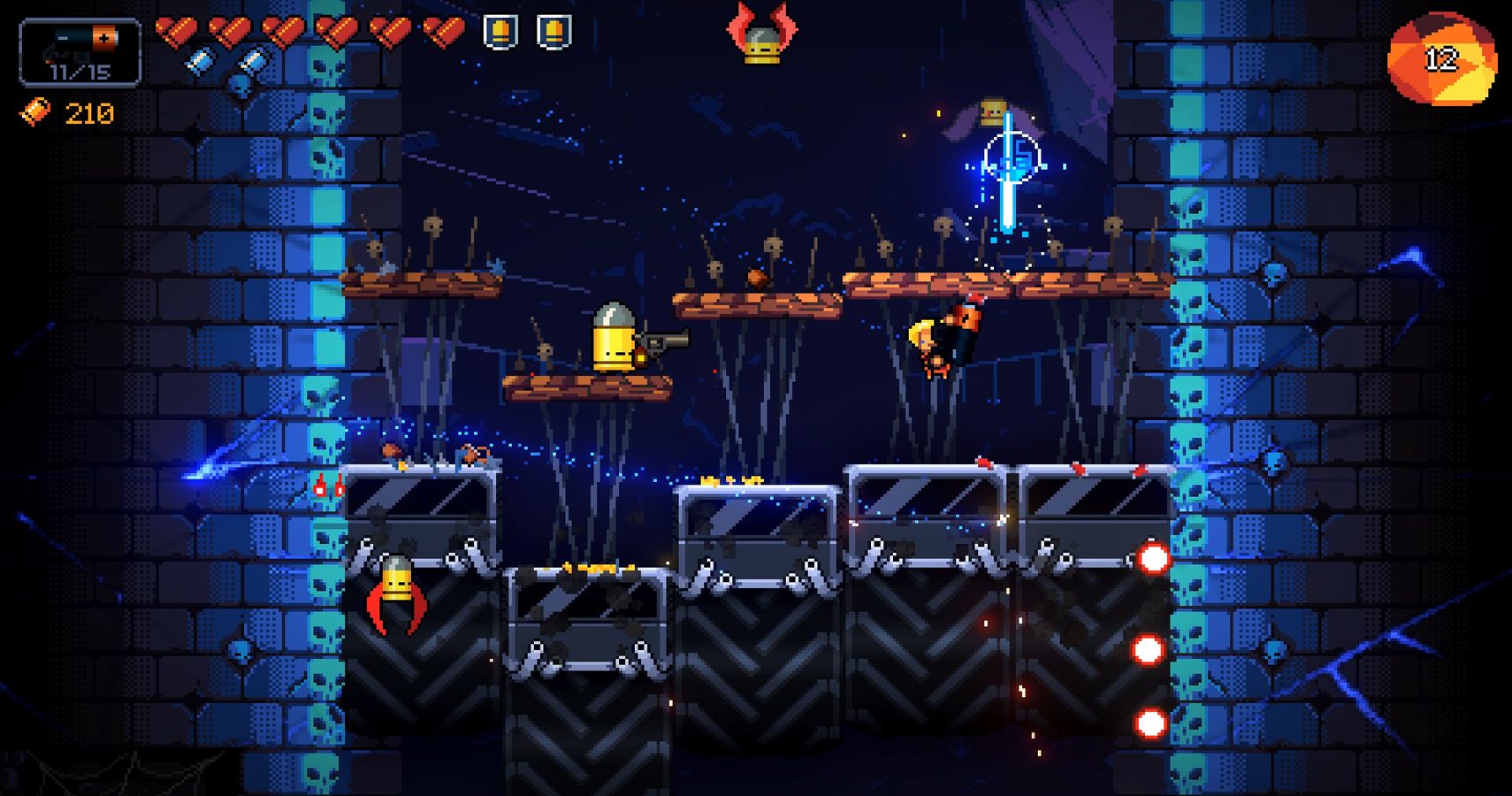 If you liked Enter The Gungeon, and you want more Gungeon, then this should quench your thirst for projectiles and mayhem. But it’s not quite a full sequel. This feels like a smaller title that’s more of a spin-off than a full-fledged game. It would have been nice to have had more content or substance as there’s a lot less to see or discover here. However, this is still an enjoyable bit of action from Dodge Roll that has you scrambling about trying to not get shot by wacky sentient bullets, and that’s really all you need.

Exit The Gungeon may not hit the same high notes as its predecessor, but it’s still a worthwhile trip to take from the bottom all the way to the top.