Look, Sony, I don’t ask for much, but if you could remake Rogue Galaxy, that’d be swell. I’d settle for a true remaster, even.

The PlayStation 2 turns 20 this month, and we’re celebrating some of the PS2’s greatest games. One of them just so happens to be a disappointment. How can a game be disappointingly great? Simple: bad timing.

Rogue Galaxy came out in January 2007, just a month after the release of the PlayStation 3. Localization for Europe and North America had taken longer than expected (the game initially released in Japan back in 2005), and this caused Rogue Galaxy to release at basically the same time as the next-gen console. Despite Rogue Galaxy being one of the prettiest, content-filled, and most technically ambitious games ever for the PlayStation 2, sales were muted. The game never got a fair shake, which is a huge shame. 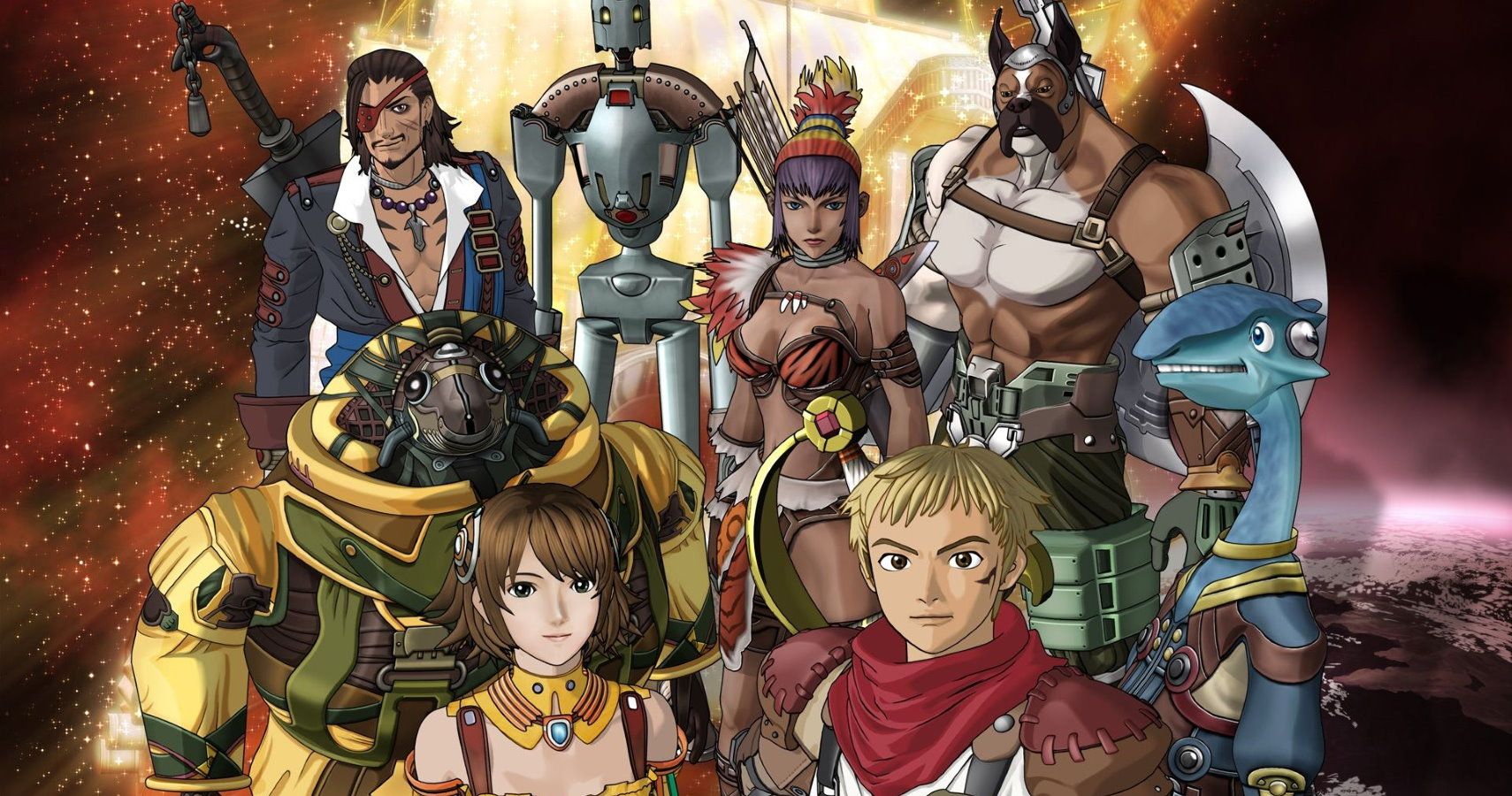 It did get a fair shake with me, though. At the time of Rogue Galaxy‘s release, I was sick as a dog and couldn’t even get out of the house to go to classes. My boyfriend at the time took pity on me and gifted me with a game to make being house-bound more bearable. With plenty of time and no PlayStation 3 to game on (I wouldn’t get that until next Christmas), I sank my teeth into Rogue Galaxy with gusto and didn’t let go for months.

At the time, nothing looked or played better than Rogue Galaxy. For the era, the graphics were crisp, smooth, and eye-poppingly beautiful. The amount and quality of voice acting were at a level unseen in other PS2 games, and the sheer volume of content packed into a single DVD was absurd.

If you really wanted to zip through Rogue Galaxy, you could probably do it in about 40 hours, but you’d easily miss out on half the game. There are sidequests, bug collecting (and then bug fighting), weapon and armor collecting, monster hunting, and crafting, and all of them tracked in a handy chart that clearly displays your progress. 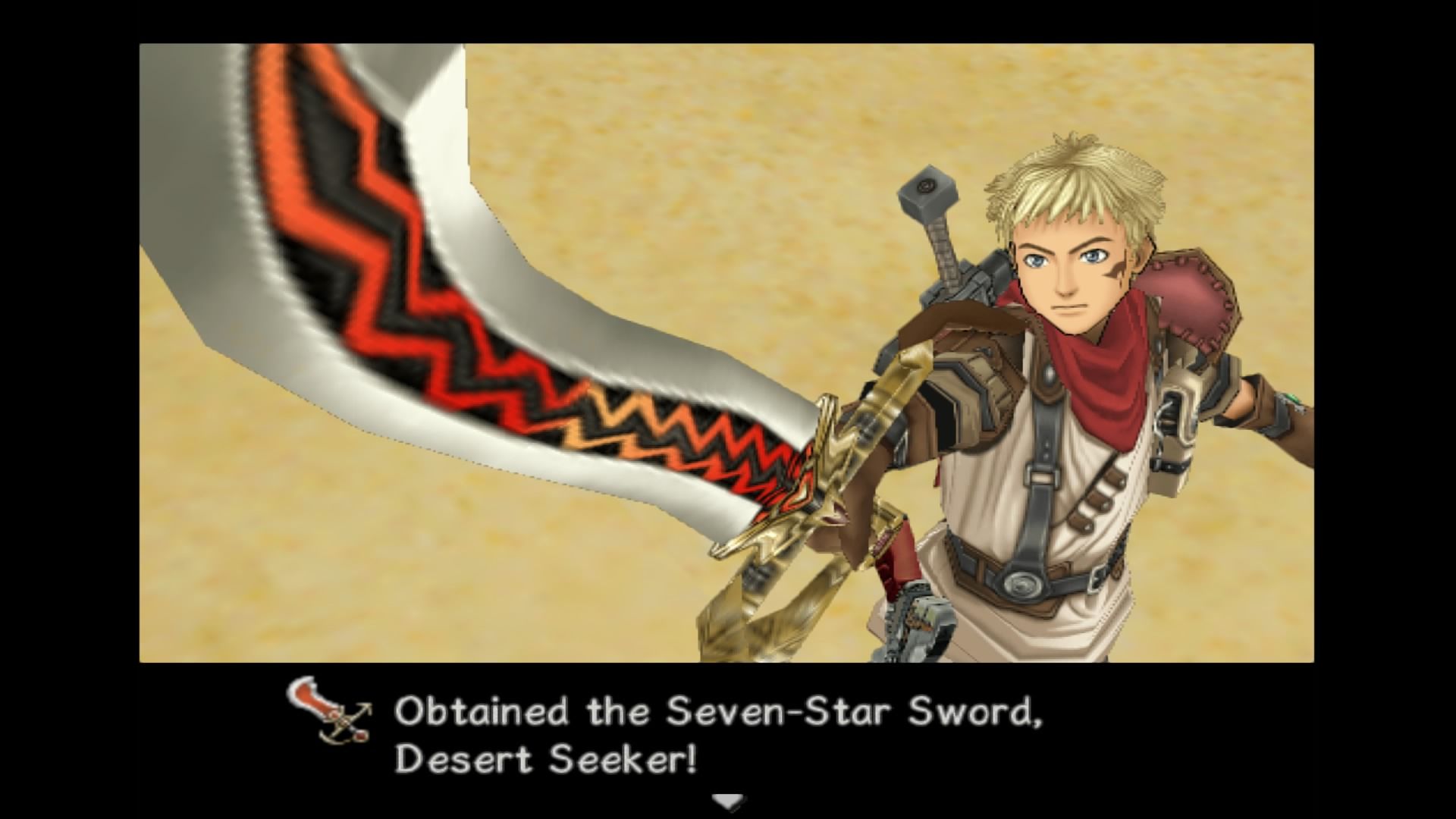 Which isn’t to knock the main story, but if there’s anything about Rogue Galaxy you could criticize, it’s the plot. If you’ve ever played a Japanese ARPG, you already know the structure: down-on-his-luck dreamer wants to see the stars, eventually happens across a gang of space pirates and cons his way on board, a series of mishaps lands them on various planets picking up more playable characters along the way until finally one of them is revealed to be the princess of an ancient civilization that’s been battling an unspeakable evil that threatens to destroy the galaxy and it’s your job to defeat it.

Tale as old as time, really. I didn’t care–the combat was fun, fluid, and dynamic, with characters shouting encouragement one moment and pleas for retreat the next. Each world was a new adventure filled with unique sights and sounds, with epic pre-rendered cinematics merging seamlessly with the exciting gameplay. 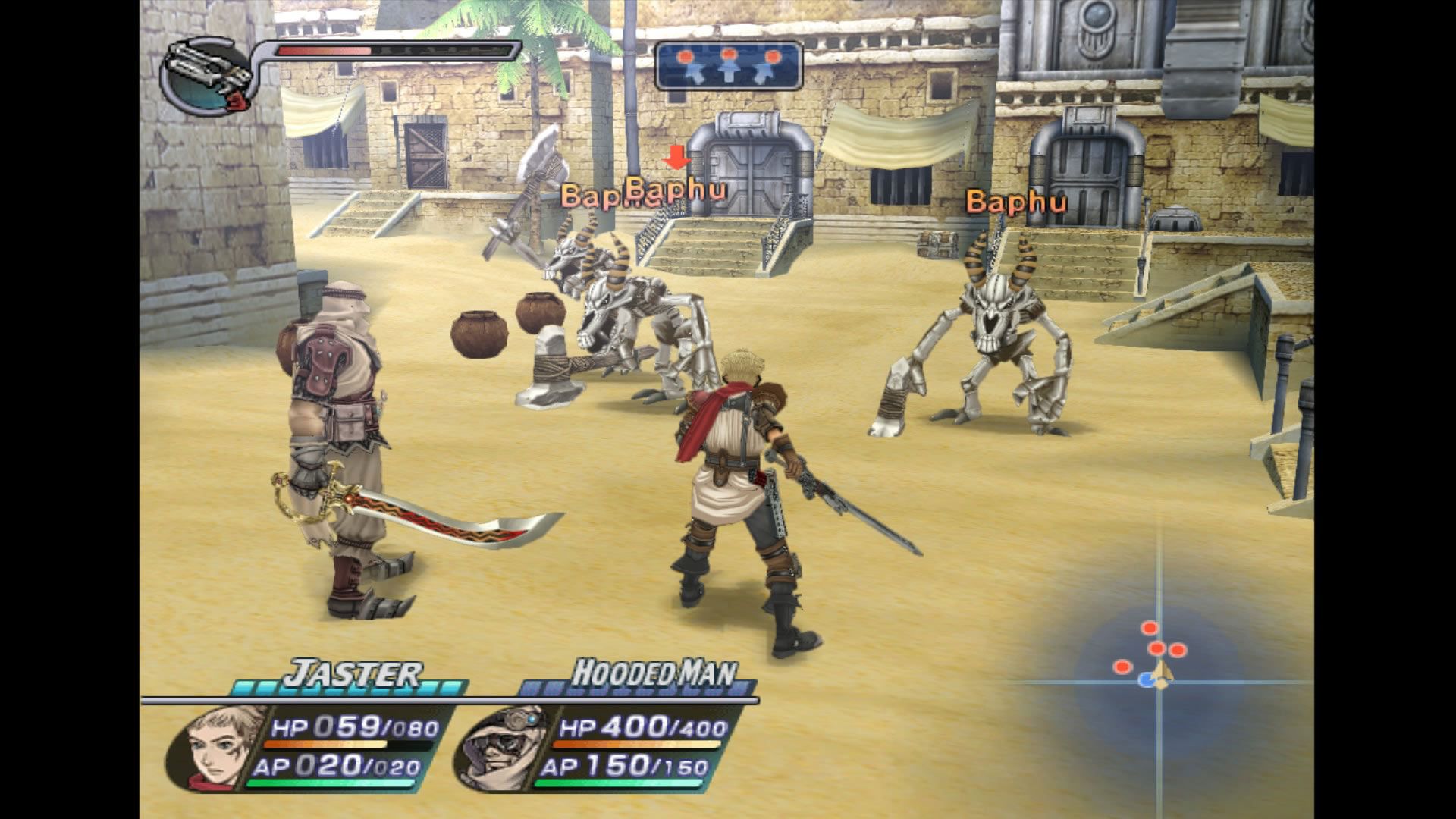 Running around in this colorful world filled with even more colorful characters collecting bugs and guns and items was just the right thing for my disease-addled brain at the time. It turns out I wasn’t alone.

Although Rogue Galaxy failed to meet expected sales of 1 million units (by about 160,000 or so), there are plenty of people like me that remember Rogue Galaxy for the gem that it is. Both IGN and Game Spy gave it their coveted Editor’s Choice award, and Metacritic has it at a solid 83%.

Had Sony released Rogue Galaxy before they released the PS3, sales would undoubtedly have been better. The game deserves a second chance. It deserves a remaster.

Sony is at least aware enough to re-release Rogue Galaxy on PS4 via emulator, and it’s certainly an improvement over the original with up-scaled graphics and even shorter loading screens, but it’s not enough. If Spyro and MediEvil can get gorgeous remasters, then Rogue Galaxy should too.

Or at the very least, a PC remaster that gives it a proper 16:9 aspect ratio.