If there’s one thing id Software loves to do, it’s to throw a ton of referential Easter Eggs into their games. It’s almost impossible to take five steps in an id game without seeing a sneaky secret tucked away in the corner of the map.

These Easter Eggs are usually harmless little jokes. It’s like the developer is playfully nudging us with their elbow as they drop toys and trinkets alluding to past games like Wolfenstein or Quake. However, sometimes, these little winks to the past can take on a horrifying form.

The Keen Beginnings Of id Software 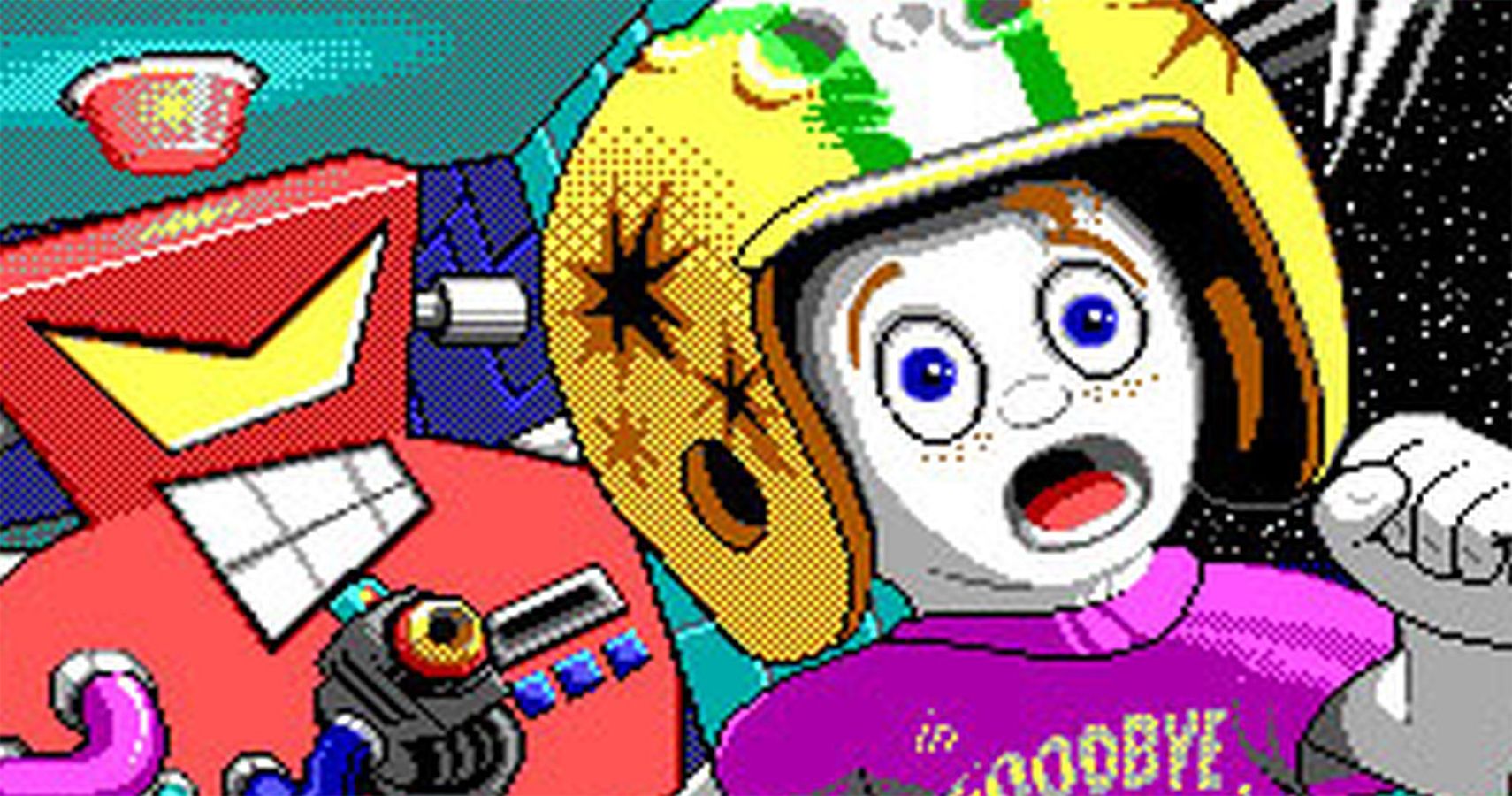 Although it may be hard to believe nowadays, id Software humbly began as the developers of the 2D platformer Commander Keen in Invasion Of The Vorticons. For a while, Keen served as the unofficial mascot of id Software. This is pretty hilarious in hindsight since the company has since become more widely known for creating first-person gore-fests instead of adorable sidescrollers starring a spacefaring child in a goofy helmet.

One of the more notable enemies from the Commander Keen games was known as the Dopefish. These silly fish were appropriately named as they look quite dopey, although they do pose a significant threat as they can swallow Keen in a single bite. Nowadays id Software has long since moved away from developing new entries in the Commander Keen franchise, but they’ve occasionally slipped nods to the series by sneaking a Dopefish somewhere in their games. They can be found in several Quake titles, Rage, the DOOM reboot from 2016, and it even makes an appearance in Deus Ex: Human Revolution.

So it’s not surprising to learn that the buffoonish fish returns in DOOM Eternal, but no one could have possibly predicted how it would make its presence known.

Imagine if you will, that you’re playing through DOOM Eternal and having a hell of a time. You’re ripping the eyeballs out of Cacodemons and exploding Mancubuses into meaty chunks. It’s just good ol’ fashioned family fun.

As you reach the mission where you have to have to infiltrate the Cultist base in the Arctic, you look upon your map and see a secret that you have yet to uncover. Anyone who plays these games that has a bit of a completionist side couldn’t possibly resist finding whatever hidden treasure lurks beneath the surface. You search diligently until you discover a path below that appears to lead to this question mark. As you turn the corner you’re greeted with…this: 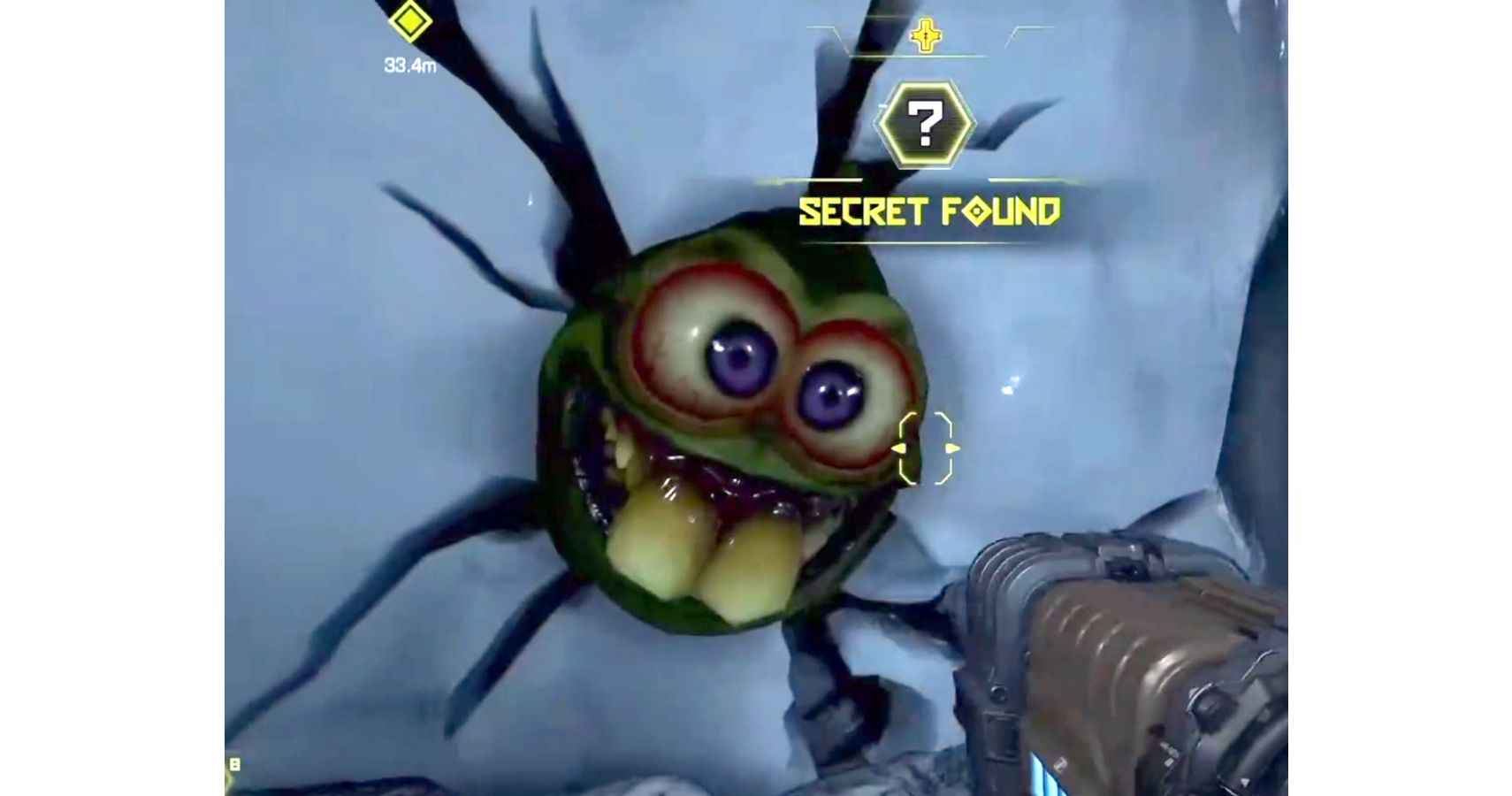 Somehow, in a game filled to the brim with terrifying hellspawn and entire levels built upon demon entrails, this is arguably the most nightmare-inducing monstrosity of all. The bloodshot, dead eyes. The rictus smile filled with yellow teeth and diseased gums. The only way to receive a reprieve from its haunting gaze is to punch or shoot it so that it can explode and leave behind a 1UP. But even an extra life isn’t enough of a reward considering the fact that we’ll always see this horrifying face whenever we try to sleep.

To make matters worse, the arctic is apparently infested with these critters as there’s another Dopefish Easter Egg later in the same level! 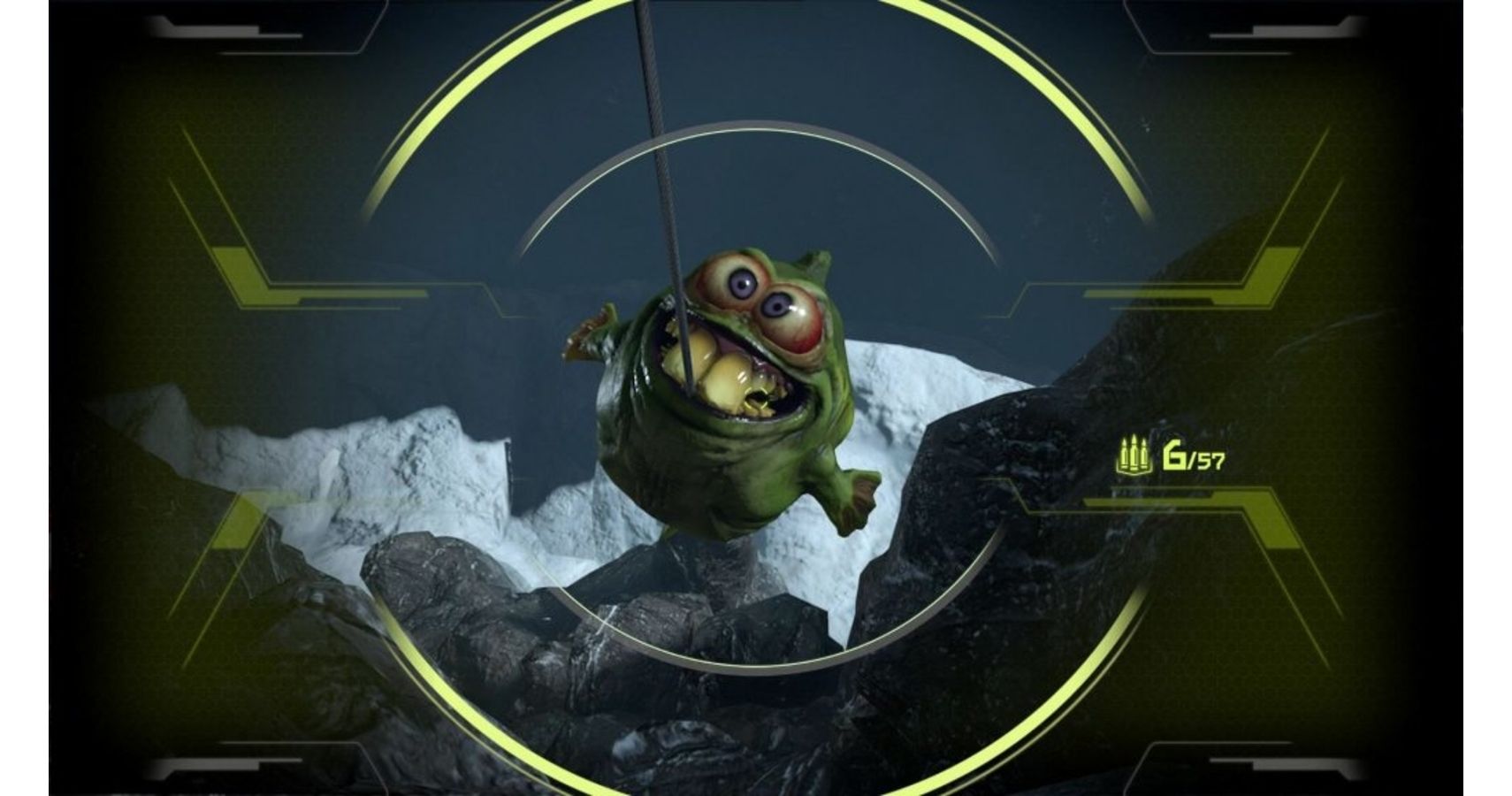 Needless to say, fishing trips are forever ruined as we’ll always wonder if one of these things is going to be at the end of the hook. 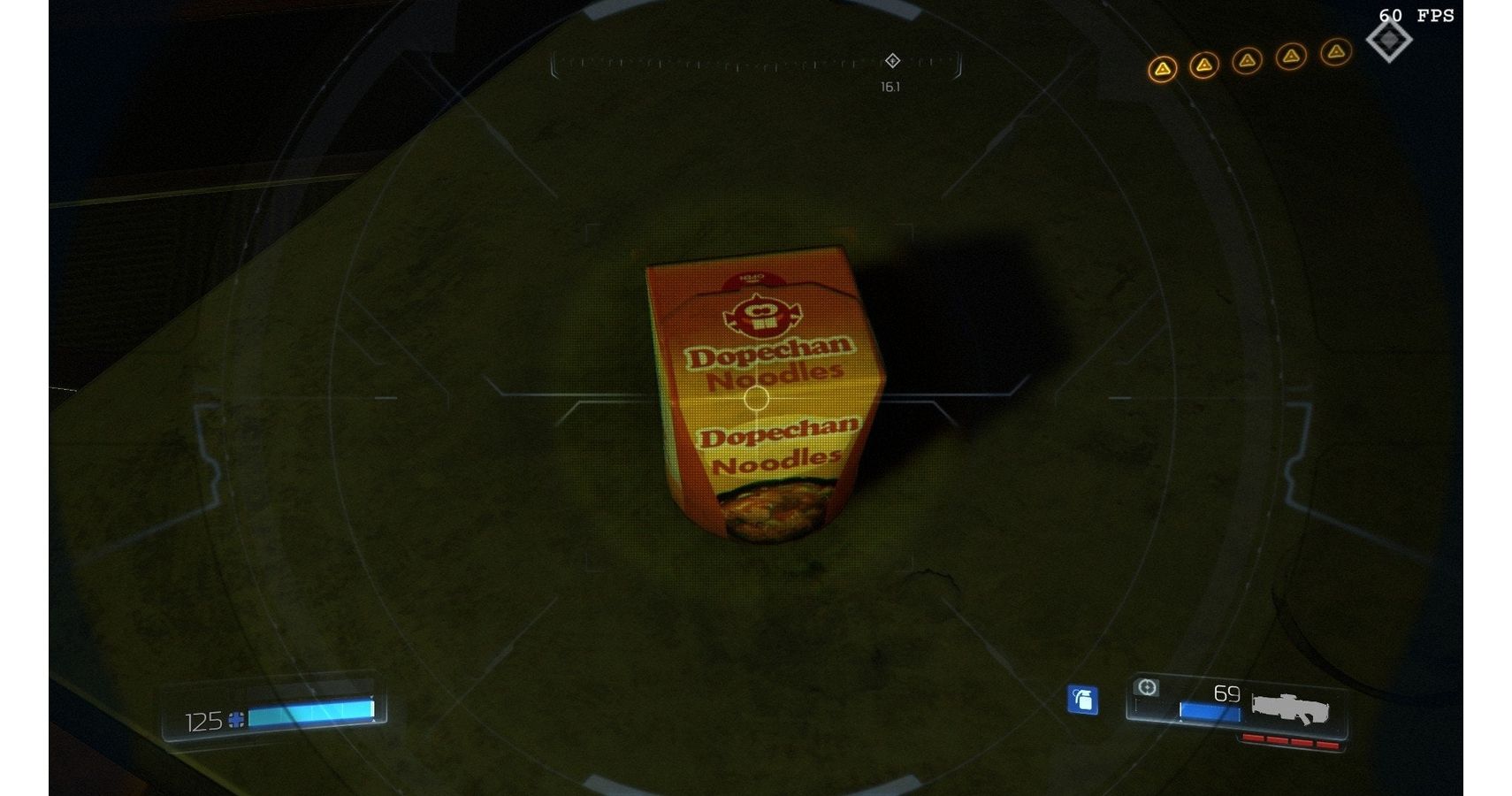 DOOM Eternal isn’t really a horror game. If anything, the Doom Slayer is the scariest thing in the known universe and demons should be running away from him and his arsenal of weapons. But this game posits a world in which these Dopefish are plentiful and swimming around in our oceans. And if there’s anything that could keep us up at night, it’s the idea that a Dopefish could be coming to devour us if we so much as dip a toe into the water.

On the plus side, for as scary as this may be, it’ll never be as bloodcurdling as what Bethesda did to Commander Keen. Now that’s true horror.