Atlus is a weird company when it comes to ports. Persona 5 and Persona 5 Royal are PlayStation exclusives, while the sequel, Persona 5 Strikers, is also on Nintendo Switch and PC. Persona 4 first released exclusively for the PS2, before Golden came to PS Vita and then to PC several years later. You can’t play it anywhere else at the time of writing, and it feels like a weird omission given how much of a hit it would be.

Like seriously, if you released Persona 4 Golden across PlayStation, Xbox, and Switch later this year I guarantee it would sell a minimum of one million copies. The PC version was a faithful port of the Vita original, so even without being a super technical wizard I can see that a similar conversion to modern consoles is far from out of the question. Just drag all of the files over, press the button that says ‘make run on Xbox’, and call it a day. Easy peasy! 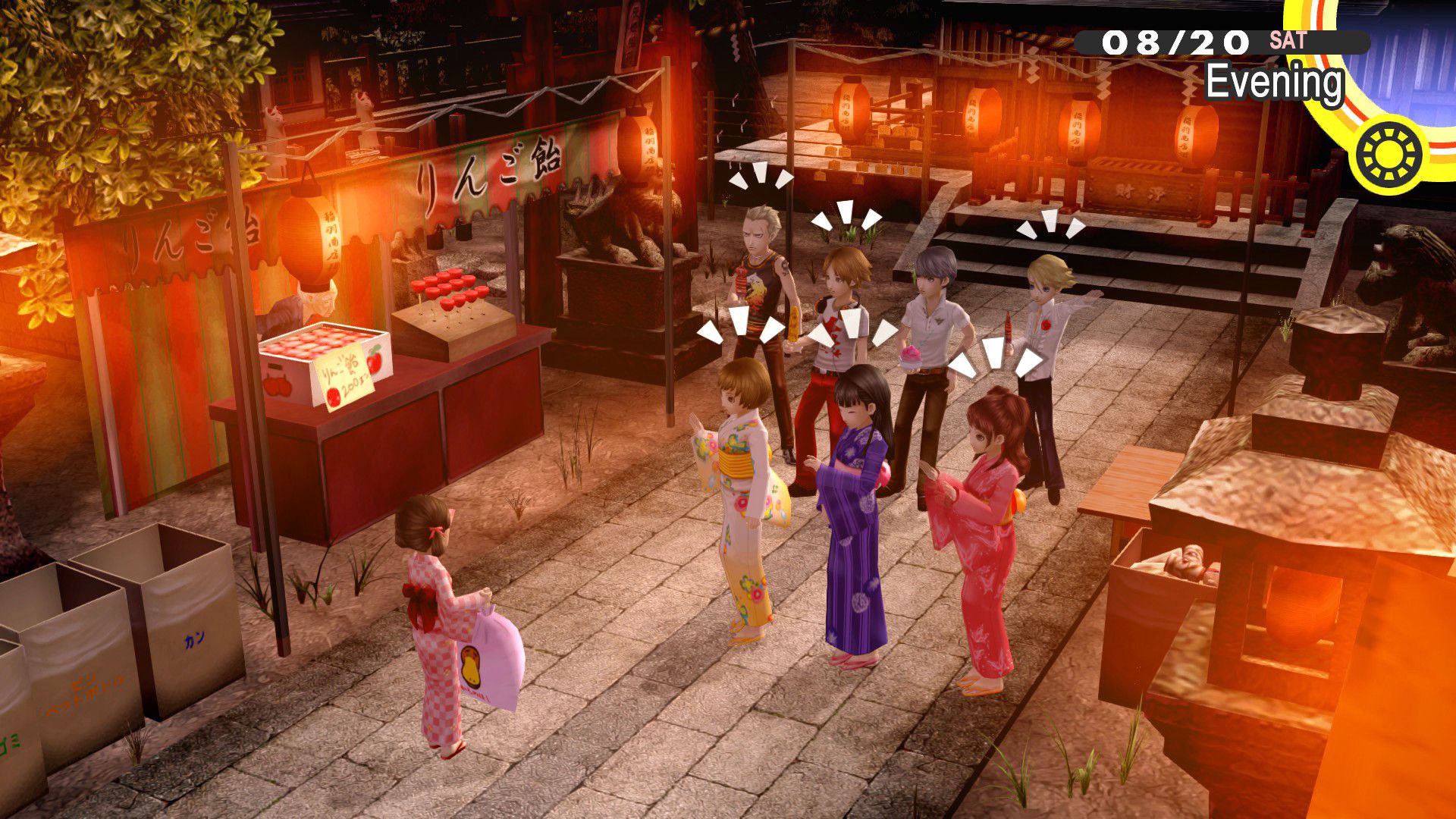 We all know that Persona 5 invented jazz, the colour red, and thinly-veiled incest. It was also the first entry in the series for many, introducing over six million players across its different versions to its distinct mixture of millennial social interactions and addictive turn-based battles. It’s a brilliant game, albeit a little long, and so many of its finest qualities were first introduced in Persona 4. It swapped the bustling streets of Tokyo for a humble rural setting filled with archaic shrines and quaint storefronts, the distant city becoming a source of envy for its cast of unruly teenagers.

The town of Inaba is timeless, and provides a glimpse into rural Japan rarely seen outside of anime or, you know, actual Japan. Tokyo was a world away, and playing as a teenager who was thrust into the boonies and forced to carve out a life for himself was fascinating. Characters like Chie and Yosuke welcomed you with open arms, forming social links and meaningful relationships that could even blossom into romance. You can’t be gay though. Atlus is a pure, Christian company. 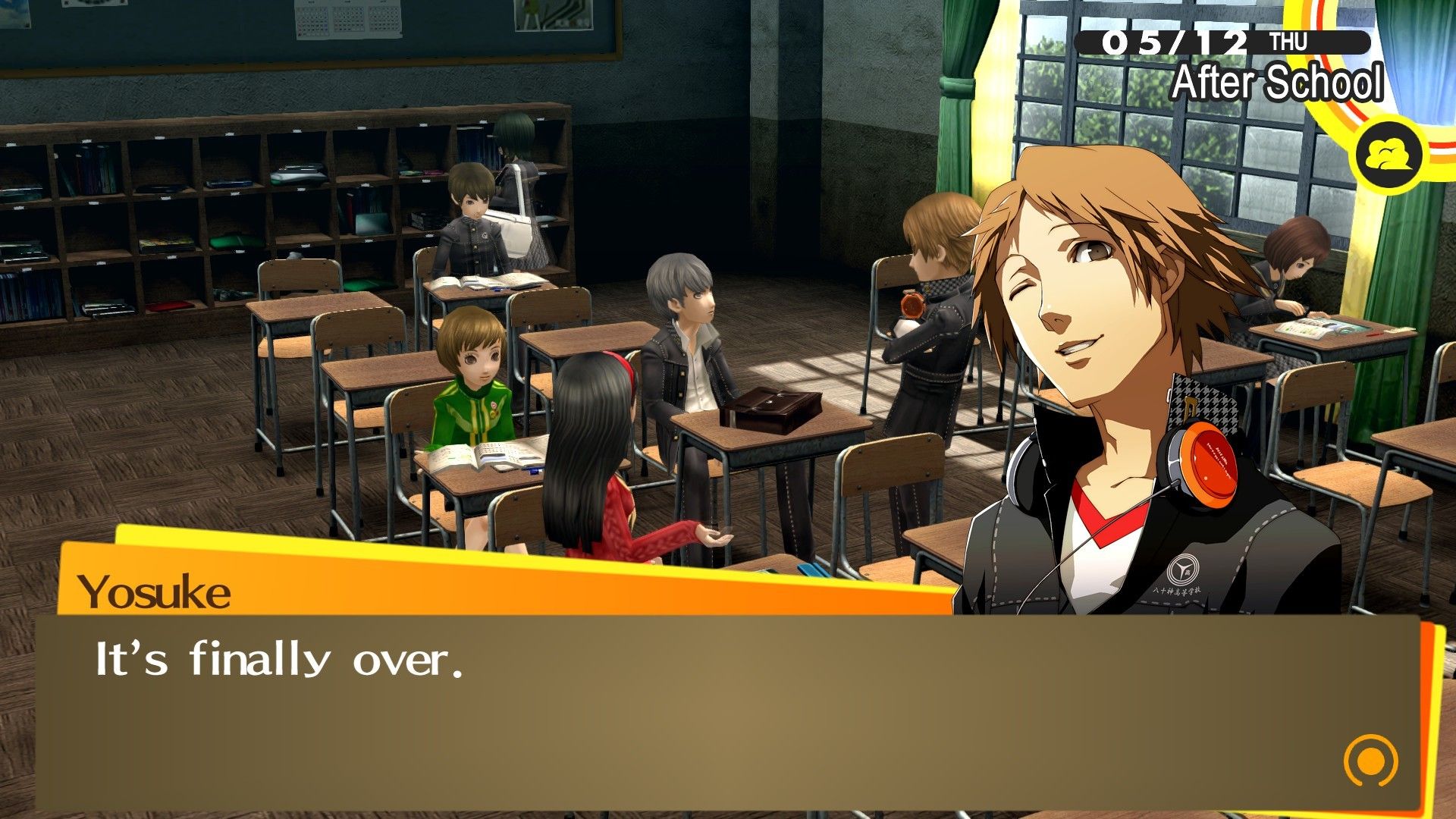 All of the hallmarks that we associate with Persona and even modern JRPGs like Shin Megami Tensei 5 and Yakuza: Like a Dragon come from Persona 4 Golden, and its influence can’t be understated. Obviously, the majority of its ideas have now been built upon. The pacing, dialogue, and dungeon variety in Persona 5 eclipses its predecessor in every conceivable way, but there’s something charming about how this JRPG was pieced together. The narrative and characters still carry it through the murkier waters, and a half-decent remaster for modern consoles could even clean up some of the messier elements.

Persona has long since stolen the world’s hearts, morphing from a cult classic into an undeniable blockbuster that happily sits alongside the likes of Final Fantasy and Dragon Quest. It represents an element of counterculture in the genre that it sorely needed, even if its view on certain political points veer towards conversative on more than one occasion. But Persona 4 Golden feels so much more distilled and focused than what would come after, it sought to tell a humble story of youthful discovery and achieved so much more. It’s a classic in the genre, and one I really want to see grace other platforms in the months to come.