If you’ve been watching the latest season of Attack on Titan (Shingeki no Kyojin), then you’re either a manga reader, or you’re asking one powerful question: what the hell is Eren’s problem? Since the “Final Season” begun we’ve seen Eren take a very different approach to finding peace for the inhabitants of Paradis, one which involves a hostile attack on foreign soil, war crimes, killing civilians, and more. Attack on Titan is back baby, and Eren is absolutely going off.

But it does all pose one question: what is Eren’s problem? We’ve seen Eren’s character morph from a young and “innocent” boy obsessed with avenging his family and indeed the human race, to one that is happy to sacrifice humans – even his friends and other innocents – all in the name “peace.” In episode #69 we see Eren act with intense hostility to Hange, current commander of the Scouts, and the rest of his most treasured and beloved friends are expressing some extreme doubt as to Eren’s motives in all of this. 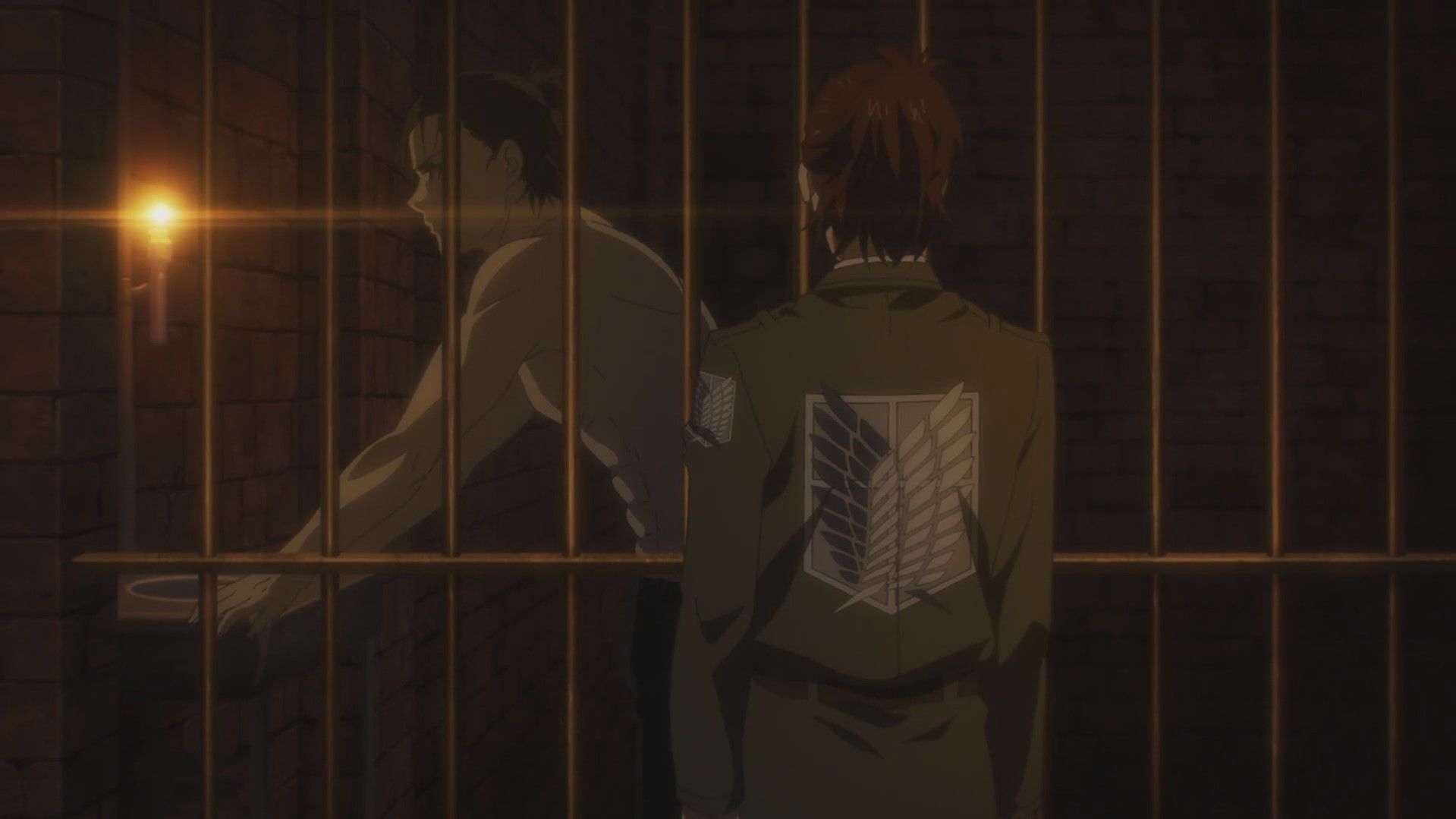 The season kicked off proper with an explosive battle on Marley soil. Eren confronted the traitor Reiner, and was very casual about causing the deaths of several dozen Eldian innocents in the internment zone. It was this moment where we knew that the bleeding-heart of Eren Jaeger had changed between this season and the last, but it did beg a lot of questions for the anime fans that haven’t gone near a manga in the last year. Now we’re starting to see some of those answers.

Eren has, seemingly, doubled-down on the sins of the past, the memories of previous titan shifters flow through his blood, and the thoughts of the Eldian royal family are overriding his own. There is a reason why every Eldian royal has relinquished their own thoughts and intentions upon being shown the memories of their predecessors: this is the way it must be. There is a will and intent being passed down through the Founding Titan, through the various titan shifters, and Eren, despite holding out until now, has become the latest victim, finally losing his sense of self, and ceding it to the memory of those that have come before.

But the big question is, what does this mean for those closest to Eren? Eren’s threats towards Hange may have been the most harrowing part of the latest episode, but the revelation that Historia is pregnant is huge. Historia is the last Eldian royal inside the walls of Paradis, save for the currently captive Zeke Jaeger, and it seems that her fate has sadly been sealed. As part of a trade deal with Hizuru, it has been arranged that Historia will take command of the Beast Titan, and she will be essentially forced to breed, reigniting the dwindling Eldian royal family, but essentially imprisoning her. Inheriting the power of the Beast Titan will number the days she has left to live, and those days will be preoccupied by raising the next generation of the royal family of Eldia. This is not the search for freedom Eren had in mind when he first stepped outside of the walls, and we see him rebel against the idea of the Eldian people being used as livestock. At least initially.

Now Eren’s mind has changed. He has already condemned Historia to a shortened life, in addition to happily going along with the plan to have her become a baby maker for the sake of the Eldian royal family. Her freedoms are being sacrificed, just as Eren sacrificed the lives of innocent Eldians at the internment camp. All of these things that made Eren’s character what it was since the beginning of the series are being tossed to the wayside. After following him and the rest of the cast for 60 episodes, Eren is now, officially, the antagonist. Peace, as it turns out, was never an option. 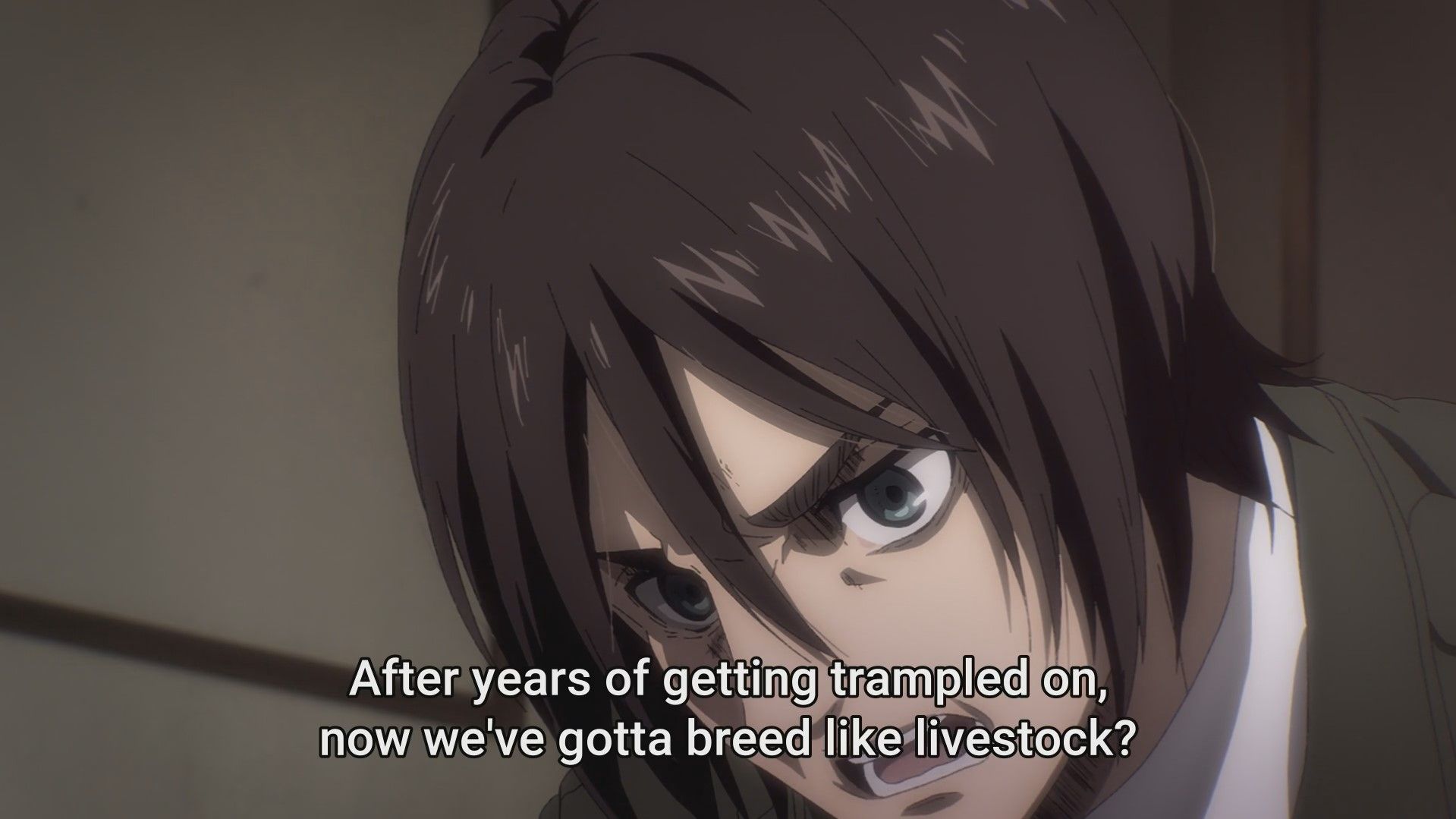 This was all encapsulated by Sasha’s death. Sasha Brauss, the potato girl, was one of the most loveable characters in the whole franchise, bringing some heart and humour to a series which is otherwise so often drenched in blood, death, and misery. Eren told Sasha and the others that they were the most important people to him in the world. And yet, Eren forcibly dragged them all into a war on Marley land without even asking for their thoughts, and when Sasha died he showed emotion for the very first time in the latest season: he laughed.

Eren’s days are numbered, and he seems to be scrambling to make a difference in what time he has left, at any cost, as long as it brings peace and prosperity to Eldia. So he drags the people he treasures most into war, kills countless innocents as a show of force, allows the Queen to become a breeder for the cause, and laughs when one of his most precious friends dies. In his mind, thousands of Eldian people have been tortured and killed just for existing, and thanks to the memories of his predecessors, he can see and hear them. One more Queen, one more friend, and one more war are little in the grand scheme of Eldian history. Eren Jaeger is now the warmongering antagonist of Attack on Titan, a personification of rage from thousands of years of both subjugation and subjugating others, and the series can only climax with his death.

Next: 10 Attack On Titan Characters & Their Perfect Pokemon Partners 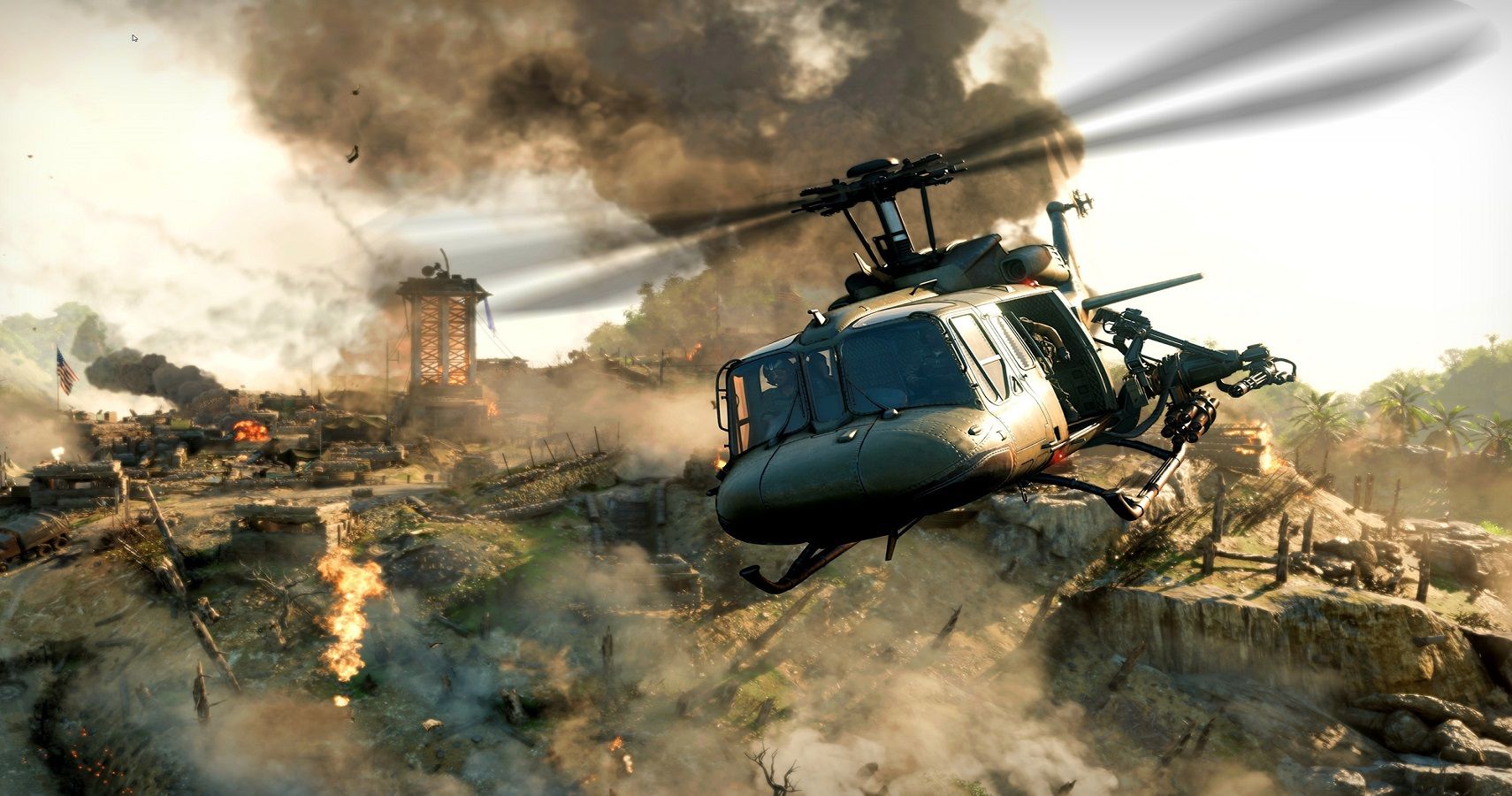