Some of the best characters in Animal Crossing: New Horizon include three lovable capitalists — Timmy, Tommy, and Tom Nook. And while it’s easy to jump to the conclusion that Timmy and Tommy are related to Tom Nook, it turns out that there isn’t good evidence to support this theory. In fact, it’s more likely that they aren’t related in the slightest.

All three characters are tanukis — or raccoons outside of Japan — and have a soft spot in their heart for making money and buying suspicious amounts of insects. Because there are no other villagers that look like them throughout the entire Animal Crossing franchise, most people assume they must be related. Part of that is true — Timmy and Tommy are siblings, and the game goes as far as to tell us that they are twins, distinguishable by a tiny mole on one of their club-like hands. 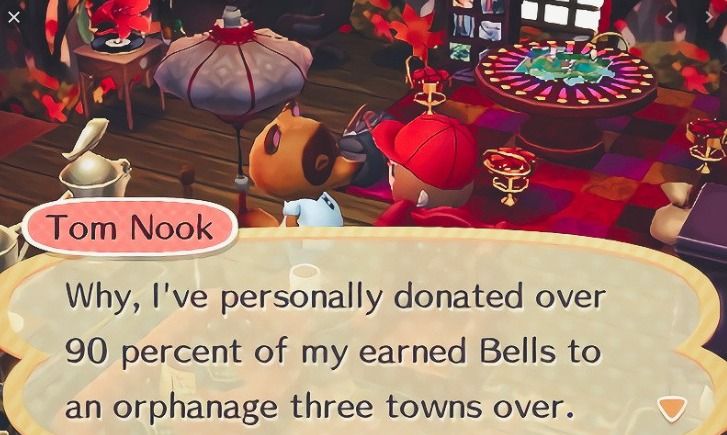 Other villagers in the series seem to think Tom isn’t related to the twins, either. Many of them mention that Tom Nook found the young Nooklings as orphans and chose to adopt them. That would technically make Timmy and Tommy his sons, but it certainly isn’t how most people imagine the story unfolding.

It’s odd that none of this is ever covered outright by the Animal Crossing series and is instead left up to chance encounters with other villagers. You could argue that it only adds to the mystery and trying to milk your neighbors for the latest Nook gossip is a compelling reason to keep playing. Who knows what will be revealed the more we play New Horizons? One thing is certain, though — Tom Nook loves his tiny employees, regardless of their family status.

Related posts:
Hot News
Scrapped Build Of Dead Island 2 Is Now Online: Watch Gameplay
Top DJ The Avener to perform during 24 Hours of Le Mans Virtual
Sony Must Pay $2.4 Million Over PlayStation Refund Policy In Australia
Fortnite Season 3 Start Date: Delayed Once More
My summer of The Sims
Recent Posts
This website uses cookies to improve your user experience and to provide you with advertisements that are relevant to your interests. By continuing to browse the site you are agreeing to our use of cookies.Ok