Ratchet & Clank is all about the titular characters and their various journeys throughout the universe to save worlds, galaxies, and… Qwark. Always Qwark. But one of the larger aspects of the Future Trilogy on the PlayStation 3 was the absence of the Lombaxes, Ratchet’s species. Despite rarely meeting any, we found out plenty about them, and in Rift Apart, we’re meeting another – Rivet. With that in mind, let’s dive into the history of these hyper-intelligent fuzzballs from yesteryear.

Firstly, they’re from Fastoon of the Polaris Galaxy. They were one of the most advanced civilizations in the known universe, with technology far exceeding their time and the other species of that era. They also had a fierce military with the Praetorian Guard, a band of elite warriors who Alister Azimuth was a part of. That name should sound familiar: he’s the Lombax we would go on to meet in A Crack in Time, and a pivotal player in their disappearance.

At some point in their history, they got into a war with the Cragmite empire. This was aptly dubbed the Great War, and it wasn’t particularly going anywhere. Both sides were equal in power and scope, and neither was gaining a foothold over the other and so the Center for Advanced Lombax Research began to develop a new weapon, something that could turn the tide and bring victory in one fell swoop. This was the Dimensionator. Upon its creation, the Lombaxes unleashed it on the Cragmites, banishing them to another dimension, leaving them the sole victors. The Polaris galaxy hailed them as saviors, and they found peace for a short time. 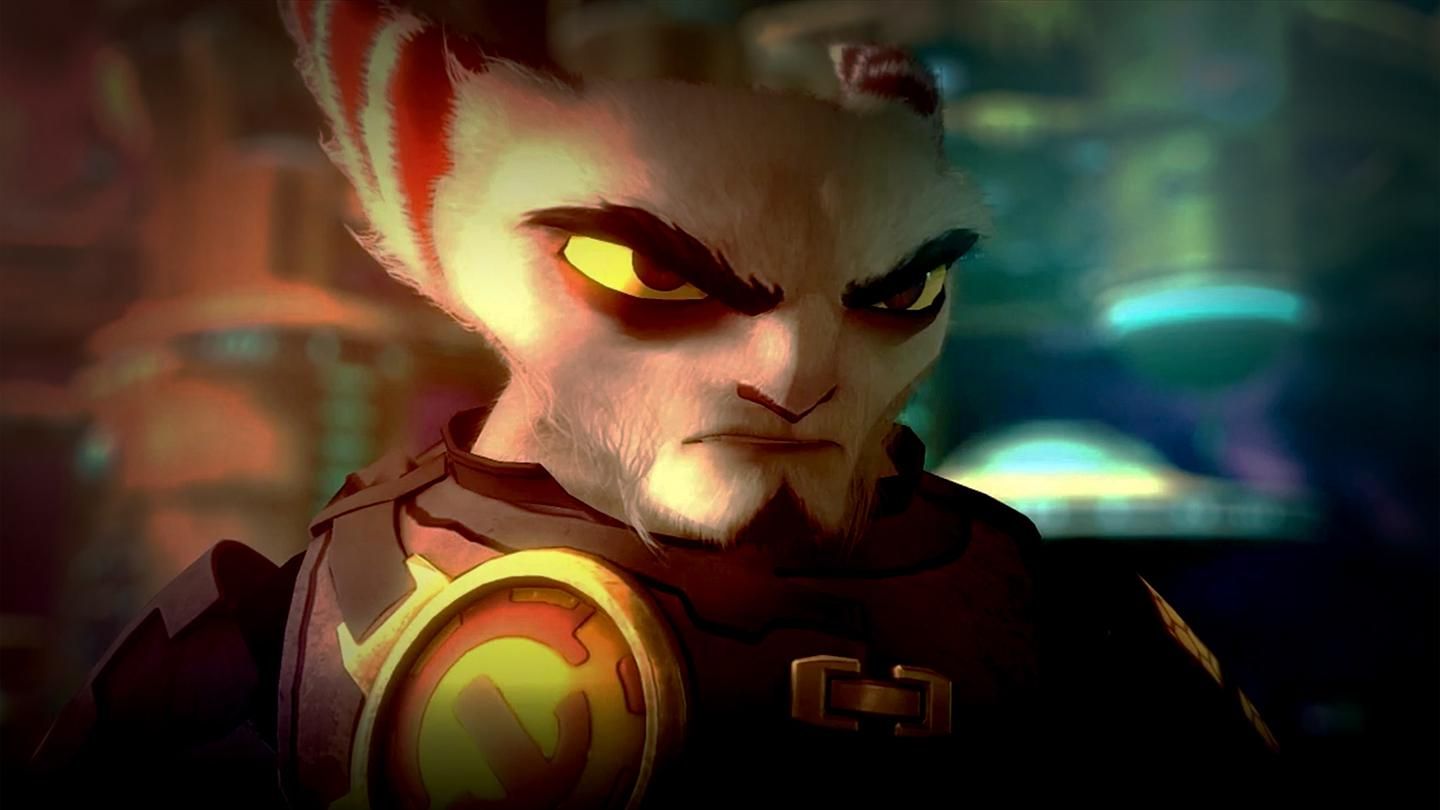 Years after the war ended and peace had washed over the galaxy, the Lombaxes discovered a Cragmite egg in the Trillium mines. They raised the spawn as one of their own, calling him Percival Tachyon, the would-be antagonist of Tools of Destruction. He was far more advanced than even the people raising him, creating weaponry and devices exceeding their own technological capabilities tenfold, and this scared the Lombaxes. Some were skeptical and didn’t trust the Cragmite, believing him to harbor ulterior motives. Chief among them, Ratchet’s father – Kaden. However, Alister Azimuth placed his trust in the young Cragmite and convinced the others to do the same, giving him full access to Lombax tech.

This horrendously backfired when Tachyon discovered what had happened to his people. He built his own empire, that of the Drophyd, utilizing this advanced technology he had garnered over the years, all with the intent of laying siege upon the Lombaxes to wipe them out for good. With that, they used the Dimensionator themselves to flee, leaving behind Alister in exile, with Kaden staying behind to defend and hide the Dimensionator. His son was with him but Kaden hid this child as well. Ratchet was placed on Veldin in the Solana Galaxy. This was in an effort to keep him from the tyrannical Cragmite. Kaden eventually fell to Tachyon, and the Lombaxes were now missing, with Ratchet seemingly the only survivor.

However, another survivor was Angela Cross, although just why she wasn’t with the others is unclear. Cut dialogue from A Crack in Time had Alister Azimuth revealing that he once knew a “delightful, pretty, and very clumsy” Lombax named Lorna Cross. Perhaps she too stayed behind and hid her own child from the perilous ire of Tachyon, albeit somewhere different to Ratchet. The story doesn’t end with Kaden’s death and Azimuth’s exile, however, as Ratchet embarked on his own journey that expanded upon the Lombax mythos. 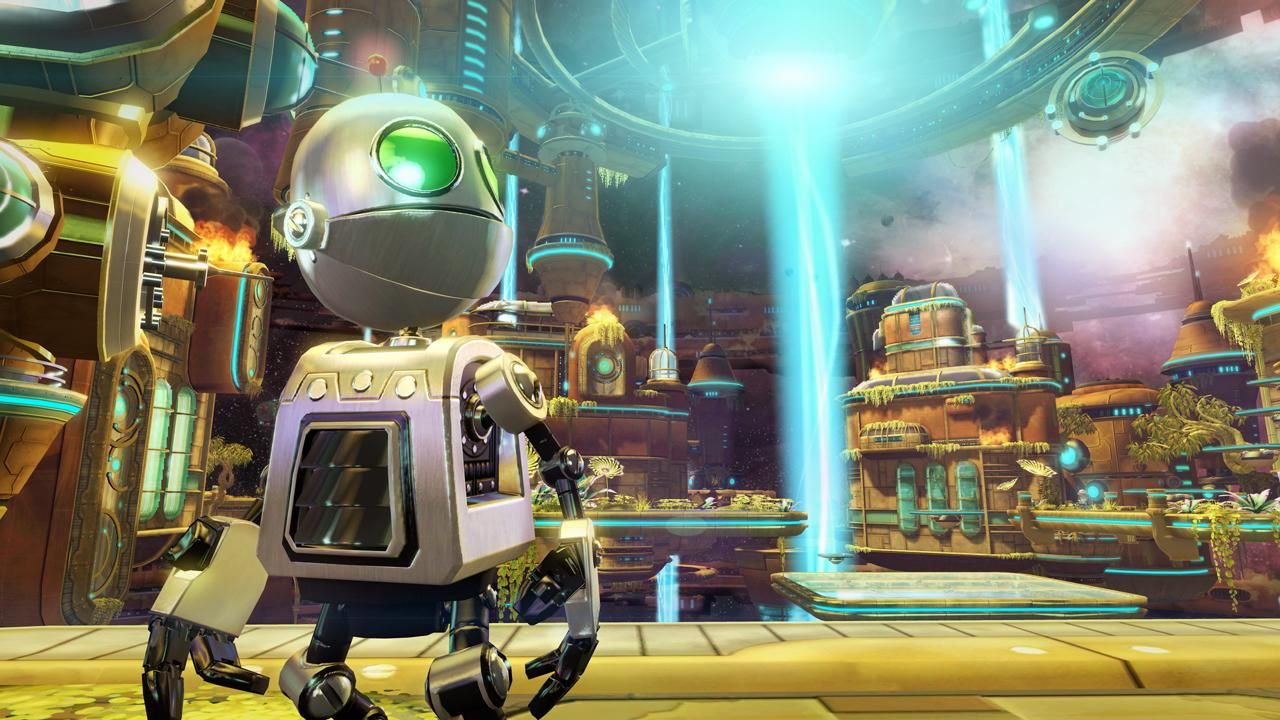 Ratchet met Clank, stopped capitalist villain Drek, fought Qwark under the guise of another criminal capitalist, and then beat up a scientist with ill intentions. He was renowned as a hero, became somewhat of a celebrity, and then was immediately overshadowed by Clank due to his hit TV series that made him a James Bond-type star. He was getting into the groove of being a suave galaxy-saving naive and awkward hero, all the while, blissfully unaware of what had happened to the Lombaxes and just where his people were. It never seemed to hinder him or linger on his mind until he met Tachyon who was out for his neck.

Tachyon attacked Kerwan in an attempt to kill Ratchet. Believing he had succeeded, he left to the Polaris Galaxy, and Ratchet followed. Here, he discovered the history of his people, found the Dimensionator, and watched as Tachyon used it to bring back the Cragmites after the two fought over its possession. Luckily, the empire was no match and Ratchet stopped them, taking it back for himself, but Tachyon offered him something. He offered to send Ratchet to be with his people if he left him in this universe to his own devices. Ratchet refused, banishing him to another reality.

Later, in A Crack in Time, he met Alister Azimuth, his father’s close friend. Azimuth was searching for the Great Clock because he believed he could use it to change history and bring the Lombaxes back, rewinding time to undo his greatest mistake. However, this had the potential of destroying the entire universe, and so Ratchet embarked to stop him. In the process of actually changing time, Azimuth too learned of this risk and sacrificed himself to stop himself from committing yet another great mistake, an atrocity with untold damage that would tear the universe apart. In doing so, he left only Ratchet and Angela as the last Lombaxes. That is until we met Rivet, an alternate universe version of Ratchet. Perhaps, through her, and traveling the multiverse, more of the Lombax story will unfold. There’s not long left to find out.