As more and more people hunker down for what looks to be a few weeks to a few months of social distancing, now is the perfect time to explore some great board games that are guaranteed to take a long time to complete, but that can be played for a few hours each night or binged a day at a time. Here are our top five recommendations for games that take time to get through, which is something most people have in abundance right now. 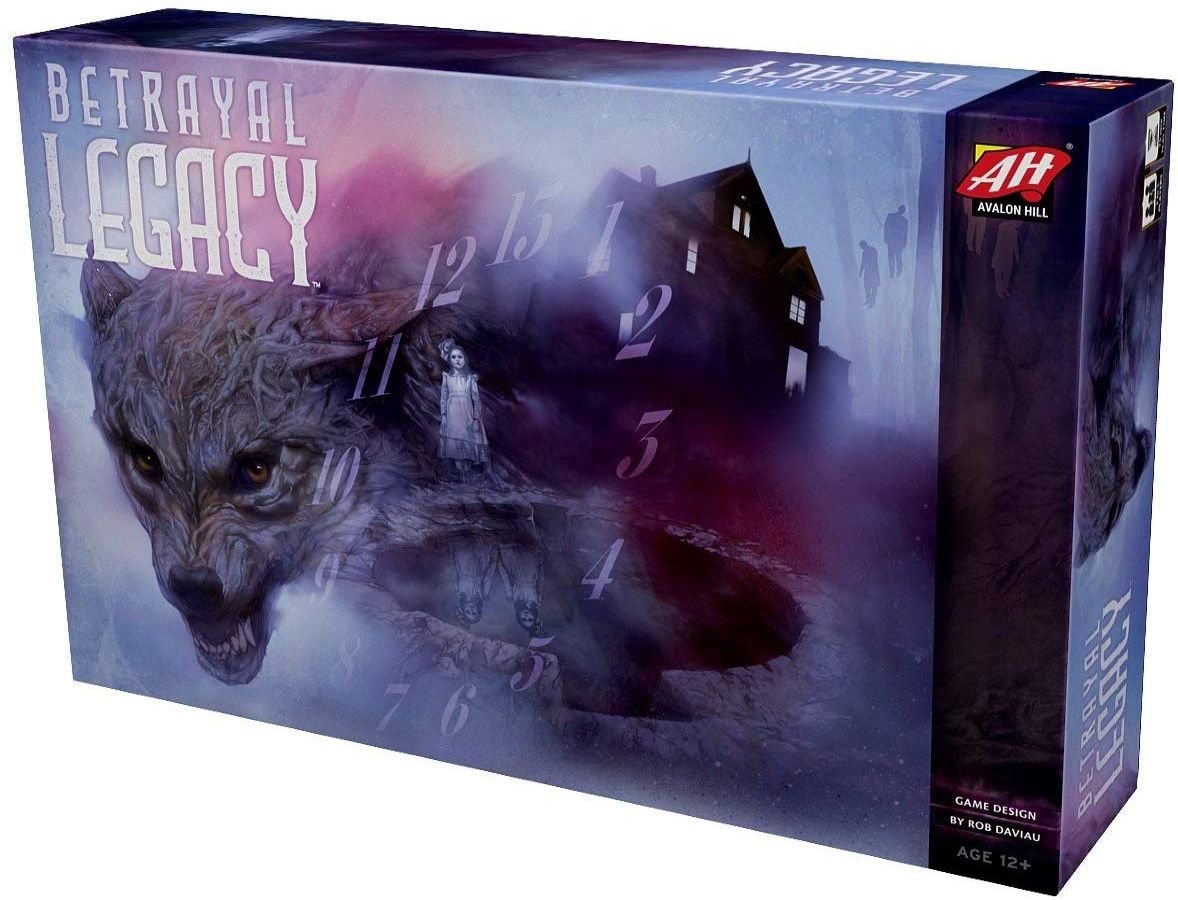 Betrayal at House on the Hill is an outstanding game with great replay value, and Betrayal Legacy takes much of what is memorable there and expanded towards a long-term, multi-session game that consists of a prologue and thirteen-chapter stories that take place over several decades. Players take on the role of members of a family in each story, with older versions carrying forward in later chapters, assuming they survived. 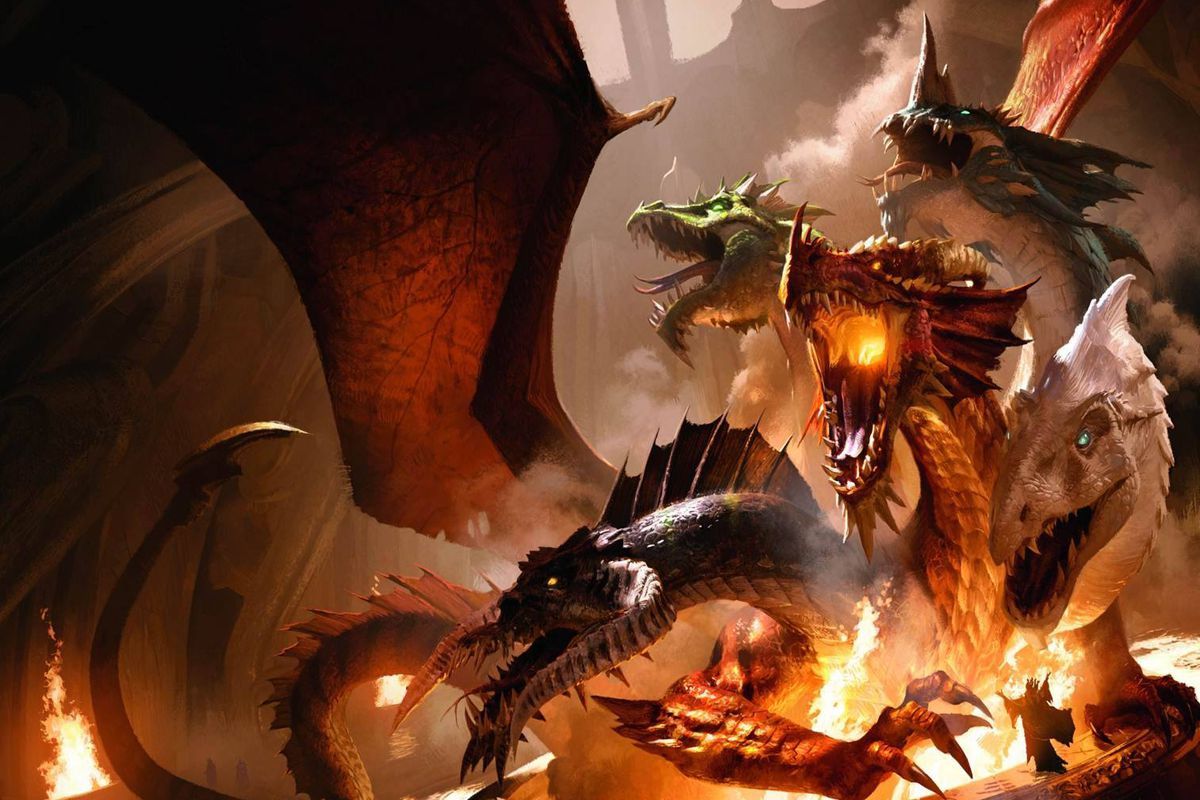 Dungeons & Dragons is an excellent choice for a group that must spend some time together. What makes the current situation around the world unique is that while there might be one or two D&D players in a household, odds are not everyone is familiar with the game and its rules.

This makes for the perfect time to introduce new players to the world of D&D. Luckily, there is a wealth of resources available online that go over the basics of what exactly the game is, how to create a character for new players, and much more. These can be found all over YouTube and Roll20, a resource that enhances the roll-playing experience.

Similar to Betrayal Legacy, now is a great time to engage in a series of one-shot campaigns, or be ambitious and aim for a longer, fully fleshed out adventure! 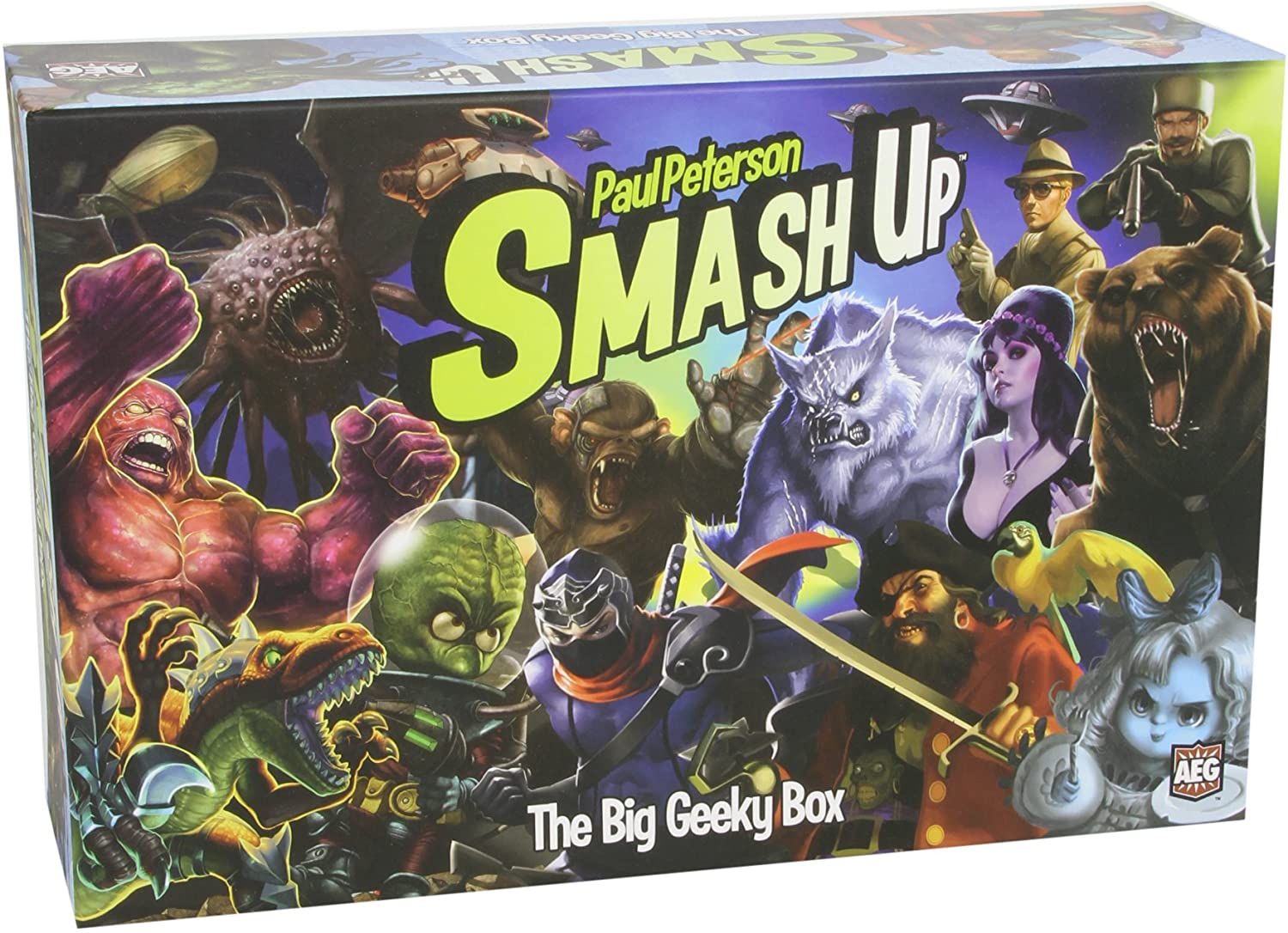 Smash Up is a simple deck-building game that tasks players with smashing bases. The goal is to outperform other players by taking out the most bases, and there is a good amount of replayability because one can mix between eight different factions to provide different decks in each game.

Where the game becomes far more replayable for weeks at a time is with the inclusion of over twenty expansions, each of which comes with new bases to smash and more factions to mix into the overall number of potential deck combinations. With enough of these expansions, everyone will always have a different way to play and experience the game.

This can be a great choice because Smash Up does not require a lot of mental energy or commitment to play, so unlike something like Dungeons & Dragons, it’s no big deal if some players are not into the game on a particular board game night. 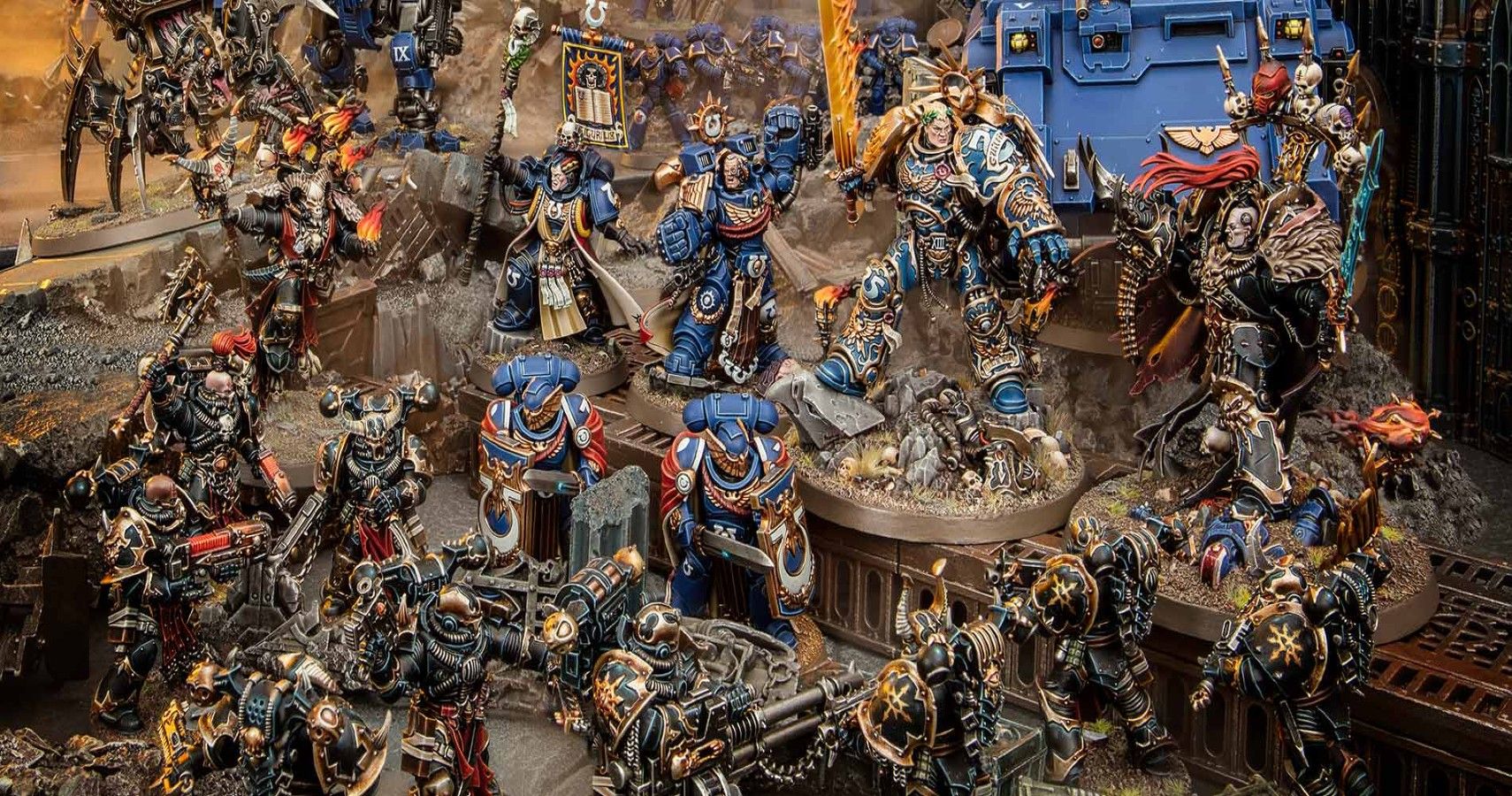 Warhammer 40k and other miniature games are a great way to pass the time and pick up a new hobby as well, though this one isn’t as friendly on the wallet as the other games on this list. The great thing about Warhammer 40k and other wargames that feature the use of miniature figures is the infinite level of customization that is available in choosing figures and painting them however one sees fit.

For families, Warhammer 40k can be a learning opportunity in a similar way as Dungeons & Dragons, with a broad list of rules to learn, but also the process of painting miniature figures is something that can be done together, and there really is no wrong way to proceed when first starting out.

Playing the actual game becomes an ongoing lesson in strategy as players often face off against one another. Both players are usually designated an equal amount of points that they can use to build an army of their choosing. Hordes of weaker creatures can cost the same as a group of five Space Marines, but how they are used will determine the winner, and every game has the potential to be completely different thanks to dice rolls to determine probabilities to hit and for damage. Check out the video below for a brief into the world of Warhammer 40k!

Twilight Imperium is a game of galactic conquest that has players face off with long-term ambitions in mind. Whether through military conquest, political manipulation, economic bargaining, or some combination of the three, players will find themselves immersed in a complex game that can take anywhere from four to eight hours to complete after learning the rules. 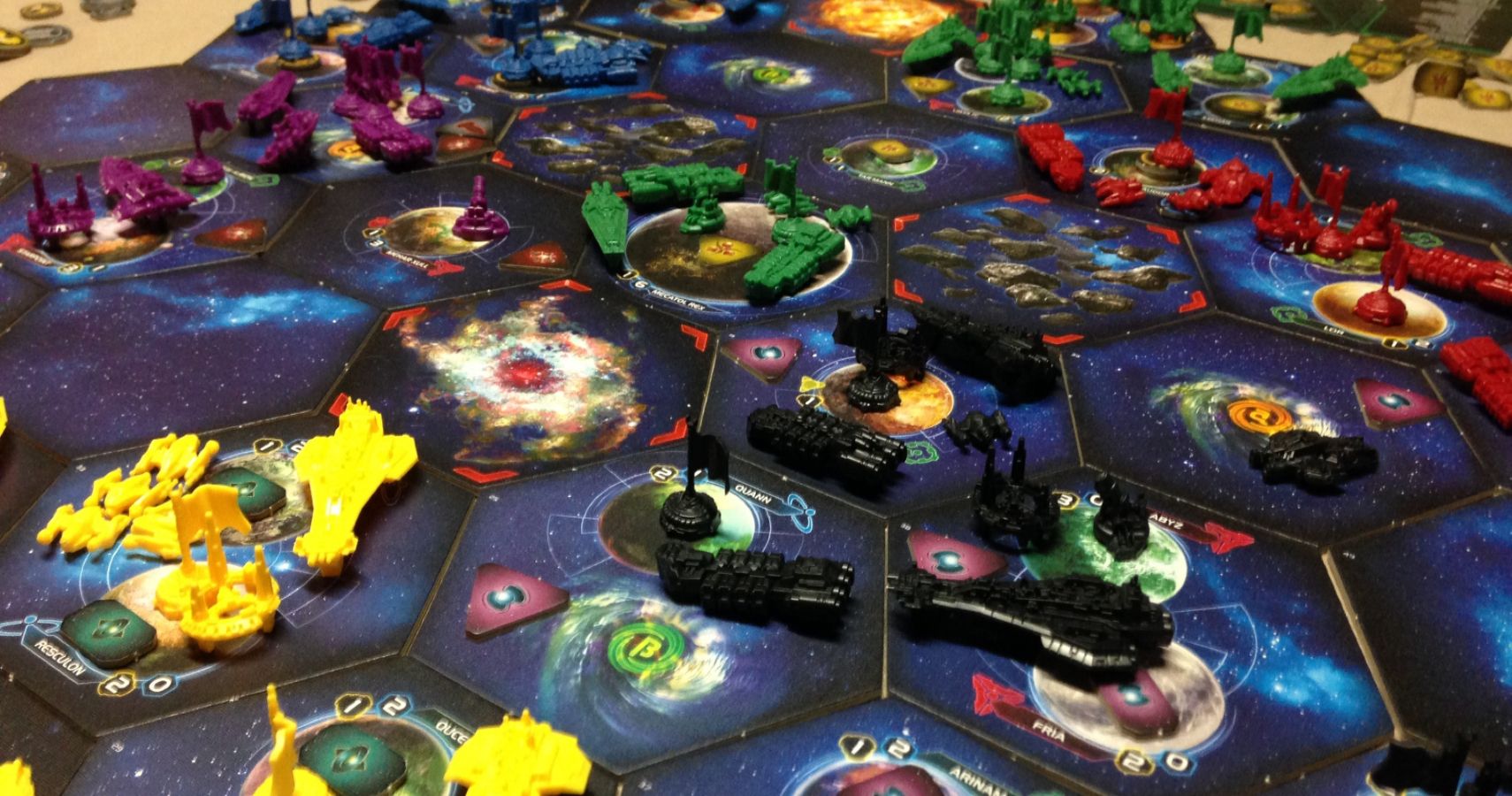 Like an ongoing campaign of Dungeons & Dragons, this makes for a great choice if players want to play a single game in short bursts, say for an hour or two at a time, but also for an entire day of board games with a central theme. Since the rules are broad and there are so many ways to achieve victory, this game offers a lot of replayability while stuck at home and is worth looking into.