Meet the demon-slaying Doomicorn, one of Doom Eternal’s cosmetic skins

Doom Eternal, the sequel to id Software’s critically-acclaimed 2016 shooter, comes out on March 20. On Tuesday the developers released a short new teaser video, which focuses on the fact that the game will have cosmetic skins. But it also revealed an abomination unlike anything that fans have seen before. It’s called Doomicorn, and it is … majestic. 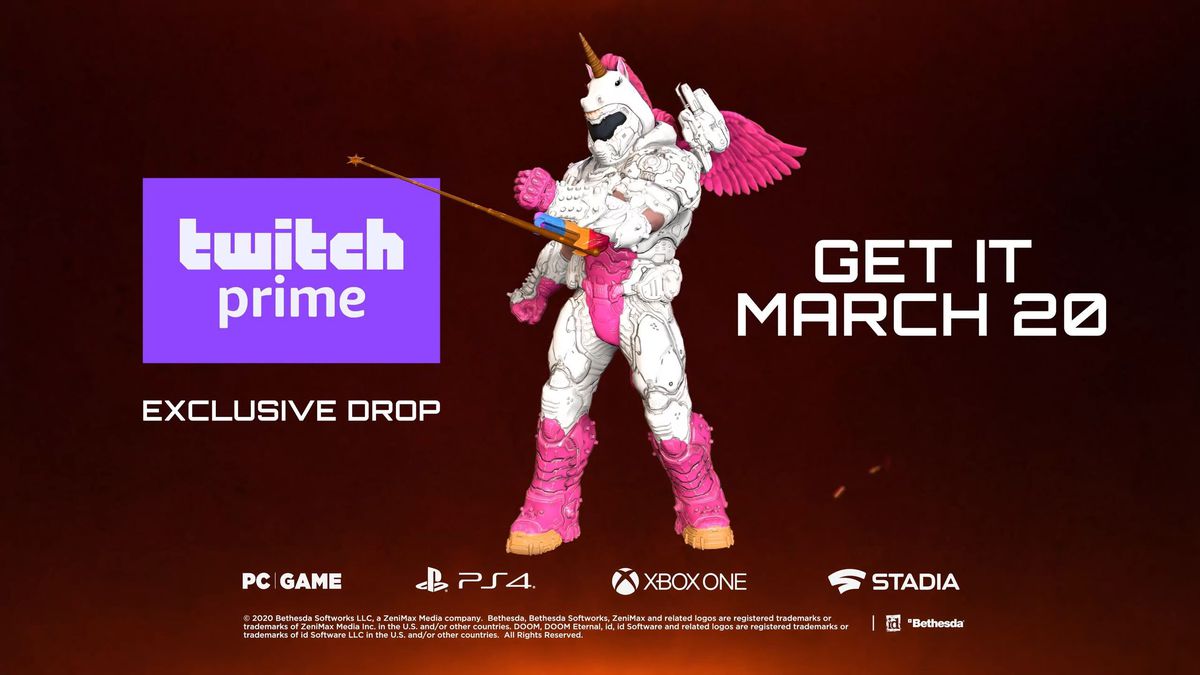 The Doomicorn will be available exclusively to Twitch Prime members who opt to connect their Bethesda.net account to their Twitch account between March 20 and April 21. It also comes with something called the “Clip Clop Stance” animation, for use exclusively in multiplayer, as well as a “Magic Meadow base podium,” which sounds like an armor stand with which to admire the glory that you have wrought in your personal quarters. More details are available on the official website.

Doom is the bloody evolution of slapstick comedy

Today’s trailer also showed off several less avant-garde cosmetic options, including some nice volumetric flames and a set that turns your Doom Guy into a zombie. We’ve embedded the full trailer above, but you can also find it on YouTube.

Doom Eternal will be available on Google Stadia, PlayStation 4, Windows PC, and Xbox One. A Nintendo Switch version is also in development.