Sea of Thieves is all about accumulating treasure, and then turning it in for rewards. That’s a perfectly cromulent gameplay loop for a pirate game, but there’s only one problem that I must grapple with time and time again: I’m a big silly sausage, drunk on hubris, and I can’t stop picking up the cursed chests.

The Gold Hoarders are a faction of pirates who send players out into the world to dig up chests full of gold. These chests are quite valuable, and filling your boat with them might make you a tempting target to other pirates out on the seas. But there’s a wrinkle: Some of these chests are cursed. One chest makes the pirate drunk, which is actually the most tolerable of the effects. If I pick one of these up, I end up feeling a little nauseous as I sway around, and the off-key music is a little irritating, but it’s largely toothless.

It’s the other two cursed chests that are causing me bigger problems. One chest, the Chest of Sorrow, will randomly start sobbing until it fills the entire ship with water and sinks it. The only way to solve the problem is to chuck the chest in the drink, or bail its tears out as quick as one can.

The other cursed chest is something Rare added in a recent update. This mad lad will randomly ignite, and if left unattended, the entire ship will go down in flames. (If you try to leave the Chest of Rage in water, the chest just heats the water and turns it into a boiling morass of pain.)

You might think that with such dire consequences — and past experiences of these chests ruining my day — I would treat them with respect and only transport them under the safest of conditions. Surely, you ponder, I must have learned my lesson after the first couple of incidents.

I am cursed with a sickening amount of arrogance, and my crew pay the price as I keep pulling these chests onto our ship. Sometimes I tell my friends, and sometimes I forget to. Sometimes we run back to the shore with our arms full of treasure only to see our ship completely vertical and slipping beneath the waves. Someone will see the glint of a crybaby chest in the wreckage left behind, and then the questions and accusations start flying.

There are some people who play Sea of Thieves in an incredibly efficient manner: They leave everything behind, except the most expensive and valuable treasures. A few hundred gold simply isn’t worth the effort of transportation to a vendor.

My crew and I play in a much more gluttonous fashion. We bring everything on board, from the most humble bronzed cup to the most expensive chests and skulls. Sometimes we make a game of seeing how much we can bring aboard and keep safe from enemies. Other times, we end up charting a wild course over the entire map, often offloading cargo at ports and going straight back to another island to repeat the whole process again and again. 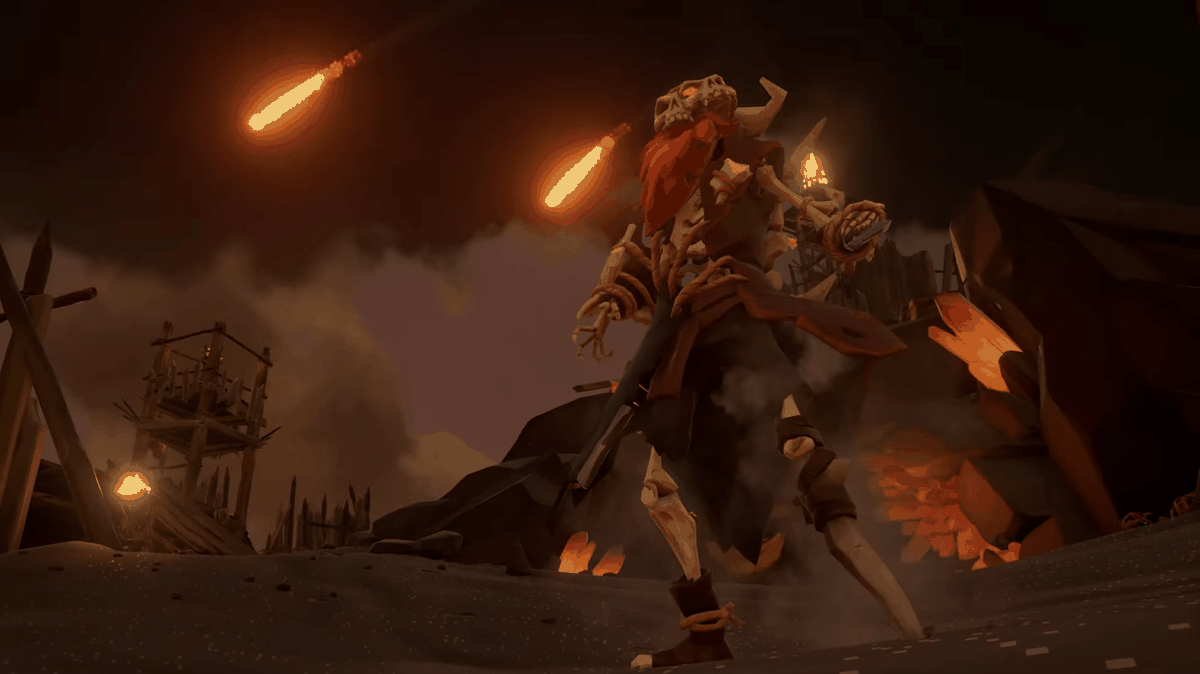 Cursed chests throw a bit of a wrench in the works; they need to be babysat. They’re valuable, but they’re not top-tier. We’ve certainly had arguments about whether they’re worth bringing aboard. But at the end of the day, my sense of greed usually wins out. I like to stare at my hull full of treasure, kind of like a dragon.

There’s another unexpected benefit to these cursed chests: They’re a trust exercise. By that I mean that you should absolutely not trust me. There have been multiple times where my friends gently chide me not to bring a cursed chest aboard, but I sneak it into the hull anyways.

You can sneak all sorts of things on a boat (or off a boat) if you’re clever enough. You can, for instance, put a snake in a cage and then put the snake next to the food barrels, so if someone is injured and they desperately run to try to get some bananas, the angry snake spits venom on them. You can also easily hide a crybaby or a mad lad in a ship, and the only thing that will give it away is the sound of desperate sobbing, or someone noticing that the ship is now on fire.

I like selling chests and getting gold, and that’s a big part of why I keep collecting chests. But part of me also likes the element of chaos that cursed chests introduce. Sailing through the titular sea has lots of danger, but sometimes you find yourself on a quiet server where your main companion is the sound of wind and birds in the distance.

Throwing in a little spice keeps things interesting and fun. We’ve developed strategies for dealing with cursed chests, like having one of us hold the chest on our backs while we cling to the absolute bottom of the ship’s ladder. Whoever holds the chest is essentially blind, often slipping underwater as the ship rises and falls with the waves. The fire chest forces us to scramble around, coordinating buckets of water to douse the flames.

Here emerges the paradox of my attitude toward cursed chests: Part of me fears leaving them behind, as it will lead to a slightly smaller haul. The other part of me is hungry to bring them aboard, despite knowing that they could doom the entire ship, and lead to a much greater loss of profit. I don’t have an answer to how I can hold both of these views, but my crew would largely prefer I not. However, I will never stop. I’m too high on hubris and pirate energy.