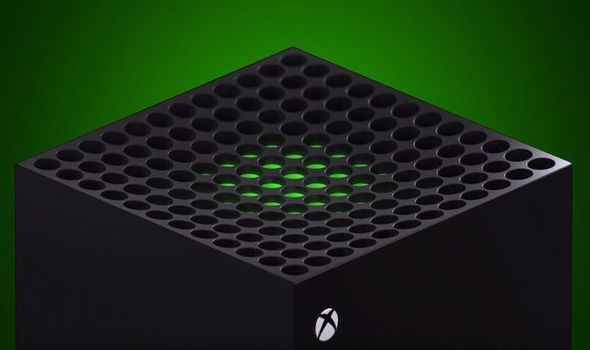 Xbox Series X fans have been getting some mixed messages about the console’s capabilities ahead of its late 2020 release date.

Despite rumours to the contrary, not all games will run in 4K at 60 frames-per-second.

Indeed, according to a post on Eurogamer’s Portugese website, Assassin’s Creed Valhalla will only run at 30FPS when it launches with the console.

“Currently, we can guarantee that Assassin’s Creed Valhalla will run at least 30 FPS,” reads an Ubisoft statement.

Xbox executive Aaron Greenberg has since commented on the issue, telling fans that frame-rates are flexible and not mandated by Microsoft.

“Developers always have flexibility in how they use the power, so a standard or common 60fps is not a mandate,” Greenberg states.

To find out more about Xbox Series X frame-rates, Express Online spoke exclusively to members of Ontario based developer Snowed in Studios.

Fortunately, senior software engineer Jared MacDonald believes that the console is more than capable of achieving 4K at 60FPS.

“With twice the power of the Xbox One X, achieving 4k at 60fps on the new Xbox Series X is definitely achievable,” MacDonald reveals.

“It will be up to game developers to make sure they are using that hardware to its full potential and taking advantage of all the power the Series X has to offer.”

Not only does senior producer Nigel Franks agree that the console is capable of achieving 4K at 60 frames-per-second, but he argues that gaming fans will come to expect it.

“60 FPS at 4K is not only achievable, gamers are going to expect it now that the Xbox One Series X specs show 4K at 60 and up to 120 FPS. Love it. Publishers are already looking at how they can leverage 8K into a competitive advantage, as the new Xbox supports 8K natively,” Franks explains.

“That’s going to result in art and rendering teams paraphrasing the movie line of “We’re gonna need a bigger boat”, as the gaming public will expect to see games in ultra HD when the prices of 8K televisions drop.”

Snowed in Studios software developer and team lead Alexandre Sabourin is perhaps a little more cautious, arguing that while 4K at 60 frames-per-second is achievable, “it will take ingenuity on every side” to achieve.

“It all depends on the developers making the games,” Sabourin explains.

“A recent trend in the industry has been to make use of temporal upsampling to take a lower resolution image and upsampling it to 4K.

“The results can be quite impressive and reduce the overall cost of processing. Is it achievable? Yes. But it will take ingenuity on every side to create a smooth and high resolution experience.”

So there you have it. While 4K at 60 frames-per-second is definitely achievable on Xbox Series X, it might not be standard practice for all developers.

Snowed in Studios has worked on titles such as Deus Ex Human Revolution Director’s Cut, Elder Scrolls Blades and Fallout Shelter for Xbox One. Based in Ontario, they can be found tweeting at @SnowedInStudios.