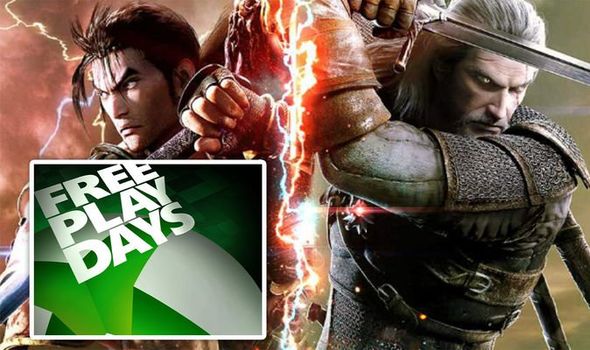 Available to Xbox Live Gold subscribers, Free Play Days gives Xbox One fans the chance to try out a selection of blockbuster games for free.

The free game downloads are only available for a limited time, running from now until 7.59am BST on the morning of June 15.

If you want to continue playing after June 15, then you can purchase the game on a permanent basis for a discounted price.

Best of all, any progress you make during the free weekend will be stored, so you won’t have to start all over again.

This week’s line-up is particularly interesting, as it features one of the best fighting games on Xbox One.

Fans of 3D fighting games can download and play Soulcalibur 6 completely free of charge, or unlock it permanently for just £12.49.

Featuring a fully-fledged story mode, a creation suite and the usual selection of online options, Soulcalibur 6 is currently sitting pretty with a Metacritic score of 84%.

“The stage of history in Soulcalibur VI welcomes you,” reads the official description.

“Experience the latest entry in the premier weapons-based, 3D fighting game series as it continues the epic struggle of warriors searching for the legendary Soul Swords.

“Featuring an exciting roster of long-standing iconic characters, special guest characters such as Geralt of Rivia, and a vast character creator, Soulcalibur VI is sure to ignite the souls of fans, old and new. Select your favorite warrior and claim victory!”

As part of the Free Play Days event, Rainbow Six Siege Deluxe Edition is reduced to just £7.49, while Dead by Daylight costs £9.99.

The Rainbow Six Deluxe Edition contains all maps and game modes, as well as all Year One and Year Two Operators.

Discounts are also available on the Gold Edition and Ultimate Edition, both of which contain additional content.

“A great opportunity for new players to try the game, engage in tense, tactical firefights involving team gameplay with a massive online community.

“With an ever-growing arsenal of gadgets, lead your squad across a variety of destructible environments to secure the win.”

Dead by Daylight, meanwhile, is an asymmetrical multiplayer game featuring a host of famous horror icons.

“Take on the role of the stalker or the prey in the multiplayer horror game, Dead by Daylight: Special Edition,” reads the official description.

“Situational awareness is key for the survivors playing in third-person view, while the killer focuses on their target in first-person mode, all in ever-changing environments.”