Home » News » WotC Previews A Tasha’s Cauldron Of Everything Puzzle

WotC Previews A Tasha’s Cauldron Of Everything Puzzle

As October comes to a close, Wizards of the Coast is taking the chance to build up to new D&D release Tasha’s Cauldron of Everything. Rime of the Frostmaiden campaigns are well underway, Curse of Strahd Revamped is on shelves and changing stereotypes, so now it’s time to turn our attention to the next major book. What better way to do that than to just show us some pages?

Tasha’s Cauldron of Everything is being marketed as a follow-up to Xanathar’s Guide to Everything. That means tons of player customization. We already know that it will have over 20 subclasses and give players a way to generate stats based on backstory. It’ll also have some new spells and magic items to play with. But what hasn’t been outlined so much are tools for Dungeon Masters. Xanathar’s offered different ways to run downtime, but what does Tasha’s offer to DMs?

At previous D&D events, Lead Rules Designer Jeremy Crawford hinted that Tasha’s would offer guidance on puzzles. In fact, the book will include entire puzzles that DMs can just copy and paste into their own campaigns. Now we have an example of one called “Display of Daggers.” 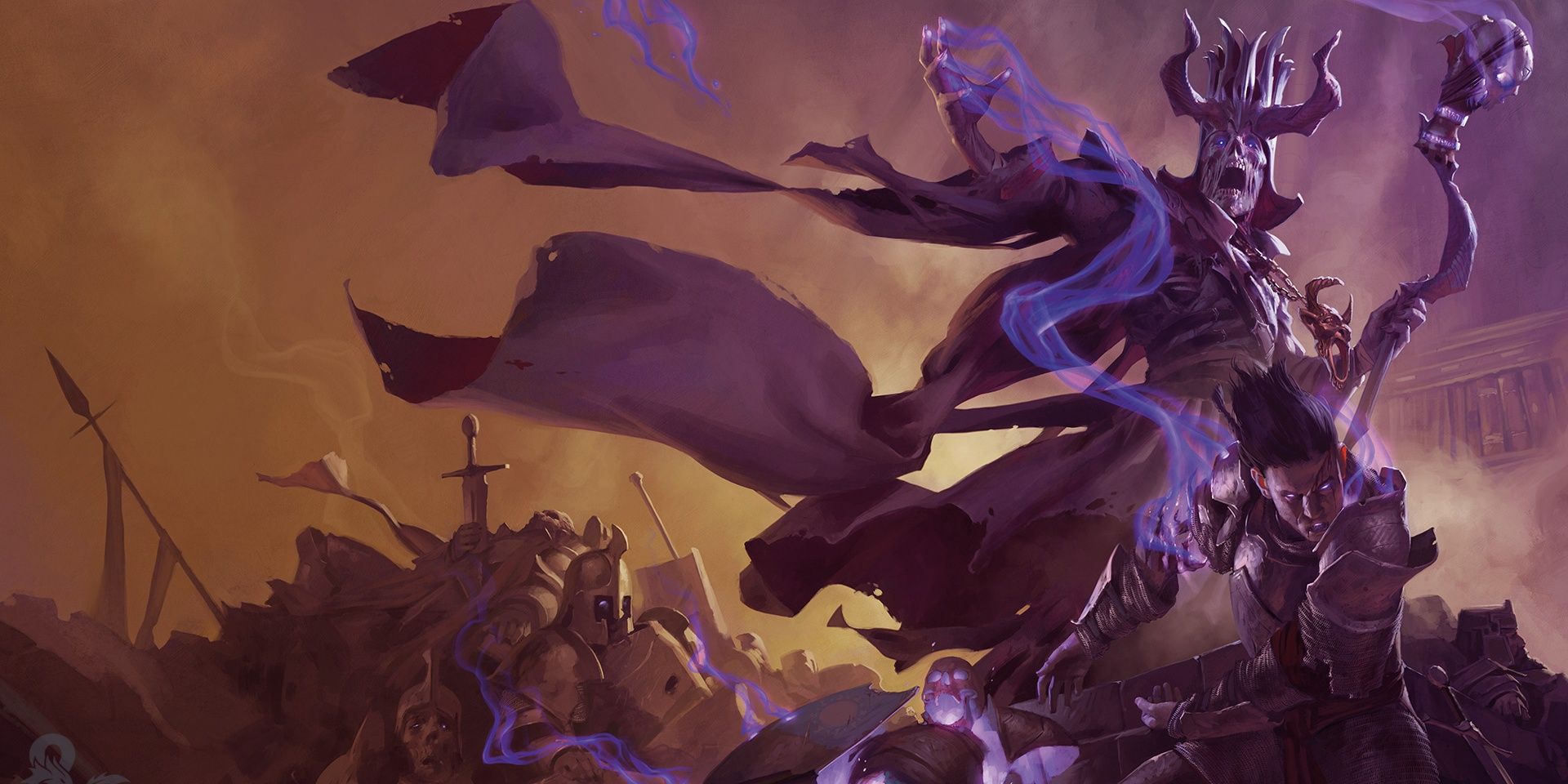 Spoiler Warning, of course, if you’re mostly a D&D player. You don’t want to accidentally ruin your DM’s use of this puzzle.

The preview of Display of Daggers can be found here. In it, the player party finally gets an appointment with a skilled dwarven blacksmith. Only they arrive to find him dead. They could call the authorities, but they’d probably be accused of murder. The only solution is to solve the mystery themselves. They’re presented with swords hung on the wall, the dwarf’s altar to his god, his pet bird, and daggers everywhere. The key to solving the puzzle involves using the dwarf’s notes to unlock a magic sword that’s storing his soul. The players do this by spelling out a coded message using the daggers.

It’s worth noting that the puzzle gets a “medium” difficulty from the writers. This implies other puzzles of varying difficulties will show up in Tasha’s. There’s also a “hints” section so that DMs can push players in the right direction using ability checks. Finally, there’s also a bit on “customizing” the puzzle that gives guidance on making it longer by requiring more information gathering through social checks. Overall it’s a great showing for Tasha’s, and hopefully points to a useful bundle of interesting puzzles.

Tasha’s Cauldron of Everything releases on November 17, 2020.