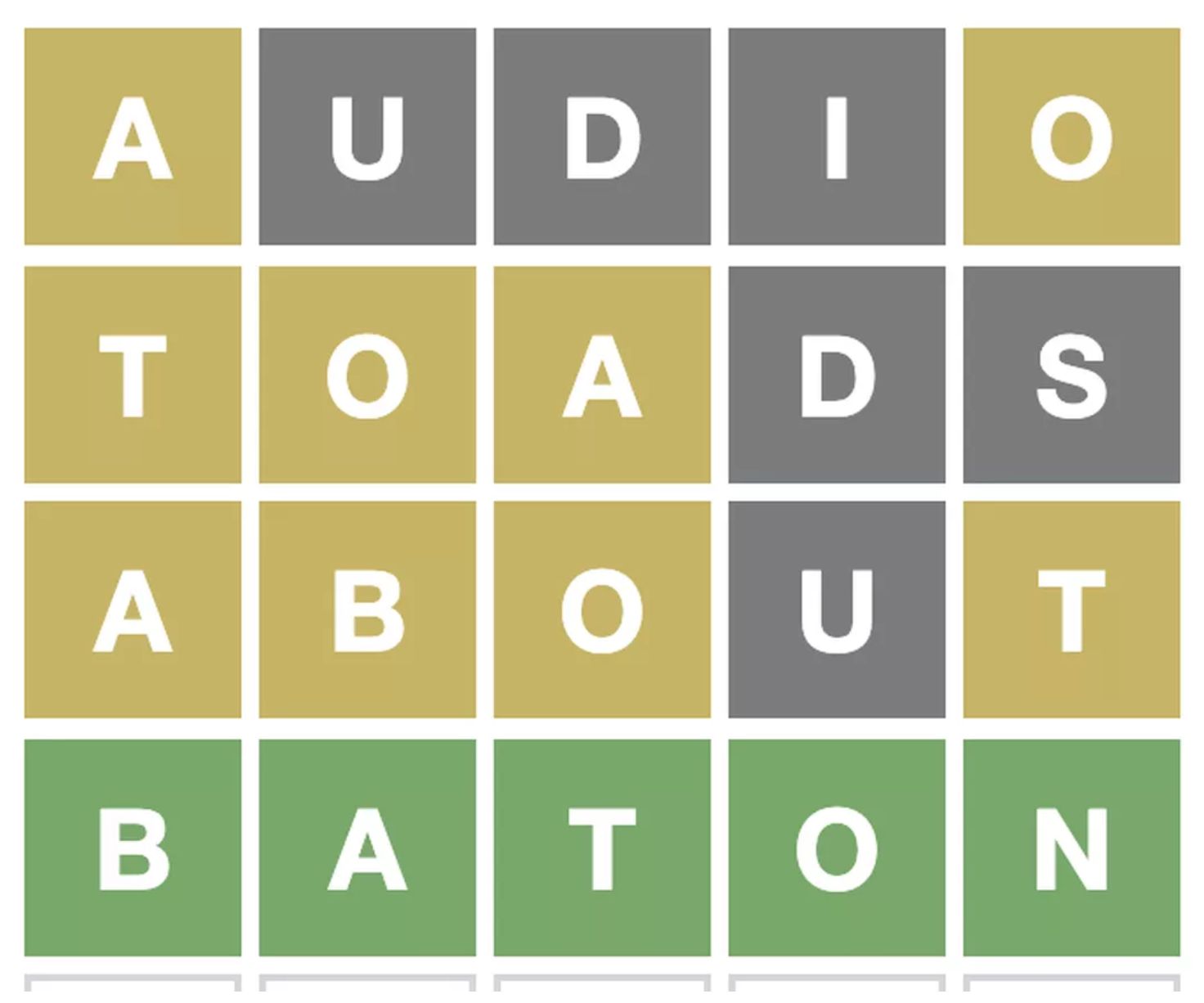 Most people need at least four tries to beat Wordle but the odds of getting it right first time aren’t as high as you might think.

Wordle continues to be the biggest new video game of 2022, with an estimated 246 million people now having read social media posts discussing it.

The number of daily players is estimated at around 300,000 but surprisingly there’s a lot more men than women, at 63% to 37% in the top 10 playing countries.

The most surprising statistic though is how many get the word right on the first try, given there’s roughly 158,000 five-letter words in the English dictionary. Which suggests a lot of people are cheating.

A study of online posts about Wordle by Onlineslots.com shows that around a quarter of players need at least four tries to get a word right, although as tips and tricks for solving the puzzles become more widely known people are getting quicker at it.

Since there are no clues when you start, getting the word right on the first try is really just a matter of luck… or cheating. As pointless as it may seem to just look up today’s word there’s not really any other explanation for how many people are getting it right first time.

British creator Josh Wardle has already said that not all possible five-letter words are included, so at the moment Wordle has enough left to run for around seven years without repeating itself.

Whether the game is still being played by that time remains to be seen but at the moment its popularity is still growing, even if the lack of a dedicated mobile app may limit its overall growth.