Why the Dungeons & Dragons $637 digital collection costs that much

In 2017 I did a story for Polygon about D&D Beyond, the official digital toolset for Dungeons & Dragons. It’s a web-based portal and a smartphone app. It includes a character generator and a digital character sheet, and gives players access to the same materials that show up in publisher Wizards of the Coast’s printed books. To research that article, developers gave me unfettered access to all of D&D Beyond’s content. I’ve used it for years now, both to cover the original role-playing game for work and to act as Dungeon Master in my own personal games. But, I had no idea what access to all that content actually cost consumers: $637.19 to date.

That’s the price for D&D Beyond’s Legendary Bundle, as it’s called. It includes access to all of the sourcebooks, campaign modules, and individual adventures published so far in digital format — more than 30 titles in all. It sounds like a lot, but it’s actually a significant discount off the cover price of those same books. For the price you also get 15% off anything that comes next — including the upcoming Magic: The Gathering crossover Mythic Odysseys of Theros and the Critical Role-themed Explorer’s Guide to Wildemount. That’s enough content to fuel multiple D&D campaigns for many, many years.

There’s smaller bundles, in the $300 range, that will give you access to core rulebooks and campaign books. But even those packages feel like overkill.

Most consumers likely aren’t paying $600-plus for D&D Beyond. They’re paying $29.99 for the Player’s Handbook alone. Dungeon Masters might pick up a campaign or two to have easy access to the information they need to run a game on the fly, plus a subscription to allow them to share that information with their players. The price-per-digital-book in D&D Beyond is pretty much the same across all of the officially-licensed platforms Wizards has formed partnerships with over the last few years. That includes digital tabletops like Fantasy Grounds and the Roll20 platform.

But I buy lots of digital books online, and I’m used to paying less than the retail cost of a physical book. So why do these digital products cost as much as their physical counterparts? As the executive producer of Dungeons & Dragons Ray Winninger puts it, it’s because they’re fundamentally different products.

“I’d argue that, while there is certainly overlap, the physical copy of the Player’s Handbook that you purchase at your local game store and the digital copy you purchase at D&D Beyond provide very different experiences,” Winninger said in an email interview with Polygon. “Each has advantages the other doesn’t, and our players tend to use them in different ways.”

Winninger points out that people buy the physical D&D books even if they’re not playing the game. That sort of consumer has caused Wizards to change how it produces its sourcebooks, making them more readable than ever before. On the other side of the coin, D&D Beyond’s app has very different functionality compared to a book, including the aforementioned character builder, searchable text, and the ability to create and organize bookmarks. I’ve used all of these features quite a bit. They allow me to have easy access to my player’s character sheets, and tend to speed up games by solving rules disputes quickly.

My experience at the tabletop is better with these digital tools, but I’m not eager to effectively buy the same content twice to get access to them. In my experience D&D Beyond is a supplementary tool. My work as a DM still begins and ends with the physical books. That’s what I use to plan my adventures from week to week, and where I go to find the main story beats in my ongoing campaign of Curse of Strahd. If I need to, I can take down some notes in a journal. That makes the app a luxury for me, while the books are a necessity.

Turns out I’m not alone. Many players are still defaulting to physical books. Wizards is even expanding its presence outside of book stores and hobby shops, showing up in places like Target and Walmart. In fact, Winninger says that physical product still accounts for most of Wizard’s income. 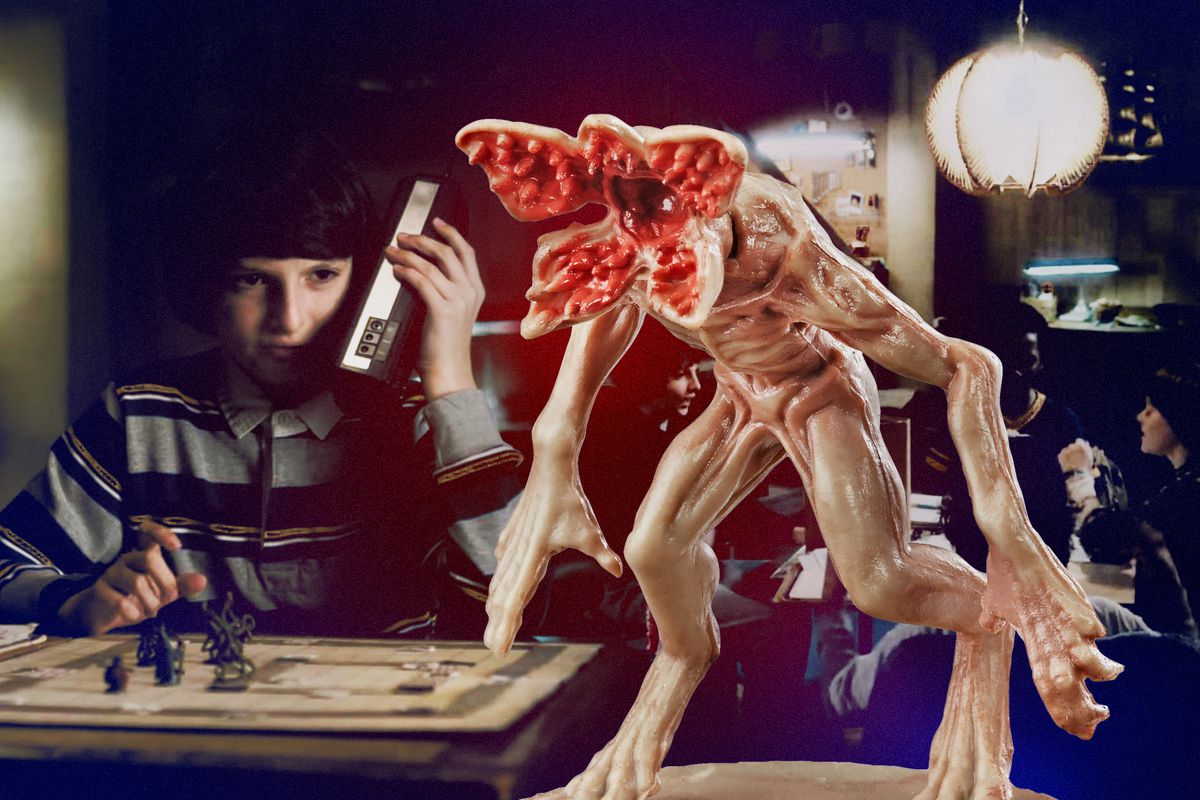 “While some of our digital offerings — like Magic: The Gathering Arena — are very successful, sales of physical games, books, and cards still account for the lion’s share of Wizards’ revenue and profit,” Winninger said. “That’s certainly true for D&D; game books and boxed sets (like the Starter Set and Essentials Kit) remain our bread-and-butter.”

But the way these digital products are being sold is evolving. Wizards did something unusual when it released the Essentials Kit last year. It put a code inside to unlock that boxed set’s adventure, Dragon of Icespire Peak, on D&D Beyond. Magic similarly has begun to put codes for Magic: The Gathering Arena inside its 60-card Planeswalker packs, allowing consumers access to those same physical cards online.

Why not tie physical copies of the Player’s Handbook, the Dungeon Master’s Guide, and the Monster Manual to a digital format as well? Winninger says it’s something that his group is considering.

“I spent many years working on Dungeons & Dragons and many more years leading software development teams at companies like Microsoft and Amazon,” Winninger said. He also served as executive producer, technical strategist, and product owner for companies like Viacom and Palm Computing. “I’m convinced that digital tools will change the way many of us play D&D and, as you note, we’re already seeing some of that with D&D Beyond. We’re discussing various ways to link our physical D&D products with digital counterparts, and you’re likely to see more of that in the future.”

You can learn more about D&D Beyond at its official website. That’s also where you can start up a free trial of its online toolset, or just enjoy access to the D&D System Reference Document (SRD), which includes a subset of classes and races as well as basic rules for how to play.