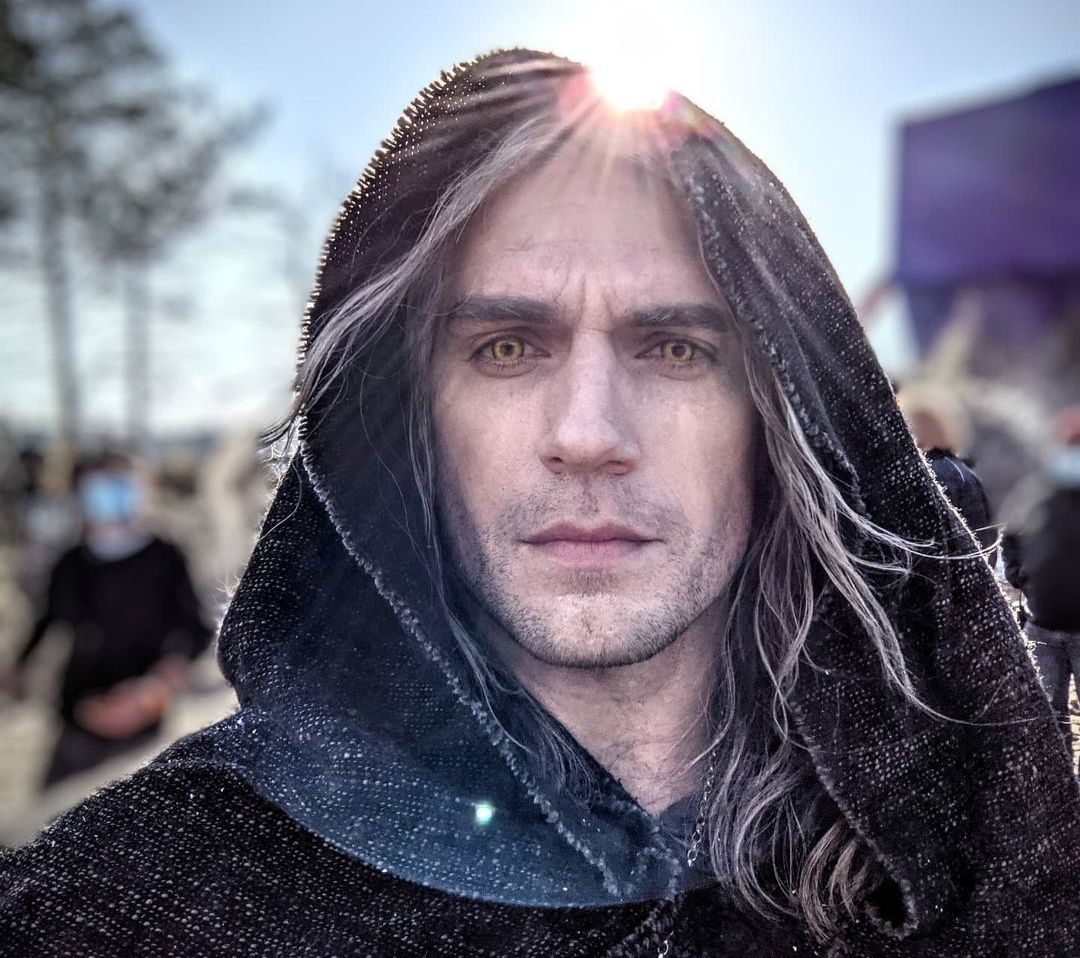 The Witcher star Henry Cavill has been talking a lot about Warhammer 40,000 lately but what is it and why is it considered so nerdy?

Henry Cavill is best known for playing Superman, and more recently Geralt from The Witcher, but he caused quite a stir recently, when he corrected Graham Norton on the difference between Warcraft and Warhammer, when he appeared on his show in December. While it was all in good fun, it highlighted the general public’s gap in knowledge when it comes to gaming miniatures and the hobbies that surround them.

Cavill has made it clear he has no shame of his nerdy hobby (he also builds his own gaming PCs) and made a point of trying to engage his fans in an Instagram post to explain what he’d been up to during lockdown. So now that there’s a bona fide superstar involved is it finally cool to say you play wargames?

‘One of my almost lifelong hobbies, that I’ve been following but not actively doing, is this. A company called Games Workshop… or plastic crack as ‘we’ call it,’ he wrote in a post showcasing an Adeptus Custodes helmet he was painting. ‘If you were in denial about me being a geek before, you can’t hide from it now.’

Over the last 45 years, Games Workshop has inspired a cult like following, with the tabletop games Warhammer (the Tolkien-esque fantasy one) and Warhammer 40,000 (the sci-fi one), and a vast array of other tabletop games, role-playing games, novels, and licensed video games.

As a British company, Warhammer’s roots stem from the tradition of Airfix plastic model kits, where you would have to glue pieces of an aircraft, or whatever, together and then paint them. Originally Games Workshop miniatures were made of lead but for obvious safety reasons are now made from plastic.

Wargaming is a part of every great civilisation, and recently someone even found an Egyptian D20 dice. One of the first ever modern wargames was codified by War of the Worlds writer H. G. Wells, in 1913’s Little Wars, and so for a long time wargames have been associated with recreating historical campaigns, from the Napoleonic Wars to the Second World War.

Warhammer is the most recognisable and financially successful franchise in the wargaming world. There’s a running joke that Games Workshop is single handily supporting the UK economy during the pandemic, with sales rising by a third to an astonishing £350 million.

That’s in part because Warhammer is not a cheap hobby and it’s easy to spend £100 on each of the new box sets that come out almost monthly, and that’s without considering additional financial layouts for paints, brushes, glue, and scenery. But this is nothing compared to the time commitment, as for every army that gets to the light of the tabletop there’s 20 stacked unpainted on a shelf.

You have to wonder though, considering his star status and social circle who does Cavill play Warhammer with? We suspect that he is primarily one of the painting community, which tends to be much more diverse and inclusive than the gaming community, which can be quite intimidating to break into as a new player. But then again, maybe Simon Pegg and Tom Cruise pop round to his house at the weekend for a game of Blood Bowl? Much stranger things have happened in Hollywood.

If you’ve walked past a Warhammer store and been intrigued by the impressive miniature landscapes, and battlegrounds populated with armies of orcs, elves, and humans, hopefully Cavill has made it all seem a little less intimidating.

Warhammer is becoming more accessible, as rules are constantly updated and more skirmish games – which tend to be quicker and easier to play – are released. Games such as Kill Team, Blood Bowl, and War Cry are smaller scale and don’t need you to spend £500 to start playing a game, or anything close to that.

Cavill tends to favour Warhammer 40,000 over the fantasy setting. The iconic miniature of this game is the Space Marine and these troops come in many flavours, such as White Scars and Raven Guard – all with different stats and abilities (video game Space Marine 2 was announced just the other day).

There’s also space elves called Eldar and units of space Orks, riding armoured squigs, who prove in space there’s definitely strength in numbers. Although oddly there’s never been any suggestion that 40,000 is the same world as the fantasy game, just in the future. Either way, it’d be great to see Cavill try to paint a heavily armoured Adeptus Titanicus, which would take him absolutely ages.

It seems Warhammer is often on Cavill’s mind, as recently at Witchercon – a digital celebration of all things Geralt put on by Netflix and CD Projekt Red – he mused how the sets of Witcher 2 remined him of the massive Blackstone Fortresses from Warhammer 40,000, which are massive spaceships used by the Imperium of Man.

What most of the recent publicity surrounding Warhammer tends to miss is that the brand is just the tip of a more inclusive miniatures gaming community, that consistently introduces new rules and figures. The general public has always been uncomfortable with the nerdiness of miniature gaming and only a small percentage of people actually play Warhammer, even compared to the number that enjoy painting the models and books from The Black Library.

Apart from the general nerdiness there is also the fact that in 40,000 in particular, there are no good guys. The game has its origins in 80s Thatcherite Britain and, much like contemporary Judge Dredd stories, the infamously grim setting was always intended as a satire – even if that’s become less obvious as the years have gone by.

There’s plenty of chat on certain subreddits that one day Henry Cavill could be cast as the Emperor of Mankind in a Warhammer 40,000 small screen offering but there’s no actual proof that anything like that is happening (his next rumoured role is actually in a Mass Effect TV adaptation).

With his obvious talent for modelling, it’s a shame Knight Models hasn’t seen fit to recruit Cavill to paint himself as Superman in their DC Universe miniatures game. Even without that, he seems desperate to champion Warhammer, and wargaming in general, so more power to him and the people he helps to inspire.