Home » News » What Each Weapon Color Means In Call Of Duty: Warzone

What Each Weapon Color Means In Call Of Duty: Warzone

Here’s everything you need to know about Warzone‘s rarities so you can easily choose what to pick up and what to leave behind.

Call of Duty has waded into what is already an incredibly crowded battle royale arena with its latest addition, Warzone. Although it has been treated like a standalone title by Infinity Ward, Warzone is technically an add-on for Modern Warfare. However, Warzone is still free and available to anyone and everyone and buying Modern Warfare in order to play it isn’t necessary.

As with any battle royale game, the first few times players land on Warzone‘s map can be pretty daunting. That might be the case whether players are CoD stalwarts or not. This is something completely new to the franchise after all. Take the various weapon rarities, for example. Knowing what they are and what they mean is key, and could be the difference between success and failure.

There are six different weapon colors/rarities in Warzone and knowing what they all mean will determine whether or not certain weapons are worth your time. White weapons are common. They come with no attachments and should only be picked up in dire situations, such as at the start of a round when a player has nothing else. Uncommon weapons, which glow green, aren’t much better and come with one attachment. 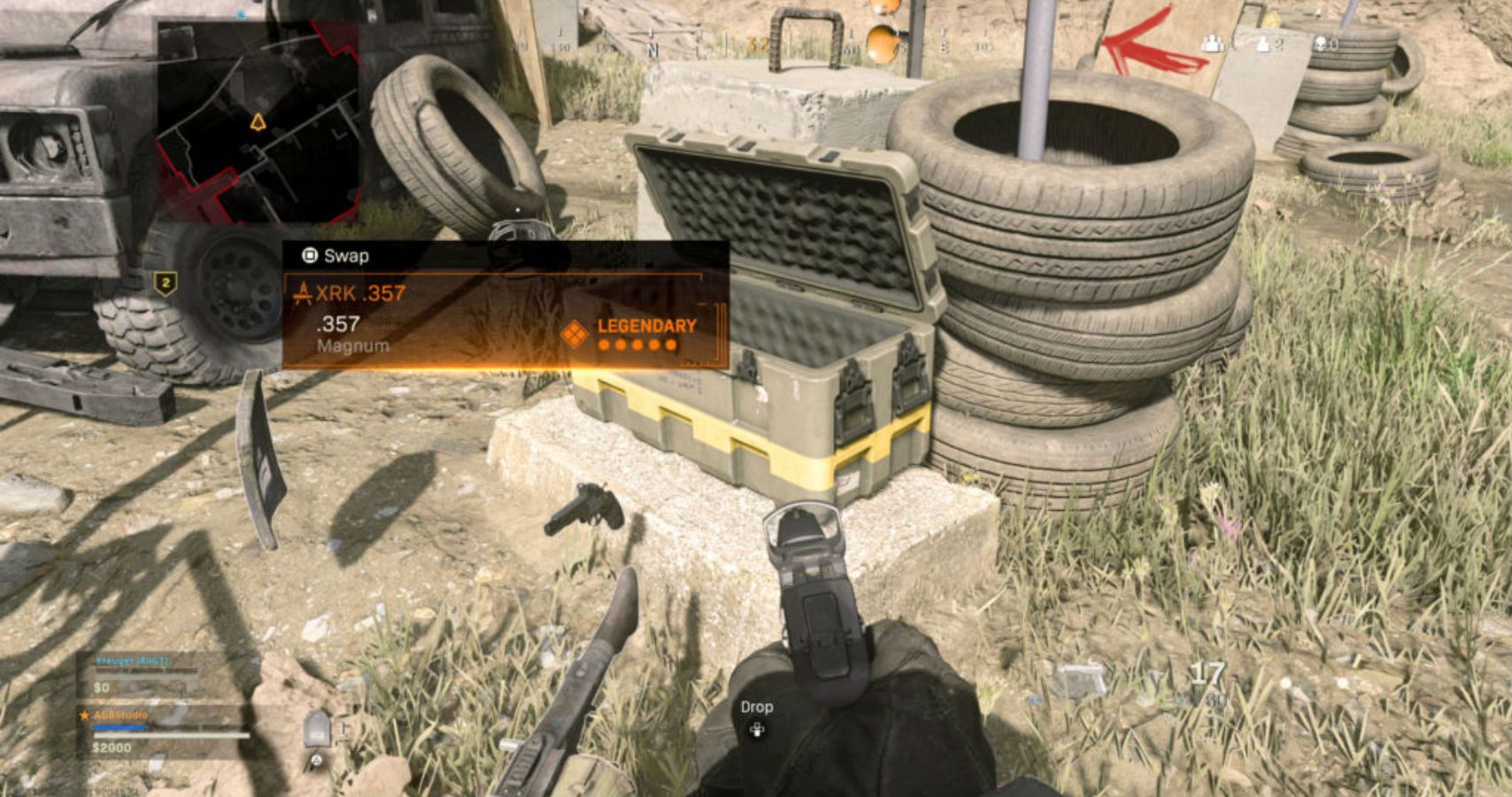 Moving on up the pecking order we have rare weapons which will glow blue. Regular CoD players might be more familiar with these as they come with three attachments, similar to the blueprint for weapons in Modern Warfare‘s regular multiplayer mode. It’s the top two tiers where we get into some serious firepower. Epic weapons will have a purple hue and have four attachments, including better scopes and better grips.

Then there are the appropriately colored gold weapons. Five attachments and the only weapons on the map as good as what players will have equipped for themselves in their own loadouts. Speaking of which, the sixth and final color to keep an eye out for is pink. Weapons with a pink glow are ones from rivals’ loadouts that have been dropped. These are effectively a lottery. They could be the best thing available at that moment, or not even worth a second look.