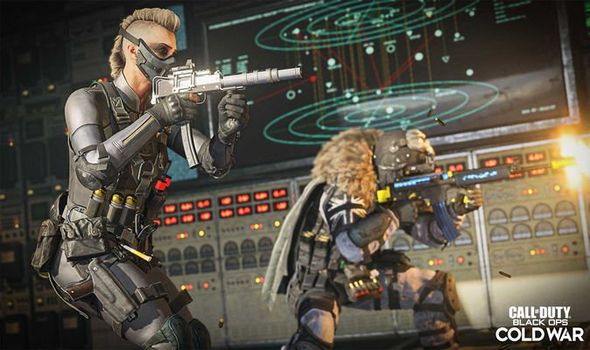 Gamers downloading and playing the latest Call of Duty Warzone update will find a serious tweak made to Season 5.

While the new Call of Duty patch notes remain almost non-existent for the new release, Raven Software has kept gamers informed about one notable tweak.

While fans struggle to find a complete list of all the new bug fixes and features, the Warzone team has confirmed the return of loadout editing.

The Pre-Match game in Warzone doesn’t provide much in the way of a warm-up for those who have been playing for a long time.

They usually last a concise period and drop you into a part of the map with a random setup.

However, there was a point in time that allowed gamers to use this warm-up period to tinker with their loadouts in Warzone.

And while we don’t have a huge list of patch notes to go through for today’s Warzone 1.41 update, we do have the confirmation that this option has returned.

Raven Software revealed as much on Twitter, telling fans: “As some of you have noticed, mid-match Loadout editing has been reenabled for #Warzone pre-match lobby, Plunder, and #ModernWarfare multiplayer.”

As noted above, this new patch also restores the same features to Call of Duty: Modern Warfare.

The patch itself is quite small and should require less than 1GB to download and install over most platforms.

There’s also a good chance that other tweaks and changes have been made today as part of the new update, but we won’t know more until Activision shares patch notes, or gamers discover it by themselves.

And for gamers just starting out on their Warzone journey, here is what a loadout drop is and how to use it in Battle Royale:

“Loadout Drop Markers are your main way of calling in Loadout Drops. These can be purchased at any Buy Station for a few thousand cash. There are also two Loadout Drops that will drop during the match – one within the first two circle collapses and one in the late-game – that anyone can grab.

“Loadout Drops do come with some pomp and circumstance as they arrive; other players will be able to see smoke and the helicopter drop in the package, turning that immediate area into dangerous territory. It may be wise to scout ahead before and while your Loadout Drop arrives, as you may not be the only one looking for a serious loadout upgrade.

“Once you arrive at a Loadout Drop (and no matter who has requested the Loadout Drop), interacting with it will open a menu where you can choose between your custom Loadouts, as well as some Default ones. After choosing a Loadout, the weapons and equipment you currently are carrying will be dropped in front of the package, allowing you or your squad-mates to pick them up like normal loot. Meanwhile, you are automatically equipped with the Loadout you chose.”