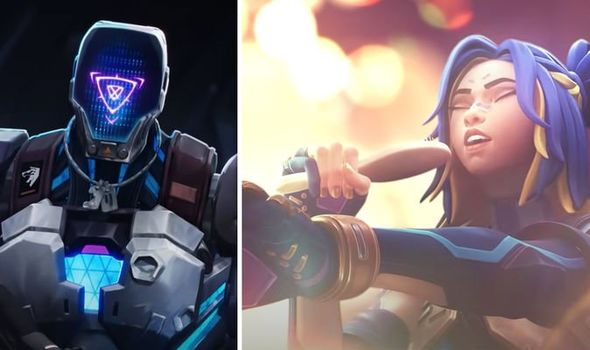 Valorant update 4.0 adds a brand new character named Neon, as well as a new Battle Pass and skinline. You can read all about the new additions at this link.

Needless to say, the update also makes big changes to some of the game’s weapons, including the Spectre, Ares and Guardian.

The Spectre, for example, has been tweaked to reduce effectiveness during long range encounters.

Elsewhere, the firing rate of the Ares has been increased, while the spin up has been removed.

The Bulldog, meanwhile, is more appealing thanks to its increased versatility. Changes include increased hip fire rate and faster recovery speed.

Needless to say, Riot Games has made various map improvements, specifically on Bind and Breeze.

Finally, accounts that have yet to play in Ranked are now required to reach account level 20 in order to play competitively.

That’s unless you’ve already competed in a competitive game prior to levelling up. The full patch notes can be seen below.

• The melee’s been too tricky to aim with, making it tough to rely on. So we’ve updated both left and right click melee attacks for more reliable Agent-whacking action.

• Targets closer to the center of your knife attacks will get hit first, so you still have precision if you need it.

• Bonus: Knifing walls now have instant feedback when slicing up walls (predicted on the client side)

• The Spectre’s versatility makes us happy, but it was over-performing in long range engagements and was too powerful even within its intended close range and mobile scenarios.

• By making the accuracy error come in a bit earlier and switching yaws more often, we hope it will make it more difficult to get kills when spraying over a long range.

• Likewise, the close range sprays will require more control to be effective.

• Increased pitch and yaw (vertical and horizontal) recoil multipliers when running/jumping/on ascender from 1.25 >>> 1.5

• While spraying, the time you have until you could switch yaws (horizontal movement) again is lower, meaning it can happen more often

• Alongside changes to the Spectre, we hope to improve the feel and power of the Ares and take it out of the shadow of other weapons in its price tier.

• The Guardian didn’t need the fire rate penalty compared to its fully-automatic counterparts, so we’re removing it.

• Adding another bullet before it starts to get unstable should make the weapon feel much more proficient at tapping shots, and improve its overall effectiveness in a fight.

• Added an extra bullet before it enters a recovery curve

• We’re giving the Bulldog some love to help make it feel like a better buy in those situations when you might need a cheaper but versatile rifle option.

• Inaccuracy is accrued any time the weapon is re-fired prior to a complete duration of a weapon’s respective Gun Recovery Time. Lower recovery time should improve burst fire efficiency.

• The double stack of cover at short A has been changed to remove a very powerful one-way smoke location that made the area a little too difficult for Attackers to approach.

• Sentinels will still be able to clog the space, but the new layout should open a few options for attackers pushing in.

• There’s also a small, new bench for a mix up when taking that first peek.

Elden Ring is the new open-world fantasy adventure from the makers of Dark Souls.

Elden Ring is the new open-world fantasy adventure from the makers of Dark Souls.