Undertale: How To Beat Undyne

Undyne is the leader of the Royal Guards who protects the Underground. She is a student of King Asgore and has taken it upon herself to get the last soul and present it to Asgore. Undyne is one of the stronger bosses you face in Undertale and is also one of the few bosses that have a different battle in Genocide Route. Defeating her is compulsory to move forward in the game.

Undyne makes use of different spear combinations of attacks to beat her opponent. She also has the ability to change the protagonist's Soul mode into Green Soul. Both phases have a different set of attacks. Before facing her in Waterfalls, you will have to complete an extensive escape sequence to reach the cave where the battle begins. In Undertale, there are three routes a person can follow, each giving off a different ending and unique encounters with bosses. Below are strategies and ways on how to defeat Undyne on all routes. 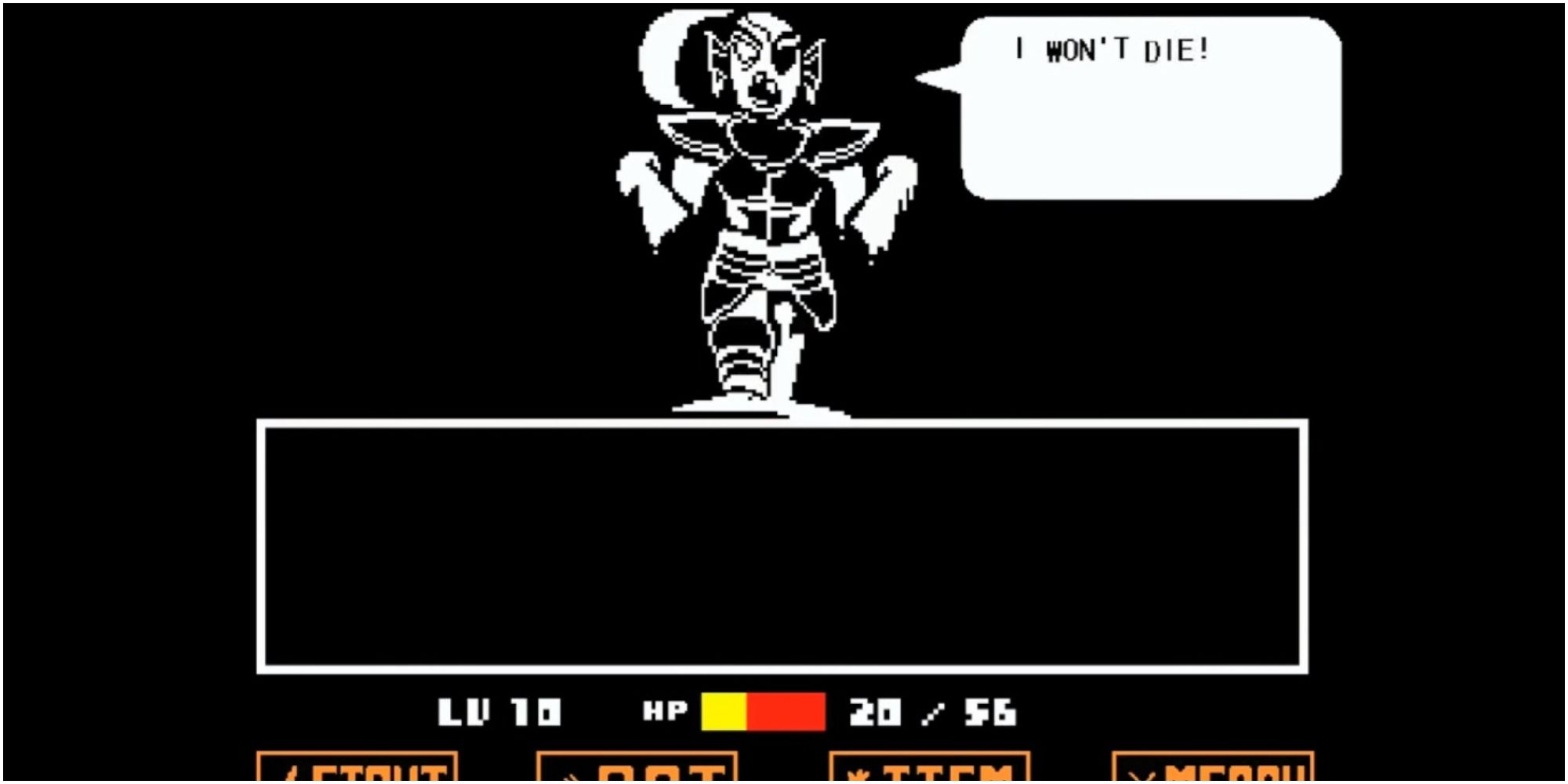 She can alternate between swift and very slow arrows and arrows that flip directions when they are close to the soul. These do five damage per hit, so make sure you do not get by multiple in one turn.

Dodging the arrows is not hard, but you will have to keep your focus. Ballet Shoes is not a bad option as you get three bars when attacking Undyne. Landing them all in the middle will yield the highest damage output.

The first method is to "Fight" her whenever it is your turn. After Undyne's health bar runs out, she will admire you for being strong but will not give up due to her determination. Her attacks will get slower again and again until she fades away as dust. Most of her attacks in Neutral Route are telegraphed slow so getting used to them is easy. Doing this will maintain your Neutral Route, and you can move on to Hotlands.

The other way of facing Undyne is by Fleeing in the Red Soul phase. By pressing the Flee button in the Mercy Tab, you will get a few seconds to run into the cave and go further until she catches you. The fight will resume, and you will not be able to escape until the next Red Soul phase. After escaping multiple times, you will reach Sans sleeping at a checkpoint and ahead of you a bridge. After crossing the bridge, Undyne will stop chasing you because of the heat of her armor and fall. 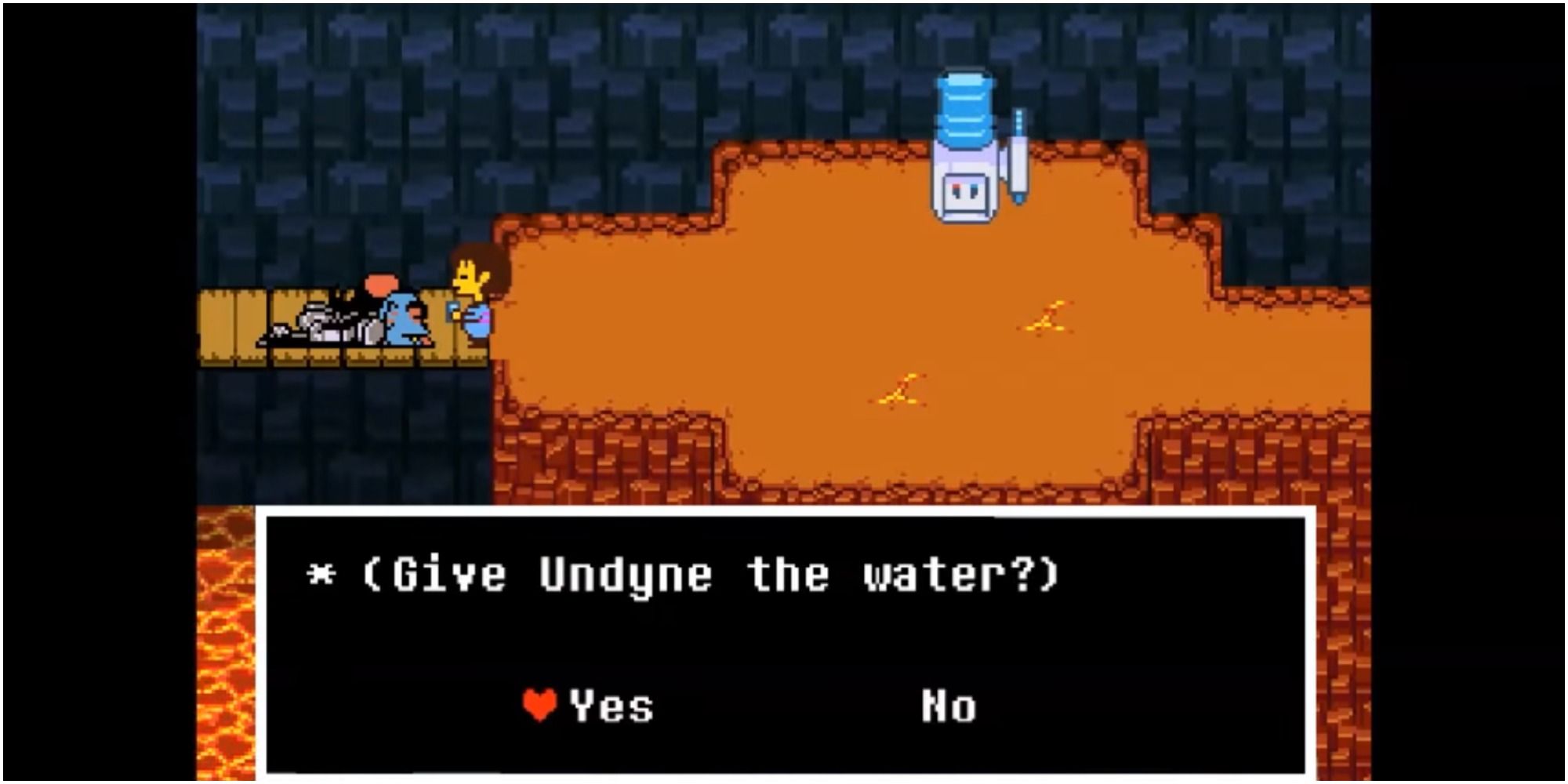 After escaping Undyne, you will have two options in the True Pacifist Route. You can bring a cup of water to Undyne so that she gets up and will leave immediately. The other option is to go ahead into the Hotlands area. 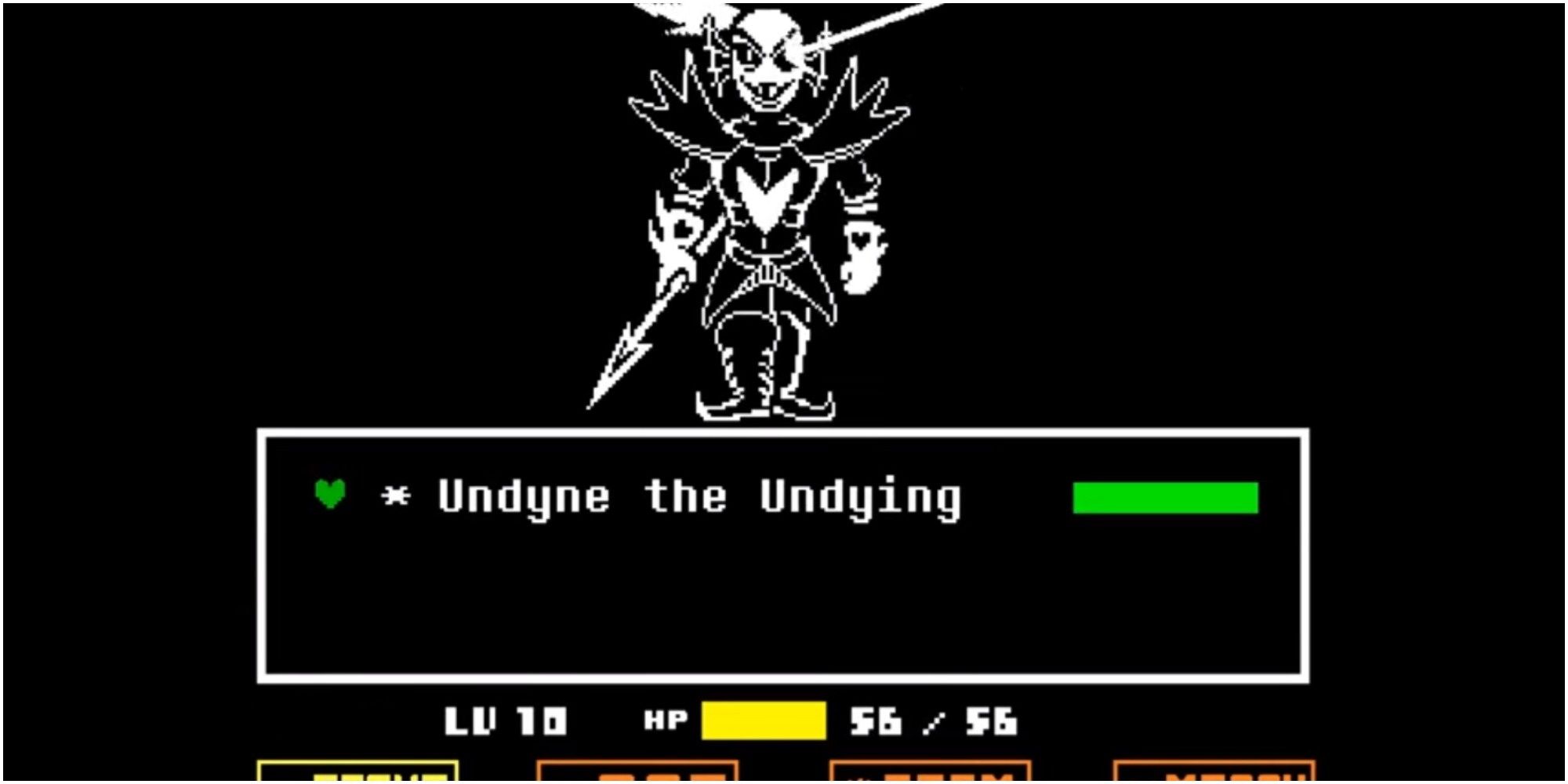 In the Genocide Route, you will not face Undyne the usual way. After killing all the Monsters in Ruins, Snowdin, and Waterfall, you will come near the cave where you fight Undyne in the Neutral Route. You will encounter the Monster Kid, who will try to stop you from facing off against Undyne.

Here you will have the option to "Fight" him and continue the Genocide Route or Spare him and switch to Neutral Route. If you strike him, Undyne will come forward and take the hit and tell the Monster Kid to run away. Undyne, as she is dying, will get back up and face you again so that she can protect those dear to her.

Once the fight starts, you will notice her name change to "Undyne the Undying." Her attacks will be more fierce and faster. All attacks will deal 8-12 damage, and keeping track can be challenging in some situations. In the Red Soul phase, Undyne will throw arrows at you relentlessly.

Staying near the walls is a good strategy here as that will help you avoid most to all of them. In the Green Soul phase, she will use more flip arrows, so you will have to get used to them and try a few times before you get the hang of blocking them quickly.