Video game developer Team ADOM and publisher Assemble Entertainment (Endzone, Encodya) recently announced their video game collaboration, Ultimate ADOM – Caverns of Chaos, will be launching as an orderly Steam Early Access phase on February 11, 2021. The announcement is accompanied by an Announcement Trailer and a Steam page for all your following and wishlisting needs.

The original ADOM (Ancient Domains of Mystery) released way back in 1994 in ASCII, and was graphically updated in 2012. This version is currently available on both Steam ($11.99), and GOG ($14.99). The ADOM website also offers a free classic version to download in both graphical and ASCII modes.

Ultimate ADOM – Caverns of Chaos is the sequel to the original, and includes many of the same quality of life features as the original, such as a huge selection of player classes, races, and genders, proper roguelike procedurally generated dungeons, creatures, loot, and the ability to play with full graphics (with a 3D / top-down toggle), or in traditional ASCII. It includes the original game as its backstory, and seemingly picks up where it left off. You roleplay as a hero of Ancardia, a land that was saved many years ago when the villain Andor Drakon was defeated. Peace has returned to the land, but in the aftermath, seven factions now struggle with each other for control. Meanwhile, Chaos stirs deep within a mountain cavern, and it’s your task to venture down to defeat it before it threatens all of Ancardia.

In Ultimate ADOM, you can customize your character from a selection of six genders (male, female, both, neuter, non-binary, tentacled), four races, four classes (adventurer, archer, fighter, wizard), and seven Factions (Brannalbin, Church of the Eternal Sun, Gilah Nan’Dramoth, Nesera, Rolf – Last Dwarven Emperor, The Legions of Andor Drakon, and The Mad Minstrel). You can also further specialize your character through over 80 skills trees, with dozens of secret skills waiting to be unlocked. Magic-wise, you can choose from a vast selection of specialized magic schools that offer over 100 spells to choose from. Additionally, you can even put the severed limbs of your enemies to good use by grafting them to your body, a very unique gameplay feature, indeed. 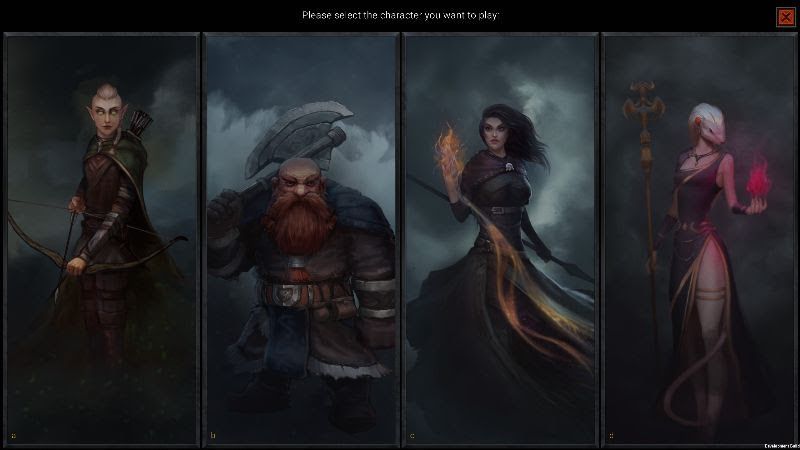 Ultimate ADOM – Caverns of Chaos will be available on Steam Early Access for Windows PC, Mac, and Linux.