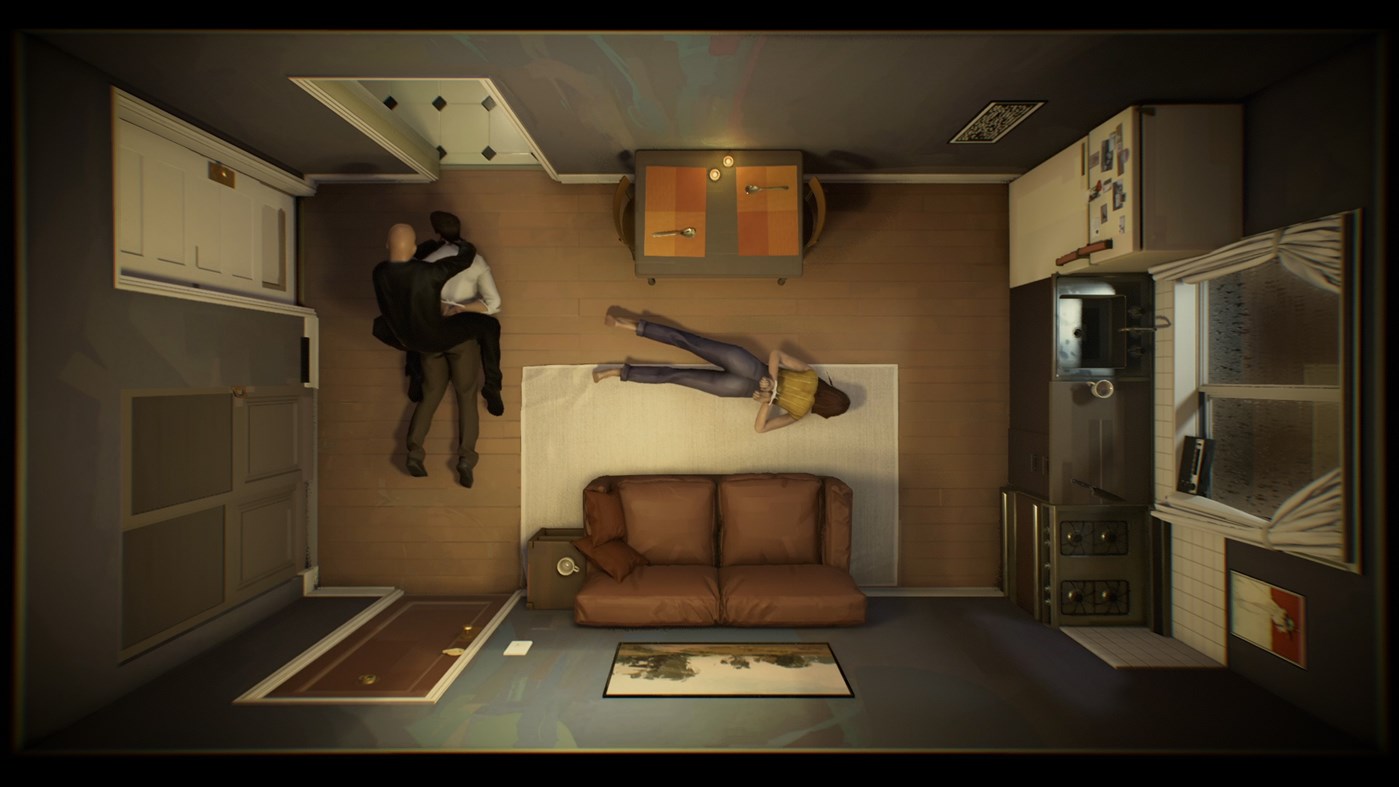 Daisy Ridley and Willem Defoe star in a new indie game that plays like Groundhog Day as directed by Alfred Hitchcock.

Time loops are having a bit of a cultural moment right now. On TV there’s The Map of Tiny Perfect Things, Free Guy has just arrived in cinemas, and Deathloop is due out for PC and PlayStation 5 next month – and that’s just the most recent examples. It feels as though everywhere you look, protagonists are getting stuck in ever more nightmarish reinventions of Groundhog Day.

Enter Twelve Minutes, a game that takes place in a single scene, but one repeated over and over and over again. Your character arrives home, greets his wife and sits down for a late pudding, before being interrupted by a homicidal police officer accusing the wife of murder and searching for her long dead father’s pocket watch. Beaten senseless by the cop, you instantly reappear back at the front door, having just arrived home. From this tightly confined sequence of events, your job is work out what’s going on, and find a way out of it.

Viewed from directly above, you see your character walking about, moving between rooms and interacting with objects. Initially there seem to be very few things you can actually do. You can sit on the chairs at the table, flick light switches to illuminate or darken rooms, open the cloakroom cupboard or the medicine cabinet in the bathroom, and find your wife’s freshly prepared puddings in the fridge. None of those is an immediately promising lead in a near-decade old murder enquiry.

You soon discover that as well as interacting with objects, you can combine them. The empty mug on the side table can be filled with water from the sink, you can use your house keys to unscrew the central heating vent in the bedroom or swipe the knife from the countertop to try and saw through the zip cuffs the cop will restrain you with in many of the different ways the scenario can unravel. You can also flush the fake candles from the table down the toilet. The question is, how is any of those things useful?

Naturally some of them aren’t, or at least they only become useful at certain moments and when specific conditions are met. At those times using the right prop in the right way can winkle out a fresh plot point or dialogue option. Knowledge you gain from past time loops carries forward, so you can speak to characters about things you couldn’t possibly know about them, but which you gleaned from previous runs.

Sometimes those revelations only cause more trouble, but timed right, and with the right props in play, you can leverage things to uncover new information; your gradual work of trial, error, and logical deduction leading you further down the rabbit hole of your wife’s apparent indiscretion, and why the aggressive policeman wants her father’s watch so much. As the plot unfolds and you delve deeper, each character becomes a lot more sympathetic than you might initially think.

In development since 2015, but by a very small team, Twelve Minutes employs an all-star cast. James McAvoy plays the husband, Daisy Ridley his wife, and Willem Defoe is the murderous copper coming to get them. The standard of the voice acting is just as outstanding as you’d expect, helping to mitigate the endless repetition and tight confines of both the space and the action.

It’s still very much an indie production though, its rough edges popping up in occasional crashes to the home screen, or characters locking up, forcing you to restart the game. There are also moments where the game’s artificial intelligence can’t keep pace with events, so when your wife comes out of the bathroom to find you standing in the coat cupboard using her mobile to tell a stranger that you think she secretly murdered her own father, her response is to give you a kiss on the cheek and tell you she didn’t hear you come in.

The viewpoint also causes problems, most notable of which is the dehumanising of its characters. Seen from above, you don’t know what anyone looks like unless they’re lying supine; you can’t see facial expressions and can only really pick up more expansive physical gestures. It doesn’t diminish the mystery, but it does leave you feeling emotionally distanced from its protagonists.

Despite its low budget roots, the game is certainly not lacking in detail. From its lobby carpet pattern borrowed from The Shining’s Overlook Hotel to the fact that when you check the time by pausing the game, you’ll see it displayed on your father in-law’s pocket watch. There’s also the need to perfect your timing even for actions that appear almost irrelevant when you undertake them, but which go on to have serious knock-on effects for the scene.

While the interface works on Xbox, having to drag inventory items onto other props to use them is fiddly with a controller, in a way it clearly wouldn’t be with a mouse. As if the light clunkiness wasn’t enough to remind you, its port from PC remains visible in its opening ‘Press any key to continue’ and the mouse-based control help panel, both hangovers from its Windows incarnation.

The overriding issue though, is the sheer claustrophobia of the environment. Even though, as you progress, you unlock what amount to shortcuts through the dialogue and actions, you’ll be listening to the same lines recited ad nauseam. Trying out a particular theory or conversational option can take several minutes to set up and if you mess that up, or it doesn’t work, you’re once again right back at square one.

There are a number of ways to resolve things, including benign outcomes and others that result in your death, or the killing of the policeman or your wife. Getting to the more satisfying conclusions takes time and experimentation and, unlike many adventure games, thinking about the situation while you’re not playing it can lead to eureka moments that you can then go back and test.

It’s still a process fraught with frustration though. The game’s cleverness, and subtlety in hiding things in plain sight, is unable to make up for the fundamentally repetitive nature of its gameplay, and the tiny area in which it all takes place. Twelve Minutes is a unique game, with real heart and ingenuity, but plumbing its depths can feel exasperating.