Though combat is the most popular means of winning a game of Magic: The Gathering, there are other ways players can win a game of Magic. One of the most popular of these alternative win condition is mill. Milling is the act of putting cards directly from a player’s deck into their graveyard. If a player were to draw a card and there are no cards left in their deck, that player loses the game, making Mill a potential means of taking out other players in a game of Commander.

While mill can be used on opponents, players are also capable of milling themselves as a means of easily accessing cards in their graveyard. So today, we’re going to dive into mill decks in the Commander format and see which commanders are the best options for those seeking to build a mill deck! 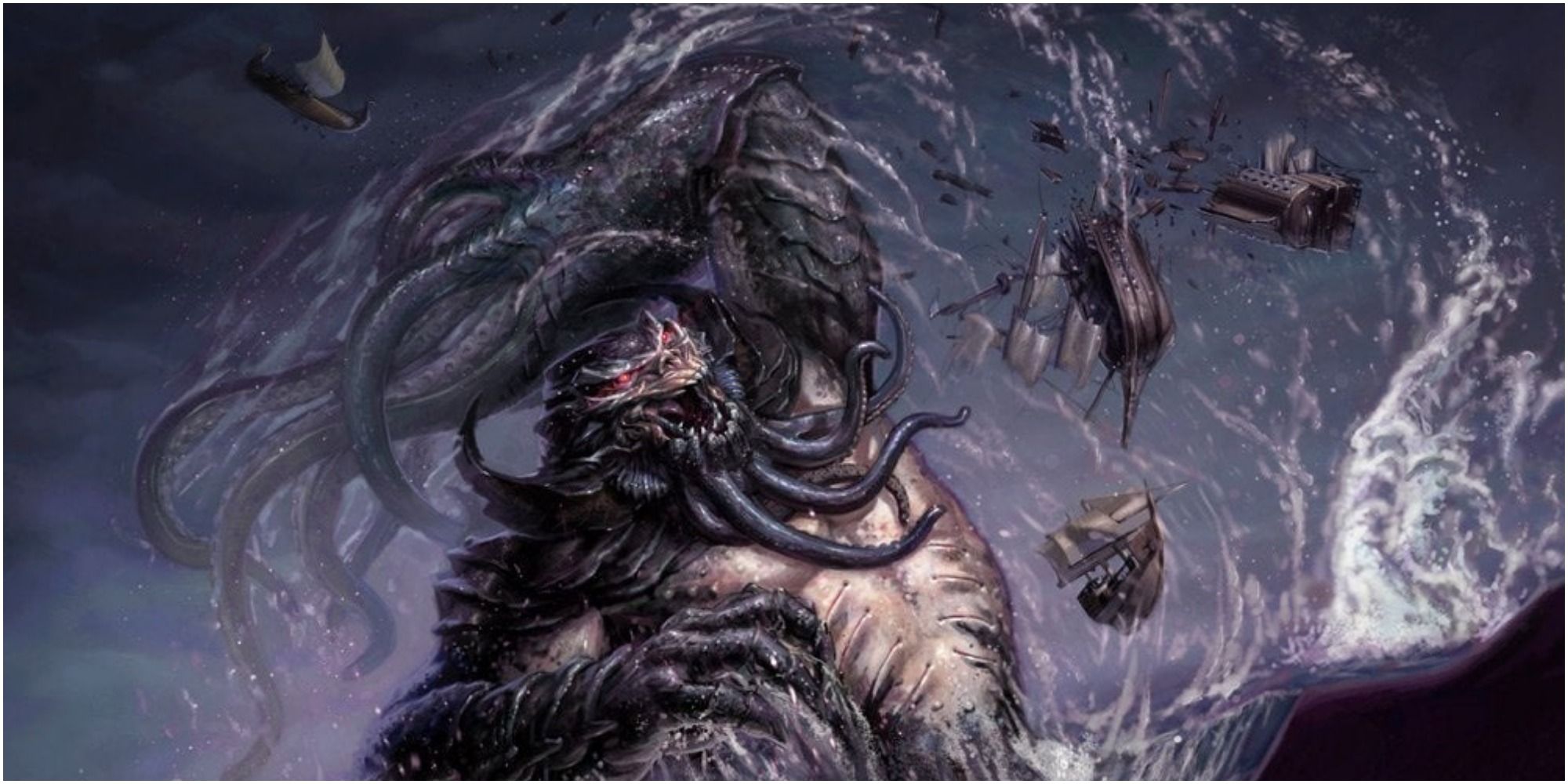 A 5/8 for six mana, Wrexial the Risen Deep is a legendary kraken who upon dealing combat damage to a player, allows its controller to cast an instant or sorcery from that player’s graveyard without paying its mana cost.

This ability pairs very well with the numerous mill options that Wrexial has access to within its Dimir color identity, filling a given player’s graveyard with impactful spells that can then be cast for free. 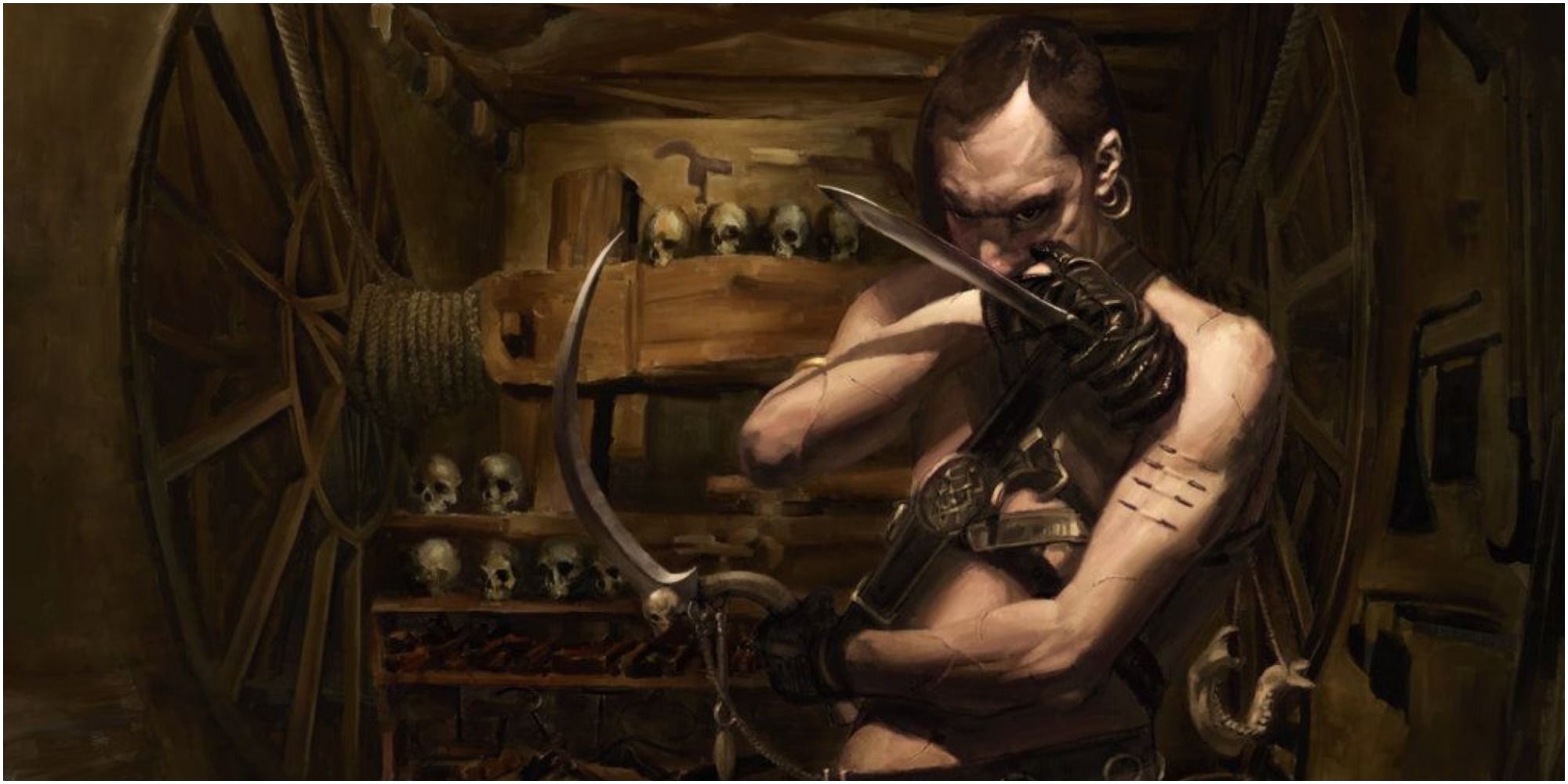 Circu is a reliable means of consistently milling an opponent due to his ability triggering upon nearly any spell in its respective deck being cast. Additionally, as the cards that Circu mills are exiled rather than put in a graveyard, even decks with large amounts of recursion will be suffering great losses. 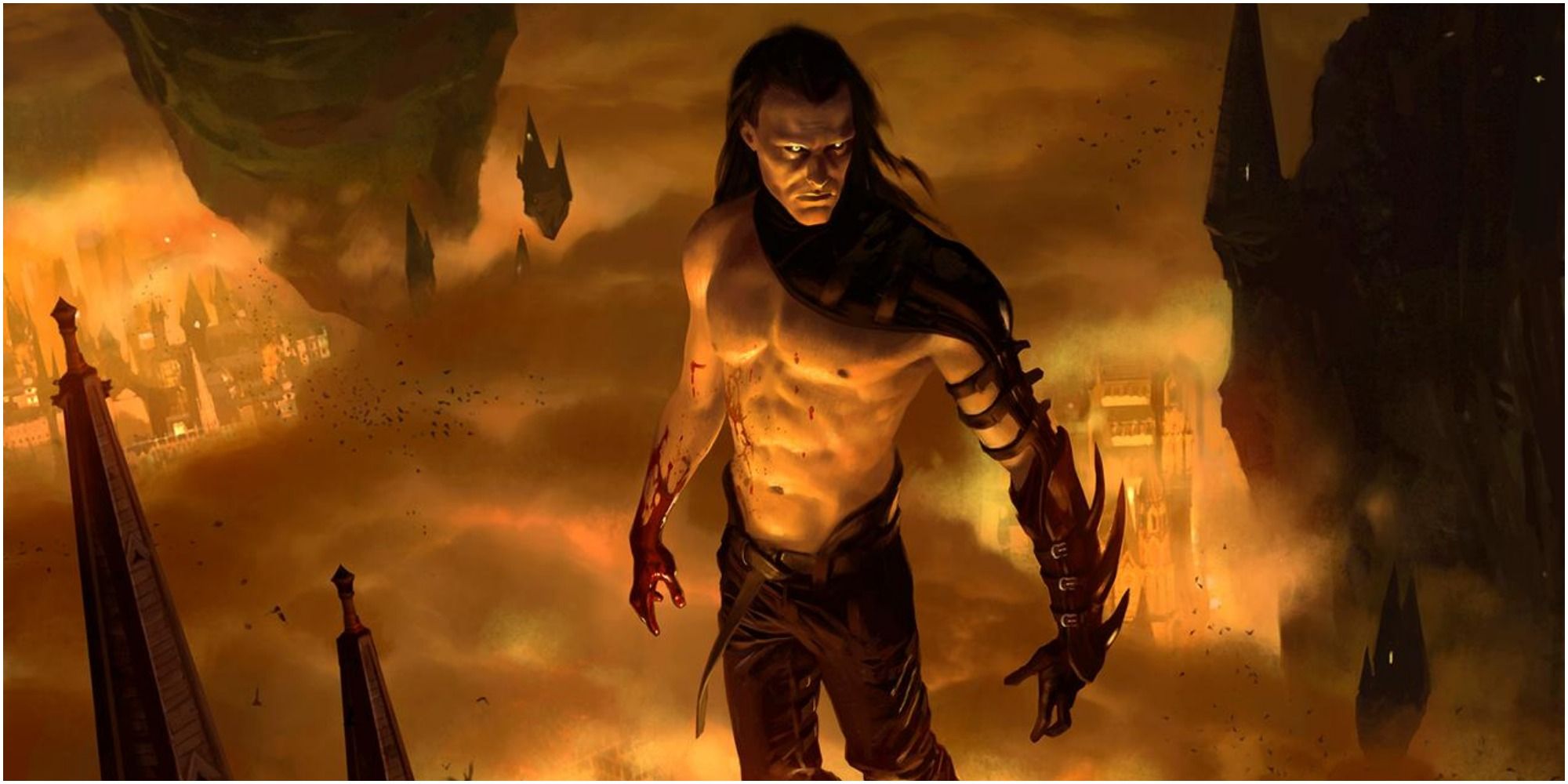 A 2/4 vampire with flying for five mana, Mirko Vosk, Mind Drinker can mill an opponent a substantial quantity of cards each time he deals combat damage to a player. Upon inflicting combat damage to a given player, that player reveals cards from the top of their library until they’ve revealed four lands. Then, all of those cards are put in that player’s graveyard.

This ability can remove tons of cards from a player’s deck, especially if Mirko Vosk is left unchecked over the course of multiple turns, and can truly be devastating against decks that contain low mana curves and by extension, less land. 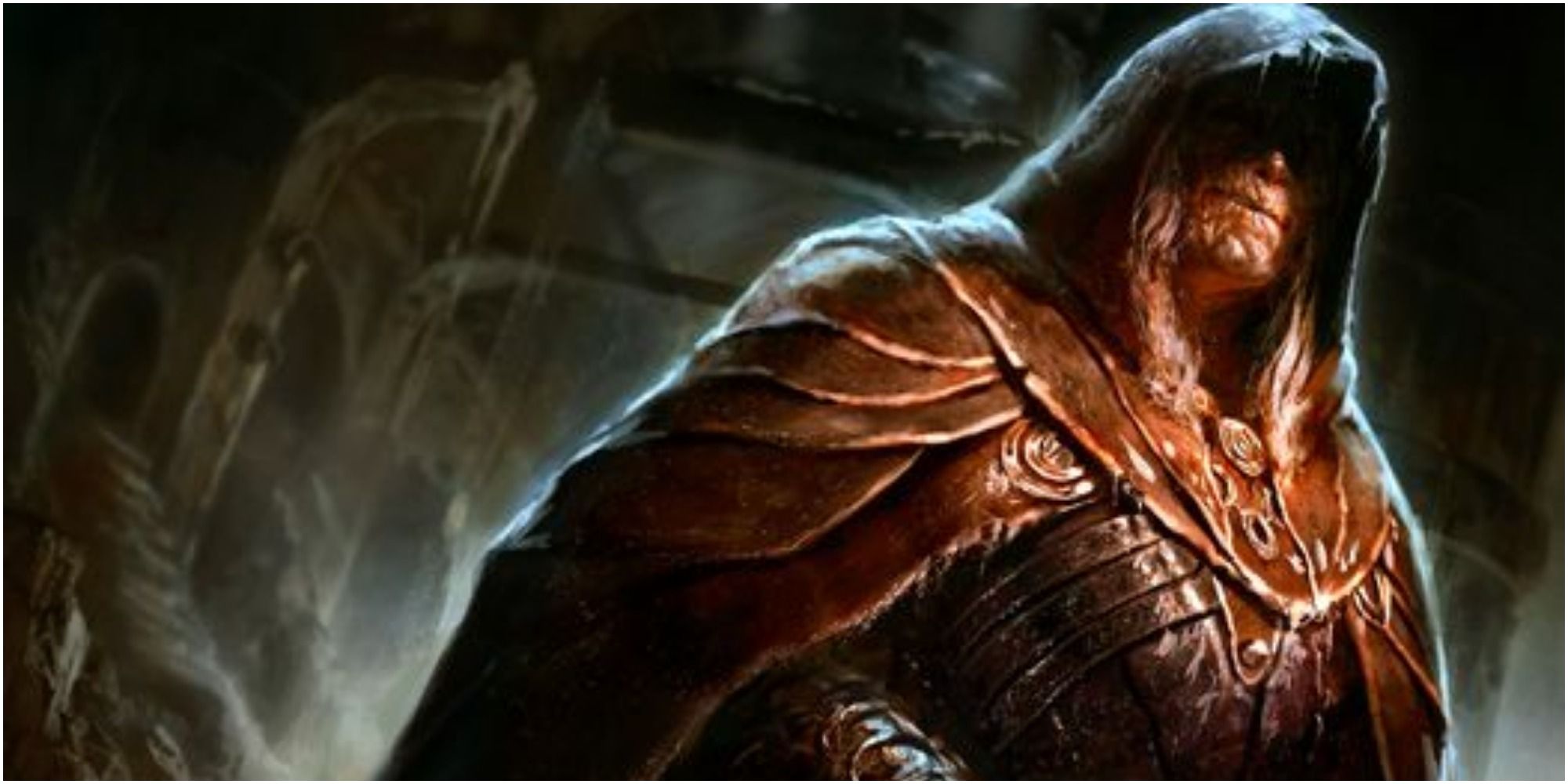 The head of House Dimir, Lazav, Dimir Mastermind is a shapeshifter who pairs well with copious amounts of mill spells.

Though Lazav is a 3/3 with hexproof for four mana, Lazav is capable of turning into a copy of any opponents’ creatures that are put into a graveyard from anywhere. This means that while creatures destroyed with removal may be copied with Lazav, the same can be done with milled creatures, meaning that a Lasav player may have access to an opponent’s strongest creature before they do.

Furthermore, whenever Lazav becomes a copy of a creature, Lasav maintains hexproof and the ability to become a copy of creatures put in graveyards, so it can continue to adapt. 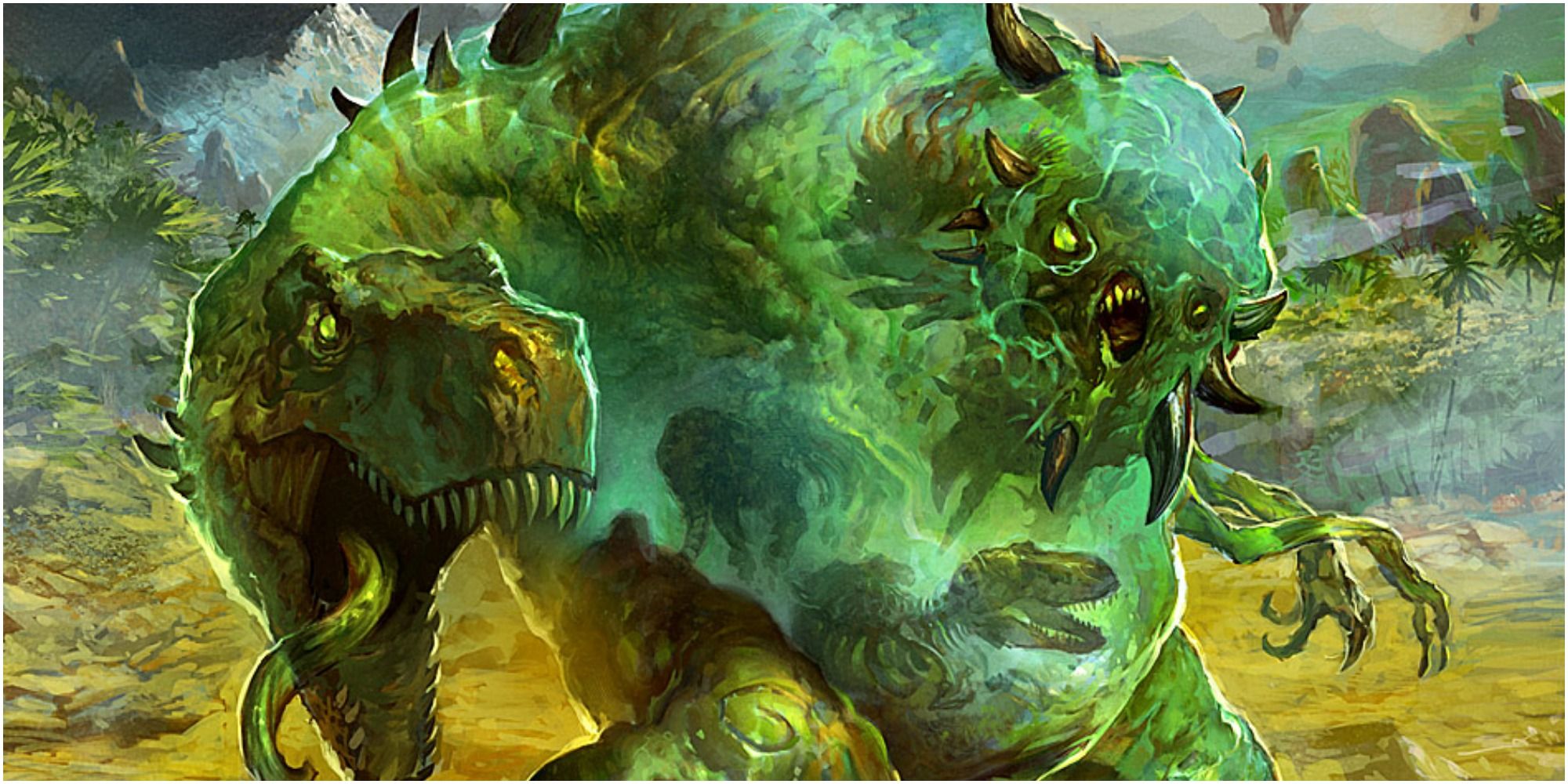 A sultai mill option, the Mimeoplasm has the distinction of being a powerful mill comander whether its controller is milling an opponent or themselves.

Upon entering the battlefield, The Mimeoplasm can exile any two creature cards from graveyards. It then enters the the battlefield as a copy of one of the exiled creatures, coming along with an amount of +1/+1 counters equal to the power of the second exiled creatures. This makes the Mimeoplasm quite flexible and adaptive, as it can use any creatures in players graveyard to be a source of both utility and offense.

5 Oona, Queen Of The Fae 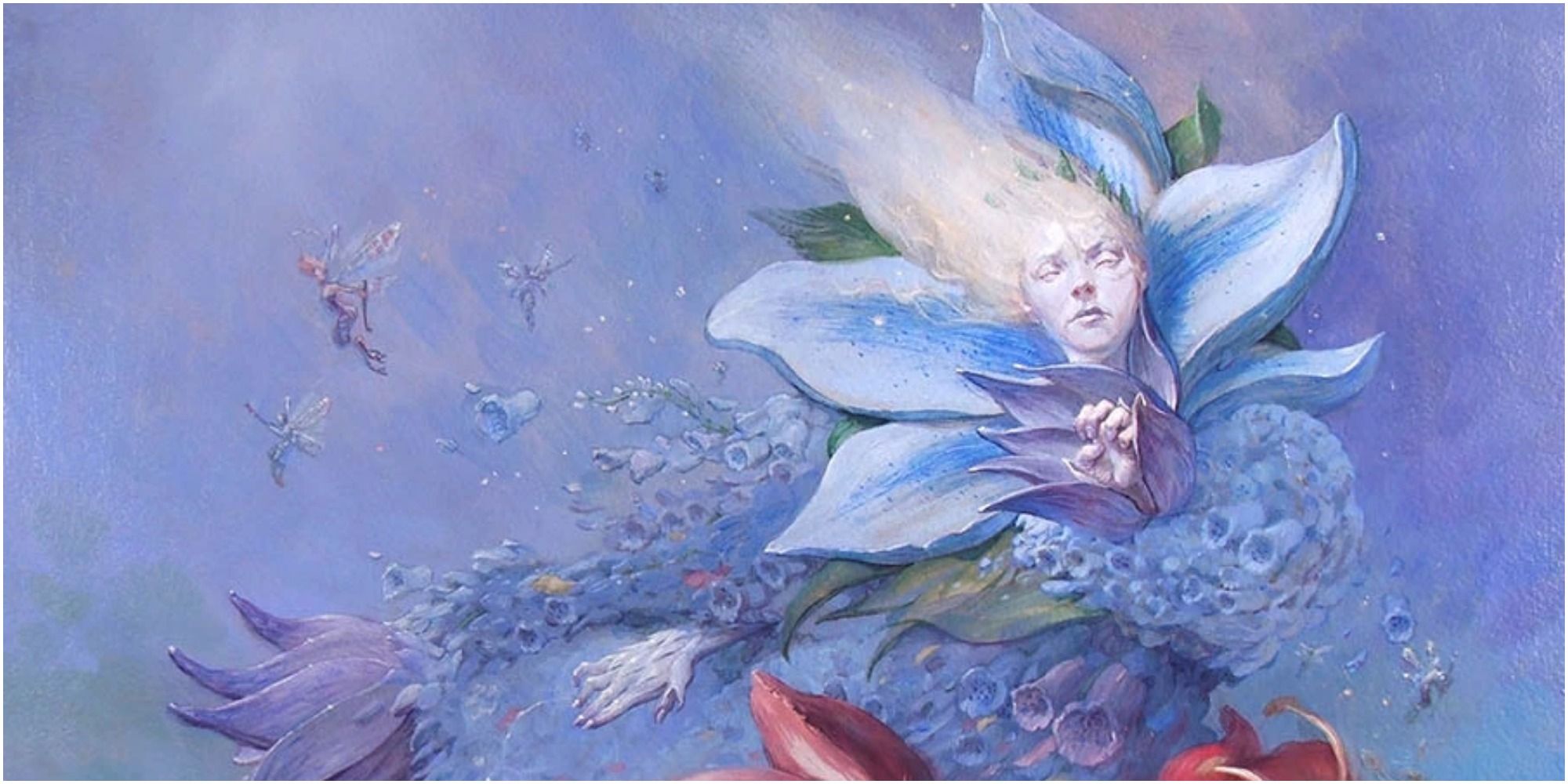 As long as a mill player has mana to spare, few can compare with Oona, Queen of the Fae.

A 5/5 with flying for six mana, at any time, Oona’s controller may pay one mana and X, choosing a color. Target player than mills X, and Oona’s controller creates an amount of 1/1 flying faerie rogue tokens equal to the amount of cards milled that were of the chosen color. When paired with massive amounts of mana or even combos capable of creating infinite mana, Oona can mill massive chunks of a player’s library at a time, even milling the entire thing if infinite mana is involved. 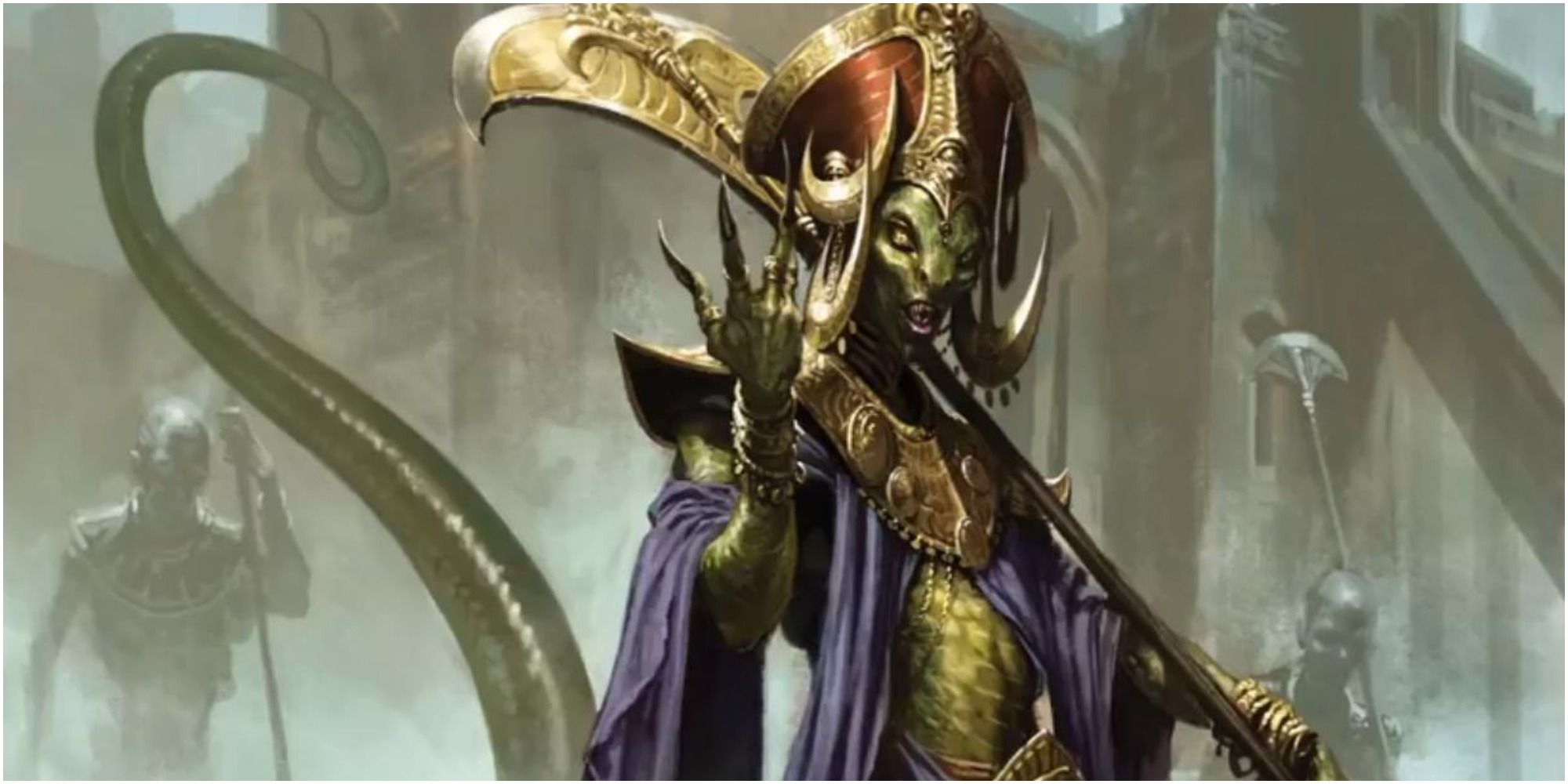 A dedicated self-mill commander, Sidisi, Brood Tyrant is a card that is capable of converting its controller’s library into a self-milling engine of value.

Whenever Sidisi enters the battlefield or attacks, its controller puts the top three cards of their library into the graveyard. This synergizes in noteworthy effect with Sidisi’s triggered ability which creates a 2/2 zombie token whenever one or more creatures are put in the graveyard from the library of Sidisi’s controller.

Because of the wording of this ability, it’s advised to use repeatable abilities that can mill one or two cards at a time in order to create a zombie horde, as milling a massive portion of ones deck at once will only result in a single zombie being created. 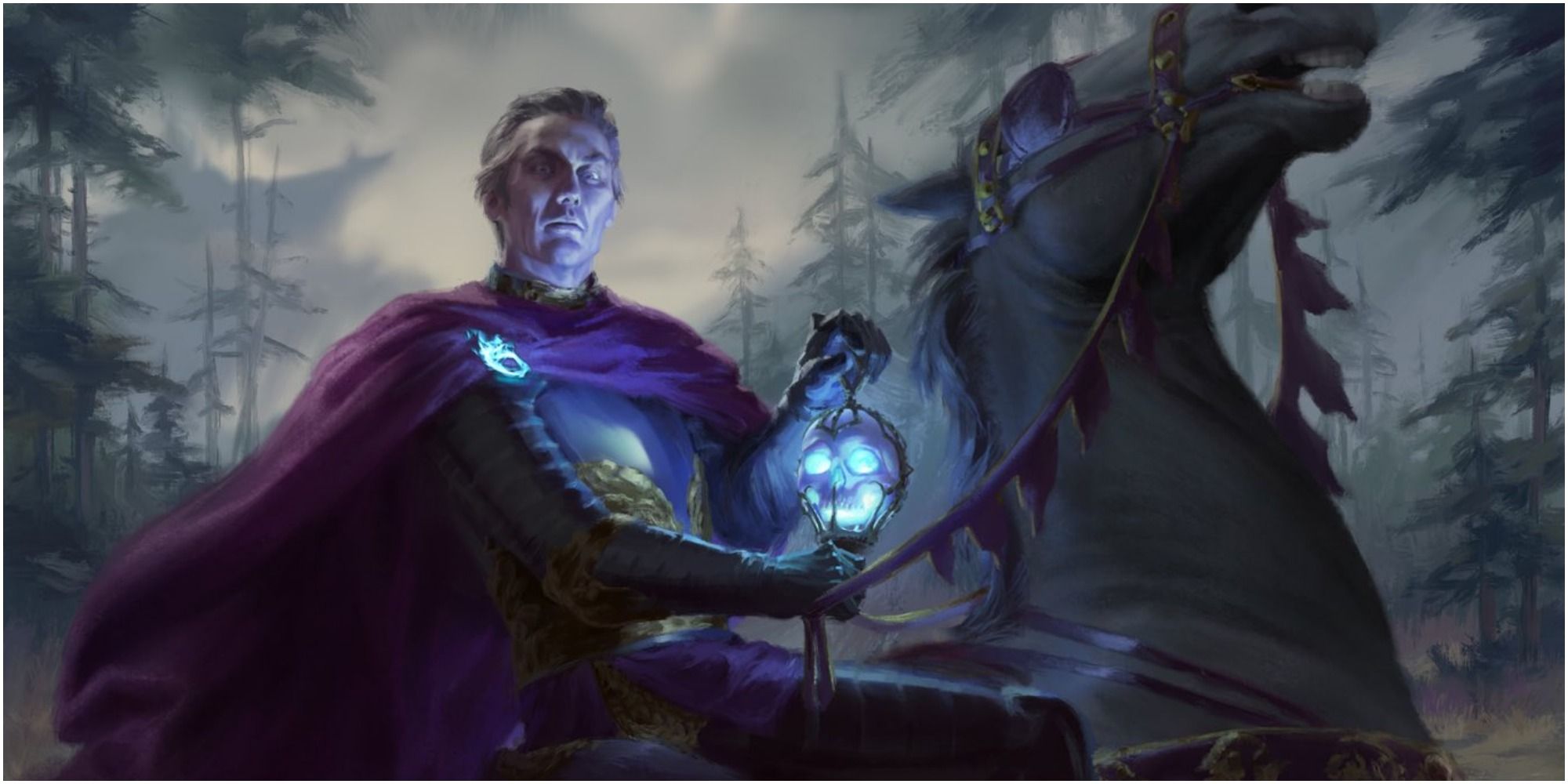 The most recently printed entry on this list, Syr Konrad, the Grim is a mill commander capable of converting mill into direct damage.

This synergizes in fantastic fashion with Syr Konrad’s activated ability to mill each player a single card at the cost of two mana, an ability that becomes proportionally stronger for each player in the game. 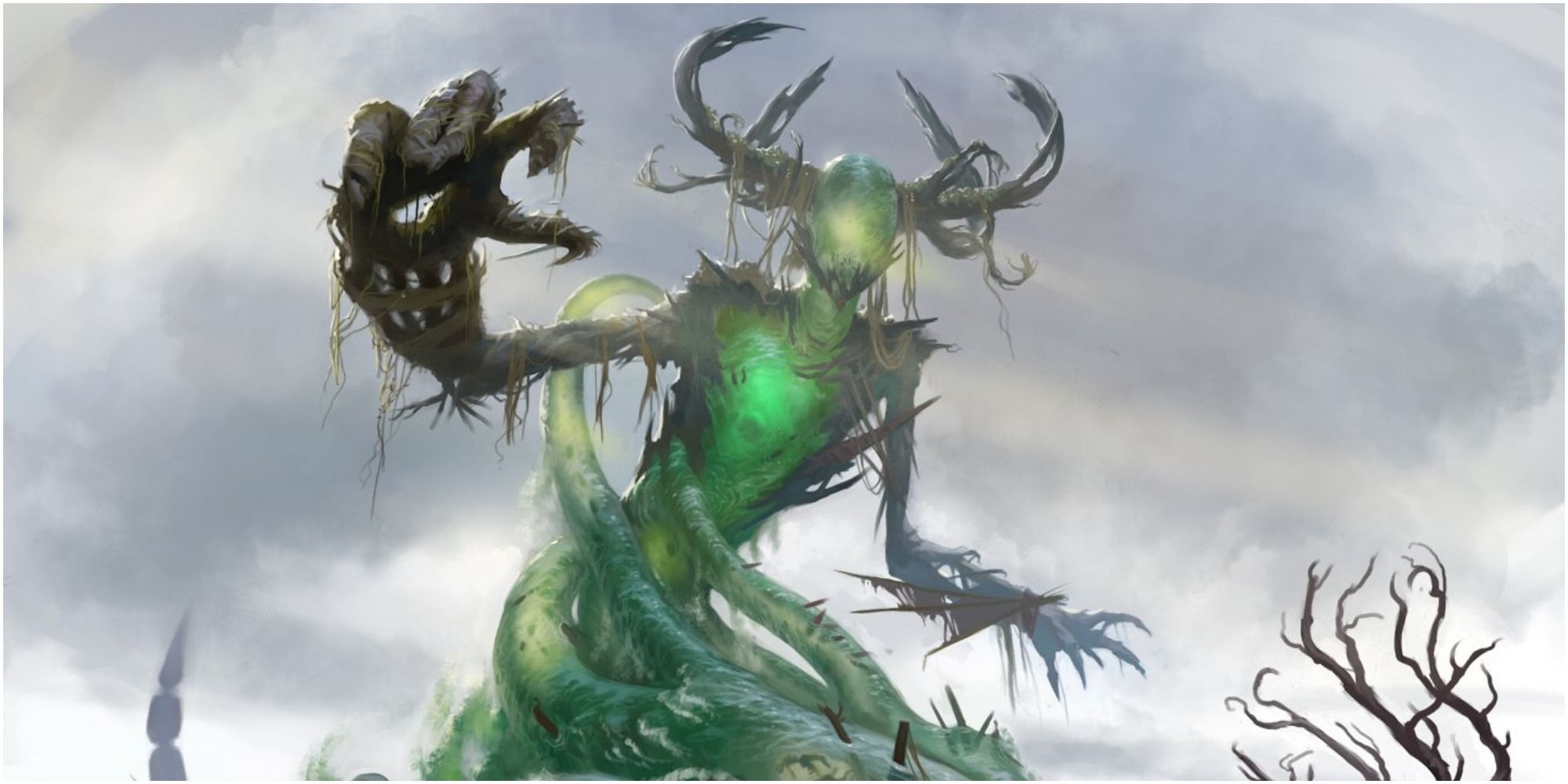 Like Sidisi, Muldrotha, the Gravetide is a commander who incentivizes the use of self-milling effects by its controller.

Enabling one spell of each card type to be cast from its controller’s graveyard each turn, Muldrotha essentially turns its controller’s graveyard into an extension of their hand. This means that the more cards a Muldrotha player mills, the more cards they have available to cast and the more options they have when responding to opponents and achieving victory. 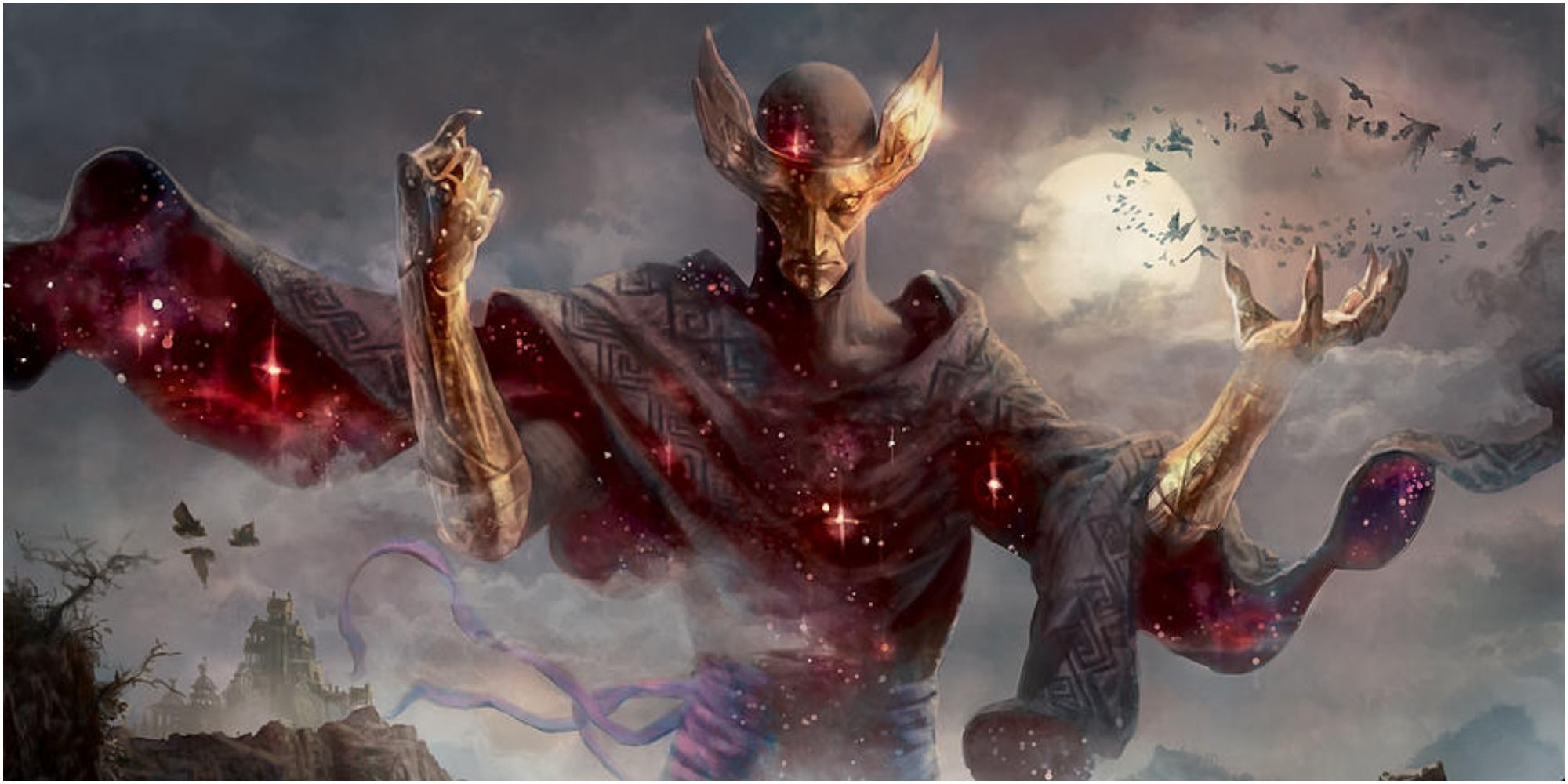 By and large the most reliable and effective mill commander is Phenax, God of Deception. As one of the gods of Theros, Phenax is incredibly difficult for opponents to remove, possessing both indestructible and a clauses stating that Phenax isn’t a creature as longs as its controller doesn’t have a devotion to black and blue greater than or equal to seven.

In regards to mill, Phenax’s ability is straightforward, allowing any creature controlled by its owner to be tapped in order to mill any player an amount of cards equal to that creature’s toughness. This commander retools any and all creature into effective mill engines capable of quickly mowing through a player’s deck.