Things We Wish We Knew Before Starting Myth Of Empires

Myth of Empires is a massively multiplayer sandbox that tasks players with surviving and thriving within an Ancient Eastern-inspired continent. Developed by Chinese indie studio, Angela Game, this open-world title challenges players to build up their own empire from scratch by gathering resources and crafting a multitude of items.

Myth of Empires starts players in a PvE type server where they will learn the basics of the game before giving players the choice of joining a PvP server to interact with other players. Joining such a server, while one of the game's attractions, is not a requirement for playing the game. You are more than welcome to play alone or with others. Whichever you choose, there are a few things to know before starting. 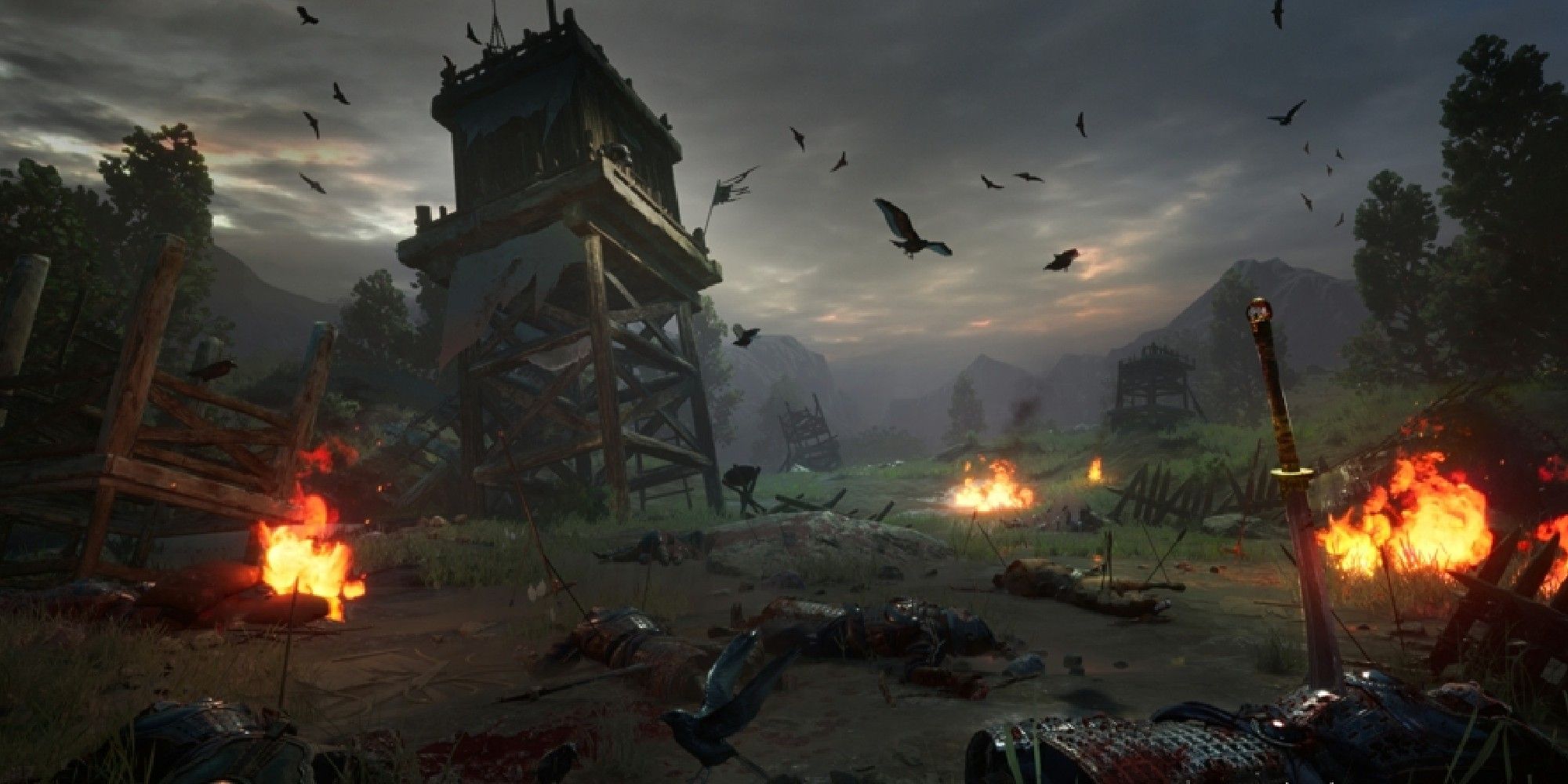 One of the most jarring things about this sandbox game is the fact that it is a survival game. Yes, this is one of the selling points of the game, but that fact doesn't truly set in until you start up the game. As a sandbox-style game, players are given a certain expectation that they can go around and do whatever they like and they're right, to an extent.

Yes, you're free to go wherever you want, build whatever you want, and do whatever you want, but there are limits. You aren't invulnerable, resources aren't unlimited, and you start with nothing. In Myth of Empires, you will have to hunt, farm, and craft to survive in this world. That's not even taking into account the other players roaming around looking to bully rookies.

7 Mother Nature Is An Enemy 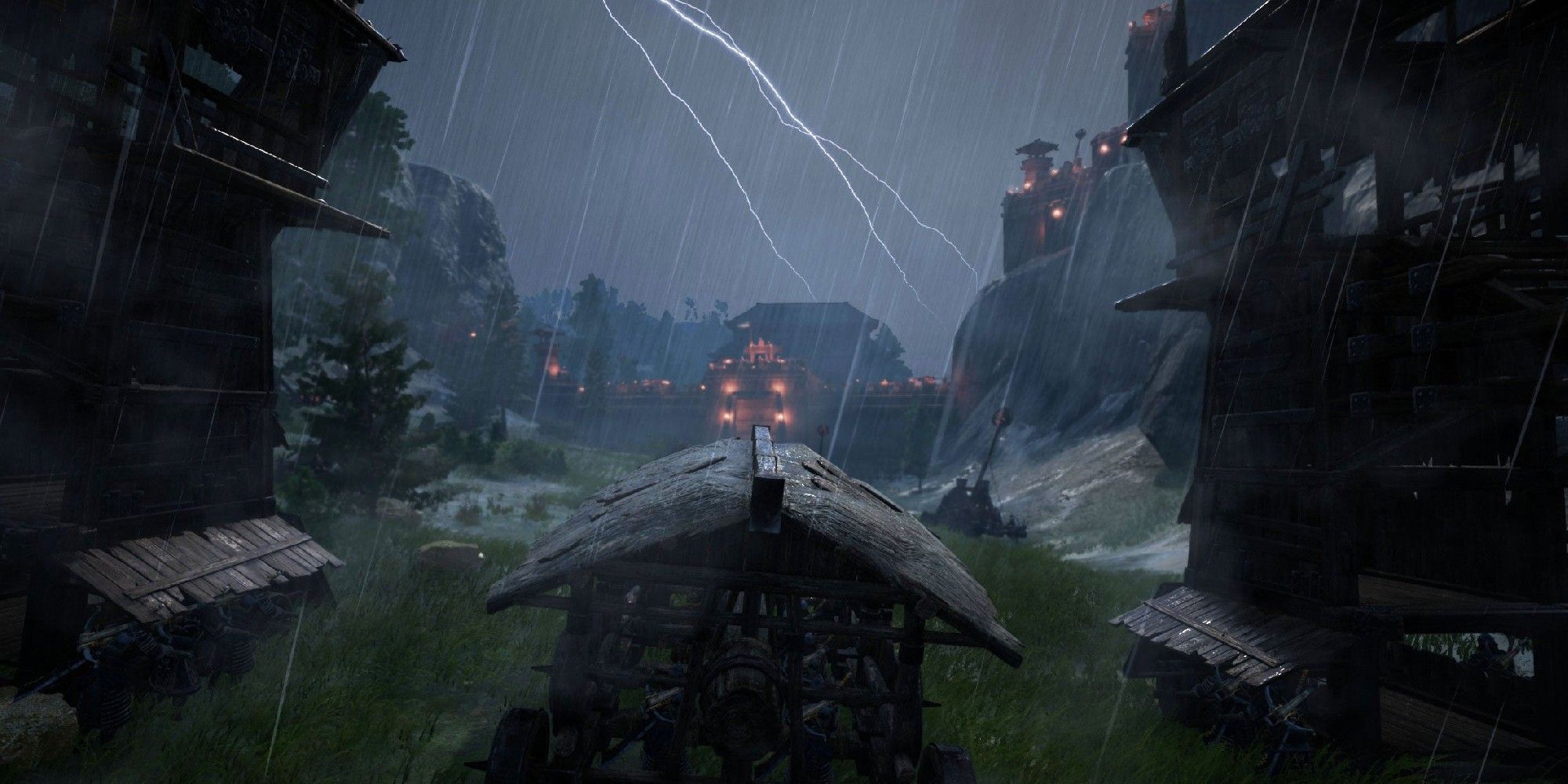 When it comes to survival games, most players prioritize weapons and armor. It's only natural as iconic games such as Minecraft and Terraria have created a type of meta that emphasizes growing in strength as quickly as possible. However, in Myth of Empires, there's more than just the various hostile NPCs to worry about. Mother Nature herself is one of your enemies.

Weather plays a huge role in Myth of Empires' gameplay. There are, of course, benign types of weather like sunny days and scattered showers, but there are quite a few that are harmful and dangerous. Out of nowhere, players can be subjected to frigid blizzards, relentless sandstorms, and even noxious rolling miasmas. With all of these factors, it's imperative to build an adequate shelter before crafting weapons. 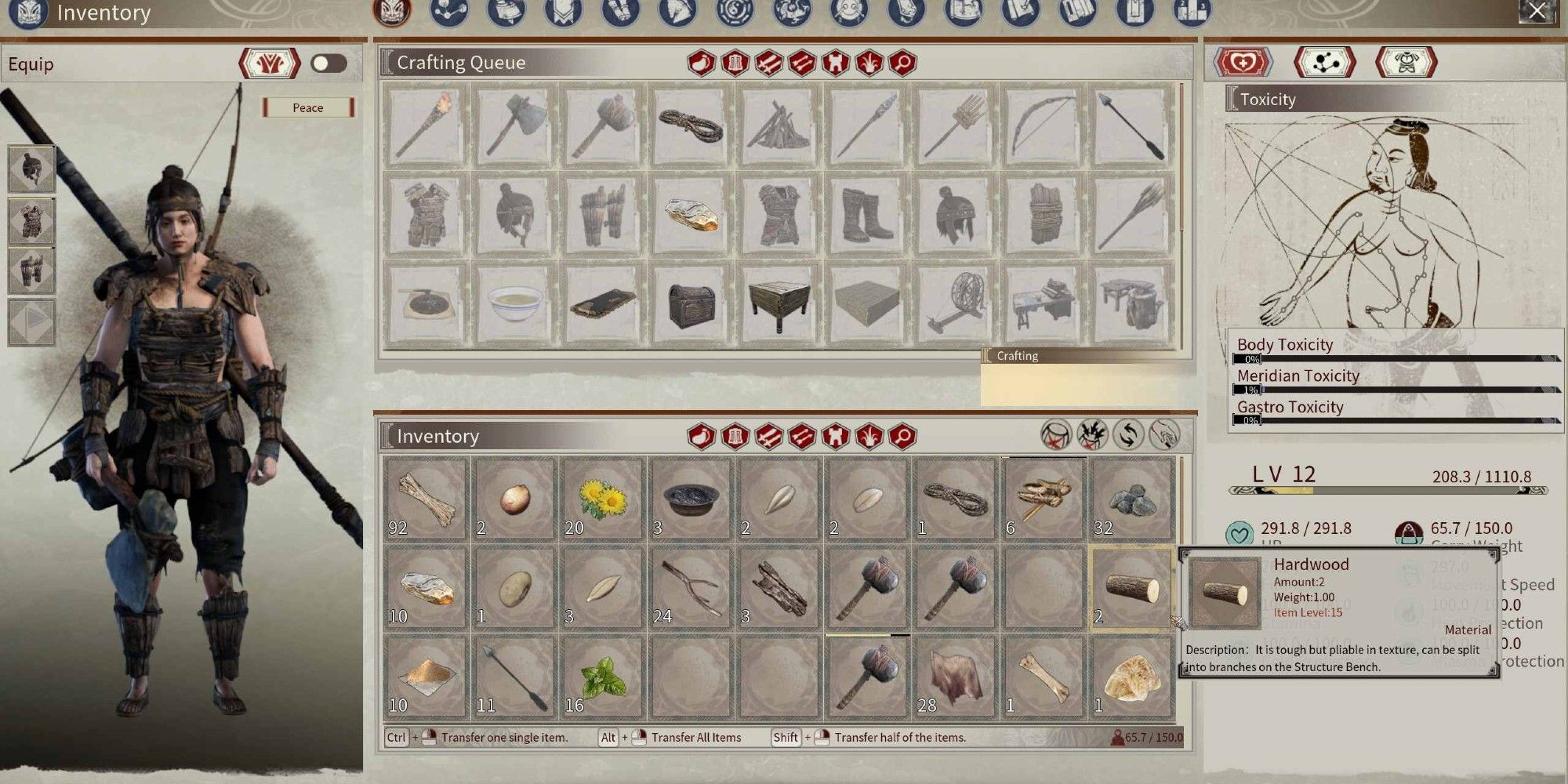 At the start of the game, players are given a carrying capacity of 150 lbs. At first, this seems like quite a bit, but, as you begin to explore and gather resources, that space fills up pretty quickly. This can be especially inconvenient as everything you craft is made from scratch, meaning picking up everything you find is a requirement, but don't feel discouraged. There are a few ways to keep your precious resources.

At level four, players gain the ability to craft a wooden chest to store items at their base. This item can be upgraded to fit more items at later levels. If you are on the go and don't want to drop anything, having a horse is beneficial as they have their own carrying capacity that dwarfs your own. Finally, increasing your character's Physique Skill will increase your carrying capacity in turn.

5 You Can Set Up Teleportation Points 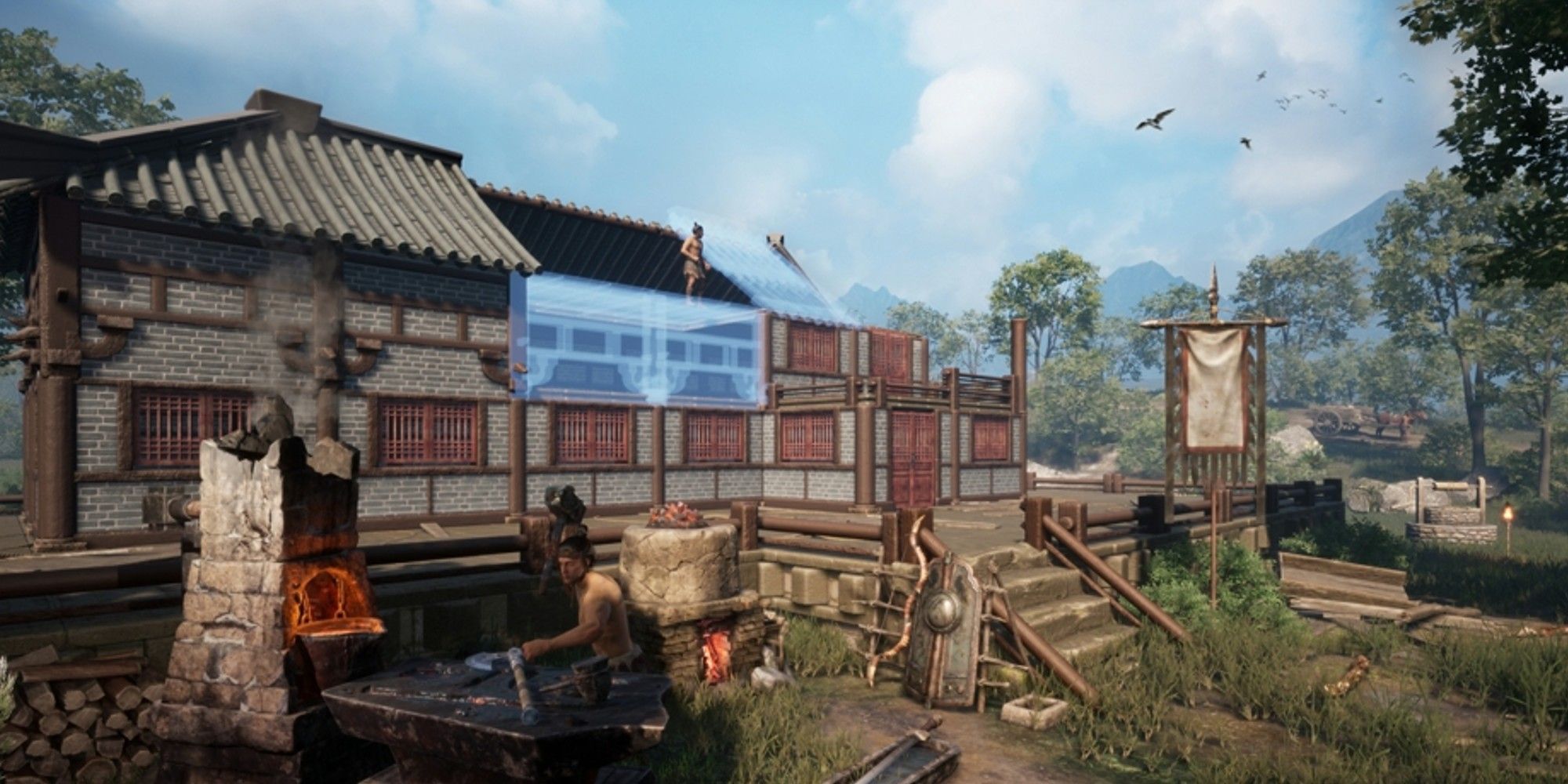 The world of Myth of Empires is incredibly expansive. There are mountain ranges, forests, plains, practically every natural biome. As such, traversing such a world, while fun at first, can quickly become tedious and exhausting, especially if you have to go back and forth between two areas. As such, the developers introduced fast traveling.

After setting up a Bedroll or Wooden Bed, players can teleport to these items from anywhere on the map no matter the distance. However, there is a catch. By teleporting, players are forced to drop their entire inventory. If you don't want to have to start from square one, it might be a good idea to leave a chest or cabinet by a bedroll to store your items. 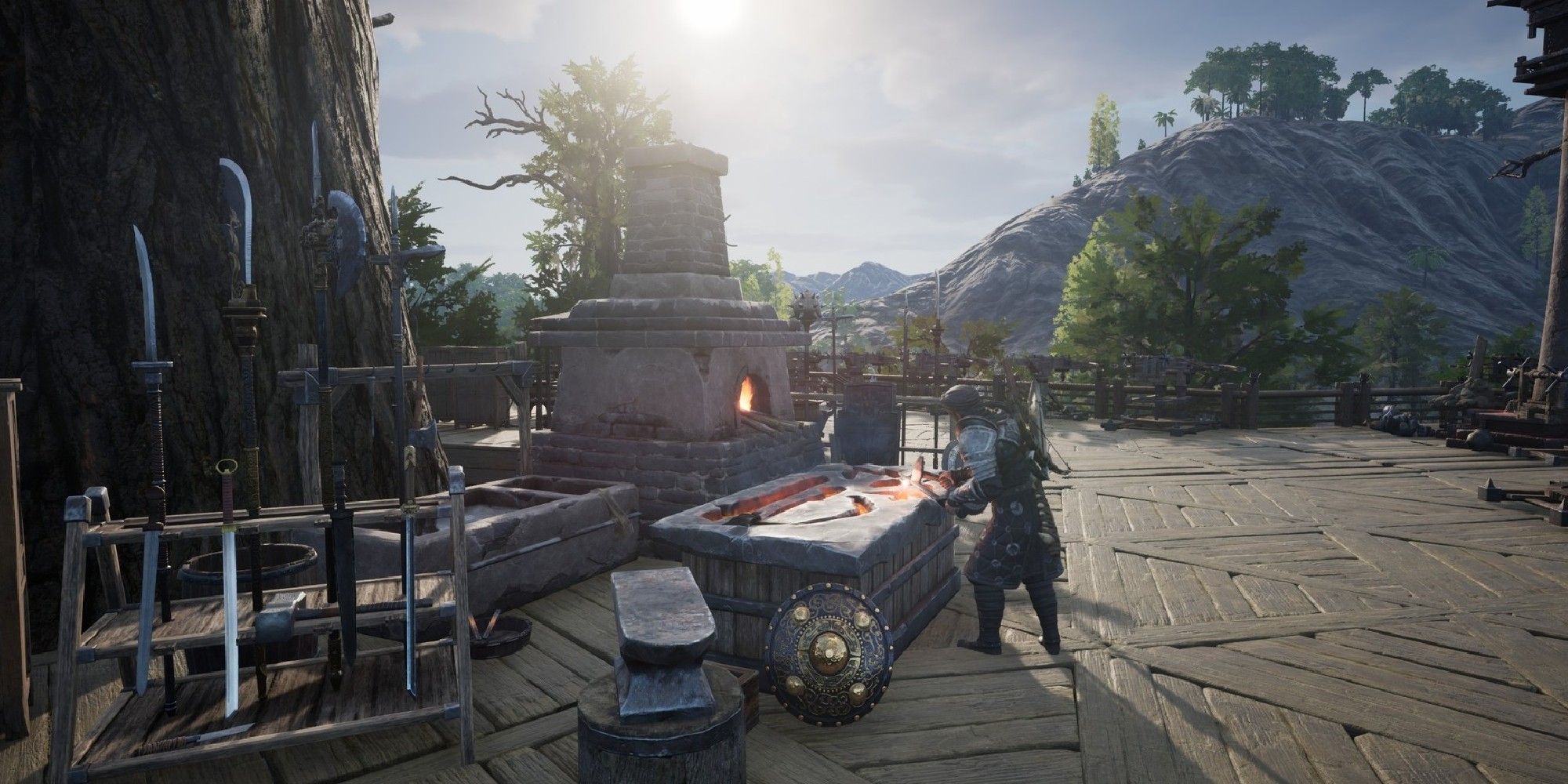 Gaining XP is a rather easy thing to do in Myth of Empires. You gain it by gathering resources, crafting, and even pulling up blades of grass. It's a rather generous system, but it can be slow going. Doing a monotonous task over and over again can get boring very fast. There are quests of course, but even those only give a small amount of XP. If you're impatient, you might have to venture out into one of the PvP servers.

While it may be daunting to enter a player-infested server, the benefits far outweigh the potential risks. For one, there are far more resources to be found, and the XP for gathering these items is significantly greater. What's more, if you join a guild, you gain access to their Boundry Marker which can give players Blessings. Said Blessings can increase XP gains for an hour and, if you're willing to spend an extra coin, this increase can go all the way to 300 percent. 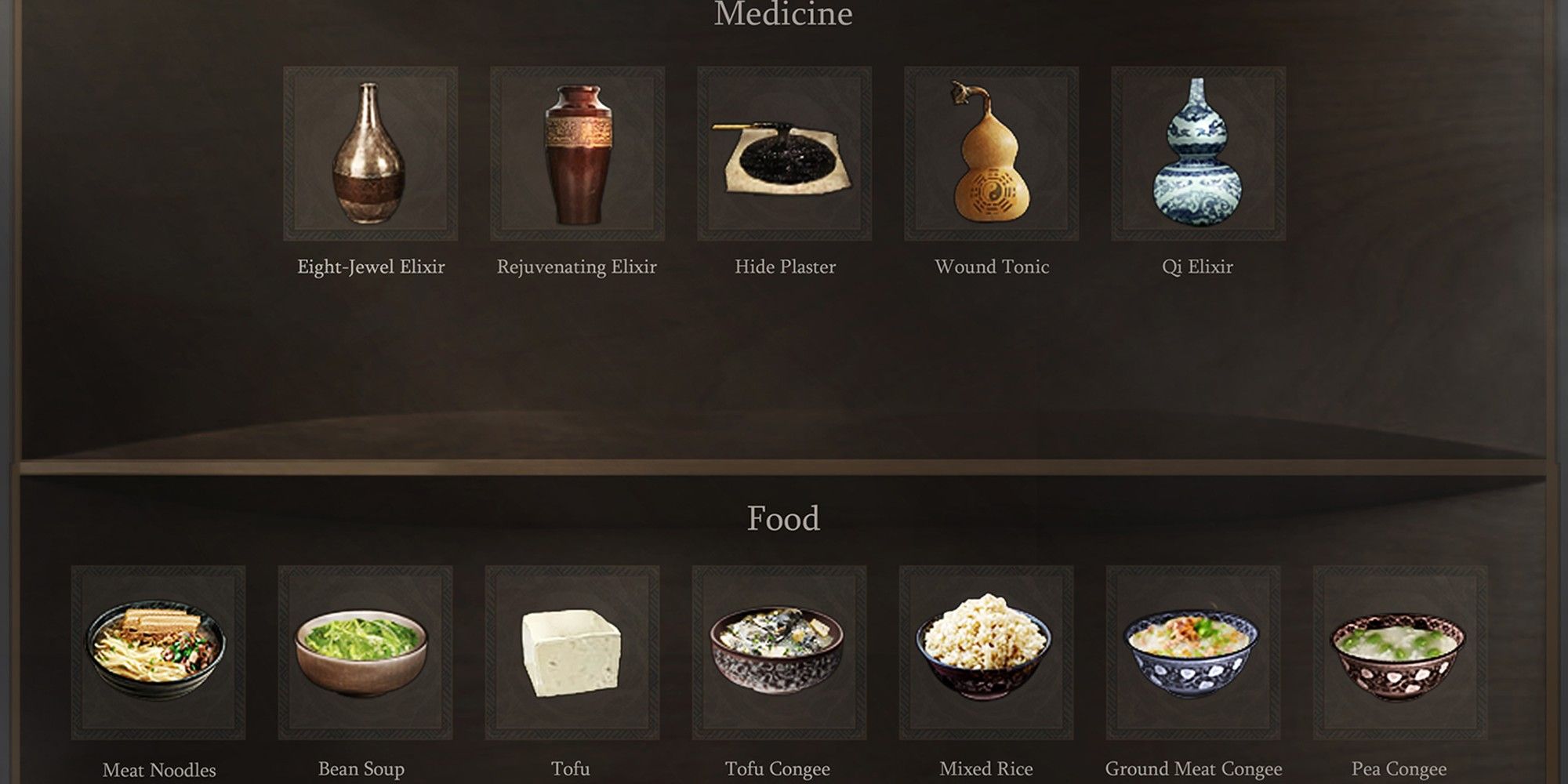 Like many survival games, crafting the right tool for the job is essential for your progression. Building weapons to conquer the various enemies that roam the world is practically a staple, and that remains true for Myth of Empire. However, this isn't your run-of-the-mill crafting system. This one is far more unique.

There are well over 1,000 recipes to be discovered in this game and that's not just referring to food items. There are numerous tools, weapons, and armor to be crafted using the multitude of minerals and other resources. There's even medicine that can be crafted to heal and stave off disease. Each item is authentic to the Ancient Eastern period this game reflects, giving more immersion to this already immersive world. 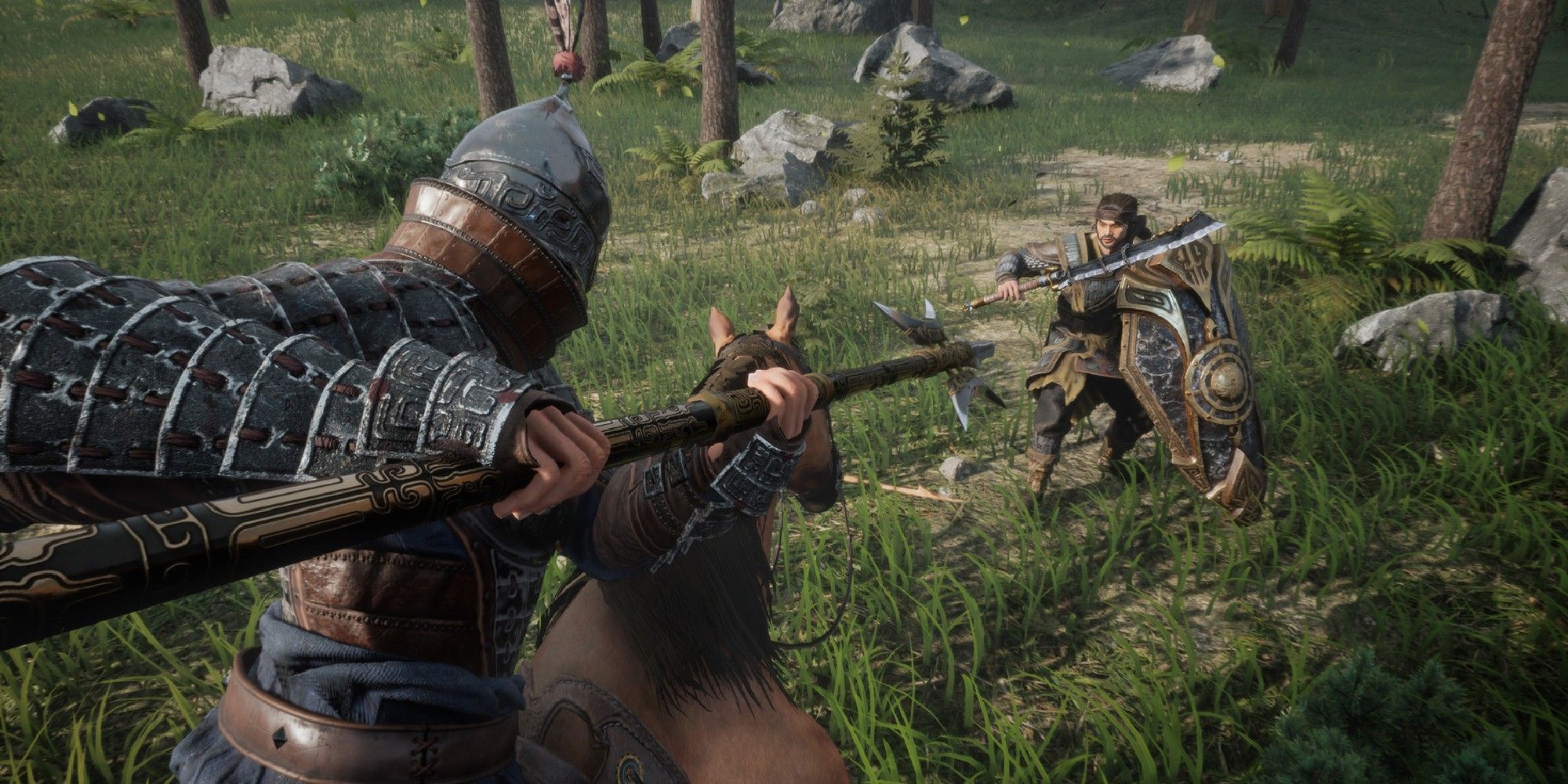 When combat inevitably winds up on your doorstep, there are a few things to keep in mind. Combat isn't as simple as swinging your weapon to the pace of your manic button mashing. No, each weapon in the game is programmed to mirror its real-world counterpart. Not just in looks, but in weight and feel. Some weapons can attack faster but do less damage while others are slower on their build-up but do more damage

Additionally, Myth of Empires incorporates a multi-directional combat system, giving the various types of battle far more agency than the typical MMORPGs. Players aren't just fighting one or two enemies. They are going against battalions. Hordes of hostile mobs and opposing players. You can attack, but can also be attacked in the same manner. It's up to players to decide how to proceed in combat and choose which weapon is best for each encounter.

1 How To Bring In The Money 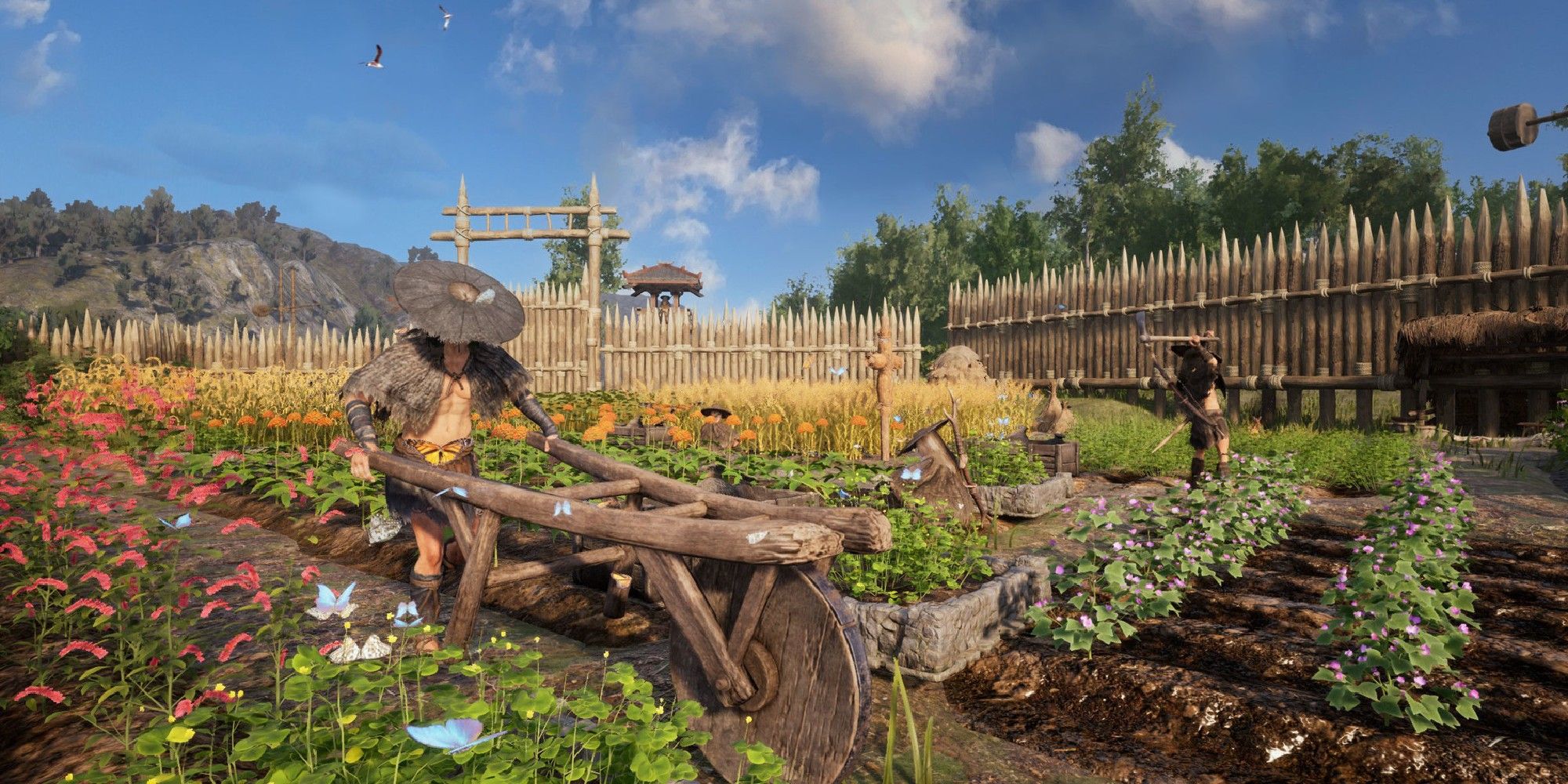 Like with any society, money makes the world go round. In Myth of Empires, copper coins are the main form of currency and can be used to pay taxes, hire protection, invest in Blessings, and a myriad of other things. While you can simply do quests or sell to merchants to earn coin, there is a far easier and more efficient way, though it does require the use of a PvP server.

The Boundry Marker, along with giving Blessings, has a feature called Resource Transfer. This acts as a standard merchant, but, as the name suggests, you sell resources. Items like bark, grass, and even rubble can be sold for a substantial amount. Considering how easy it is to gather such items, the money is practically infinite.